Scott is an Associate Attorney for the Seattle office of GLP Attorneys, P.S., Inc. He received his Juris Doctor in May 1994 from the University of Oregon. At U of O he was in the top 15% of his class while working as a full-time intern for the United States District Court for the District of Oregon.

Scott joined GLP Attorneys in 2012 with extensive experience in personal injury work, as well as over a decade of hands-on courtroom advocacy.

When he is not at work, Scott likes to play piano and spend time with his family on Vashon Island. 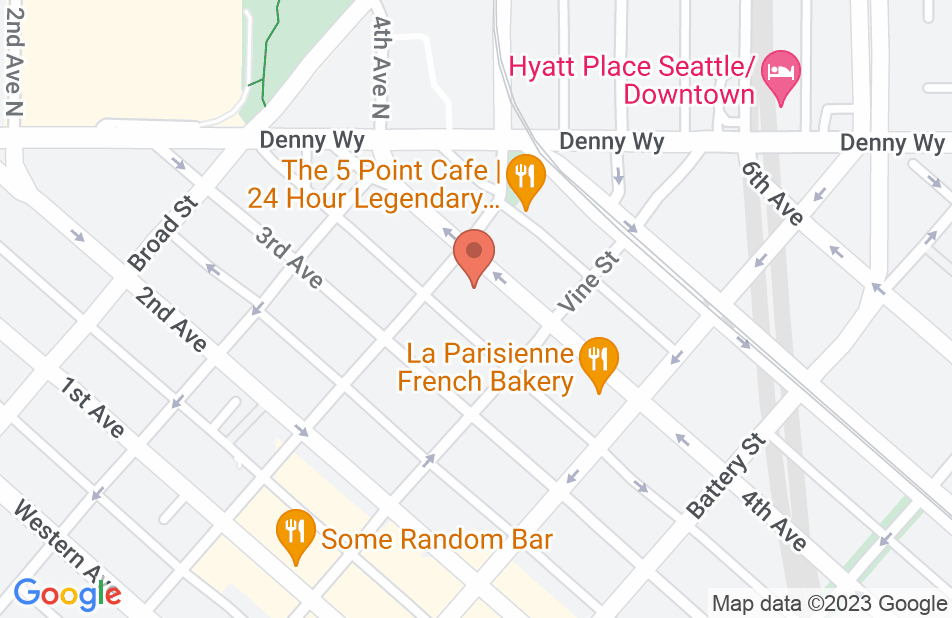 I almost didn’t engage a lawyer after being in a bike/auto accident (I was on the bike). I felt that I should have been more aware while riding and fortunate that my considerable medical bills were being paid by the PIP and my own health insurance. I was advised by some friends that the legal process was nothing but a headache and I would receive little for my trouble. After going it on my own for a short while and being stonewalled directly by the driver’s insurance company even for some small settlement, I decided to hire a lawyer. Scott was recommended to me by a fellow bike rider. He reassured me that I had a fairly good case, represented me successfully on my ‘unreasonable speed’ ticket issued to me at the accident while unconscious on the pavement, then put together a very thorough presentation to the insurance companies of my case. It was settled out of court for the full amounts allowed under the policies. Scott kept me well informed during the whole process, which contrary to my friend’s advice went very smoothly. I am lucky to have had his assistance and will certainly recommend him to others.
This review is from a person who hired this attorney.
Hired attorney

I engaged Mr. Shawver to handle the legal aftermath of a auto/bicycle collision (I was on the bike.) Mr. Shawver met my expectations and got the settlement I deserved. During the long negotiation, Mr. Shawver kept me apprised of development and was always very pleasant and responsive. I will not hesitate to seek his counsel again and certainly recommend him to others.

Mr. Shawver is an exceptionally talented lawyer. He does not "sugar-coat" any situation giving one false hope. However, I was always well-informed of exactly what my expectations should be based on his research. Mr. Shawver is proficient in his inter-personal skills in and out of the court room. He has always returned my calls/emails in a timely manner and does not hesitate to call me with pertinent information or simply to see how I'm progressing during or after the fact. I have used Mr. Shawver's services regarding four different cases and each and every outcome was the very best possible within the law. I highly respect and recommend Mr. Shawver.

having been in an accident , i consulted with mr. shawver who adviced me on the legality of the matter. he followed up on documentation ,adviced me to fully exhaused my medical care and once i start to feel much better only then should we consider closure on the matter. needless to say he negotiated for a resonable compensation.

I have worked with Scott on many cases involving Insurance Bad Faith, and have come to know him as a dedicated and passionate attorney for Plaintiffs in this field of law. An endorsement for his work on Insurance Bad Faith cases is well deserved.

Scott is a very talented and compassionate trial attorney. He has obtained outstanding results for his clients, and has impressed me with his ability to understand and present his clients cases in and out of court. He is a valuable member of GLP Attorneys.

Having worked with Scott on many cases, I know him to be a passionate and detail driven advocate for his personal injury clients. I highly recommend him to anyone in need of a great attorney.

I have had the pleasure to know Scott the last four years and have seen first-hand his work. Scott is a compassionate advocate and experienced trial attorney. I recommend him for his work on personal injury cases.

Scott is a great advocate for his clients. He works tirelessly and fights hard to get his clients the best possible results. It is my pleasure to endorse Scott.

Scott Shawver is an accomplished trial attorney, who has never shied away from taking a tough case to trial when the opposing party acts unreasonably. At the same time, as a former trial attorney for a major insurance company, Scott knows how to present a settlement proposal in the best possible light so as to maximize the likelihood of settlement. I fully endorse this attorney.

I cannot recommend Mr. Shawver enough. I have seen first hand how he fights for his clients with such compassionate dedication. If someone in my family needed legal counsel, I would trust Mr. Shawver wholeheartedly because I know Mr. Shawver would be the best person to handle their case.

I first met Scott when he was working for an insurance company defending drivers in auto collision cases. I was impressed with his abilities as an opponent, and glad to hear when he changed his practice to representing those injured by those he used to defend. That insight into both sides of an auto claim makes him a great resource for me. I absolutely endorse Scott's skills as a lawyer and his commitment to his clients.

I endorse Mr. Shawver without reservation. He is analytical, has a wonderful "desk-side manner" with his clients, and has the experience to get things done. He is pleasant to work with or against, and yet he is not afraid of a fight.

Scott is a dedicated, hard working and outstanding advocate for his clients both in the criminal and personal injury fields. I have tried an extremely difficult first degree murder case with Scott. He demonstrated a keen ability to present effective legal arguments and handle extremely difficult witnesses (including a brain surgeon testifying for the state). I have referred many clients to Scott over the past several years and will continue doing so knowing they will receive the best legal representation availble. Carl Luer

I endorse Mr. Shawver's work. I have known Mr. Shawver for thirteen years. He is a conscientious, aggressive, and effective advocate for his clients.