Dane Torbenson is a Denver Native, and grew up in the Park Hill neighborhood in east Denver. After attending Denver East High School, he went on to earn a Bachelor of Fine Arts Degree in Theatre from the University of Colorado, Boulder. After a number of years as a starving actor, and jobs ranging from waiter to stuntman to private investigator to paralegal, Dane enrolled at the University of Denver College of Law, and received his J.D. in 1998. Dane began practicing criminal defense law at the law firm of Newell and Martens, and eventually became partner in the firm then named Newell and Torbenson. In 2003, Dane decided to broaden his practice to include other areas of the law, and joined the firm of his law school classmate and trial and appellate competiton partner Randy Corporon for nearly a decade until 2012.  After 2012, Dane was engaged in general litigation practice, with two other firms, with primary emphasis on family law and criminal defense litigation. In 2018, Dane Torbenson was excited to return to The Law Offices of Randy B. Corporon, P.C., where he currently practices. Dane's most frequent areas of practice include complex family law cases, criminal defense, contempt charges, and dependency & neglect.
Dane has frequently been involved in Denver Theatres as both an actor and a fight choreographer over the last 30 years, but his favorite role is as father to two amizing daughters adopted from China in 2005 and 2007.  Dane is a member of the Speaker's Bureau for the American Civil Liberties Union of Colorado, and is a member of the Colorado Bar Association, the Denver Bar Association, and the Colorado LGBT Bar Association. He lives with his wife and family in Denver, Colorado.
Specialties: Family Law, Criminal Defense, Civil Litigation 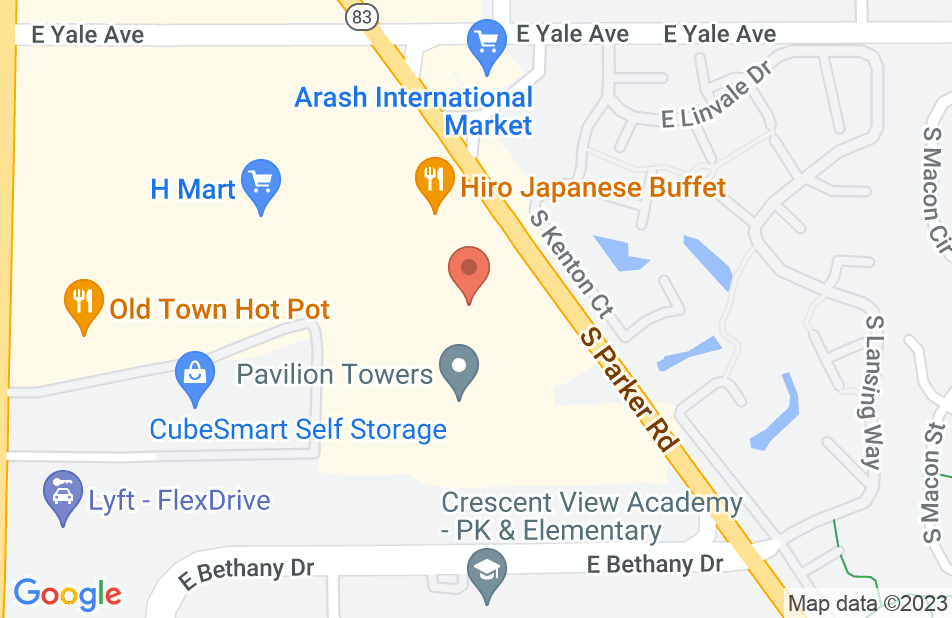 Dale Torbenson is an excellent lawyer. I had interviewed several lawyers via telephone for my case before speaking to Dale. Upon the initial call, I knew I wanted him to represent me with my case. He was completely thorough, non judgmental and very detailed in his explanations (which I needed because I ask a lot of questions.) He requested that I come into the law firm to speak with him that day, which definitely eased my anxiety. While in court, he again presented himself in the same professional, detailed manner and we achieved the desired outcome. I would definitely recommend Dale to anyone seeking a lawyer who specializes in Family law and Criminal law cases. He is the absolute BEST!
This review is from a person who hired this attorney.
Hired attorney

Dane, helped me through my divorce and was incredibly helpful and profession I would absolutely recommend using this business.
This review is from a person who hired this attorney.
Hired attorney

Highly recommended if you need a family law attorney

I highly recommend Dane Torbenson. Dane represented me during a challenging and complicated case with exceptional professionalism and expertise. Very quick to respond and always made sure I understood the situation.
This review is from a person who hired this attorney.
Hired attorney

Dane Torbenson is guiding me and my family successfully through a high-conflict divorce and child custody case. He has been well-prepared for court hearings and articulate in key motions which have resulted in favorable court rulings. Dane has maintained excellent attorney-client relations throughout and has always been very responsive to our questions and concerns. His calm, professional approach to a difficult case has been reassuring.
This review is from a person who hired this attorney.
Hired attorney

Dane made quick work of my divorce. It was a pleasure to work with him. I’ve since referred two of my friends to Dane for family law issues and they both received the same experience. Thanks Dane.
This review is from a person who hired this attorney.
Hired attorney

I retained the Law Office of Alexandra White, PC to represent me in my divorce process in June 2015. I worked with both Alex White and Dane Torbenson. Dane made a difficult situation easier to handle. He responded promptly and thoroughly to all of my questions and concerns, was prompt and professional, and kept me informed every step of the way. When this contentious case went to trial, Dane did an outstanding job presenting the facts to the court. His experience, presentation and demeanor resulted in a reasonable and fair outcome. I am very satisfied with the resolution of the divorce. I highly recommend Dane Torbenson and the Law Office of Alexandra White, PC to anyone looking for knowledgeable, experienced representation.
This review is from a person who hired this attorney.
Hired attorney

Dane Torbenson has represented me in custody battles and other cases with the same opposing person for over a decade. I wouldn't hire any other lawyer for numerous reason but ther is a concrete reason I stand firm on hiring Dane as needed. That concrete factor is through years of battle after battle against my child's other parent we prevail time and time again. I thought that as a man I would always end up losing going against my child's mother. With the experience that Dane brings to the table he does an amazing job bringing all of the facts to the courts attention and almost always ends up in a victory. If any of my friends or family asked for an attorney I would refer them to Dane. He will explain the battle ahead and will represent the client in an honest/ethical fashion for a very reasonable cost.
This review is from a person who hired this attorney.
Hired attorney

Get Dane on you side! Highly Recommend

Divorce is painful, complicated and lasting. Ensure you have a great team to support you every step of the way. In a 2016 divorce proceedings, Dane Torbenson provided great guidance, support and legal advice, including a court appearance that made all the difference for me. Thank you Dane for your help. It is greatly appreciated.
This review is from a person who hired this attorney.
Hired attorney

September 16, 2015 Law Office of Alexandra White PC Attn: PARTNERS Attn: Dane Torbenson, Esq. 12625 E. Euclid Drive Centennial, CO 80111 RE: RECOMMENDATION Salutations, This is to acknowledge your professional and legal services to myself as my former attorney of record regarding a highly complex multi-jurisdictional contemporaneous Family Law Matter (Colorado Invalidity of Marriage and Florida Divorce) proceeding. When I was looking for an attorney in the Denver-Metro area, I was looking for several qualities including: a genuine interest in my problems, knowledge and advice of what could and what should be done from a legal standpoint to get a fair or equitable conclusion, prompt and efficient response to my calls, personal attention and follow-up, and results that were favorable to our position. I found all those qualities in Dane Torbenson, Esq. who is now an attorney with Law Office of Alexandria White PC. Your hard work, dedication, endless energy, excellent litigation and writing skills and superior judgment resulted in a satisfactory conclusion. I want you and your staff to know how pleased I am with the favorable settlement reached in this case as well as the outstanding performance of Dane Torbenson, Esq.. Thank you very much Dane Torbenson. I would certainly recommend the Law Office of Alexandria White PC and Dane Torbenson, Esq. in all family law related matters. Sincerely, Gregory
This review is from a person who hired this attorney.
Hired attorney

Dane was very straightforward and patient. I was trying to modify my parenting time to include home visits in my home state. It was a pleasure working with him. Very informed and easy to speak to. Honest about the entire proceedings and he fought hard to get me everything I was asking for. Would definitely recommend and use Mr. Torbenson.
See all reviews

I would not hesitate to recommend Mr. Torbenson. We recently worked on a matter with complicated financial and parenting time issues, and Mr. Torbenson was extremely professional and settlement-minded. He was obviously more interested in solutions than problems and did a great job of working out creative settlement options to work around the hurdles the Parties were facing.

Dane is a strong advocate for his client. We had a difficult and complicated case which included divorce filings in two different states. Dane has the intellectual ability to understand difficult and complex cases. Dane has a calm demeanor. This assists him in negotiating settlement which saves clients money. However, if the case requires trial, he is more than capable of representing his client well at trial.

Mr. Torbenson and I have worked on several cases together ranging from divorce to modification of child support. Mr. Torbenson is incredibly knowledgable and focuses on minimizing the contentious nature of divorce and custody cases. He is highly recommended!!

I endorse Dane Torbenon, who is an attorney in the community that I have known since 1996. He is brilliant and very ethical and well-respected.

Honest and hardworking attorney with an extensive amount of legal knowledge.

Mr. Torbenson is an experienced and passionate attorney. Anyone needing legal assistance in or around Highlands Ranch, CO should seek his counsel.

I endorse this lawyer do not hesitate to call Dane. Extremely competent and direct advice.

Dane is a thoughtful, analytical and intelligent attorney who sees alternatives when others see a dead end. A capable litigator, he nonetheless excels in settlement negotiations.

I have long admired his legal acumen and compassion for his clients.

I endorse this lawyer. Mr. Torbenson shows in his responses that he is an excellent, caring and knowledgeable criminal defense attorney that you would be fortunate to have as your attorney.

I endorse this lawyer. I have known Dane for over 10 years and he is a very good criminal defense attorney with an excellent reputation.