Bill Van Horn has been serving the people of Colorado for decades. Bill originally came to Colorado from Iowa to enter the Air Force Academy as a young cadet. He returned to Colorado after years in the active duty Air Force to earn a law degree from The University of Denver Law School. Bill continued to serve our country in the Air Force Reserve retiring in 2004. During Bill’s early law career he was a law clerk to a Federal Judge, and a former Senior Litigation Attorney with the U.S. Department of Justice.

Bill moved into the area of family law and is recognized as a prominent, and highly respected professional in his field. He formerly practiced with the firm that writes the book on Colorado Family Law prior to opening his own practice.

Bill is married and he and his wife, Penni, have five adult children, two daughter-in-loves, and one grand-daughter. They attend Mile High Calvary. 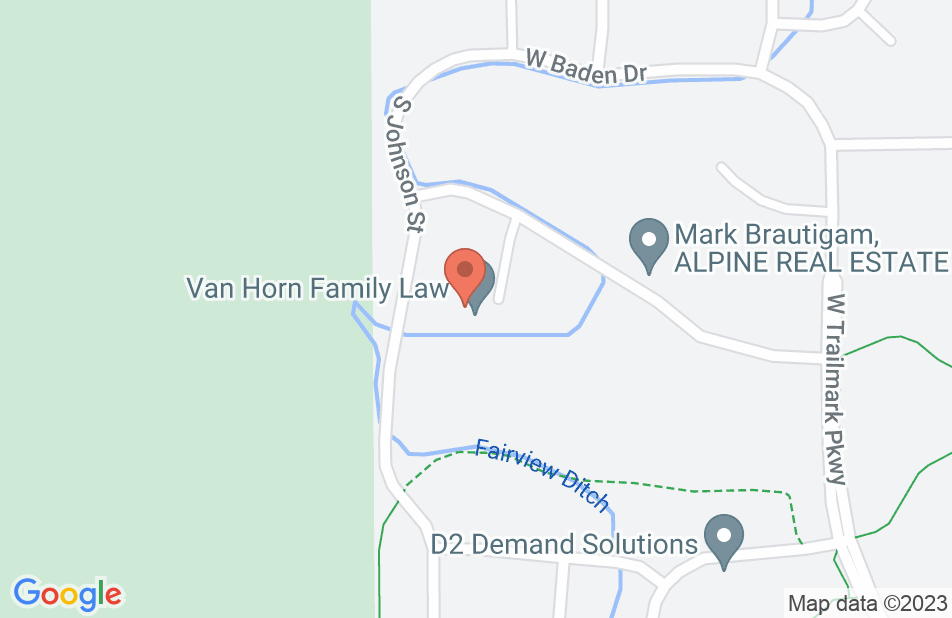 I would recommend Van Horn Family Law enthusiastically and without reservation to anyone who finds themselves in the unfortunate circumstance of needing to go through a divorce. The staff of Van Horn Family Law was incredibly supportive, knowledgeable and professional when I was going through my divorce. It was comforting to work with a firm who not only offered legal counsel and advice, but also prayed with and for me. Although sympathetic with what I was going through, they were professional and realistic about what was likely to occur within the confines of Colorado divorce law. They helped me to navigate this slippery slope as easily as possible and my outcome was better than I had feared. Van Horn Family Law is a firm that has the rare ability to balance the personal and emotional side of divorce with the legal and realistic side. I felt fortunate to have been represented by this firm during one of the darkest seasons of my life.

Bill is an excellent attorney. I have worked with him on several matters, and he is honest, smart, and an excellent advocate. He is a credit to the family law bar.

I endorse this lawyer without reservation. Mr. Van Horn brings nearly 30 years of polished legal experience to the table. He truly cares for each of his clients and carefully listens to understand each client's unique situation. He is the utmost professional... providing timely, creative, and cost-effective counsel to his clients.

I endorse this lawyer. This lawyer has integrity, and is a very honorable attorney with dedication to his clients.

Jill Rogers, Divorce and separation Attorney on Apr 9, 2015
Relationship: Other

I endorse this lawyer. Highly respected in the community.

Mr. Van Horn is a very effective advocate for his clients, and works with opposing counsel very professionally.

I endorse Bill Van Horn. I can honestly say he cares about his clients and the outcomes of their cases and will work hard to ensure an positive outcome for his or her case.