Leading Colorado's Family Law Team. GUIDANCE, with Wisdom, Strength, & Peace Of Mind. Proudly serving the community since 1993. WE ARE OPEN FOR BUSINESS! WE ARE ACCEPTING NEW CLIENTS! We have secure systems in place to offer a strong remote working environment. Call us at: 844-319-6019

“We have attorneys standing by to help you immediately during regular business hours at The Harris Law Firm. Additionally, for urgent matters we have On-Call Attorneys available until 10pm on weeknights and 8am-10pm on weekends."

Originally from New York City, Richard A. Harris, Esq. has made Colorado his home for the past 20 years. Rich received his Bachelor of Arts degree in International Relations from the University of Southern California and his Juris Doctor degree from the Sturm College of Law at the University of Denver.

Rich's passion for superior representation in the practice of divorce and child custody law is the driving force behind The Harris Law Firm. He has been recognized by his peers in the legal community on numerous occasions, and frequently lectures on family law issues. Committed to the idea that clients should be as informed as possible about their legal rights, he is the author of numerous, published articles about family law. In 2008, Rich co-authored the publication, Colorado Family Law Deskbook by Bradford Publishing.

In 2006, Rich Harris was chosen to be one of Denver's 40 Under 40 based on his business leadership, community involvement, and recognition of his accomplishments. Each year, the Denver Business Journal has includes a special section called "40 Under 40" to recognize a diverse group of young, dynamic business leaders whose efforts in the workplace and in the community are shaping the future of Denver.

In 2006, 2007 and 2008, Rich was selected as one of Colorado Super Lawyers for Family Law. Super Lawyers are considered leading attorneys in the area of law in which they practice, and are selected via a survey of the state's top lawyers by Law & Politics Magazine. In 2010, Rich was voted Best Family Law Attorney by Law Week Colorado's Barrister's Best Issue, and the firm was voted Best Family Law Firm in Denver, by the People's Choice per Law Week Colorado. Also in 2010, Rich was an invited speaker at Colorado Bar Association Family Law Section annual meeting in August addressing practice management issues, including those that have allowed his firm to maximize client service and case management and contributed directly to The Harris Law Firm's consistent recognition by the State Supreme Court as a leader in pro bono activity. Rich and the firm were recognized again for their pro bono work in 2011. This year, Rich was also a finalist in Law Week Colorado's list of Top Lawyers of the Decade, and the Firm was nominated for Law Firm of the Year by the Colorado Lawyers Committee.

Rich was awarded the highest "AV" rating from Martindale-Hubbell. The AV rating is the pinnacle of professional excellence earned through a peer review rating process that is managed and monitored by the world's most trusted legal resource. He also serves on the boards of The Adoption Exchange, and the Colorado Lawyers Committee. Rich is a Fellow of the Colorado Bar Association, and is active in Rotary International and The Denver Bar Association. In 2009 Rich was appointed as Chair of the Board of Metro Volunteer Lawyers, an organization that coordinates pro bono service to indigent people throughout the Denver metropolitan area. In 2009, Rich founded and currently serves as the President of "The Road to Hope", a Colorado-based non-profit organization dedicated to helping the orphaned children of Haiti. The same year, Rich and his wife Lisa adopted 2 children from Haiti. Rich and Lisa now have 2 biological children, 2 girls and a boy from China, and the 2 newest members of the Harris clan are from Haiti. 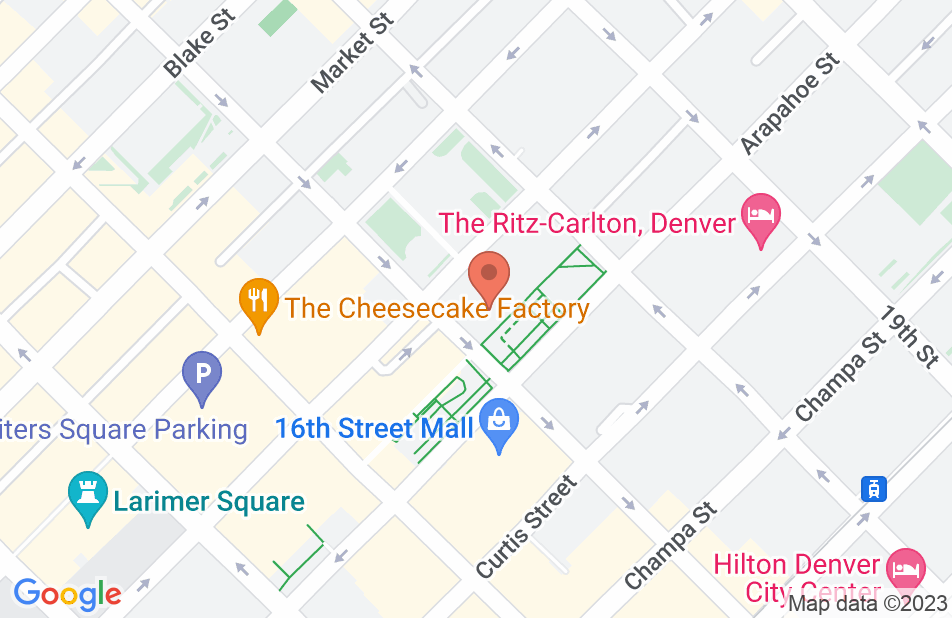 Rich and his team are sophisticated, skilled lawyers who know the law so very well. They helped our family through a difficult time and I trust no one else to skillfully handle our case. I highly recommend them.
This review is from a person who hired this attorney.
Hired attorney
Richard Harris' response: Thanks so much, Andy! We were honored to work with your family, and so glad to hear that you and your kids are doing well.

Everyone needs support in a time of need.

I would like to share with you my trust in Richard Harris, his integrity and the support which I received from him at a time when my world was crashing in and the person I trusted my life with for 37 years decided to break our trusted covenant. I was lucky to have a very close friend share with me to go see Rich. Rich walked me though the process and clearly explain in detail how everything would work for me with the system. This system is one which I never wanted to know and yet I now was I the middle of it. I shared that I could not handle any more surprises and he made sure that didn't happen. He was very clear and asked clarifying questions to ensure he understood what I needed to get my life on a new road. His expertise in the law and what it was going to take so that I had hope of a sound financial future was vital in helping move forward as I couldn’t begin to go to work everyday, protect my family and appear to be a stable person if he hadn’t been their to worry and handle all the other parts of my life that had just been pulled out from under me. I currently have referred Richard Harris to 10 other people at this time and I know that 3 have or are currently working with The Harris Law Firm. I will continue to share with anyone who needs help with family law how supportive and professional The Harris Family Law Firm is, so I’m glad to recommend Richard Harris.
Richard Harris' response: I am flattered and honored by your kind words. Thank you for taking the time to share your experience. It is important to us to take the best possible care of everyone who is experiencing the stress and uncertainty that a family law dispute can cause.

I endorse this Rich Harris. He is the best family law and divorce lawyer in Colorado.

Rich is a special attorney who is a friend and with whom I've worked with as well. I strongly recommend him for all matters involving family law and related fields. He's top notch.

I endorse this lawyer. Rich is very knowledgeable and savvy and a great person.

Richard is a leader in the world of Family Law. He is also a true humanitarian who supports various causes throughout the world. He has adopted several children and is of a tremendous giving spirit. He is focused and works to deliver value to his clients with new methods of serving the needs of his clients as a pioneer in his field. I recommend Richard without hesitation.

I enthusiastically endorse Rich. Rich is a superb asset to the legal community and it all begins with his personal character. His commitment to charity and efforts with the Hope of Haiti stand out as a single but shining example. He has vision and wisdom as counsel and the highest ethics. He manages a large team devoted to the challenging task of serving folks in family crisis and he does so with aplomb.

I highly recommend Rich Harris and his firm for family law related matters. I often refer people to Rich, particularly those who have complex matrimonial legal issues. Rich is extremely responsive, caring, compassionate, and well versed in a myriad of general and difficult domestic matters. Rich also maintains a very high ethical standard and is extremely philanthropic in giving back to the community and causes around the world. I will continue to refer potential clients Rich and the Harris Law Firm as I know that these clients will be well represented.

Rich is an amazing human being. His legal work is excellent. His commitment to the community is amazing and his character is beyond reproach. I've known him for years and can't say enough good things about him. Any client would be fortunate to have Rich on their side.

I sincerely endorse attorney Harris! The answers of Mr. Harris are consistently accurate, analytic and customized to the needs of the Avvo asker. These are exactly the qualities that every client would be looking for in hiring an attorney.

Richard is a lawyer's lawyer. I know Rich to be an outstanding leader in the legal community. I am glad to refer my friends and family who need family law help to Rich's firm. Keep up the great work.

Mr. Harris has decades of experience. I endorse this lawyer.

I endorse Richard Harris. He is the President of The Harris Law Firm, one of the largest family law firms in the region. Rich and his very capable partners and associate attorneys have been providing a top quality level of professional services for many years.

I endorse this lawyer. Rich's strong dedication and commitment to ensuring client satisfaction is impressive. His combination of legal talent and desire to help others is to be commended.

I endorse this lawyer. While I consider Rich a friend, we have also worked together in professional capacities. I have known Rich for several years and have referred him clients. He fully dedicates himself to the needs of the client. He is competent, hardworking and sensitive to the issues. Without hesitation, I recommend Rich Harris.

Rich is the best family lawyer in the State. I send all my clients to him. Rich is not only a great lawyer with the highest ethical standards, but he is also a great person and gives a tremendous amount of time back to the community.