John is certified by the National Highway Traffic Safety Administration as an Instructor in the administration of the Standardized Field Sobriety Tests (SFST) and is formally trained in Drug Recognition Evaluation (DRE).  The Hunsucker DUI Defense Firm owns twelve Intoxilyzer 5000s and one Intoxilyzer 8000 (one of only 10 in private hands in the county). John is also certified as an Operator of the Intoxilyzers 5000 and 8000.

Nationally recognized, John has consulted on or tried DUI/DWI cases in the States of Oklahoma, Texas, Massachusetts, California, and Connecticut.  In additional to teaching nationally, John has been featured on KTOK radio, Channel 5 News, Channel 4 News, and quoted in the Daily Oklahoman for his extensive knowledge of DUI law.  In 2009, John appeared as a legal commentator on TruTV’s “In Session with Lisa Bloom” and recently, “Open Court with Ashleigh Banfield”.

John is a Board Director of the Oklahoma Criminal Defense Lawyer’s Association, a Fellow with the Litigation Council of America, and a Member of the National College for DUI Defense.  John is licensed to practice law in the State of Oklahoma, the 10th Circuit, and the Western  District of Oklahoma Federal Court. 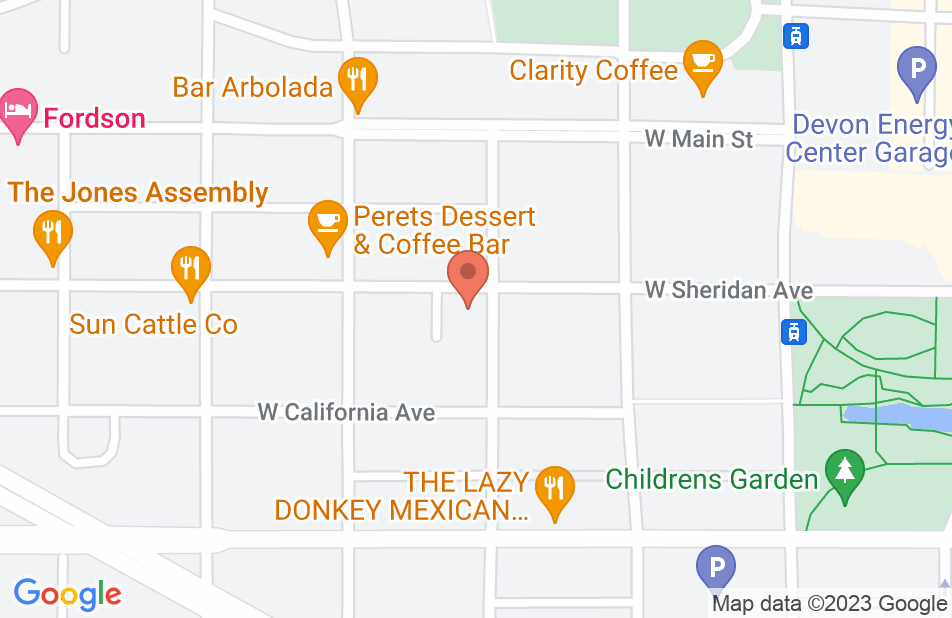 Thanks to your team, and particularly to Mr. Doug Baxter, my sons DWI was reduced to a mere speeding ticket and his driver license was not suspended.
This review is from a person who hired this attorney.
Hired attorney

John Hunsucker is THE MAN!!

John Hunsucker is THE MAN!!! My APC arrest in 2012 was a very embarrassing & humbling experience and when I was referred to John I was told I would be in good hands. They were right! He and his staff were all great to work with, and I was never made to feel like I was just another client coming through the door. Every telephone call I placed was returned promptly, and I was never in the dark about what was being done on my behalf. John really and truly loves what he does, and it greatly shows in all he has accomplished and achieved. I have recommended him to several friends and colleagues and will continue to do so.

On a scale of 1-10, 10 being the worst, my DUI situation started out at an 8. By the day before my final hearing it was a 4. John didn't stop there. He fought for me right through the final hearing and I came away with a 2 on the pain scale. It always pays to hire an expert for a job that requires an expert. I consider his fee quite reasonable when compared to what an alternate outcome would have cost in money, drivers license loss, and a negative criminal record. John's knowledge of DUI law, attention to detail, confidence, punctuality and pleasant personality could give lawyers a good name. For DUI trouble, who ya gonna call?...........John Hunsucker.

Will highly recommend John's services. When I found myself looking for legal help I wasked around and several unrelated sources recommended him so I figured I'd try him. Price is high but you get what you pay for. I hope I never have to use him again, but if I did I know I'm in good hands. I also used him on a unrelated trafic case and he saved my butt there as well, dismantling of the cop in the process...It was great!!!

John represented me in my legal issues

John was there when i went to jail that same day and got me out that same day. He also represented me in court and did an excellent job at it. He cross examined the key witness finding several holes in their story. His work not only got me out of jail quickly but also cleared my name. I would refer him to anyone needing good legal representation. I consider him to be a long lasting friend and would help him any way i could. Thanks John!

He was quick to answer my questions and gave excellent advice.

Had Mr. Hunsucker deal with a speeding ticket for me. It was handled professionally and expeditiously.

From beginning to end, the consistent quality of service rendered was outstanding. I was more than reassured by the staff as I was made aware of anything and everything in writing well before the date. John was personally involved throughout the entirety of my case. I felt that every avenue of my defense was explored; every legal opportunity was fully pursued. John was prepared, engaged, and thorough. I received the verdict that I wanted, and truly could ask for nothing more in legal representation. I would without hesitation recommend John and his team.
John Hunsucker's response: Not Guilty verdict after trial.

Hunsucker Defense Firm is the Best

I have nothing but nice things to say about John. He took my case in 2007. He and his staff were fully skilled, friendly, and always available to answer any of my questions. They treated me with respect and had my best interest in mind. I was pretty scared about the whole ordeal but they were very reassuring and as it turned out I did not even have to appear in court. The Hunsucker Defense Firm took care of everything. I would recommend them to anyone with an alcohol related offense. Don't just take my word for it though; check out John's credentials as they speak for themselves.

John, thank you so much for taking care of my Illegal Turn ticket in Edmond- it was very upsetting for me. Not from OK, it's easy to make a mistake. I travel the whole US and I think OK is one of the toughest states on any traffic violations. The officer was very unreasonable also. It would have cost me travel, time to come back and handle the ticket myself plus time away from my family, loss of work, vacation days. You handled it and it was dropped, without me even being present. I can't thank you enough, John. The money you saved me alone on insurance rates was worth it to me. In tough times, it is great to know there are people to help like you. I work with attys across the US and you are a leader in your field. Keep up the good work.
See all reviews

I'm proud to endorse John Hunsucker as a lawyer who is serious about DUI defense. He is one of only three Board Certified DUI Lawyers in the entire state, and one of the handful of attorneys in the entire country to purchase his own Intoxilyzer 8000 breath testing machine. John is committed to DUI defense, and will work hard to help you through this stressful situation. If you've been charged with a Oklahoma DUI, visit John's website and download the free guide on what to do next and how to choose the right DUI lawyer for your case.

John is an expert in the area of DUI defense. He is dedicated to his clients and cares deeply about each client's case. I fully endorse this lawyer.

I endorse this lawyer. John Hunsucker is a lawyer with boundless energy and great integrity. You can't go wrong with him defending you. He is always well prepared and very knowledgeable about DUI and DWI law matters.

Mr. Hunsucker is a nationally known authority on the defense of impaired driving cases, with an outstanding staff.

John is THE DUI KING of Oklahoma City. DUI is getting so specialized that I refer all my prospective DUI clients to John. He literally wrote the book on DUI defense (Oklahoma DUI Survival Guide and Oklahoma DUI Defense). He is also an accomplished trial lawyer, legal commentator for various news and media outlets, and is highly sought after for his knowledge and expertise in the area of DUI defense. Let me put it this way, if I received a DUI, John is the only attorney I would call.

John Hunsucker is likely the best DUI attorney in Oklahoma. Any one in the OKC area charged with a DUI should give him a call.

Mr. Hunsucker sets the standard for DUI/DWI defense in Oklahoma City. He is passionate, ethical, and excellent at what he does. I would recommend Mr. Hunsucker to anyone facing a DUI/DWI charge.

John Hunsucker is a fearless advocate for his Oklahoma CIty area clients. He is also nationally respected for his knowledge of DUI-DWI laws in Oklahoma, and has co-authored several books on the subject. In addition to being a great lawyer, he is a great father and compassionate man who IDENTIFIES with his clients, so that they know he will be their warrior in court.

He wrote the book on Oklahoma DUI with Bruce Edge in Tulsa. He knows DUI law.

John Hunsucker is a tireless advocate for his clients. John will go the extra mile to make sure his clients rights are protected. Do not hesitate to call John regarding a DUI or other criminal defense need.

I endorse this lawyer. He provides a strong defense for his clients while always maintaining a professional demeanor.