A native of Northwest Minnesota, Jason Kohlmeyer has known the value of hard work from a young age. Spending summers on his uncle’s farm he learned the benefit of getting the job done right. Jason joined the Army Reserve while still in high school and became an Army Intelligence Analyst after high school, working his way through Concordia College in Moorhead, Minnesota.

After clerking at the Dakota County Attorney’s office and seeing first-hand how people need individualized attention and interaction with attorneys who truly care, he went to work in the private sector. When he became an attorney in 2000, he knew he wanted to improve the client experience. Jason applied his work ethic and drive to help people by starting up his own law firm with a law partner in 2008.

Jason focuses his law practice in the area of  Family law. Having been helping people in both family law and personal injury since 2000 his family law practice focuses on divorce, spousal support, child custody & farm divorces. Jason has spoken nationally on family law issues.

Jason also represents people seeking compensation after being hurt in the Mankato area, whether by a car accident, slip and fall, and dog bites. An experienced and dedicated trial lawyer, Jason has received a $1.1M verdict on behalf of an injured client as well as many 6 figure settlements to compensate his injured clients. He believes strongly in helping receive justice for his clients. 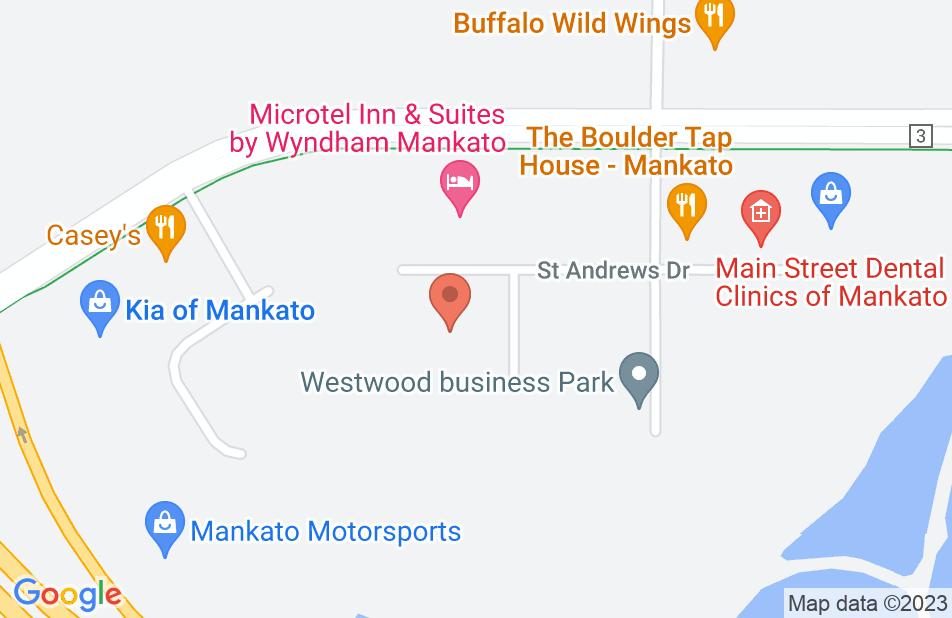 Jason represented me in a custody dispute. He communicated great with me, always returned phone calls, and answered any questions I had.
This review is from a person who hired this attorney.
Hired attorney

I went through a lengthy and difficult divorce. Jason and his staff were very professional and answered all of the questions that I had all the way through. The follow up care and concern that I have received since the case has ended is priceless.
This review is from a person who hired this attorney.
Hired attorney

Jason has represented me from a distance since I do not live in Mankato. He has been an awesome representative for me. He kept me in the loop, communicated with me every step of the way and did a good job of explaining the process and options I faced and consequences for certain decisions I might make. And he has been most helpful after my legal action in following up on certain actions to ensure what was agreed upon was completed. I will definitely continue to work with Jason whenever I need him.
This review is from a person who hired this attorney.
Hired attorney

Jason and his associates at Rosengren Kohlmeyer Law Office are amazing! Helpful, friendly, honest, knowledgeable, timely, caring... I could not have picked a better firm to help me through a very difficult divorce.
Jason Kohlmeyer's response: Tracy, Thanks for the kind words, that was a heckuva case.

Jason did a great job negotiating a plea deal for my DWI. He was able to save me from being without a license for very long, and the fine was reduced to a reasonable amount without going to trial. If you want the best DWI lawyer in southern Minnesota, Jason is your guy! Highly recommend
Jason Kohlmeyer's response: Thanks for the kind words, it's always nice to hear from a happy client! -Jason

Mr. Kohlmeyer is an excellent attorney!!

Mr. Kohlmeyer is an excellent attorney ... I would definitely hire him again if I needed a lawyer!! Jason walked/talked me through the entire process of the ticket, arrest, and subsequent hearing ... which needless to say could have been a very scary process. Not only did he make the process understandable and less scary, but the overall outcome could not have been better! Jason saved me my good name and my driving record and saved my family thousands of dollars with his work. I could not be more pleased or thankful for Jason and the people at his firm! If you have legal trouble hire Jason Kohlmeyer!
Jason Kohlmeyer's response: Tom, Thanks for the kind words, your case was an interesting one. -Jason

Jason was very forthcoming with what was in my favor and what wasn't. He pulled no punches and didn't give me false hope on anything. I felt he was very honest and very generous with his time. I didn't feel at all like a number. He was very engaging and genuinely involved in my concerns. Thank you for all your advice and sharing your knowledge.

I really appreciate Jason's help through my divorce. I couldn't have done it without him. He is very knowledgeable and very confident. He kept his word regarding fees and timeline to get my divorce done. Diana, his paralegal, is an excellent assistant, she was really instrumental in getting things done on time. They both are fantastic.
Jason Kohlmeyer's response: I'm glad it turned out the way it did, it was a bit tricky being an international divorce, but I'm glad we got the result you wanted. Thanks for the kind words. -Jason

I definitely recommend Jason for any type of case you need an attorney for! He was immensely helpful, and kept me in the loop for everything. His response rate was also very helpful to me, because he always answered my questions right away, which was a big help knowing I was even in a different country for when my case was going down. After working in a firm for some time, you can really start to know whether or not you have a great attorney, you could easily tell he was always genuinely trying to help, Great guy!
Jason Kohlmeyer's response: Mark, Thanks for the kind words, I was very pleased with the result in your case!

A long story short. I could not be happier. From preperation, to trial performance. Along with intelligent and strong representation. Very grateful I found Jason!
Jason Kohlmeyer's response: Thanks for the nice comment, that was a brutal trial, but you hung in there. Thanks again for the compliment. - Jason
See all reviews

I endorse this lawyer. I found Jason to be a zealous advocate, but reasonable and willing to work towards settlement. We had a very difficult case, but Jason was professional and personable throughout.

Jason is an experienced courtroom attorney who works diligently to receive the best results for his clients.

I endorse this lawyer. Mr. Kohlmeyer is an experienced and knowledgeable attorney. He is very highly regarded.

Jason is a tireless advocate for his clients. If you have a family law problem in Minnesota, Jason Kohlmeyer is the solution. I highly recommend him.

I endorse this lawyer. Jason knows everything there is to know about family law. This consistently translates to great results for his clients. Give Jason a call if you have any family issues that need to be handled. He will take care of you and your legal issues to your complete satisfaction.

I endorse this lawyer. Jason is an excellent attorney. He knows what he's doing, has the highest of ethical and professional standards and aggressively advocates for his clients. He's a really good guy and very personable.

Mr. Kohlmeyer is a tireless and effective advocate for his clients. I would not hesitate to refer a case to him, especially given the freezing weather where he practices. I endorse this lawyer.

Jason is a skilled lawyer, hard worker and a great guy who cares deeply about his clients. A client would be well-served seeking the counsel of Jason Kohlmeyer.. I endorse this lawyer.

David Iancu, Divorce and separation Attorney on Nov 9, 2010
Relationship: Other

I highly recommend attorney Kohlmeyer to anyone in the Mankato area in need of a family lawyer. Attorney Kohlmeyer's posts on avvo demonstrate a deep understanding of family law and show that he is capable of coming up with creative solutions to complex legal problems.

I have a great deal of respect for Jason as a family law attorney. I have turned to Jason for his perspective on family law issues on several occasions and I value his thoughts. Jason is a bright, articulate and knowledgeable lawyer. I have referred potential clients to him and will gladly do so again.

I endorse this Jason's work. I have worked with Jason on cases and am impressed with expertise and dedication. I consider Jason to be the best defense attorney in the Mankato area. I formerly worked in the Attorney General's Office as a prosecutor, so I know lots of defense attorneys, and Jason clearly rises to the top.

I have known Jason Kohlmeyer for several years. He is well-known for his outstanding service to the state bar association. He is a lawyer's lawyer, and I am happy to endorse this lawyer's work.