Brian M. Glodosky graduated from the University of Wisconsin at La Crosse with a BS in Political Science and a minor in Criminal Justice in 2003.  Thereafter, he received his Juris Doctor from William Mitchell College of Law in 2006.  Brian is licensed to practice law in both the Minnesota and Wisconsin State Courts and the United States District Court, District of Minnesota.  While in law school, Brian worked for the Anoka County Public Defender’s Office and Southern Minnesota Regional Legal Services.

Brian began his legal career as a prosecutor in Winona, Minnesota.  He is a past treasurer of the Winona County Bar Association and a former member of the Winona County Criminal Justice Coordinating Council.  Brian spent a number of years working as an associate attorney with Dudley and Smith, P.A., where he focused on Family Law and Criminal Defense matters and was an active member of the Ramsey County Bar Association.  He joined Kelsey Law Office in April of 2014 and has continued to focus on Family Law and Criminal Law matters in Minnesota and Wisconsin. 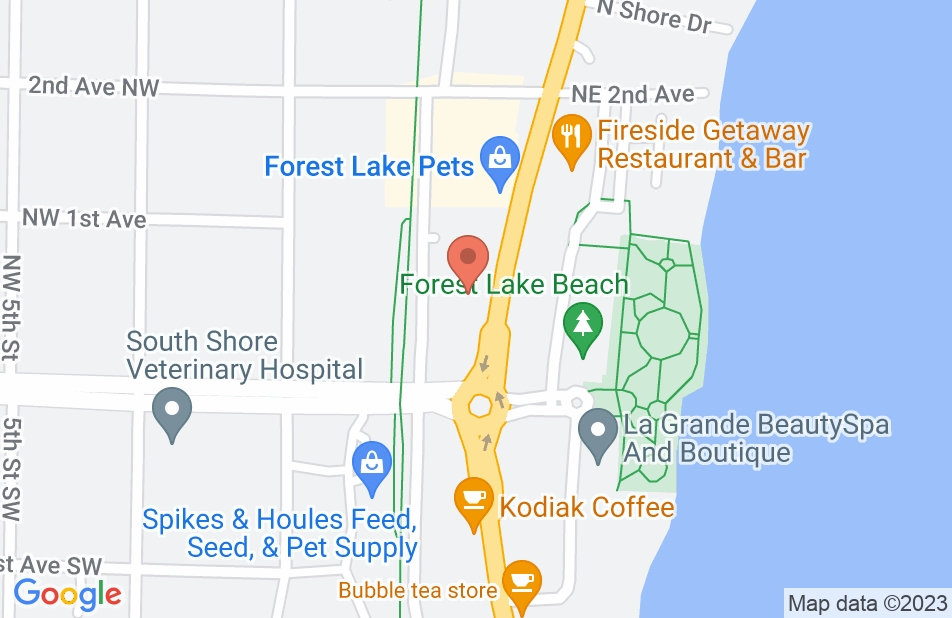 My experience with Brian throughout my divorce solidified the fact that I will continue to use him whenever I have a need for representation that he can fill. I would also provide his name and contact information to any close friend or family member who needed a solid referral. In my case, I believe the results speak highest of Brian's skill and ability. He negotiated terms that were highly favorable to me. In private meetings, he always presented both sides to me and talked through all of our options and potential corresponding outcomes. However, when it came time to sit at the table with opposing counsel, he was firm, professional, and effective and my biggest advocate. I have engaged Brian since my divorce was final for additional needs and will absolutely continue to do so. If you are in the position of needing legal advice or representation, set yourself up for success by retaining Brian as soon as possible.

My daughter had an unexpected (and unwarranted) run in with the law. Brian handled the whole thing from start to finish. The result was the better than we could have hoped for. Thanks Brian.

I cannot put into words how grateful I am for the services provide by Mr. Glodosky and his staff. He was professional, responsive, frank, attentive, and committed to helping me and my family. Mr. Glodosky will be the first person I call should I require any future legal assistance.

Brian was wonderful to work with. He was easy to get a hold of if I had questions. He explained everything clearly and most of all he was honest. I would reccomend him to family and friends. Thank you so much Brian!

What can I say about Brian - well, a lot! Wonderful, fabulous, great guy. Declaring Banrupcy is not easy - Brian made the process run very smoothly. I immediately felt better after our initial meeting. Very knowledgeable, easy to work with. Easily accessible - kept me well informed through the whole process. I am proud to say he is my Lawyer and will continue to work with him in future as needed!

Brian did a great job for me during a difficult time. I used to be a Paralegal so have knowledge in the law along with working with many attorneys. He gets right to the point and his billing is very fair. I found him and his staff to be professional, honest, and efficient. He was also quick to return calls if not available when I called along with his Paralegal, Penny. I highly recommend Brian if you are in need of an attorney.

I Highly Recommend Brian if you want a SOLID Lawyer you can count on!

I hired Brian Glodosky as my Divorce Lawyer in 2012. I did not expect the news from my wife it was devastating news for which I am a father of two wonderful boys. I hired Brian once I found out my wife hired her own attorney. I was glad I did! Brian is a very personable and professional lawyer. He made sure I always understood my options. He would always give two sides to what to expect and also a perspective how the court system works and is likely to rule based on past cases and experience. I also appreciated the perspective of… if we were to go down X path it could cost Y and take Z time very likely. This was important to me. I was not out to be unfair to my now Ex and the same time I knew I did not want to get the raw end of the deal during what is a hard reality… divorce. Once my divorce decree was fully negotiated I felt like what Brian and I had discussed was very close to what I hoped for in protections and agreements in my decree. I thank Brian for his representation and would “HIGHLY RECOMMEND HIM” if you are looking for solid legal counsel and representation. Thanks Brian!

Mr. Glodosky was clear, informative, and timely in his communication. His knowledge both put me at ease and achieved the optimal outcome in my case.

Brian was fantastic. He got work done in the promised timeframes, proactively communicated, provided good advice and options. I've had frustrating experiences with other attorneys. Brian is a total breath of fresh air. I abolutely recommend him!

Brian was an excellent lawyer. He handled my case with care and kept me informed throughout the long and arduous process. Brian was able to answer every question I can throw at him and advised me on several difficult decisions. Because of Brian’s professionalism, I felt I was in control of my case the whole time and the correct actions were taken. I would recommend Brian to anyone seeking a lawyer that has their best interest in mind and a consular that is knowledgeable in handling tough bankruptcy cases.
See all reviews

Brian is an very experienced lawyer and an aggressive litigator. Any client will be happy to have him.

I have known Brian for more than 10 years, and have witnessed his talent since the days when he was a law clerk in law school. He is smart, hard working, and personable. It is a deadly combination and he gets outstanding results. I can endorse this lawyer without a moment's hesitation.

I worked with Brian on a divorce case which addressed some tricky issues. Brian was very professional, thorough, and was a strong advocate for his client. I endorse this lawyer.

Nicholas Sweeney, Family Attorney on May 4, 2016
Relationship: Worked for lawyer

I endorse Brian without reservation. He has demonstrated an exceptional grasp of the law and is a superb litigator.

Brian is experienced and an extremely sharp attorney, I highly recommend him.

Brian is a great attorney and a wonderful colleague. He is very knowledgeable and does not hesitate to lend his knowledge to other attorneys looking for his opinion on a matter. He does whatever he can to get the best possible result for his clients. I strongly endorse him.

I recommend Brian to anyone seeking a well-rounded, experienced, and attentive attorney. Having worked with Brian in the past, I can attest that he provides the highest level of legal representation to his clients. Always one to put his clients first, Brian draws from years of successful practice to continually help his clients achieve outstanding results. I firmly endorse Brian Glodosky.

I endorse this lawyer. Mr. Glodosky is a knowledgeable and experienced criminal litigator.

Brian is very knowledgeable an all issues related to family law. He can take your case from beginning to end. Very professional.

I endorse this lawyer. I have known Brian for over a decade. Brian's knowledge of the law is deep and his ability to apply it to practical everyday situations is top notch. However, what Brian brings to the table is something that is rare in our profession- he is a good human being who genuinely cares for his clients. If I were to ever need a family law attorney, Brian would be one of the first names on my list.

I have known Brian for more than 10 years, and have witnessed his talent since the days when he was a law clerk in law school. He is smart, hard working, and personable. It is a deadly combination and he gets outstanding results. I can endorse this lawyer without a moment's hesitation.

I endorse this lawyer. Brian's attention to detail is second to none. If I needed a family law attorney, Brian without question is the attorney I would hire.

I endorse this lawyer. I used to work with Brian and he was my go to guy with any family law or bankruptcy matter referrals. In fact, he still is. Confidently recommended and endorsed. MKT

I have seen Brian represent clients in court in both family law and criminal defense matters and he does a great job fighting for their rights.

I work with Brian. In my opinion he is a compassionate and understanding lawyer and is very knowledgeable.

I endorse this lawyer. Brian is an experienced and highly skilled attorney. I have often sought his opinion on complex issues that I have encountered in my practice.

Brian is an very experienced lawyer and an aggressive litigator. Any client will be happy to have him.