"Where What's Right Is What Matters"

Susan Budowski is an attorney in, Florida. She has been a member of the Florida Bar since May of 2004. She was added to the Roles of The Law Society of England and Wales in August 2012 as an English Solicitor. This allows her to practice law in nearly 40 countries.

She has been working in Alternative Dispute Resolution since 1998. She is also an advocate for abused and neglected children as a Guardian ad litem.

Ms. Budowski previously worked at the Central Intelligence Agency (CIA) in Langley Virginia where she received multiple Exceptional Performance Awards from high-ranking members of the CIA including former CIA Director Robert Gates, who also served as Secretary of Defense for both President Bush and President Obama. 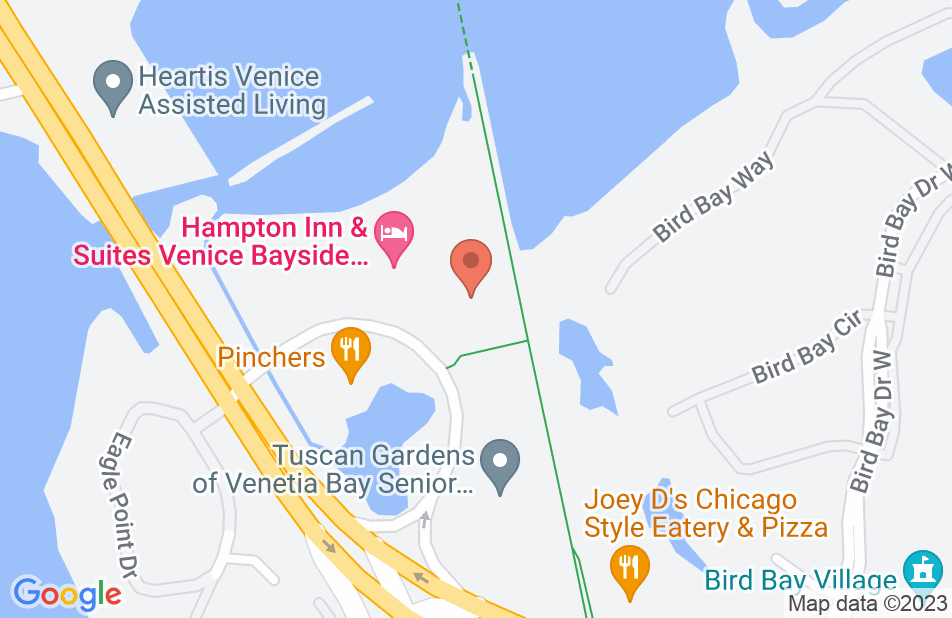 Cancellation of a Timeshare Contract

From our first consultation through the Deed Transfer Susan explained in detail full the process and what would happen next. Initial I was skeptical that our timeshare contact could be canceled, I had tried to negotiate with my timeshare company they were totally unreceptive and rejected all of requests. Susan explained that she was successful in getting timeshare contacts cancelled and that she felt she could be successful with our case. Once we agreed to proceed Susan was able to get our timeshare company to agree to our cancelling our contact. My only regret was that we had waited so long be finding Susan. If you have a timeshare that has become too burdensome I highly recommend that you hire Susan to help you get out of your timeshare headache.
This review is from a person who hired this attorney.
Hired attorney

I found information about service on timeshare cancellation on the Internet. I got in touch with different companies providing the same service, but different ways (selling timeshare, transferring title to other person, etc). I decided to deal with Susan and never regretted about it. I was pleasantly surprised by the way she was communicating (always responded), her professionalism and efficiency of her service. I would recommend her to any person who might need this kind of service.
This review is from a person who hired this attorney.
Hired attorney

I had a timeshare and could no longer afford it due to an adverse financial situation compounded by the pandemic. I tried reaching out to them to let them know my situation but it they were not helpful. I did some research online in the past and based on reviews I decided to reach out to Susan Budowski. When I first spoke to her I explained my situation and she was upfront about her costs etc. After being so frustrated with the timeshare company, I made the final decision to ask for her help. When I reached out to her the pandemic was in full swing, but she was very responsive to her emails. After much negotiation she was able to negotiate a good payoff amount with the timeshare company and as of today I am finally free from the burden of paying for a timeshare. I would recommend her wholeheartedly to anyone who is trying to get out of owning a timeshare and not having much success. I am grateful for all her help and wish her continued success and good health.
This review is from a person who hired this attorney.
Hired attorney

I have been trying for one year to exit my timeshare. They would not negotiate with me and insisted on complete payment of the membership and monthly maintenance fees for the extent of the contract. I searched extensively for legal assistance and finally found Susan Budowski. I was pleased to learn that she had a contact within my timeshare, and I agreed to proceed. Susan handled the negotiations completely and very soon I had a terminated timeshare. I highly recommend Susan Budowski to anyone wanting to exit a timeshare.
This review is from a person who hired this attorney.
Hired attorney

After years of unsuccessful searching for help getting out of an unwanted Timeshare contract, we were very fortunate to find Susan Budowski. With the first contact, we found her professional, thorough, and efficient in understanding our situation. She answered all of our questions in a timely manner and made us comfortable with the procedures required for a solution. Periodically she kept us informed of the progress being made. Even when Covid related problems delayed the final paperwork, we were confident that Susan would stay on the project until all was resolved. We definitely recommend Susan Budowski to anyone needing legal assistance.
This review is from a person who hired this attorney.
Hired attorney

Susan was a lifesaver. I had been trying to cancel my contract for over a year. I contacted her in reference to my timeshare issue and she was able to get it resolved in less then 2 months. I would highly recommend her to handle any timeshare issues.
This review is from a person who hired this attorney.
Hired attorney

Being in another state and doing business was a little scary for me, especially when a lot of money is at stake. However, Susan was amazing! She's honest and professional. She responded to all of my emails timely and handled everything appropriately. This was truly a great experience.
This review is from a person who hired this attorney.
Hired attorney

Susan is a Real Super Hero

I owned this timeshare for many years and tried selling it or giving it away with no success. I have been scammed like many of you and bewildered on what to do next. When I tried to book a week, there was often no availability. I was tired of these rundown resorts and being charged more and more each year. I felt trapped and forced into having to continue to pay annual maintenance fees and special assessments forever! I came across Susan Budowski during one of my internet searches for help. She is definitely the real deal. She is kind and honest and only accepts payment after the timeshare company has officially released you from your contract. There is no deposit or out pockets costs. Unfortunately, the first attempt failed, but on our second try a year later, we were successful. I am happy to report I am finally released from my contract!! It is such a great feeling. If you are stuck with a timeshare, please give Susan a try and be patient with the process. Susan and her staff will get it done for you.
This review is from a person who hired this attorney.
Hired attorney

After consulting with Ms Budowski, we decided to hire Ms. Budowski to get our Vacation Club membership cancelled. Within a relatively short time, Ms. Budowski had secured proposal for cancellation which we accepted. We finally are no longer members of that Vacation Club.
This review is from a person who hired this attorney.
Hired attorney

She used her legal acumen and common sense to create a successful solution. She pointed out the unfairness that the other side had used and how illogical their actions were. Even though in court the facts would likely have given us a successful verdict, we did not have to go through with expensive and time consuming litigation because Susan Budowski handled the case with aplomb and appealed to the good judgment of the other side. I could not recommend her more highly.
This review is from a person who hired this attorney.
Hired attorney
See all reviews

I endorse this lawyer. Susan is smart, conscientious, and dedicated. She is an effective advocate precisely because she empathizes with her clients as people, and truly cares about each case she takes on.

Susan and I worked together on a time share litigation matter. Due to her in depth knowledge of the industry, we were able to secure a great result for our client.

Harvey Stern, Contracts and agreements Attorney on Oct 20, 2015
Relationship: Worked together on matter

I endorse this lawyer.She is among the best time share attorneys in Florida.

I endorse this lawyer. Professional and responsive.

I endorse this lawyer. Few know timeshare law like Susan, and she is diligent in other areas of law as well.

I endorse this lawyer. She is honest, hard working and a credit to the legal profession. One of the top lawyers in her field.

I endorse this lawyer. Well qualified.

Recently I participated in a Mediation where Ms. Budowski was the Court Appointed Mediator. Ms. Budowski was professional and effective assisting the parties reach a resolution of the dispute.

I endorse this lawyer. Susan is a very dedicated and passionate attorney who truly goes to bat for her clients! I am very impressed with her abilities as an attorney and a counselor at law!

Ms. Budowski is an exceptional attorney who is well respected by her fellow practitioners. Ms. Budowski is skilled in handling all aspects of a case, from legal research and motion practice to depositions and hearings. I have referred Ms. Budowski in the past and have been pleased with her ability to handle any issue that arises. Through the course of her career, Ms. Budowski has displayed the utmost professional conduct. I have had many dealings with Ms. Busowski since she started practicing law. In all of my dealings with Ms. Busowski, she has shown the highest ethical standard in the practice of law. She is smart, her legal knowledge is excellent; she has great judgment, and was a pleasure to deal with on the many matters we had had together. I know that when Ms. Budowski is in involved in a case, that she will fight hard but play fair. Susan is an outstanding lawyer who is dedicated to her clients. I believe that Ms. Budowski’s experience is a valuable asset to our legal community.

It's my pleasure to strongly endorse Susan Budowski as I know her to be a lawyer of exceptional competence and personal integrity.

I endorse this lawyer. Ms. Budowski is an ethical, professional attorney who has a passion for the law. She works hard to help her clients in every possible way.