Like many of you, I ain't from around these parts...  I was stationed here as a Navy pilot, and when I retired, I became a Virginia resident.  I think life is good in Hampton Roads. My own small hometown in Kansas has now grown to a bustling population of 331, but it was less urban in my youth! My midwestern family has been farmers and blue collar workers for as far back as we know.

I grew up in farm houses without indoor plumbing.  Imagine where the "bathroom" was!  Then we moved to a trailor house.  I see now that, as far as amenities go, I was about a generation behind the rest of America, but it was not until I went to college, and saw what others had, that I realized how rural and poor we were.  I really didn’t care. Still don't. Neither should you.

Nearly everything I know that matters today I learned in church. I learned about service, that God is concerned about hurting people, and we should be too. I learned that we all have a destiny, a “calling,” for which we were born and built to achieve for God’s glory and our personal fulfillment.  You have one too.

I attended Oral Roberts University for my undergraduate degree. There I served as a Wing Chaplain and a Resident Advisor and lead missionary teams to various parts of the world in the summers.  I became the first person in my family ever to graduate from college.

While serving on active duty, I was able to complete my Master’s Degree, an MBA, from Old Dominion University, working during the days and attending classes at night.  When you start from nothing, you need to work hard to change your life.  It was here, in graduate school, that I discovered mediation.  What if Court was our last option, rather than the first?

Just before I retired from the Navy here in Virginia, I enrolled in law school at Regent University School of Law in Virginia Beach on the G.I. Bill. I had planned and waited for this day for nearly 20 years.  I did not miss the school’s mantra about the law: “It’s More than a Profession; It’s a Calling.”

At Holcomb Law, we begin with service, with the giving. This is why we offer free information, and a lot of it, in a profession which traditionally guards such information because lawyers should "charge for legal advice."

At Holcomb Law, we recognize that we are here for you, not you for us. We want you to know what to do. It's more than our tagline, “You Matter Here” is how we live and work. It’s not just a law firm, It’s a Calling. 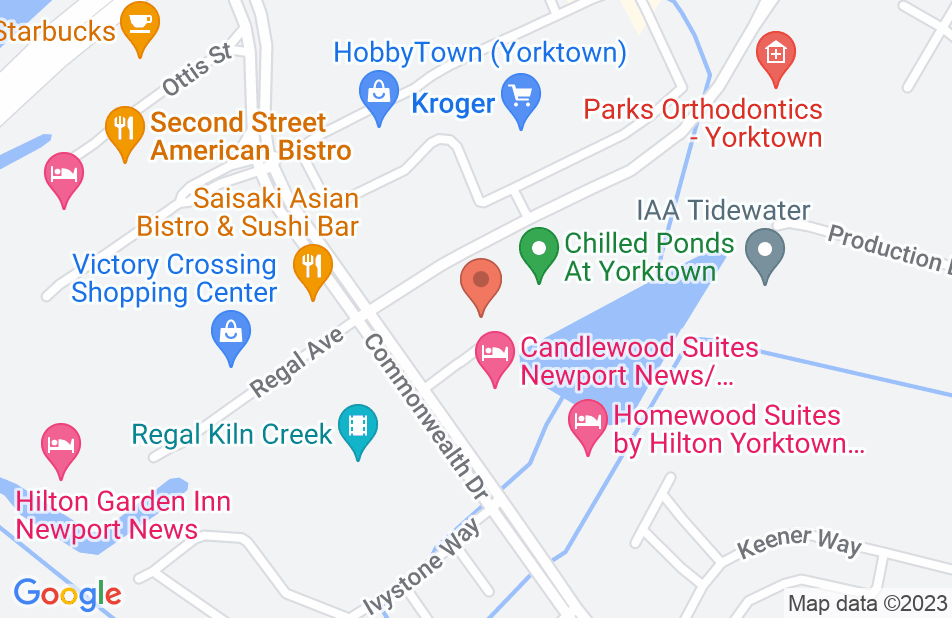 Posted by Yvonne AndersonThu May 14 2020

I hired Attorney Holcomb back in July 2019. I was very nervous about the process as it was the first time I needed legal representation. Mr. Holcomb and his team made me feel very comfortable and at ease. Mr. Hamilton the paralegal, remained in constant contact with me along the way, keeping me informed with everything on my case. As a result of their hard work my case settled. I was very happy with the outcome and representation. I would strongly recommend this law firm.
This review is from a person who hired this attorney.
Hired attorney

This attorney did incredible work for my family during a very intricate custody and relocation case that lasted nearly a year. I always felt like my child's interests were the number one priority to Wayne and the entire staff at Holcomb Law. I was able to contact them after-hours frequently, and never felt as though I was being a burden. I felt confident and well-prepared for each court appearance because of the work done by this firm. Thank you all for the work you did for my family. You already know that we will be sending you all post cards from our new home in Washington. :)
This review is from a person who hired this attorney.
Hired attorney

So pleasant and professional to work with. Explained the court process thoroughly and followed up with us quickly.
This review is from a person who hired this attorney.
Hired attorney

Could not have asked for a better experience. Knowledgeable, professional and compassionate. "You matter here" is not just a slogan. Thank you.
This review is from a person who hired this attorney.
Hired attorney

Hiring a Lawyer you can trust seems to be a big factor in your search for a law office. At Wayne Holcomb Law you can trust that you will receive the best service. They also have the Greatest Paralegals in the Region. Kelly was the best, great energy, amazing help along this process. Thank you so much.
This review is from a person who hired this attorney.
Hired attorney

I give my highest recommendation to Wayne Holcomb and Holcomb Law, P.C. I have been involved in many legal matters and have worked with many attorneys, and I have found the attorneys and staff at Holcomb Law to be the absolute best that I have ever worked with. They handled our case with diligence, professionalism, and competence, never resting until we were able to see it through to a positive conclusion. The entire staff was always available and accessible to answer any questions or to help solve any issue that arose. More than just providing superlative legal service, Holcomb Law cared about us as clients and as people. They are truly counselors at law, advising, comforting, and reassuring us in times of crisis and celebrating with us in times of success. Holcomb Law was consistently true to their motto; we mattered there.
This review is from a person who hired this attorney.
Hired attorney

Being that I am young and do not have a lot of experience with law or courts, I sought out help from Mr. Holcomb to defend me when I had received my first Reckless Driving ticket. When I first met Mr. Holcomb, he was extremely personable, helpful, and quick to start taking care of the most precedent matters on defending my case adequately. Through his work, I was able to have my ticket dismissed with court cost, which has allowed me to continue to keep my clean driving and criminal record.
This review is from a person who hired this attorney.
Hired attorney

Mr. Holcomb represented me in a reckless driving case. He was able to get the charge reduced to following too closely and a much less fine with no points.
This review is from a person who hired this attorney.
Hired attorney

I can't imagine a better family attorney than Wayne. He took the time to not only zero in on my issue, but also to reach out, as a friend, to help my healing process. I received precisely the settlement I deserved and I am a happier man because of Wayne and his staff.
This review is from a person who hired this attorney.
Hired attorney

Mr. Holcomb handled my Reckless Driving case like a real pro. I am not from VA and was going 80 coming back from vacation. Mr. Holcomb walked me through proactive steps to help my case before we even saw a judge. On my day in court he successfully argued for a reduced speeding ticket, thus preventing a criminal offense from showing up on my record. I highly recommend him!
This review is from a person who hired this attorney.
Hired attorney
See all reviews

Katherine Nace, Divorce and separation Attorney on May 10, 2018
Relationship: Worked together on matter

Wayne is wonderful attorney and an exceptional mediator. I've worked with him on many family law and mediation cases, and I've seen him help many couples come to a Mediated Agreement during their divorce within a couple of mediation sessions. He's extremely easy-going and knowledgeable. Not to mention, he helps people help themselves to move forward in a healthy way!

I've had the opportunity to work with Wayne and found his commitment to excellence, honesty, and service to be exemplary. Wayne truly cares about his clients; not just from a legal standpoint, but about their families and their lives. More than an attorney, Wayne is a counselor in all aspects of the word.

I've known Wayne for a number of years. Not only is he a terrific lawyer, technically, but he also knows how to make the client feel very comfortable about their journey. Most people are going through a legal journey for the first time and Wayne will "tell it like it is." His website is also filled with valuable information that you can use in your search. I highly recommend that you reach out to him if you need help

I endorse this lawyer. I had cases against Wayne for numerous years when I was a prosecutor in Newport News. They are battles. He does an awesome job and he fights very hard on behalf of his clients and gets them fantastic outcomes. If I got in trouble, I would hire Wayne in a split second to protect my freedom. Awesome guy and an awesome lawyer!!!

Attorney Holcomb seeks to reduce his clients' stress by educating them and keeping them informed of the status of their cases. Check out his educational website and learn the answers to your questions.

I endorse Wayne. He is an extremely talented attorney and continues to achieve favorable results for his clients.

Mr. Holcomb is my supervising attorney. As such, I have the unique opportunity to not only learn from him, but also to work with him. He is a knowledgeable and caring practitioner and I highly recommend him.

I am impressed by the answers that Mr. Holcomb provides to people who submit inquiries via AVVO. His answers demonstrate that he is well versed in the law and would be an excellent advocate should you find yourself in need of a criminal attorney in his area.

Wayne is a compassionate lawyer who is always looking for the best way to serve his clients. He is very knowledgeable about the law and serves his clients well. I highly recommend him to anyone who needs legal services in the Newport News area.

Wayne is professional, prepared, and perfectly polished--exactly the kind of attorney you'd want representing you when it comes to your divorce or custody case. He's very well acquainted with the courts on the Peninsula (especially in Yorktown). I definitely endorse Mr. Holcomb!

Wayne is my husband, as well as my law partner, so I have unique insight into how deeply he cares about his clients and how hard he works to secure the best result possible. I especially appreciate Wayne's holistic approach to Family Law. He is very skilled at assisting clients in looking beyond the short-term anger and pain to do what's best for their family, especially their children in the long-term.

I endorse this lawyer. Wayne is an honest, compassionate attorney.

Wayne is passionate about his clients' cases and outcomes. I recommend Wayne for family cases and mediation.

Wayne is a great advocate for his clients, and I highly recommend him for family and mediation cases.

Wayne is a strong advocate for his clients, which I can attest to as I have had him on the other side in the past. I highly recommend him.

I endorse this lawyer he is very professional and knowledgeable.