She genuinely cares for her clients and goes the extra mile.

At Kapri Law, we believe that people need excellent legal counsel especially when life gets challenging. That is why Kapri Law was created. The legal process and procedure can be daunting to someone already going through a difficult time. The courts and legal terminology can be confusing for most people.

Our job at Kapri Law is to help you through the process and transition to a different and better life.  We have the skills and resources to help you when you need it most. We understand what it's like to need a support system and sound advice.  We are here to extend those to you during your most difficult times in life.

The owner of Kapri Law, Shadan Kapri, is a legal scholar and advocate.  She was selected as a United States Fulbright Scholar and later became an attorney working on criminal and family law cases for the State of Washington.  She has argued in District Court, Superior Court, the Court of Appeals, and the Washington State Supreme Court.

She was also the senior judicial law clerk for the Honorable Chief Judge Dennis Sweeney at the Washington State Court of Appeals, Division III.  That experience gave her an insider's look at how cases are decided by judges across Eastern Washington.

Ms. Kapri is committed to her career and has been recognized for demonstrating leadership, dedication, and excellence in the legal field by becoming a Cambridge Who’s Who Professional of the Year Award Recipient (2011).  She is also the recipient of the Daily Point of Light Award.  The Daily Point of Light Award was created by Former President George H. W. Bush to recognize individuals and groups committed to public service.

She has been ranked as one of the top attorneys for the State of Washington by Attorney & Practice Magazine and the American Institute.

She graduated in the top 15% of her class from Gonzaga University School of Law in 2005 and was a Thomas More Scholar.  As an attorney, she not only advocates for her clients but explains all their legal options to help create a strategy that will give them the best results. 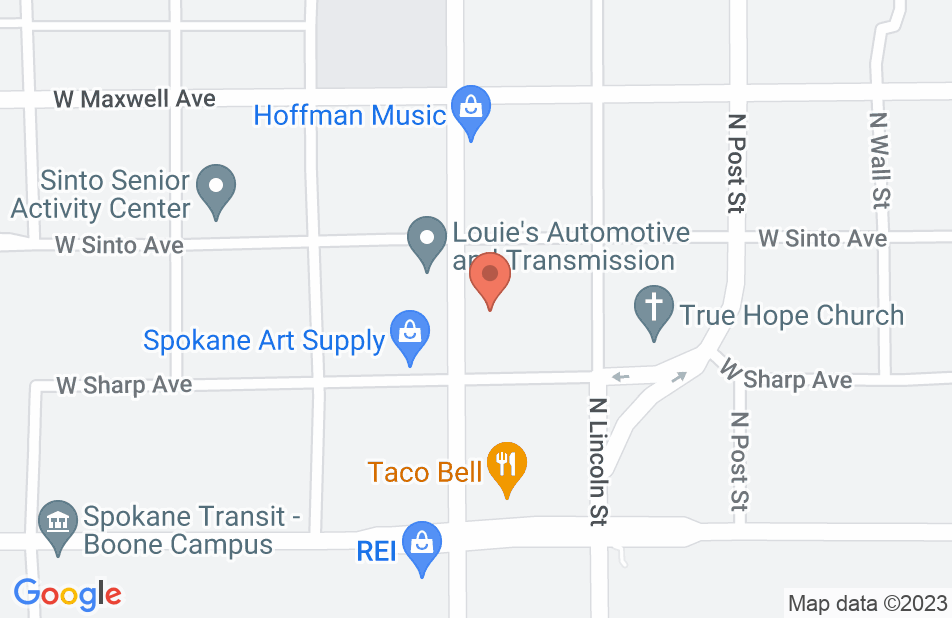 Shadan helped me serve several clients at the Center for Justice. She is one of the smartest lawyers I know and is passionate about creating justice for clients even when the system is stacked against them. I am confident that she will devote all her energy to future clients.

She is incredibly smart and quick. The other side didn't even know what hit them. Just watching her in court is fantastic! She's the best attorney in town without a doubt! VERY detail oriented and knows how to focus in on the details that make the difference between winning or losing a case. I couldn't be more happy with her work.

Shadan was a wonderful support for me during my divorce, very understanding regarding my situations, and encouraging when difficult situations arose. She was responsive and prompt in answering my questions, completing paperwork, and working with my ex and his lawyer. I loved the fact that she charges a flat fee, which saved me thousands of dollars over the course of months that my divorce took to finalize. I would heavily recommend her knowledge and service. She was a major blessing to me during very hard times.
This review is from a person who hired this attorney.
Hired attorney

I recently completed the divorce process, and Ms Kapri was there through the whole entire process. What I liked the best was that she is very straight to the point, and emphasizes no matter what the situation is, kids come first. She was able to set up the divorce paper work without going to court, minding the kids come first deal between parents. She always was available best by email and responded very quickly to my many questions. Overall, she did a very thorough job and was able to stay away from the court system. I strongly recommend her.
This review is from a person who hired this attorney.
Hired attorney

This Firm Deserves the Recognition

Shadan and her staff are not like other law firms. She really takes the time to listen and understand what her clients need. One of our first meetings I said something along the lines of thinking outside the box. Her response was, “What box? We throw the box away.” From the beginning I was impressed with her knowledge and professionalism and willingness to be creative and come up with creative ideas to complex problems. She brought up ideas and solutions I hadn’t even thought about. At the same time, she is very honest about what courts will and will not do and how the system operates. She doesn’t over promise. If anything she under promises and over deliveries. From Day 1, I felt I had someone in my corner who would be honest and provide guidance during a rough patch in my life. I understand why her clients say such nice things about her. An attorney like Shadan is a blessing in what can be a very difficult time in life. This is the person you want in your corner when life gets hard. She deserves all the recognition she receives. I am very grateful for her help. It has changed my life for the better.
This review is from a person who hired this attorney.
Hired attorney

My granddaughter had been in the midst of a complicated custody battle and we were so scared she may lose the baby to his dad. I called Shadan and she was extremely helpful on the phone and the next day we hired her just at the right time. She fought very hard for us and I’m thankful to say we now have a court order where my granddaughter has the baby two-thirds of the time and his dad gets him the other third. We were very fortunate to have found Shadan to help us through some of the hardest days of our lives. I would highly recommend Shadan. She worked non-stop for us and without her advice and knowledge I’m sure our story would’ve not ended with such good results.
This review is from a person who hired this attorney.
Hired attorney

Shadan has been a blessing

I would recommend Shadan to my family and friends hands down. From the time of our initial consultation to now many months later, she has been supportive, helpful, encouraging and always sounds upbeat. Initially, she explained the steps that would take place in my divorce and the approximate timeline. She has always been prompt in replying to my emails and/or texts and phone calls and it doesn't matter whether it's in the evening, on the weekend or a holiday. She has always made me feel like it was a priority to her to serve me as her client. Shadan is very caring and she is a good listener. The times that legal wording has been a challenge for me to understand, she has made sure to make it make sense for me. And, with today's technology, she is still willing to talk over the phone if that's what I need at the time. I am so happy I hired Shadan. She has done and is doing her due diligence and I really appreciate her. Dianne
This review is from a person who hired this attorney.
Hired attorney

Thank you for a great experience during a difficult time.

I didn't really know what to expect when I started this experience, but I was pleasantly surprised through the process. Ms. Kapri provided timely and effective communication answering all of my questions which significantly reduced my stress. Her knowledge and input was invaluable as she offered many critical suggestions, making sure that we protected my interests during the entire time. I would highly recommend her firm and won't hesitate to use her services again if needed. Thank you Shadan, you are awesome!
This review is from a person who hired this attorney.
Hired attorney

Helped get my divorce done as quickly as it could with a stubborn opposing counsel/client. Price was right and she had good open lines of communication. She kept me apprised of the goings on in a timely manner.
This review is from a person who hired this attorney.
Hired attorney

Ms Kapri is an amazing attorney. Very detailed oriented. I would not of had the outcome I did if it hadn’t of been for Ms Kapri. I am so grateful to have her as my attorney.
This review is from a person who hired this attorney.
Hired attorney
See all reviews

Shadan is a wonderful attorney, and a strong advocate for her clients.

As a fellow attorney, I have incredible respect for Shadan Kapri. Shadan advocates for her client firmly, while also recognizing the big picture and working to preserve parent-child relationships. Eastern Washington needs more attorneys like Shadan.

I highly endorse Ms. Kapri. She is ethical, dedicated to her clients, and extremely professional. She is respected in this legal community and committed to achieving the best results for all of her clients.

This lawyer is highly respected in the community. I endorse this lawyer

I endorse this lawyer. She has demonstrated her legal knowledge many times over.

I endorse this lawyer. Shadan is both a bright and determined lawyer.

Ms. Kapri is extremely competent and dedicated to the Practice of Law. She is an experienced advocate for her client's interests. I highly recommend her for any person needing assistance in a legal matter.

Ms. Kapri is a talented and highly skilled family law attorney. She is well respected within the legal community. I strongly endorse her.

I endorse Shadan as a hardworking and dedicated lawyer committed to serving her community and her clients.

Ms. Kapri recognizes the importance of educating the client so that he or she can then weigh the issues and together make a reasoned decision.

I have had the pleasure of working with Ms. Kapri recently. She is extremely knowledgeable as well as kind and compassionate. I wholeheartedly endorse her both as an advocate for her clients and as an effective, yet approachable, opposing counsel

Attorney Kapri is very professional and highly respected in the community. I happily endorse her as an attorney.

I endorse this lawyer. Shadan is an excellent attorney. I highly recommend her!

Shadan is a passionate advocate for her client. Her sharp intellect and professionalism is a benefit to anyone who hires her. I feel confident when I refer a client to her that she will provide them with superior legal representation.