MY MISSION STATEMENT: To provide the highest quality criminal defense legal representation for anyone charged with DUI or other alcohol-related driving offenses, as well as felony crimes, misdemeanors, and all other areas of criminal law.

A LITTLE BIT ABOUT HOW I THINK...

I am a man who likes to help people.  It has been this compassion for others that has lead me to an interest in criminal law.  Initially I was fascinated by the power struggle that I saw between people on the streets and the police.  When I was younger, I simplified this struggle as a fight between those who broke the law versus those law enforcement officers who upheld the law.  However, as I educated myself, I realized that there was a lot more going on.  I began to understand that just because an officer had a badge, didn't mean that officer was "right" or "moral" in the ways they chose to behave.

As a prosecutor, I witnessed firsthand some of the shady, underhanded, and sometimes illegal, ways cops could behave.  On the other hand, I also began to realize that "criminals" or "defendants" sometimes got the short end of the stick and were treated unfairly.  I learned that many times there was another side to the story I wasn't reading in police reports.  All people do things for a reason.  I began to understand that some of the reasons behind these "defendants" actions made a lot of sense and their actions shouldn't be labeled "criminal."

The criminal law is fascinating because it is about people, and just because someone has done something that technically meets all the elements of a criminal offense, doesn't mean we, as a society, should lock them up and throw away the key.  Cops make mistakes.  People make mistakes.  Mistakes are a fact of life.  My goal as a criminal defense attorney is to make sure that things are done by the book, and that our personal liberties articulated in the Constitution are protected. 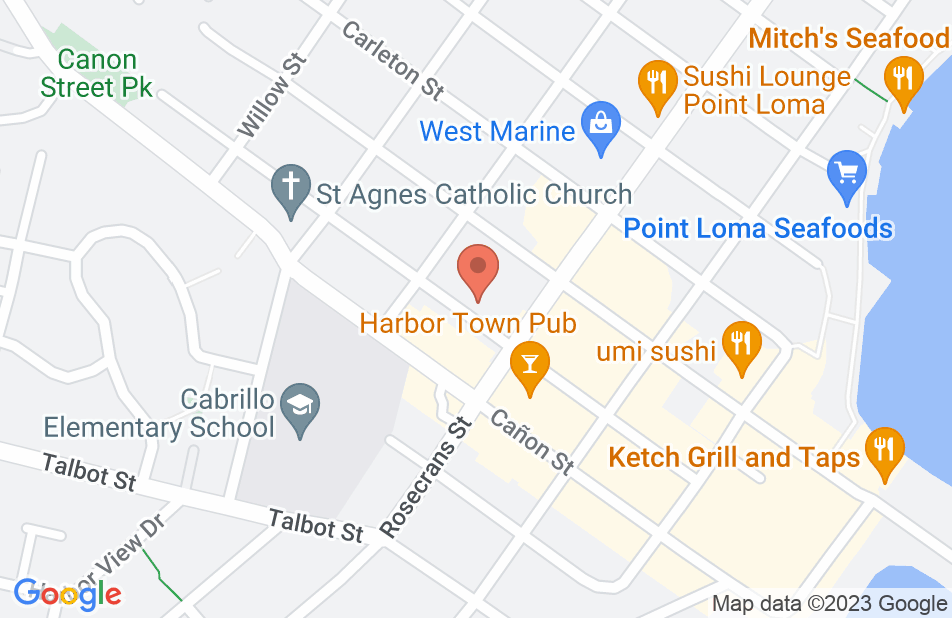 I contacted Ben on a Sunday about a hearing that I had been notified of with only five days notice. I was located on the other side of the country with no way to appear in court in San Diego with only a few days notice. Not only was he in court representing me on Tuesday but he even helped me find a way to pay his fee using paypal. He got a continuance to allow us time to put together a response and I've got a lot of faith in him. Without an attorney present at the hearing the judge would have ruled against me seriously damaging my career. I'd highly recommend him and I can't say how happy I was that there was someone at the hearing to speak on my behalf.
This review is from a person who hired this attorney.
Hired attorney

Above & Beyond, Outstanding Service

TL;DR Benjamin reduced my theft misdemeanor to a dismissal with 2 days of community service. I could not have asked for a better experience with Benjamin — He was professional, intelligent, strategic, and most importantly empathetic. He truly cared, and was there every step of the way, to give both advice and peace of mind. I felt hopeful and reassured from the moment we began working together, and felt like I was given a second chance by the outcome of my case. There really is no one else, I highly recommend him to anyone in need of legal advice!
This review is from a person who hired this attorney.
Hired attorney
See all reviews

Mark Rosenfeld, DUI and DWI Attorney on May 4, 2018
Relationship: Fellow lawyer in community

Attorney Theule is one of the best criminal defense attorneys in San Diego. His dedication to his clients is amazing as are the results he gets. If someone gets in trouble with the police in San Diego, they absolutely should call Attorney Theule

I endorse this lawyer. Ben cares and works incredibly hard for each and every one of his clients.

I have known Mr. Theule for a few years now and I always find him to be a strong advocate for his clients. He comes well prepared to all hearings and I know he has a good reputation with the prosecuting attorneys in the area. I would recommend Mr. Theule without any hesitation.

I endorse this lawyer. Ben is a hardworking, dedicated attorney who gets the job done for each and every one of his clients.

This attorney works very hard for the client and keeps up with the law by attending legal seminars to assist them in this regard. I endorse this attorney.

Mr. Thuele is an exceptional lawyer. I wholeheartedly endorse him.

Mr. Theule is a very conscientious and hard working attorney. He seeks only the best results for his clients, and goes the extra mile to get those results. I wholeheartedly endorse this attorney.

Your resume speaks for itself and I consider you a valuable member of the attorney community. I would recommend you to anyone and everyone who needs your services. I whole heartedly endorse this lawyer!

Ben Theule is an exceptional attorney. He and I first met as opposing counsel on a very contentious matter. I was amazed by his level of preparation and forceful, but respectful, advocacy skills. Over the past several years, Ben has become a trusted colleague and we have worked on several serious felony throughout Southern California. If you are looking for an attorney in San Diego to fight for you and protect your rights, Ben is the person to call.

Mr. Theule is a remarkable and truly gifted attorney. His has an astounding knowledge of criminal law, a complete command of the most recent means of research, and the passion that turns a competent criminal attorney into an inspired and exceptional advocate. I first met Mr. Theule on a glowing recommendation of another colleague when I had to find representation to a witness in an emergency situation. It was a difficult and sensitive case for the prosecution. Mr. Theule got it dismissed in a matter of two court hearings. I subsequently watched Mr. Theule achieve spectacular results in the multitude of the most challenging and high staked cases. You simply cannot find a more determined, better prepared and tireless fighter for your interest who is certain to get you the best result possible.

I am honored to endorse Mr. Theule and can only describe him as an outstanding advocate for his clients. He has a wealth of criminal knowledge and a tenacity to achieve the best possible results for his clients.

Ben's past experience as a prosecutor and his professionalism as defense counsel are impressive. He's a credit to the legal profession and serves his clients' interests with integrity, balancing the protection of constitutional rights to a fair trial with the need for balanced justice. I'm proud to know him and endorse him.