My name is Glen Neeley; I am currently one of two Board Certified DUI Defense Lawyers in Utah and I focus most of my practice on DUI and Drug offenses.  I have spent my twelve plus years of practice on the defense side.  I began to focus on DUI cases in late 1999 and early 2000 after becoming a member of the National College for DUI Defense.  I have hundreds of hours of continuing legal education on criminal law issues and specifically on DUI defense.

I have been married to the love of my life since 1995.  We have three beautiful and ambitious daughters.  I grew up in the Ogden, Utah area.  I am a religious man and served the Lord on an LDS Mission for two years in Canada preaching the Gospel. I also served my country for 8 years in the United States Air Force.  My family and I are blessed to live in Ogden and have many close family members and friends who we enjoy spending time with often.

Because my practice focuses on DUI defense, I often speak and lecture to other lawyers about how to defend a DUI case.  I have been interviewed by several TV stations, newspapers and other local media in cases and issues involving DUI or other intoxication issues.

My goal is to focus on each case that I take and provide personal client attention.  I try more cases in a year than most criminal lawyers try in ten years and I believe that is for several reasons.  I really enjoy my work.  I enjoy standing up for the person who cannot stand up for himself.  In most cases, I build a friendship with my clients.  I believe in people and their humanity.  If I can help them in their time of stress, I want to do whatever I can.  I enjoy trials.  I enjoy the stress that comes with being in trial and the feeling of being alive and giving of myself.  I believe that when I walk in that courtroom, as arrogant as this might sound, I am in charge and the goal is to help my client. 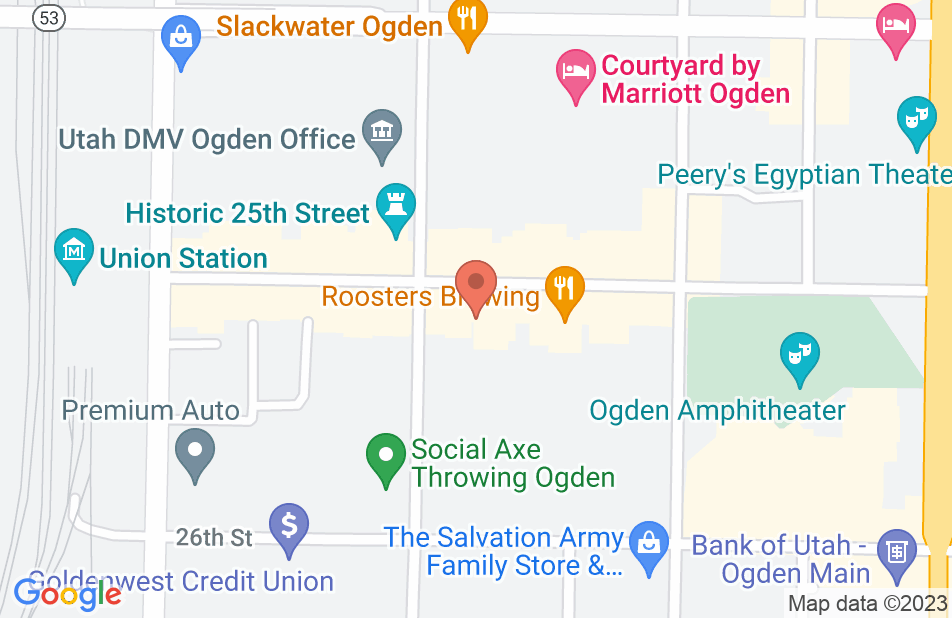 Took My Case To Trial And The Jury Came Back NOT GUILTY!!

After I was charged with a DUI back last summer I had a very hard time picking a lawyer. The price range of lawyers varied greatly and since it was my second DUI, the price was high. Glen did tend to be one of the higher priced lawyers, but after I met him, I knew he was the one I wanted to represent me, He really seemed like he understood my situation instead of looking at me like a criminal. He explained to me the reason his price was high was because he would take my case as far as it would possibly go until I was proven not guilty. Before he told me this, I thought I was doomed to get convicted of a DUI and spend some time in jail. After some assuring words from Glen, I started to think I had a chance to get this thing thrown out for good. Throughout the whole court process which lasted about 9 months, Glen was helpful, knowledgeable, positive, and overall a really cool guy. So let me give a quick overview of my DUI/Trial situation: Got pulled over hours after having a few drinks. In my opinion, I did all sobriaty test correct and seemed to present myself fine. The cops said I failed the tests and made me blow into a portable breathalizer. They said it blew over and then took me to the station. I refused to blow in the "official" breathalizer and then they locked me up. Here's what Glen did for me: Got my breathalyzer refusal thrown out even though it's an automatic 2 year suspension if you refuse to blow. He refused to settle with the Prosecuting Attorney on any alcohol related charges. The Prosecuting Attorney wanted me to plead guilty for the DUI and Glen without discussion said no and he took my case all the way to trial. There were many court appearances before the trial and each time Glen was positive about the case and reminded me how he's going to take it as far as he can. When we finally went to trial, Glen blew me away with his knowledge about the law and his determination to win each argument. I could tell right away he had spend many hours studying my specific case. Any good argument the Prosecuting Attorney had, Glen would come right back and find flaws with the argument. I especially like how Glen went really in depth on officer training which ended up showing the arresting officer was not correctly trained on many of the sobriety tests. In the end, the jury came back NOT GUILTY for DUI. The Judge told me I was free to go and that was that! Nothing on my record, no probation, no classes, no license suspension, no jail time. I couldn't thank Glen enough for giving everything he had to free me of a DUI charge. I would still write this good of a review for Glen even if I did get convict because I know if he couldn't of got me off, nobody could. If you want a lawyer who will take your case all the way to trial, appeal it and then take it to trial again when needed, Glen is your man and he'll do it all for one fee, Let Glen prove your innocence. You won't regret it!

Always there when you need him!

I got my first DUI in my life at 60 years old and my world seemed to be upside down. I did a quick search for DUI lawyers in my area and came up with Mr. Neeley and luckily for me, I couldn't have found a better lawyer for the job. He specializes in DUI and is understanding of a difficult situation and has the knowledge to fight for all of your rights. I thought, what could he do... I mean I flunked every test when arrested and the video wasn't encouraging either but Mr. Neeley discovered a number of items that was overlooked when processing me and I wasn't given fair treatment by the arresting officer. All I can say is that I would highly recommend Mr. Neeley for anyone that finds themselves in this very stressful situation. He is truly attentive to detail and will fight for ALL of your rights.
See all reviews

Glen is well versed in criminal defense especially DUI. He has written several DUI books and educates other attorneys on the local and nation level. If I needed a criminal defense or DUI attorney, I would call Glen.

One of the most dedicated and well trained lawyers in the field of DUI. When faced with this life altering charge you need Glen on your side.

Glenn is well respected, intelligent and an excellent trial attorney.

Glen Neely is a dedicated lawyer who is constantly honing his skills and knowledge of science required for DUI defense at continuing legal education seminars throughout the country. Glen shares his vast knowledge and experience in teaching lawyers from his experience that has made him one of the most successful DUI lawyers in the country. Aside from being wickedly smart and persuasive, Glen is a consummate professional and he cares deeply for his clients. And it shows in the courtroom, and in the repeated successful results he obtains for his clients.

Attorney Neeley is a great DUI lawyer who stays up to date on the most cutting edge forensic science. This is essential to being an effective DUI attorney. I wholeheartedly endorse Attorney Neeley for anyone facing a DUI charge.

Mark Thiessen, DUI and DWI Attorney on Aug 5, 2014
Relationship: Worked together on matter

Glen is one of the smartest and most dedicated lawyers that I know. He is one of the top lawyers in the Nation, never mind Utah. Glen is respected by judges, the DAs, and his peers. Any client would be lucky to have Glen fighting for them. He is who I would personally call.

I endorse this lawyer. Mr. Neeley is a recognized and respected DUI Defense Attorney.

I fully endorse Mr. Neeley. He is well-known as a leading DUI Attorney. You are well-served with him on your side.

Bob Battle, DUI and DWI Attorney on Dec 7, 2011
Relationship: Other

Great DUI defense is a mixture of complex scientific and forensic issues combined with a unique ability to persuade judges and jurors predisposed to presume the guilt of the accused. Glen Neeley's amazing skill set is highlighted by his board certification and his national reputation as an elite DUI lawyer. I highly recommend his services.

John Hunsucker, DUI and DWI Attorney on Nov 16, 2011
Relationship: Worked together on matter

Glen is without a doubt the best DUI attorney in Utah. I had the opportunity to work with him when he wrote the Utah DUI Survival Guide and was amazed at the level of his DUI knowledge and skill. If I was looking for an attorney for me or my loved one in Utah, Glen is the only person I would go to.

Glen is an amazing attorney. Our firm has referred him cases in Utah in the past. Everyone we have referred him have been excited with their results. He is a skilled and knowledgeable attorney. He is an active member in the National College for DUI Defense. He has also attended the Trial Lawyers College in Wyoming. He is a well trained litigator.

Glen Neeley is the best Criminal Defense Lawyer that I know. Glen is also a superb trial attorney. He doesn't just know the law; he is familiar with the nuances that make a lawyer a great lawyer. I endorse Glen without hesitation.

Glen is an expert at DUI/DWI defense. A large part of my practice is DUI defense and when I have a question, I call Glen. He does a great job and I highly recommend him.

I met Glen at a DUI Defense Seminar last spring. Glen is a great guy and a very knowledgeable attorney. I would recommend him to anyone looking for a great DUI attorney.

Ryan Russman, DUI and DWI Attorney on May 3, 2010
Relationship: Fellow lawyer in community

There are many lawyers to choose from. However, there is only one that deserves your trust. Attorney Neeley is more than just a gifted litigator he truly cares about those who have entrusted their cases to him. This compassion for others is translated into his innate ability to pursuade others to his/your view with great success. With years of trial experience behind him his advocacy skills exceed those that oppose him. I am not sure what is more recognized, his reputation as an exceptional litigator or his passion to assist others in their time of need. Without hesitation Attorney Neeley is the lawyer I trust to help you

I know Glen from speaking with him on a panel of lawyers on law practice management. It is clear to me that Glen is very knowledgeable in Criminal and DUI defense. He has truly limited his practice to this area of the law and as a result, has gained an intimate knowledge of his chosen area of practice and, from my perspective, is a leader in Utah on this topic. I would, without hesitation, call Glen if I were facing a DUI charge.