Nationally known Lemon Law trial attorney, "Mr. Burdge and his staff were always there to answer any and all questions we had. Mr. Burdge always put what was in OUR best interest first and that’s hard to find when dealing with attorneys. We cannot thank him enough for everything he did for us to get our case resolved. We would highly recommend his services to anyone looking for a 5 star Lemon Law Attorney." 30+ years experience, epresented thousands of consumers in lemon vehicle and sales fraud cases, over 50 reported case decisions, Ohio Super Lawyer from 2005. 2004 Consumer Trial Lawyer of the Year Award by National Association of Consumer Advocates. Widely lectured and taught on Lemon Laws, Consumer Laws and other legal subjects to lawyers, judges, private groups and law students.

Ron is the founder of the Burdge Law Office. As a young attorney starting out in 1978, the first case he worked on involved a used pickup truck where he represented an older consumer against an insurance company that didn’t want to pay $1,200. That case went all the way to the Ohio Supreme Court. He won the case.

His second case was a "lemon" car case against Chrysler Corporation (before there even was a lemon law) and that case started a lifelong career of representing consumers against car dealers and manufacturers over defective vehicles and auto sales fraud.

Success can be measured in lots of different ways and for Ron it’s not just winning a case but sometimes it’s running a crooked car dealer out of business too.

Of course, sueing car dealers all the time can make it harder for the staff of Burdge Law Office to buy a new car, too. In fact, one legal assistant was told to "go elsewhere" when the car dealer found out where she worked. But that turned out okay, because she got a better deal somewhere else anyway.

Ron has testified numerous times before the state legislature on Consumer Protection issues and has successfully represented consumers in thousands of Consumer Law cases all over Ohio. Often asked if he ever gets bored handling just these kinds of cases, Ron says "Never. Every case is different, every person is different. I don’t get bored. If anything, it just gets better."

"When you handle cases in just one area of law, you get to know it forwards and backwards. You get a chance to help change the law that businesses live by, and you get to help people solve their problems every day. I wouldn’t do anything else."

Lately though the associate attorneys at the Burdge Law Office have begun handling a broader range of Consumer Law cases, including Identity Theft and Credit Rights cases. "This is an area of law that has naturally come out of handling auto sales fraud and car cases," Ron says. "Credit is critical in nowadays and identity thieves can ruin a good person’s credit faster than a car dealer can rip you off — and that can be pretty fast!"

Ron is a voracious reader and loves reading car magazines and business books sitting on a beach (islands are his second love). In fact, if there were more cars on Carribean islands, Burdge Law Office would probably have an office there and Ron would be running it. 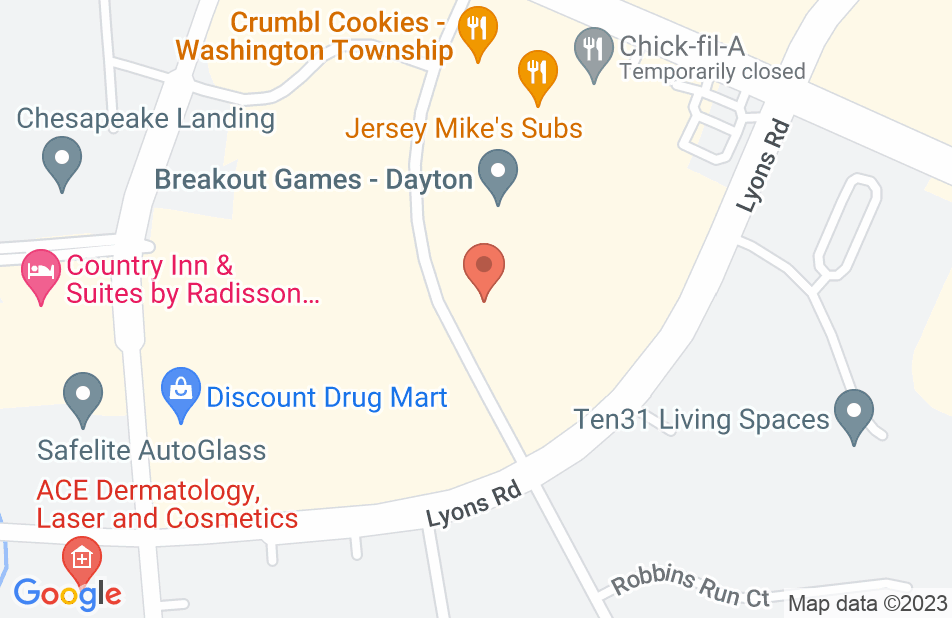 Mr. Burdge was the only attorney that would take on our lemon law case. Throughout the process Mr. Burdge and his staff were always there to answer any and all questions we had. Mr. Burdge always put what was in OUR best interest first and that’s hard to find when dealing with attorneys. We cannot thank him enough for everything he did for us to get our case resolved. We would highly recommend his services to anyone looking for a 5 star Lemon Law Attorney.
This review is from a person who hired this attorney.
Hired attorney

I came across some help from Mr. Burdge while reading on someone else's question for help. As I scrolled through he provided smart and general advice that would also help my situation with a lot of good resources to read up besides the familiar, "acquire an attorney". I would reach out except we are in different states. Thanks either way!
This review is from a potential client who consulted with this attorney.
Consulted attorney

Attorney Burdge and his staff were outstanding in assisting us with our RV claim. He kept us informed during the entire process about what to expect. We are 100% satisfied with the outcome of our claim. We would highly recommend Attorney Burdge to anyone.
This review is from a person who hired this attorney.
Hired attorney

Ronald was willing to provide us a succinct response with recommendations for next steps quickly. The information he provided was just what we needed to know we should keep moving forward.
This review is from a potential client who consulted with this attorney.
Consulted attorney

There isn't much I can say other than I'm am extremely pleased with how Ron Burdge and everyone in his office treated me and handled my case. They were there when I needed help, and stayed on top of things throughout the entire process until it got resolved. You can't ask for anything better.
This review is from a person who hired this attorney.
Hired attorney

I was always apprehensive about lawyers but this one specialized in what I needed. I can't say enough how easy it was, how they explained everything even tho I asked some things over and over. Had several issues with a Ford, they went right to work and it settled before our court date. It was easier than I ever expected and kept waiting for the surprise of needing $$$ and it never came. It was about me, not the money. I will always recommend them and I'm blessed they are local for me. You won't be disappointed!!!
This review is from a person who hired this attorney.
Hired attorney

He is not licensed to practice in my state, which I already knew, but was willing to engage him for a review my circumstances, without obligation to represent me in Virginia. His overall expertise in many matters that would hold influence in my case would be of great guidance to me, but , unfortunately, it doesn't seem he can help me because of the licensing/jurisdictional issues. Mr. Burdge is so highly rated, I wanted to contact him. anyway, even though I knew he was not licensed in my state. He represents the character and integrity of the attorney I want. I have no regrets for contacting him and respect his determination that he can not help me further. No sour grapes.
This review is from a potential client who consulted with this attorney.
Consulted attorney

With the information that mr. Burger provided I was able to contact a local lay firm and they sent the couple a letter explaining that they perjured themselves by lying about the conditions and intentionally deceiving me and that they would be liable for attorney fees plus the reimbursement for the 2000 for themselves to come get the trailer themselves and refund me my money. They chose to send the money back to me and they didn't never came and got the trailer so that was up to me to dispose of it which was fine so I do appreciate the information & it helped me win my case. It was also a very fast response to the question that I posted. I would recommend him to any and everybody

Ron's clients know how good he is on an individual level, I'd like to comment on what his clients don't see. I am also a lemon law/consumer lawyer and have know Ron for about 15 years. I can count on one hand the number of lawyers, in the nation, that have the depth and breadth of Ron's knowledge. When lawyers in the field have a question, they turn to Ron. Not only do his clients directly benefit from Ron's wisdom, he has impacted consumers across the country by making other consumer lawyers better.

His help has simply been amazing, local attorneys I've talked to about my situation went no where, they didn't want to be bothered. Mr. Burdge was willing to give very good info. About my options and was willing to look into things further.
This review is from a potential client who consulted with this attorney.
Consulted attorney
See all reviews

(271)
Are you an attorney? Endorse this lawyer

I endorse this lawyer. Attorney Burdge is the finest Lemon Law Attorney in Ohio and one of the top in the entire United States. He is the only attorney I would refer clients to. He is a strong and zealous advocate for his clients and a credit to the legal profession.

I endorse this lawyer's work. Ron is one of the preeminent consumer lawyers in the country. He tries cases and wins. He also contributes generously to the consumer bar and to the advancement of consumer law and justice.

I endorse this lawyer. Ron is one of the most highly respected lemon law and consumer attorney's in the entire country.

I highly endorse Mr. Burdge. Truly exceptional and caring attorney who gets great results in representing clients! I want all people with legal problems to contact him first.

Mr. Burdge is a valuable asset to this community. His dedication to the law and his clients is admirable.

One of the highest compliments in the legal profession is to be able to say that the opposing counsel was intelligent, professional, ethical and courteous. Litigation can involves very serious matters, but in civilized society, the administration of justice is best served by "civil" litigation with true civility. Attorney Burdge is all of the above.

I endorse this lawyer. He has a wealth of information and knowledge about Lemon Law and is a nationally known consumer law attorney.

I endorse this lawyer. He is a respected member of the legal community.

If you want the best results look no further. I highly recommend and endorse this lawyer.

I endorse this lawyer.Ron is "a lawyer's lawyer. I have had several cases with Ron and he is a true expert, and a true gentleman. I cannot recall being thoroughly beaten by an attorney and yet enjoying our relationship as much as I have enjoyed working with and being beaten by Ron.

I have enjoyed reading Mr. Burdge's responses to client questions on the Avvo Q+A. He is a very competent lawyer who is providing great service.

Mr. Burdge is a dedicated and skillful attorney who gives thoughtful and insightful guidance in his Avvo answers. He is a valued member of the Avvo community who is generous in sharing his time and expertise by spending considerable time participating on this site. It is my pleasure to endorse him