My father has practiced personal injury law for half a century, helping thousands of individuals.  In 1996, I joined him in his practice after working for a larger firm for four years.  Many of the clients we represent cannot afford an attorney, and there is nothing better than helping a family recover what they have lost, especially if it is from a large corporation which was clearly in the wrong.

Helping people is what our firm does.  Whether it's recovering money to help make life easier, getting justice for someone when the criminal system doesn't work, or simply getting a refund for someone on a vehicle which is a lemon, I enjoy helping people.  We recently tried a case for a family whose daughter was tragically killed in an automobile collision.  The defendant didn't have enough insurance, and the family wasn't concerned about money.  They simply wanted justice.  They had lost their daughter forever, and this young man was going to move on with his life without any form of punishment for his wrongful conduct.  The family asked us to pursue the case through trial so that at the very least there would be a judgment on his record.  That's what we did.  We tried the case to a jury and won.  The family was grateful that we took on this challenge when other attorneys turned them down simply because there was not enough money in it.  When we have clients thank us for helping them, we are rewarded in a way that you really cannot describe.

Personal
I spend most of my spare time with my wife and three children.  Much of that time involves little league sports.  I am an avid jogger, and I attempt to play golf and tennis. 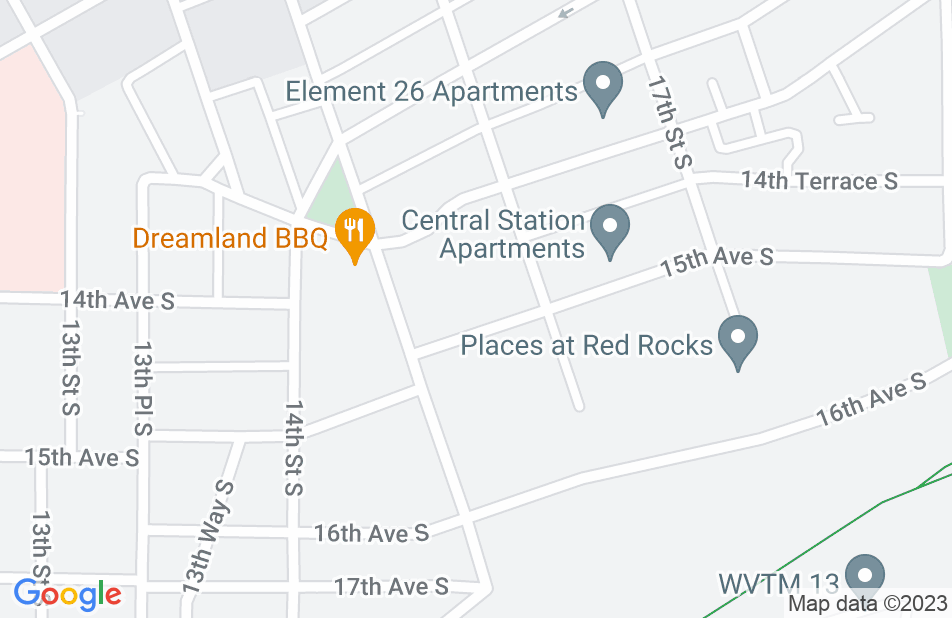 Jon Lewis was a beacon of hope to me at a time when my options appeared limited and the likelihood of a satisfactory resolution seemed almost impossible. Not only did he advise me from the beginning of my claim, but he stepped in like a superhero and refused to allow the large construction firm to bully me into accepting much less than to what I was entitled. I am eternally grateful for his service and I recommend Mr. Lewis without hesitation.
This review is from a potential client who consulted with this attorney.
Consulted attorney
Jon Lewis' response: Thank you Pam. It was my pleasure to assist you in your case.

Jon Lewis is both prompt and professional

Working with Jon was simply a pleasure. He always answered my questions promptly and professionally. And when I was up against the wall, he took it down, brick by brick. I would definitely recommend him to anyone in need of legal assistance.
This review is from a person who hired this attorney.
Hired attorney
Jon Lewis' response: Sonja, it was a pleasure representing and helping you and Alan. I'm so glad it worked out for the best. I wish you all the best in your future and let us know if we can ever help you or anyone you know.

During my senior year at UAB I was rear ended on University Boulevard in downtown Birmingham. My car was totaled and I was seen by a physical therapist for my injuries. Throughout the entire process Mr. Lewis and his staff helped relieve a lot of stress for me. He always made time for me and treated me with respect. If the situation arises again I will be using Mr. Lewis and his hardworking staff.
This review is from a person who hired this attorney.
Hired attorney
Jon Lewis' response: Thank you so much Jamaal. It was so nice to meet you and help with your case! Jon

A credit to his profession

My wife was injured in 2017 and was left with ongoing health issues. She continued working and I did what I could to help her. I watched her suffering and we went back and forth with defendants' attorneys until she and I both felt that it would be best to forget it as best we could rather than continue answering the same questions. Really a bad situation. I contacted Mr Lewis on my wife's behalf, he negotiated with the other parties' attorneys and reached an agreement. We both believe Mr Lewis goes the extra mile for clients and is truly a caring person.
This review is from a person who hired this attorney.
Hired attorney
Jon Lewis' response: Thank you for the kind words Tim. It was my pleasure to assist you and your wife.

Mr Lewis handled my case very professionally. He is a caring person who went above and beyond to help me when I thought there was no help to be found. I consider him a true professional and a decent, honorable man.
This review is from a potential client who consulted with this attorney.
Consulted attorney
Jon Lewis' response: Thank you Juanita. It was my pleasure. Merry Christmas and Happy New Year to you and your family!

Hire Jon Lewis to get your lemon repurchased by the manufacturer

Mr. Lewis worked hard and worked quickly to get VW to repurchase my lemon. Without his representation I doubt I would have been taken seriously by VW.
This review is from a person who hired this attorney.
Hired attorney

Fair, well-versed in the law and great communicator! Thank you so much for the peace of mind throughout this process!
This review is from a potential client who consulted with this attorney.
Consulted attorney

Mr. Lewis was very helpful in providing good consultation on a case. He was patient and provided excellent explanation on how to deal with the parties involved. I would definitely consult with him on future issues.
This review is from a potential client who consulted with this attorney.
Consulted attorney
Jon Lewis' response: Thank you Deepak. It was our pleasure to help.

Jon Lewis recently represented me in an automobile accident resulting in a lasting injury. He is professional, personable, and knowledgeable. He explained every step to me and returned my calls and emails promptly, even on the weekend. He negotiated a fair settlement for me. I highly recommend him!
This review is from a person who hired this attorney.
Hired attorney
Jon Lewis' response: So nice of you Kathryn. It was our pleasure and honor to represent you and help you through the process.

I hired Jon to represent me in a personal injury case and was extremely pleased with not only the outcome but his professional, courteous and patient manner throughout the entire settlement process. Jon was a tough negotiator with the insurance companies involved and fully explained my options each time we had a choice to make. He was very knowledgeable and experienced with personal injury cases and represented me exceptionally well. I wouldn't hesitate to recommend Jon to others and was extremely happy that he was on my side and not the opposing one!
This review is from a person who hired this attorney.
Hired attorney
See all reviews

Jon and I handled a case together where we were adversaries; I represented the defendant, he represented the plaintiff(s). Despite this relationship, Jon was highly professional and respectful towards me. Jon is experienced and does a great job for his clients. I endorse him.

Jon is a great attorney. He and his office are wonderful to work with. He negotiates excellent settlements for his clients, and he is dependable to communicate in a timely and trustworthy manner. Jon is well respected in the Birmingham Bar Association and beyond. I would not hesitate recommending him to my friends and family for a car accident, personal injury, or trucking accident case.

I have known Jon Lewis a number of years, and worked together, briefly, many years ago. I know Jon to be a very conscientious lawyer who puts his clients' needs first. He is dedicated, smart and aggressive. I highly recommend this attorney.

I endorse this lawyer. He is a dedicated, diligent and professional attorney bound to solve even the most complex and challenging cases. Mr. Jon is a the top notch attorney in his areas of practice and a well respected lawyer in the legal community. I recommend his quality services without hesitation to anyone seeking legal representation.

I endorse this lawyer. Jon's efforts and diligence leads to outstanding results for his clients. His care and concern for his client, in my opinion, is exceptional.

I recommend Jon enthusiastically. Although our firm doesn't handle personal injury cases, we often have the opportunity to refer our clients to attorneys who do this sort of work. Jon is professional and thorough and cares about each client we send his way. He is an excellent attorney and I recommend him highly.

I endorse this lawyer. Jon Lewis is a great lawyer who get the best results for his clients.

I endorse this lawyer with no reservation. An extremely talented and well respected attorney in the legal community.

I met Jon Lewis several years ago when I was looking to associate an Alabama lawyer in a personal injury matter. Besides doing an excellent job on that case he was very transparent and professional. Periodically I need to call upon Alabama counsel and Jon is my go-to resource. Jon is also very active in writing and commenting about personal injury matters. He is the obvious choice for personal injury representation in Alabama and I can recommend him without reservation.

I endorse Jon. He is a highly skilled attorney that is well respected in the legal community.

I endorse this lawyer. Jon is an excellent attorney and exactly the kind of lawyer you need when you have been hurt. His care and compassion are unequaled. He is admired by clients and respected by other attorneys.

I endorse this lawyer. Jon is my go to person in Alabama! Great attorney. We have consulted together on many cases involving mass torts.

I endorse this lawyer. Jon has an excellent reputation nationwide for his expertise and his concern for his clients.

I met Jon sometime ago and immediately knew that he was someone I could trust and rely upon. I'm sure his clients feel the same way. Jon is on my short list of lawyers to call upon.

I have known of Jon's excellent legal work for about a decade and you only need to read some of his legal guides and Avvo answers and the reviews and endorsements of him and you will see what all of us already know. Jon is extraordinarily talented and knowledgeable about the law and he cares about his clients and, importantly for his clients, he cares about winning and getting justice for his clients. His reputation is so good it is much wider than his home state too. If you have a lemon vehicle and he is anywhere near you, then I recommend you call him. If he will take your case, then I think you should hire him. He's very good. I highly recommend him to you.

@Jon_Lewis is energetic, knowledgeable, and truly cares about his clients. I understand his wife is also an amazing cook!

Jon is a leading lawyer in the personal injury field. Not only does he have vast knowledge, he ethically represents his clients' best interest.