Channika DeSilva is an attorney specialized in environmental toxic tort law who has successfully assisted and represented numerous clients in their asbestos cases throughout Alabama. With a solid educational background, impressive knowledge and relevant professional experience, she has obtained substantial financial compensation from over 30 trust funds for people whose health was severely affected by neglectful or intentional occupational exposure to asbestos. Although her areas of practice include Social Security Disability, Occupational Disease and Toxic Exposure as well, the primary focus of Channika DeSilva’s career is asbestos exposure cases.

The lawyer received her Bachelor of Arts from the University of Alabama at Birmingham and subsequently obtained her Juris Doctor degree from Birmingham School of Law while working full-time as a legal assistant for Cory Watson Crowder &amp; DeGaris. In 2013, Channika DeSilva was admitted to the Alabama State Bar. Before dedicating her professional endeavors to representing asbestos victims, she worked in Mass Tort Litigation and Social Security Disability Law. She is also a member of the Birmingham Bar Association and the Alabama Association for Justice.

Channika DeSilva is a very driven attorney who is permanently bound to achieve the most satisfactory outcomes for her clients and recounts that her passion for helping people who needed a voice has been sparked in high school. She was on the debate team and especially enjoyed partaking in policy debates, which involve teams of two advocates competing against each other. The attorney believes hard work, thorough research and dedication are the most important aspects in asbestos litigation cases, as representing injured people entails great responsibility. Channika DeSilva is licensed to practice in the Northern District of Alabama and is currently affiliated with Environmental Litigation Group, P.C. in Birmingham. 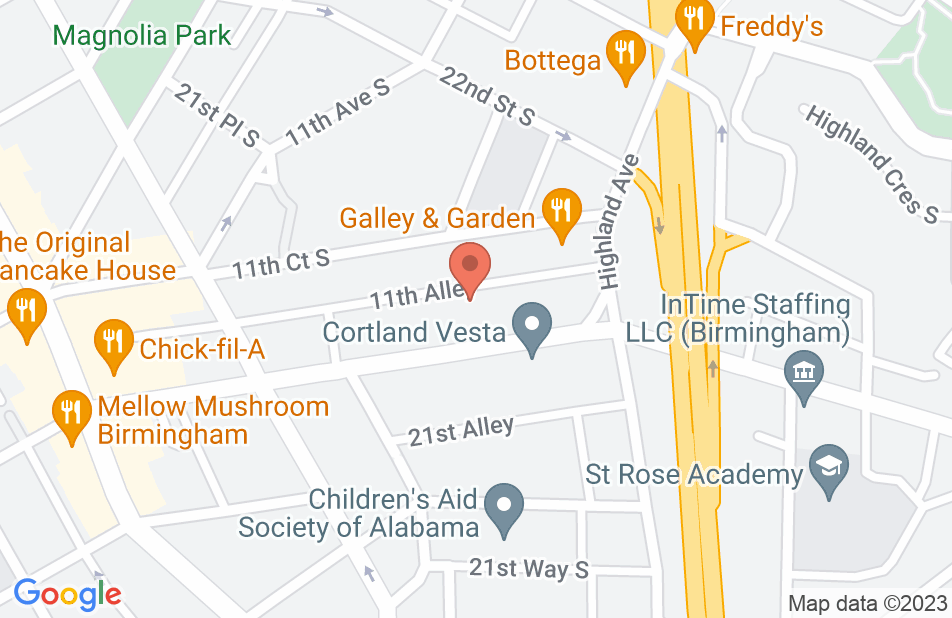 Channika Desilva is a fantastic attorney whose remarkable achievements speak for themselves. She has relentlessly fought for my case and successfully recovered the compensation I needed to cover my medical expenses. As soon as I met her, I was amazed by her compassionate attitude and by the genuine interest she took in my situation. Channika is one of the few attorneys who treat you as a person and not just as another case. With her astounding knowledge of the legal system, efficient approach and broad experience, the asbestos trust fund we filed the claim with awarded me a sum of money which was way larger that I’d expected, all by virtue of Channika’s proficiency.
This review is from a person who hired this attorney.
Hired attorney

If you’ve suffered a personal injury, Channika DeSilva is the attorney you’re looking for! She was recommended to me by an acquaintance and I’m extremely glad I chose her for my case. Benefiting from her support, knowledge and legal representation was a real blessing. Not only was she efficient and thorough, but Channika was also incredibly compassionate and sympathetic towards me every time we met to discuss my case, which was successfully solved sooner than I’d expected.
This review is from a person who hired this attorney.
Hired attorney

My mesothelioma case was successful thanks to Channika DeSilva’s proficiency!

I’ve worked in a paper mill for nearly 20 years and asbestos was everywhere. Seven months ago I was diagnosed with peritoneal mesothelioma and needless to say, my family was devastated. My daughter was the one who convinced me to file a claim and now I’m really glad I listened to her. Channika DeSilva handled my case exceptionally. She was always there for us, making sure we understood what each step of the legal process involved, promptly answering all our questions and striving not to miss any important information concerning my case. I couldn’t have asked for a better attorney!
This review is from a person who hired this attorney.
Hired attorney

A great lawyer you can count on

Channika DeSilva is without a doubt a highly competent and skilled attorney. At first, I was very skeptical and I thought my case didn’t stand a chance because I’d been diagnosed with mesothelioma two years before. However, all my doubts vanished after our first consultation and I was confident my claim was going to be approved. I was thoroughly impressed by her remarkable knowledge of the legal system, dedication and spare-no-effort attitude. With Channika DeSilva’s legal representation, my case was a success and I can’t thank her enough for her services. She is a reliable professional and I’d recommend her to anyone who needs a competent attorney.
This review is from a person who hired this attorney.
Hired attorney

Channika DeSilva is an outstanding attorney who helped me enormously

I had been diagnosed with pleural mesothelioma at the beginning of 2015 but it was only last year that I finally decided to take action and file a claim against the company responsible for my exposure. I knew how difficult asbestos cases can be and this is why I was very reluctant to proceed, initially. Despite my apprehensiveness and second thoughts, Channika DeSilva proved to be an excellent attorney. With her remarkable skills and experience, she helped me recover the compensation I needed so much to cover my medical expenses. Channika DeSilva is by far the most diligent professional I have ever encountered. Not only did she successfully carry out my case, but she has also assisted and advised me throughout the whole process. She is an amazing and compassionate attorney and I would recommend her services to anyone without hesitation.
This review is from a person who hired this attorney.
Hired attorney

(67)
Are you an attorney? Endorse this lawyer

I endorse this lawyer. She generously volunteers his time to thoroughly answer questions on this forum.

Susan Pniewski, Mesothelioma and asbestos Attorney on Aug 22, 2017
Relationship: Other

I endorse this lawyer. Her knowledge base is impressive.

Concerned, compassionate and caring are words I would use to describe Attorney Desilva. These are amazing attributes you want in a lawyer. Give her a call and she what she can do for you.

I endorse Ms. Desilva. She is perceptive and thorough. I have no hesitation in endorsing her for her skills and abilities.

Fiza Syed, Mesothelioma and asbestos Attorney on Apr 26, 2017
Relationship: Worked together on matter

I endorse this lawyer. She is a real asset in a difficult field.

I endorse this lawyer. She is an asset to her clients.

I wholeheartedly endorse this lawyer. A brilliant, trustworthy and highly respected attorney in the legal community. She truly cares for her clients.

I whole-heartedly endorse this lawyer. She specializes in a difficult field but she is well- respected by her peers.

Ms. Desilva's resume speaks for itself. She is well respected in the legal community. I happily endorse Ms. Desilva.

Ms. Desilva is insightful, passionate and compassionate. She brings the human touch to the practice of law that is so sadly absent these days mostly. If you are lucky enough that she takes your case, she will get you the best possible results through hard work, outstanding lawyering and caring. She is dedicated to helping "the little guy" get justice which is not a simple thing these days. If she cannot help you directly, she will do her best to find someone who can. Top notch lawyer and human.

I endorse Attorney Desilva. She is a skilled and dedicated attorney. This is demonstrated both by her insightful contributions to AVVO, as well as by her favorable client reviews.

Attorney Desilva is a hard-hitting, dedicated attorney and a valuable asset to this community. I endorse this lawyer.

I endorse this lawyer. Her beauty is as intimidating as her intelligence. Ms. Desilva is undoubtedly a top notch attorney who has skillfully mastered her primary area of practice over the course of her professional experience. Her sharp critical thinking and flawless work ethic are perhaps the key qualities which ensure the success of a remarkable number of her cases. I endorse this lawyer and encourage anyone who needs superior legal representation to opt for her services.

Attorney Channika Desilva has extensive knowledge of mesothelioma and asbestos law and clearly understands how to advise and represent her clients. I have had an opportunity to see how she responds to the problems presented for answers on AVVO and have determined that she is an excellent attorney who cares about her clients, while demonstrating professionalism, knowledge and passion. I endorse this lawyer.

Channika is a highly capable lawyer, whom I have had the privilege to work with. She is ethical and professional and finds practical solutions for clients. I also have found her to be competent and personable. I heartily endorse her.