Mr. Ahmed also serves as an Adjunct Professor at Barry University School of Law, where he teaches immigration law.

Mr. Ahmed has 20 years experience and practices immigration law exclusively. He was elected as the Orlando Regional Vice-Chair for the American Immigration Lawyers Association and as a liaison with the U.S. Citizenship and Immigration Service for 2013-14.   Mr. Ahmed is a Senior Partner and Immigration Attorney at Brink Ahmed Immigration.

Mr. Ahmed has acquired visas for many businesses as they seek to invest or trasfer their employees to the United States. He has assisted applicants from around the globe, including United Kingdom (UK), Canada, Brazil, Egypt, Saudi Arabia, Pakistan, India, Dubai (UAE) and many other countries. Visas he has obtained include:

Mr. Ahmed has successfully represented thousands of businesses and individual clients in various circumstances, including but not limited to, business and investment visas, employment visas, family visas, deportation, investor visas, asylum, naturalization and citizenship matters. Mr. Ahmed has extensive experience in deportation defense as well. He has appeared in hundreds of cases before dozens of immigration judges, successfully representing clients in matters ranging from removal proceedings to claims for political asylum, cancellation of removal, hardship waivers and adjustment of status.

Mr. Ahmed earned his Juris Doctorate degree from Touro Law Center in Long Island, New York. As a law student, Mr. Ahmed served as an Assistant Editor for the International Law Journal while contributing to various other journals and publications. He concentrated his studies in International Law and quickly developed a passion for assisting others with their immigration issues. Mr. Ahmed went on to complete a comprehensive law studies program in Shimla, India, an opportunity that enriched his understanding of the comparative legal jurisprudence. In 1988, Mr. Ahmed was admitted to the Florida Bar and after ten years of practice, in 2008, Shahzad Ahmed joined NeJame Law as a Partner.  Currently, Mr. Ahmed serves as the Senior Attorney and Senior Litigator for Brink Ahmed Immigration.

Mr. Ahmed is fluent in English, Urdu and Hindi. Arabic, Spanish and Portuguese are also spoken at his firm. 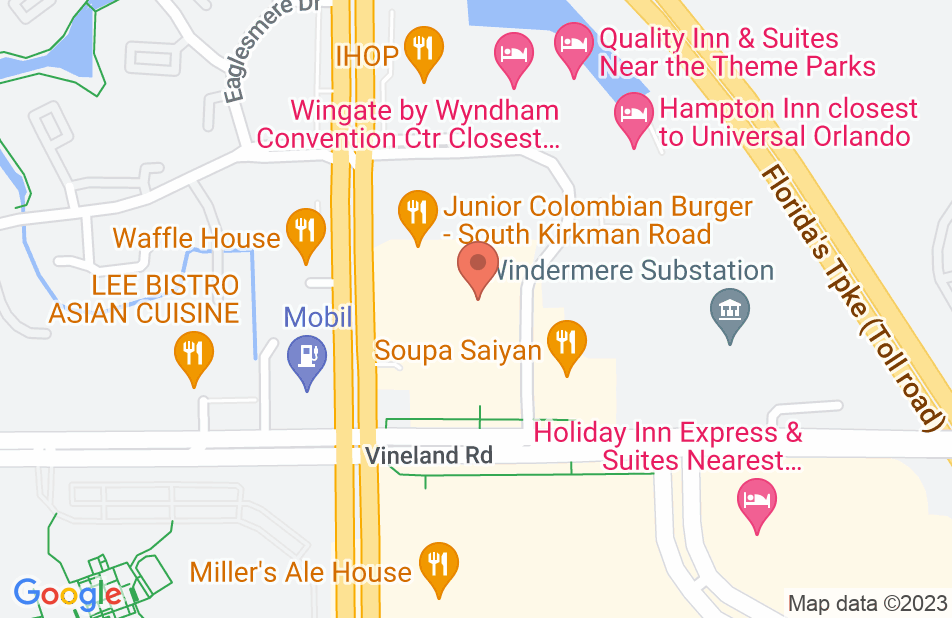 Shahzad Ahmed is a very professional, loyal and dependable person who works in the best interest of his clients. He is very understanding and down to earth. Shahzad and his office made sure that I was comfortable and informed about any changes and updates made to my case in a timely manner. Highly recommend his services!!
This review is from a person who hired this attorney.
Hired attorney

NeJame Law provided a great service. The team of lawyers and paralegal were very professional, committed, and willing to help. They answer all my emails and did a regular scheduled phone updates.
This review is from a person who hired this attorney.
Hired attorney

We hired Mr Ahmed for assistance in obtaining our EB1-A. Throughout the whole process Mr Ahmed was meticulous in his approach to our application and left no stone unturned. We filed our EB1-A and within premium processing got our approval in just 12 days. We were delighted with the outcome and I would absolutely recommend Mr Ahmed and NeJame Law to attend to any immigration matters you have.
This review is from a person who hired this attorney.
Hired attorney

Trust me!he is the best

The best lawyer ever, i got my green card before a few months ago and i still can’t believe it. My case was very complicated and many lawyers told that i will never have the green card but God made me meet Mr Shahzad, he’s amazing and smart , i will never forget my experience with him and his stuff , they was all great, God bless him and his family.
This review is from a person who hired this attorney.
Hired attorney

My case was extremely difficult and a waiver was needed to get an approval. My Brother-in-low found lawyer Mr Shahzad Ahmed and gave me he's number. Attorney Mr Shahzad Ahmed took my case and worked with such care,dedication and professionalism that you can only find in books about unique lawyers. Extreme hardship waiver was approved and I'm Legal now.
This review is from a person who hired this attorney.
Hired attorney

Mr. Shahzad Ahmed is a GREAT lawyer. Always answered all of our questions and was there when we needed him. He is excellent professional, very organized and cares about his customer's cases. He made sure I had noting to worry about while handling my case. Also communicated very effectively to us during the whole process. I would definitely recommend him as an Immigration Lawyer.
This review is from a person who hired this attorney.
Hired attorney

Shahazad called me after I sent him an email about my case. He provided a great feedback on next steps with no charge. Based on short conversation, Shahzad seems to be great attorney for immigration cases. Thanks Shahzad
This review is from a potential client who consulted with this attorney.
Consulted attorney

honestly Ahmed is honest lawyer, doesnt promise anything, he doesnt like to surprised by immigration officer, so be honest with him and dont leave anything without telling him so he can be prepared. He is very smart and strong in his major, and he has alot of respect in the immigration deparment. I hired Ahmed from the begining till i got green card. I am here not to praise Ahmed but to help any one who needs help in any immigration situation, because i know how hard its to look for a lawyer, i am saying its really difficult to find good lawyer especially in my case i had to react fast , i had no time even to look for one, on top of that which lawyer is trust worthy , they all have good profile , they all have suits on , they all have beautiful offices, they all have fansy websites. I am here trying save every immigrants time and their money, since i am one and i know how hard its to find good lawyer and be honest with you. I consulted many of lawyers before i get to Ahmed, Ahmed was really different, knows what he is talking about. My case was really hard, and every lawyer i consulted advised me to drop my case and start over. But all i know is Ahmed know how to fight and when . He brought my case from being denied, to be aporoved, and get my citizenship. If i have to do it again i would hire Ahmed again and again. I also learn no matter how the situation is , always hire alawyer with you. Because what ever you say to immigration officer will be used and interpreted against you, specially if your language is little weak. Remember its your furure and your family future that you gambling with by putting in any joe shmo lawyer. I did my home work and i looked and experienced Ahmed very well. He is the best lawyer i woukd recommend to family and friends .
This review is from a person who hired this attorney.
Hired attorney

I'm originally from Brazil and would like to share my experience with Mr. Shahzad. He was great handling a very complicated case (I-140 NOIR, visa renewal and green card), His assistant speaks Portuguese. Long story short..... green card approved !!! I highly recommend Mr. Shahzad to my fellow Brazilians.
This review is from a person who hired this attorney.
Hired attorney

This attorney represented our family for immigration. He has done an outstanding job and is well-versed and respected in his field. He's also a national known speaker but so modest you might never know it. Mr. Ahmed has done an exceptional job
See all reviews

Shahzad is a leader in the legal community. I first met Attorney Shahzad Ahmed when he was speaking about the complex issues of employer based immigration at an Orange County Bar Association seminar. Thereafter I called him at his office to discuss a case I had and Shahzad willingly provided advice to me as a young attorney. I appreciate your leadership. Attorney Ahmed's experience is an asset to every immigration client. Any business interested in increasing it's work force with foreign talent should consider Shahzad for help and advice. I endorse this lawyer.

Shahzad is a brilliant attorney and highly respected in the legal community. He shares his knowledge freely to help educate members of the bar as well as the general public. I highly endorse this lawyer.

Shahzad is a very knowledgeable and respected immigration attorney and I have been very fortunate to work alongside him. Shahzad practices and is well informed and educated in a wide array of different immigration topics such as asylum, business immigration (L-1, E-2, EB-1, EB-2, EB-5, H-1B, O-1, P-1), removal defense, and I-9 compliance. Additionally, his attention to detail and his willingness to be made available to his clients is truly admirable. I endorse this lawyer.

Shahzad is an exceptional attorney. Highly intelligent, experienced, kind, and an outstanding member of the community.

I highly endorse Mr. Ahmed. Truly exceptional and caring immigration attorney who achieves great results in representing clients! I want all people in his area to contact him for help.

I endorse this lawyer. Shahzad is a lawyer with excellent credentials and as a fellow member of the American Immigration Lawyers Association (AILA) I greatly appreciate his efforts in making CLEs available to us.

I endorse this lawyer. A brilliant attorney and a highly respected one in the legal community.

I endorse this lawyer. Mr. Ahmed is a well respected, thoughtful, and informed contributor on Avvo. I would recommend him to anyone needing an experienced advocate.

I endorse this lawyer. Even in a profession that reveres meticulousness, Shahzad is the most meticulous attorney I know. He parses the law with care, while understanding that his client's lives are at stake. Even while he is extremely knowledgable, he leaves nothing to chance, and goes above and beyond to ensure that his clients have every possible chance of success. He is the lawyer you would entrust your closest family members to.

I endorse this very professional, attentive and resourceful counsel for assisting with immigration issues.

Attorney Ahmed has extensive knowledge and experience in the area of immigration and takes pride in staying on top of the latest legal developments. He is a highly skilled advocate who I would highly recommend.