Michael LaScala received his Bachelor's Degree from the University of Georgia in 1995, and his law degree from Loyola University, New Orleans, in 1999. He was admitted to the Georgia Bar in 1999.

Michael started out his career as an Assistant Solicitor for the City Court of Atlanta, where he prosecuted hundreds of cases, including drug offenses and DUI's.

In 2001, Michael left his position as a Prosecutor and entered private practice, specializing in criminal defense. In 2007, Michael partnered with Manny Arora, another former Prosecutor who was also previously a partner at the prestigious lawfirm of Garland, Samuel & Loeb, P.C. Michael and Manny met while working together at the Fulton County District Attorney's Office in 1998. Together they formed the law firm of Arora & LaScala, LLC, where Michael concentrates on DUI defense and general criminal defense. His clients have included current and retired professional atheletes, police officers, elected officials and other public figures. 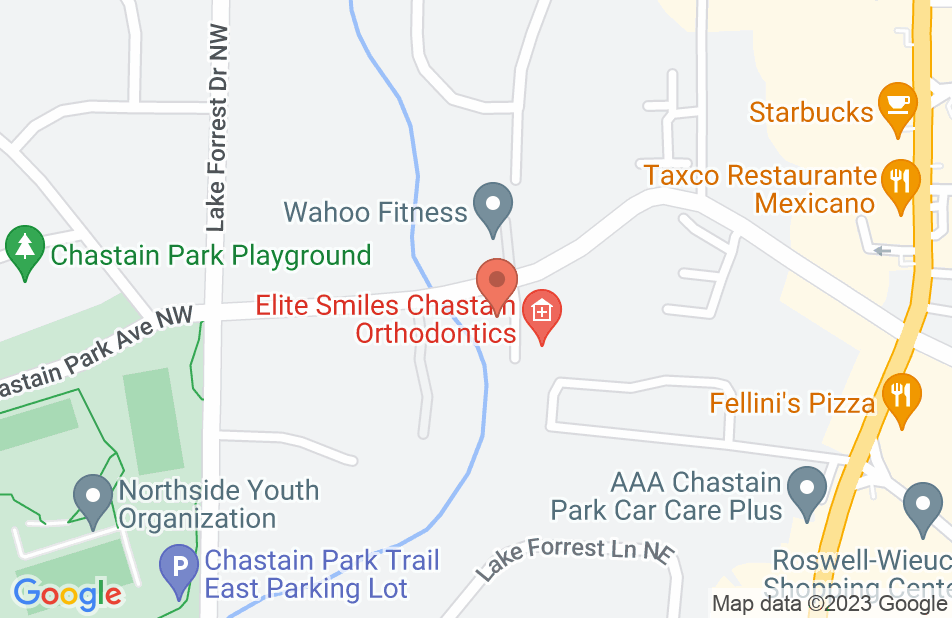 Michael took on my case even though is wasn't going to be easy. He was always there for any questions or concerns (unlike most lawyers) with a answer. He did a great job and got me through it winning the case. I highly recommend Michael and his firm if you have any legal needs.
This review is from a person who hired this attorney.
Hired attorney

I was lucky to have his help

Talk about making the best of a bad situation. Michael is dedicated to helping you by any means possible. He understands what I was going through and helped me navigate the court system. Michael brought up options I didn't even know existed. I couldn't recommend a better lawyer.
This review is from a person who hired this attorney.
Hired attorney

Wife and I had an argument. Unfortunately police got involved, and arrested and charged both with Battery Family Violence. There is even potential immigration consequence. Michael reassured us, and eventually got both cases dismissed successfully. I highly recommend Michael.
This review is from a person who hired this attorney.
Hired attorney

Charged with multiple offenses: Elusion of a police officer, super speeder, failure to maintain lane, and improper passing of a vehicle. Michael was able to drop all charges and reduce my case to community service and supplemental driving courses. Very satisfied and would recommend to anyone as a traffic attorney.
This review is from a person who hired this attorney.
Hired attorney

Michael is hands down the best attorney

After getting my first DUI dropped to Wreckless after blowing a .21, Michael was able to get my second DUI dropped completely by the prosecution to a traffic citation of Failure to Maintain a Lane due to several inaccuracies by the arresting officer Michael pointed out. Due to a lack of evidence, Michael continuously argued with the DA in Blue Ridge, GA for 7 months and also got to know the arresting State Trooper where he argued the DA had no support for thier case. I was facing a double DUI case there since child under 14 was with me and up to 3 years potentially in prison since it would have been my 3rd DUI in less than 5 years. Michael was able to not only help solve my legal issues but was also a solid person during the whole period of time. I watched several attorneys in court blow in, spend 2 minutes with their client they had never met nd then go make a deal with DA to quickly earn their fee. That is not Michael. Michael cares about you as a person beyond just being a client. He is absolutely THE BEST DUI attorney in Atlanta. Nobody comes close.
This review is from a person who hired this attorney.
Hired attorney

Michael provided excellent service! He is very knowledgeable of the law and spot on with the motions he filed, which resulted in my DUI case being dismissed! Definitely worth every penny!
This review is from a person who hired this attorney.
Hired attorney

After you get a DUI, you get piles of lawyers marketing your mailbox for business(which is a *super awesome* reminder that you just got arrested). Regardless of the mail received and the availability of googling reviews I tend to go with trusted friends' opinions' over best marketing material (sorry graphic designers and copywriters) for anything of importance. So I asked around to the people who knew, and it was pretty clear who the guy to call was(LaScala). So lets get some bullet points here: - He is super easy to get a hold of; e.g. , answers texts, returns phone calls, if not himself then Kelly, and is very pleasant and honest about the situation you are in. - His admin Kelly Madrid is always on top of it, if Michael is in court or whatever the case may be; she makes sure he gets back to you or gets your message. Any paperwork, or financial dealings will be dealt with promptly, and once again this is all with a friendly and pleasant tone. Don't get me wrong no one jokes around about the seriousness of a DUI charge, but I hope you understand my point: - The communication is rock solid. Which is important extra important when dealing with a stressful topic. The Case: Not going to bore you with all of the details, but here's the idea. I did not lose my license in civil court. He is out there making every move he can that is in your best interest. He has a superb knowledge of the law. He is straight forward about the situation. He works hard, and has a genuine talent for his profession. In my opinion he gets it done and does his best to keep you stress free. **Charge: DUI **Result: Reduced to Reckless Driving (with minimal penalties, and no license suspension at any point).
This review is from a person who hired this attorney.
Hired attorney

Michael was able to have very serious sexual misconduct charges reduced to disorderly conduct. He kept me informed every step of the way. He knew how to handle an over-zealous solicitor with a messianic objectives. I would highly recommend this lawyer if you ever need someone on your side!

I made mistakes, Michael minimized the damage!

Posted by Michael from BuckheadFri Apr 10 2015

Michael helped me with major charges on two occasions. In Athens, Michael had a DUI charge thrown out and in Atlanta, despite having a BAC above the legal limit, had a DUI charge reduced to Reckless Driving. Michael is very responsive and I could not be more pleased with the results. I definitely would recommend him to a friend (and have)!

Michael Lascala is an excellent lawyer. He is professional, extremely knowledgeable and has a calming demeanor. He has a firm grasp on the law and gets the job done quickly and efficiently. Having him in my corner was the most important factor in the success of my case. I highly recommend him.
See all reviews

Michael is a well respected lawyer in the community. He knows the law and has a sharp mind. I endorse and recommend this lawyer.

Lance Williams, DUI and DWI Attorney on May 22, 2014
Relationship: Other

I strongly endorse Michael. He is flat out hard working and highly ethical. He is an exceptional attorney and will work tirelessly to get his clients a good result.

I endorse this lawyer. I first met Michael when he was working "the other side", as a prosecutor . The defense Bar and his clients are very lucky that he finally made the right choice and has become an excellent advocate for the defense bar

Mike is the go-to lawyer when it comes to representing individuals charged with driving under the influence of drugs or alcohol. I would highly recommend him to anyone who needs assistance.

Michael is a well-respected and valued member of the legal community. I endorse his work.

I endorse this lawyer. Mr. LaScala is truly one of Atlanta's elite criminal and DUI defense attorneys. He is always very pleasant and very dedicated to resolving the matters of his clients!

I really endorse this lawyer!!! I've watched Michael zoom to the top of the DUI Defense Bar. This guy is good. I regularly consult with him on technical DUI legal issues. This guy knows his stuff. His courtroom demeanor is highly confident, tough, but personable.

Michael LaScala is a talented, experienced, and zealous advocate for his clients. Michael's knowledge and experience, both as a former prosecutor and as a current criminal defense attorney, makes him an exceptional choice to assist individuals with their criminal defense needs. Michael is a skilled litigator and negotiator, and knows when to use which talent to benefit his clients. I endorse Michael LaScala to help you with your legal needs.

Mr. LaScala is among the elite of Metro Atlanta D.U.I. and Criminal Defense Lawyers. I HIGHLY recommend Michael.

I endorse this lawyer. I have had several personal friends that have been represented by Mr. LaScala and they have ALL had excellent results. I highly recommend him. He is very highly regarded by judges, prosecutors and fellow attorneys.

I endorse this lawyer. One of the best DUI lawyers in Georgia.

Almost by instinct I refer Atlanta-area traffic offenses (e.g., DUIs) to Michael LaScala. His record is exemplary. Perhaps more impressive than his accomplishments and intellect, though, is Michael's compassion. He understands that everyone has a bad day now and again, and that everyone, sometimes, needs a good lawyer to get them through the 'legal' part of that day. That's why I trust him with my clients.

I have known Mike for 8 years. He has always been one of the most honest, sincere, and trustworthy lawyers in the profession. When people ask me if I know Mike LaScala I can never say enough good things about him.

Mike knows DUI law better than anyone. He is an aggressive advocate who will fight for his clients. He gets results and anyone who has him by their side in court is lucky to have him. I highly recommend him.

I have known Mike since his days as a prosecutor in the City of Atlanta where he was always fair and the one working the hardest. As a defense lawyer he is at the top of his game, and he is always willing to go the extra mile for not only his clients, but also for fellow attorneys who may need help in their cases. If Mike is your lawyer, I promise you that you are in good hands because he is as capable as they come. Besides his legal acumen, he is also an all around good guy. I would call him myself if I needed a lawyer.

Steven Kellis, DUI and DWI Attorney on May 1, 2010
Relationship: Opposing Counsel on matter

I endorse this lawyer's work. Michael LaScala is an attorney who I tried cases against when I was a prosecutor in Atlanta. He is someone that I highly respect and his knowledge of DUI and Criminal Law is very impressive. One of Michael's greatest attributes is his personality and the way he deals with opposing counsel and prosecutors. He works very hard on his cases and always gets excellent results for his clients. He is an attorney that I would want to represent me if I was ever in trouble on a DUI or criminal matter.

I endorse this lawyer's work. I know Michael to be a highly dedicated, knowledgeable, and aggressive criminal defense attorney, with substantial experience in DUI defense. As a fellow member of the criminal defense bar, I am proud to have Michael as a colleague and recommend his services without hesitation. He is top notch.