Arrested for DUI? We fight DUI's in Metro Atlanta everyday. Over 100 DUI "Not Guilty" Jury Verdicts.

George Creal is a trial lawyer who has been practicing law in the Metro-Atlanta area for over 15 years.  George brings a broad range of experience to the court room.  He was born and raised in Atlanta, Georgia, graduated from Druid Hills High School, has attended North Avenue Presbyterian Church for over 40 years, and received both his college degree and legal degree from the University of Georgia.

Upon graduation from Law School in 1993, he served as staff attorney for a State Superior Court Judge in Clayton County and interned for Judge at the United State District Court for the Northern District of Georgia.  He worked for two years as a litigation associate for a mid-sized insurance defense firm.

George has taken numerous personal injury cases, employment law cases and workers compensation cases to trial in both State and Federal Court.  Further, George has tried close to one hundred criminal jury trials in both State and Superior Courts.  He enjoys cycling, tennis and spending time with family and friends when not in the courtroom. 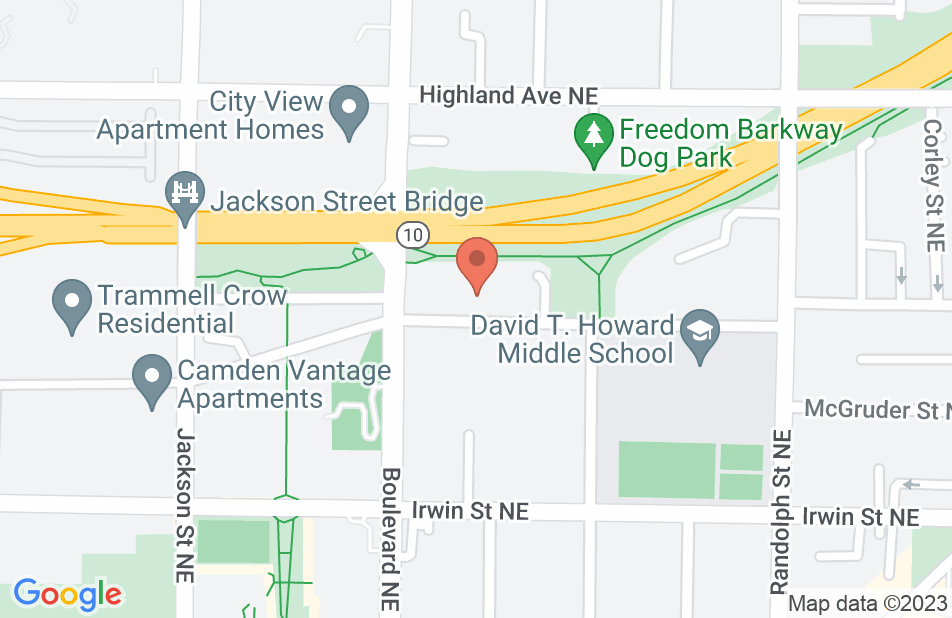 George was able to come through and get me out of two DUIs. great experience and results.

I would recommend George's services for anyone in this position

George Creal did a great job with my DUI case. He was able not only to prove the officer incorrectly performed the HGN tests and sobriety tests but he also had a great opening and closing argument. I would HIGHLY recommend Georg Creal for you DUI case. You won't be sorry.
See all reviews

I have known George for several years and he is recognized by many attorneys as an excellent attorney. He is one of the most knowledgeable attorneys I know and is not afraid to challenge a law he deems unconstitutional or unfair. He works hard for his clients and is respected by his peers for his refusal to back down from a fight. He fights for what is right and this courage often leads him him to the Court of Appeals. Many of the DUI lawyers that I know, as well as myself, keep an eye on the cases he appeals to look for new changes in the law.

If you have a DUI case that you want to fight, I recommend the services of George Creal without hesistation. George defends cases that many other lawyers would have long ago given up on. He knows the law, and he knows how to deliver results in the defense of DUI charges. George is an honest and committed DUI lawyer who will not give up on your case.

Mr. Creal is known as one of the most knowledgeable minds in the local legal community for DUI defense and evidence generally.

Lance Williams, DUI and DWI Attorney on May 22, 2014
Relationship: Other

W. Fields, DUI and DWI Attorney on Apr 25, 2014
Relationship: Worked together on matter

I strongly endorse George He works hard and is ethical. He is an exceptional attorney and works tirelessly for his clients clients.

I endorse this lawyer. George is a dynamo and will work hard for you.

I recently heard Mr. Creal speak at a DUI Super Symposium- he is one of the pioneers in BUI cases (boating under the influence); he was fantastic. I endorse this lawyer without hesitation.

Having worked with George, I can state with confidence that nobody works harder fighting for his clients. A talented jack of all trades, George will get results in all types of cases, from DUI to workman's comp and everything in between. If I were in need of an attorney, whether for a civil or criminal case, I'd look no further than George Creal.

William Towe, DUI and DWI Attorney on May 22, 2013
Relationship: Worked for lawyer

George is the best DUI trial lawyer I know. I worked for him during my apprentice days and learned a great deal from him. When I have a case that is difficult, I consult George for the answer. He always knows it off of top of his head and eagerly advises.

A DUI MVP. Attorney Creal is among the best at Atlanta DUI case successes.

Mr. Creal Jr. has an excellent reputation in the legal community and is known as an elite litigation attorney who zealously represents his clients interests. I am honored to endorse Mr. Creal Jr.

I endorse George. He is a highly skilled attorney that is well respected in the legal community.

George is a dynamic advocate and a highly skilled practitioner. I enthusiastically recommend him.

If you need a strong criminal defense in the Atlanta area, Attorney Creal is a great source.

I endorse this lawyer. George is one of the finest DUI attorneys in the State and has an unprecedented track record of winning cases. He has a keen knowledge not only of the law but of the science and, as a result, achieves outstanding results for his clients. He is aggressive with prosecutors but in a manner that keeps him well liked and respected by everyone throughout the State including, most importantly, the judges.

Exceptional, professional, and outstanding! I have watched in awe as Mr. Creal defended his client before a jury. George takes a unique approach to D.U.I. defense and is very successful. As an attorney who has tried many D.U.I. cases in Clayton County ... I highly recommend George C. Creal, Jr. as THE lawyer to defend your D.U.I. case in Clayton County.

George brings a knowledge and expertise in DUI law to the table for every client he represents. It is common to hear about Mr. Creal's latest jury trial win, as we are covering routine hearings on a day to day basis. George stays on the cutting edge of DUI law, always prepared and educated on the latest defenses and ready to deal with the prosecution's case.

I endorse this lawyer. George fights for his clients to get good results. He is a premiere lawyer, especially when it comes to contested DUI cases. He zealously defends his clients in courts throughout Georgia. I recommend him without hesitation.