Are you charged with a crime or being investigated? Nicole Naum is here to defend your rights. 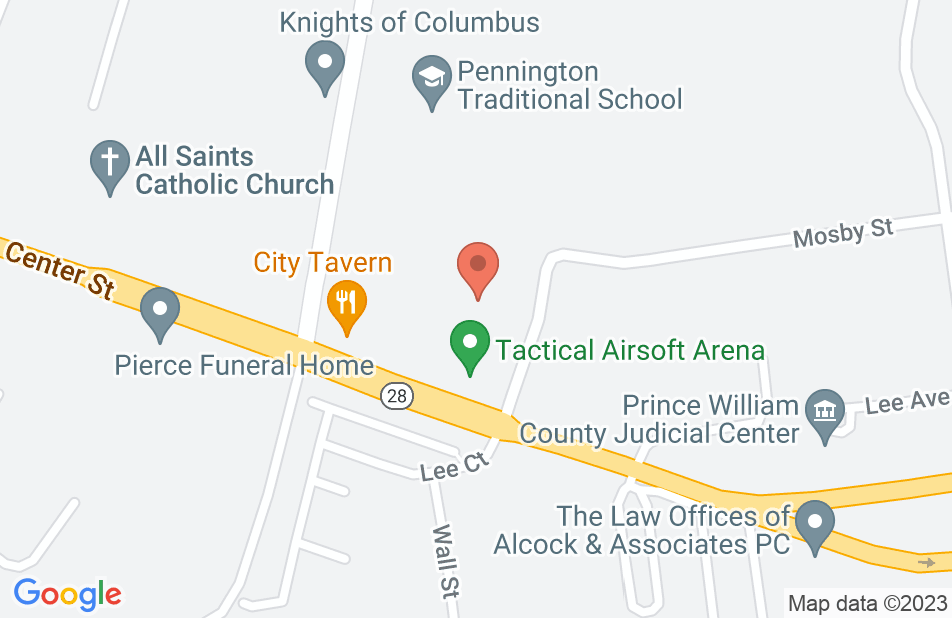 I first contacted Nicole over 3 years ago and she was very professional, attentive, quick to respond and made sure I understood what was going on. She was very professional, I was so impressed that I used her services again. If you're in need of a lawyer then she is the one to call! It was a pleasure working with her!
This review is from a person who hired this attorney.
Hired attorney

It's hard to express in words why Nicole Naum is by far the best legal representation you can ask for but I am certainly going to try. Her knowledge of the law, your rights, as well as the judges in the areas she serves are superb! She was able to get all charges against me dropped in my case and all odds were against me. Her proffensionalism and personality are unmatched by anyone else. She genuinely cares about you and your case and will do everything in her power to achieve the best outcome. If you are having trouble finding legal counsel look no further. I would hire again and again for any of my legal troubles as well as recommend her to others. I hope this review helps you as this is how I first came into contact with Nicole Naum. Take a chance on her. It may be the best decision you have ever made!
This review is from a person who hired this attorney.
Hired attorney

Nicole was confident that we had a good case and she not only won my case but got all charges dismissed and now the entire case can be removed from my record. If I ever was to have a legal issue I would hire her again 10/10 times.
This review is from a person who hired this attorney.
Hired attorney

Nicole Naum and her assistant Katia paid excellent attention to me and my case during covid! Nicole’s experienced advice to me resulted in a positively manageable outcome, and calmed my fears. Nicole gave me honest expectations and advocated for me with no objection from the prosecutor. I highly recommend her defense.
This review is from a person who hired this attorney.
Hired attorney

Hiring Nicole was one of my greatest decisions in life!

In an uncertain time of my life, facing some serious criminal charges to include 2 felonies, I really needed an attorney like Nicole to take the reigns and make me FEEL confident that things would turn out ok. Nicole's expertise and positive outlook were instrumental in keeping me in a positive mindset and ultimately getting my charges nolle processed. Not only did I end up w the best possible outcome, but Nicole was extremely proactive in getting the evidence we needed immediately, she is very responsive, came up w the best defenses and really educated me on the entire process along the way. I cannot recommend Nicole enough!!!
This review is from a person who hired this attorney.
Hired attorney

She is just tremendous

Three times now I have used this attorney for my kids for a variety of offenses. Each time Nicole has blown us away. Follow her pre-trial advice and just let her take the wheel. I cannot understate how competent, skilled, responsive and effective Nicole and her firm are. You will not regret retaining her....she is just fantastic....AND....affordable!
This review is from a person who hired this attorney.
Hired attorney

WOW! I had many consultations with quite a few other firms for my case and as soon as I had my consultation with Nicole, I knew she was the attorney for me. She explained the process to me and ensured that I understood every possible outcome. Through her knowledge, confidence, and strategic planning she was able to get my charge reduced to improper driving. I honestly could not have done this without her. She literally saved my career and I will put my money on her every time.
This review is from a person who hired this attorney.
Hired attorney

DONT CHOOSE ANYONE ELSE

Nicole was amazing & worked with me very efficiently. I needed her last minute and she came through and worked very hard for me. If I ever need her again (God forbid!), I know exactly who to call. Will be referring as many people as possible to her. Thanks Nicole!!
This review is from a person who hired this attorney.
Hired attorney
Nicole Naum's response: I appreciate your review so much. Always here for you and so glad you had a great experience with me. Thank you.

I hired Nicole for a traffic Class 2 Misdemeanor, caught ON VIDEO, in an unpopular/distant jurisdiction. I have had no previous experience with this type of situation, the severity of a misdemeanor, the court system, and finding representation. I was served/charged on 12/27/19, late on a Friday night of a holiday week in a public parking lot surrounded by troopers, absolutely humiliating and unnecessary. The timing was not the best to seek and retain counsel. Additionally, I had only a small window prior to my court date. I started calling and emailing attorneys that Saturday morning. Between my wife and I, we contacted numerous attorneys. Nicole has her cell listed on her site, so we gave it a shot and left a message. I was getting the run around or no response, or horrific scenarios from several other attorneys, it was extremely discouraging. Left a message for Nicole, and she returned my call later that day, a Sunday! Instead of preaching to me right off the bat, she asked about my concerns, and my worst case scenarios. She took each of those explained the law behind them and calmed the huge storm of worry for me. She never made me feel like my actions were as dumb and wreckless as they were or that my case was any less important, despite it not being a tremendously serious charge in the eyes of the law. She was very responsive, explained things in detail, made me feel comfortable asking questions that were probably pretty obvious, and was reassuring throughout. She told me exactly what I needed to do, which I did, and on my first court date she was able to get the charges down to a non moving violation with a small fine, and the ordeal was over. Nicole was professional, honest, straightforward, and did what she said she would do every step of the way. I highly recommend her, and have recommended her to several people. I would hire her again without a thought, however, I hope I never need to. Thank you Nicole!!
This review is from a person who hired this attorney.
Hired attorney
Nicole Naum's response: Thank you so much for taking the time to write this review. I appreciate the opportunity to work with you and your trust in me. Thank you!

Nicole is an amazing and knowledgeable lawyer. Defiantly the best in the area. She was able to help me in getting my case dismissed which I was really happy with.
This review is from a person who hired this attorney.
Hired attorney
Nicole Naum's response: Thank you, Leah. I'm glad you're happy with the outcome and I appreciate you taking the time to write this review!
See all reviews

I give Nicole my highest endorsement. I have worked with and for Nicole and cannot say enough about her tenacity and hard work. Nobody works harder for their clients than Nicole and she obtains fantastic results for them. She is well respected throughout all of the courthouses and courtrooms in Northern Virginia. She's someone you absolutely want to have in your corner when the chips are down. Again, I give her my highest endorsement - she's the best.

Nicole has built a reputation in the community as a very skilled defense attorney.

Ms. Naum is an excellent attorney and I highly recommend her to anyone facing criminal charges. She is knowledgeable, hard-working, and a great trial lawyer.

I endorse this lawyer. Nicole is an absolute rock star in Northern Virginia. She is diligent, competent, and cares about her clients like they were her own family. Her results are incredible. I recommend her with enthusiasm.

Ms. Naum is an attorney who's work product is only matched by her work ethics. She is someone that I wholeheartedly would send to for any criminal matter in Virginia. I would go to no other attorney. She is a jealous advocate for her client and respected by attorneys, judges, and prosecutors. You will never find anyone that will say Ms. Naum didn't do everything she could for them. She's that kind of attorney. I endorse this lawyer.

Superb trial lawyer and an amazing advocate for her clients. Ms. Naum is truly one of the absolute best!

Nicole is an excellent attorney who truly cares about her clients. I endorse this lawyer.

I had the opportunity to meet Nicole through the Fairfax Bar. She is an extremely charismatic and well-articulate attorney, and I highly endorse her.

Nicole is the attorney I would choose for a close friend or family charged with DWI. She works extremely hard to achieve the best possible outcome for her clients.

I endorse this lawyer. She has an impeccable reputation for getting great results for her clients. Nicole is constantly giving me unique and creative trial advice that I routinely incorporate into my own practice. When I have a case in Prince William that I cannot take, I usually refer them to Ms. Naum.

Nicole is certainly one of the most talented new legal tacticians to come out of law school in recent memory. Since starting her practice, she has skyrocketed to the top of my list of respected attorneys. I wholeheartedly endorse her.

I endorse this lawyer. Nicole, is a very talented lawyer and she works very hard for her clients.

Nicole is a very savvy and intelligent lawyer in our community. She works closely with her clients in order that, as a team, clients have the best chance of getting a favorable result. Each case is different, but I really like Nicole's strategic legal savvy.

Ms. Naum is an experienced trial attorney, who understands the criminal justice system in Northern Virginia. Her efforts on behalf of her clients are well-documented, and her ethics are unquestioned. I would highly recommend Ms. Naum to anyone in need of a dedicated and skilled criminal attorney.

I worked with Nicole briefly but I witnessed her determination and commitment to her clients. She is a hard-working and zealous advocate and I would highly recommend her.

Ms. Naum is a devoted attorney who fights for each and every one of her clients. She is capable of taking any case to trial, and gets the respect from her opposition because they know that. I would not hesitate to recommend a friend or family member to Ms. Naum.

I strongly and without hesitation endorse this lawyer. Ms. Naum is an outstanding attorney and a strong advocate for her clients in every way. She approaches her work with a high level of excellence and preparedness, assuring that her clients get the best outcome possible. She is worthy of high praise in everything she does.

Ms. Naum is a dedicated and knowledgable attorney. She is compassionate and works hard to help clients through difficult times. I would highly recommend her services.

I endorse this lawyer. Ms. Naum is a dedicated attorney who works hard for her clients. She is knowledgeable about the law and keeps up with the latest developments in her field.

I endorse this lawyer. Cutting edge. Part of the new wave of top criminal defense lawyers in Virginia.