Join the thousands of drivers that have saved money, points, and insurance. 5 Star Rated. 10.0/10.0.

Mr. Villanueva is a former prosecutor and he has successfully defended thousands of traffic tickets. He can help you save money, time, and points on your license. Call him now at (866) 402-3239 and ask for your free confidential consultation.

He is a founding partner and lead trial attorney of Villanueva and Sanchala, PLLC.  He received his Juris Doctor from Hofstra University School of Law and his Bachelor of Arts from Stony Brook University.

From his first day in law school Mr. Villanueva knew he wanted to try cases.  His passion for trial advocacy ultimately resulted in him being chosen as a member of Hofstra University’s prestigious national trial team.

As a law student, he worked through school assisting in criminal prosecutions for the Town of North Hempstead.

After receiving his Juris Doctor, Mr. Villanueva returned to his home in NYC and served as prosecutor.  After a few years of prosecuting serious felonies and misdemeanors, he was recruited by a Fortune 50 company to serve as Senior Trial Counsel.  In this capacity, he gained significant daily civil litigation experience and he quickly rose to try many multi-million dollar cases to verdict.  He remained in that position for several years until fate had united with him with highly-regarded employment lawyer, Tejash V. Sanchala.  The two men quickly realized the importance of merging their practices to form one of the Westchester County’s highly sought after law firms.

Mr. Villanueva has served as:

·         Member of the Board of Directors, Westchester County Bar Association.

·         Member of the Paralegal Advisory Board, Berkeley College in White Plains.

·         Member of the Paralegal Advisory Board, Rockland County Community College.

·         General Counsel to the Bronxville Chamber of Commerce. 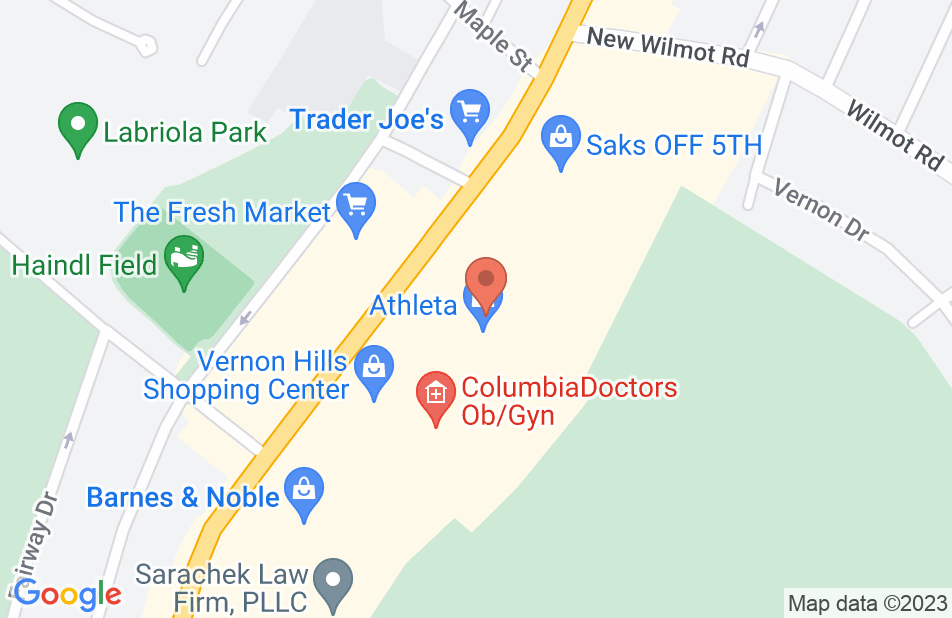 By Appointment Only (via Thomas Russo, Esq.):

Joe handled my family's 3 year personal injury litigation. He pushed the case to trial and fought for us with compassion and tenacity the entire way. We received a large settlement that exceeded our expectations. We have no doubt that is a direct result of his hard work and legal acumen. We consider Joe to be our family lawyer. We call upon him for everything from a real estate closing to our family's corporate work. He is simply the best. We highly recommend him.

Thank you, You saved my life.

I was wrongly accused of committing a heinous crime. Mr. Villanueva saved my life and had the charges dismissed. I feared that I would spend the rest of my life in jail. Thanks to him, I will live to see my kids graduate school and someday get married. Thank you for giving me my life back.

Very happy about the outcome of the case. Joseph took care of it. Got a majorly reduced fine and no pints. THANK YOU.
This review is from a person who hired this attorney.
Hired attorney

From the moment I reached out Joseph was very attentive and professional. He called me immediately, offered me a reasonable fee, and was proactive about resolving my ticket for no points. Rare to find someone so on their game—highly recommended.
This review is from a person who hired this attorney.
Hired attorney

Joseph P. Villanueva was awesome and his office was great. Mr. Villanueva handled everything and advised on what I needed to do and made it painless as possible. Got my speeding ticket reduced to no point and a small fine.
This review is from a person who hired this attorney.
Hired attorney

I got a ticket for not stopping for a truck weight check-up and that's two points. There was heavy traffic that day and as I tried to switch lanes the drivers did not let me pass. I did a lot of searches trying to find a good attorney according to the reviews. Joseph Villanueva has so many good reviews and I hired him. Within three months he solved my case. I did not get the points and did not pay much to the court. I WOULD HIGHLY RECOMMEND JOSEPH VILLANUEVA. I would also like to mention his secretary. Barbara is very nice and friendly and what's best she replies to emails so quickly and kept me informed at all times.
This review is from a person who hired this attorney.
Hired attorney

I engaged Mr. Villanueva to assist on a speeding ticket. He explained the process and what to expect, then followed up to confirm he'd contacted the court. He and his team reached an agreement with the prosecutor which was favorable to me and provided instruction on how to pay the fine. No fuss, just good work
This review is from a person who hired this attorney.
Hired attorney

I've used Joseph for several years now. I drive a lot and occasionally get a traffic violation. I don't even think about handling these things myself anymore. The money he has saved me has far outweighed his fees and my record is pretty darn clean as well. And on top of that, I always have a great experience with his office.
This review is from a person who hired this attorney.
Hired attorney

I hired Joseph to handle a speeding ticket in upstate NY on the Taconic Parkway. Joseph explained my options clearly and then walked me through every step of the process. Everything went exactly according to plan. Joseph did not want to make any promises about points on my license, so I was prepared, but he still succeeded in closing my case with zero points. Joseph was honest and transparent about everything. He looked after my best interests and I was extremely pleased with the outcome. I would hire him again and I would highly recommend him to anyone looking for help with a traffic citation in New York.
This review is from a person who hired this attorney.
Hired attorney

I can recommend Villanueva to solve a speeding ticket.

My case was delayed with Covid but Joe followed through and was able to work the case out to my favor.
This review is from a person who hired this attorney.
Hired attorney
See all reviews

Mr. Villanueva is an incredibly well respected and trusted attorney who achieves tremendous results for his clients charged with speeding, traffic and transportation crimes and violations in New York. He has earned the respect of fellow attorneys within the defense bar, prosecutors and judges for his zealous and effective representation of his clients. I fully endorse him without hesitation.

Joe is an excellent lawyer who gets top notch results for his clients. I refer many clients with issues outside my practice area to Joey V.

Joseph is a thoughtful and drivento fight for his clients.

I endorse this lawyer. Very good lawyer. Diligent and will always go above and beyond to do the best for his clients. Extremely knowledgeable about the law and the Courts he practices in.

I endorse this lawyer. He has a sharp focus on traffic ticket law, and is well-known for being a top attorney in that practice area. There is no question that I would call him in NYC for any and all traffic / legal problems I might have.

I endorse Joseph Villanueva. He is a hard working, intelligent, and skilled NY attorney who fights hard to obtain the best possible outcome for his clients. A dedicated professional who is widely respected within the legal community.

Mr. Villanueva is a top criminal defense lawyer handling cases in Westchester County and its environs. I endorse this lawyer.

I endorse attorney Joseph Villanueva. He is a highly skilled attorney who has worked hard to provide the best possible legal representation to each and every client to obtain the best possible outcome. He has earned respect from his clients and peers in the legal industry.

I endorse attorney Joseph Villanueva. Hard working, skilled, and dedicated to his clients. A respected member within the legal community.

This lawyer has my endorsement.

Joseph Villanueva has earned the reputation as the dynamic defender of citizens' rights in the Scarsdale, N.Y. area. He has earned the respect of colleagues, courts and clients. I have the utmost confidence in his abilities in the fields of criminal defense and traffic ticket defense. I recommend him highly.

I endorse this lawyer. Joseph Villanueva is an experienced and highly qualified attorney. I know him through Social Media Networking. He is professional, dedicated, and very informative about traffic laws and violation defense statewide in New York. He educates the public frequently in articles and posts about the laws in specific jurisdictions, and provides tips on traffic safety. He is a peer, and friend, and always professional in communications.

Mr. Viilanueva has gained a national reputation for excellence as a New York traffic offense attorney. I know that many attorneys practicing outside of New York feel extremely comfortable referring their top clients to Mr. Viilanueva, knowing that he will represent them zealously and with respect.

I highly recommend Joseph, and rely on his expertise. He is inteligent, fair, responsive and helpful.

Joseph is a highly knowledgeable lawyer who is passionate about defending the rights of his clients.

Attorney Villanueva is extremely knowledgeable of Speeding and Traffic Ticket Law. I have every confidence referring a matter to Mr. Villanueva. I endorse this lawyer.

Harold Dee, Employment and labor Attorney on May 8, 2013
Relationship: Fellow lawyer in community