Richard Swartz, Esquire, is a founding member of Swartz Swidler, LLC, a boutique law firm that focuses on employment litigation and counseling in New Jersey and Pennsylvania.  Previously, Richard practiced law in the labor and employment departments of Ballard Spahr, Pepper Hamilton, and Blank Rome.  Drawing on this big firm experience, Richard offers the "know how" associated with big firms along with the "personal contact" associated with the boutique.

Richard received his Juris Doctorate from Temple University School of Law in 1997. While at Temple, he interned for the Honorable Robert S. Gawthrop, III, U.S. District Judge for the Eastern District of Pennsylvania.

Richard is conversational in Spanish and welcomes the opportunity to brush up on his Spanish with clients.  While at Temple, Richard was a member of L.A.L.S.A. 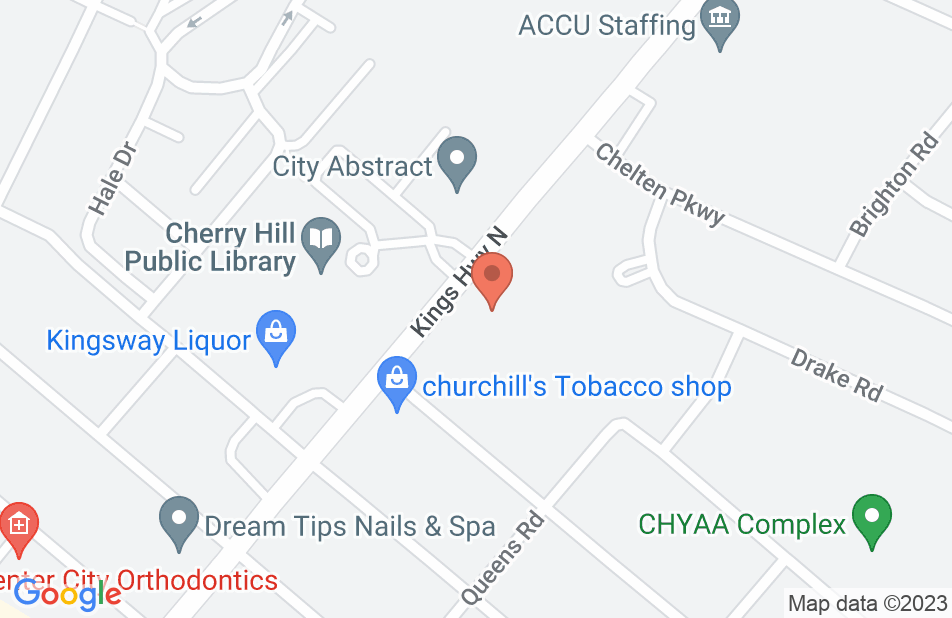 Aggressive with opponents, great with clients and knowledgeable about the law

Richard's knowledge of employment law is excellent. He is an aggressive advocate while at the same time easy to work with from a client's perspective. Moreover, he is candid about the strengths and weaknesses of your case, a quality that is very hard to find in a lawyer.

The Man is Amazing all i can say!

Had a major legal matter with a very large company and he handled the matter with not a worry in mind. Would never hesitate to call on him again for anything. 2 thumbs way up.

I contacted Mr. Swartz’s law firm to request a free consultation on a legal matter. Mr, Swartz was Very professional, knowledgeable and considerate of my concerns. He guided me through my options. I did not feel rushed at all during our phone conversation. I would reach out to him again if needed, and thank him for his time.
This review is from a potential client who consulted with this attorney.
Consulted attorney

My conversation with Richard was very pleasant and he did not try to sell me anything, he strictly advised me and assured me that if needed he would be there. Was very comfortable.
This review is from a potential client who consulted with this attorney.
Consulted attorney

He was awsome! He unfortunately was not able to take my case but he care enough about me and my situation to point me in the right direction. You can really sense his compassion
This review is from a potential client who consulted with this attorney.
Consulted attorney

Mr. Swartz is an outstanding top-notch attorney. In detail, his staff was immediately responsive to my inquiry. His assistant Stacy asked thorough questions about my matter and scheduled a fast appointment with him. Not only did he make the time to discuss the legal matter thoroughly, but he also did so in a straight forward way. Although my matter did not escalate to retaining him, he is so reputable that I would definitely reach out to him again if the need arises. Trustworthy and caring too.
This review is from a potential client who consulted with this attorney.
Consulted attorney

Way above and beyond my expectations !! First of all there are multiple people to thank at this firm ! Richard himself was so attentive and listened to my every question and need. At my surprise , Stacey Cortes help me just as much as Richard. Stacey would call me back within reasonable time and never too busy for my needs . I could go on and on! I am recommending this firm , Richard and Stacey to everyone I know.
This review is from a potential client who consulted with this attorney.
Consulted attorney

I highly recommend Richard Swartz and his firm, Swartz Swidler. My case was very important to me and Mr. Swartz treated me that way. He was responsive to my questions and his expertise was invaluable in achieving a positive outcome. Mr. Swartz was assisted by Stacy Cortes and Matthew Barnosky.. They were equally attentive and dedicated to my case.
This review is from a person who hired this attorney.
Hired attorney

No Fear Seeking A Lawyer Here!!!

I was inquiring about the accurate Federal Laws pertaining to my rights with regard to not receiving lunches at a business that I was employed with. Richard and Stacy (his paralegal) were extremely helpful and very knowledgeable with respect to my situation and clearly stated the facts in a way that I could easily comprehend. And even though I did not have a case to be filed they continued to lead me in the right direction knowing that they were not receiving compensation for their time and efforts. Donna ( the receptionist with the firm) was also very knowledgeable of the firms capabilities and is the nicest and friendliest individual to greet you when you call seeking the help of an attorney for your needs.
This review is from a potential client who consulted with this attorney.
Consulted attorney

Highly recommend this firm. Richard swarts & crew I would like to thank the firm for all your help and hard work during this case. It was a challenge for me & I could not have done it without you all. You kept me comfortable and walk me through all of it. And I just want to send my appreciation out to you all. A special Thank you my people. Blessings & shalom shalom! S.yehudah
This review is from a person who hired this attorney.
Hired attorney
See all reviews

I endorse this lawyer. He is a top notch attorney in the area of employment law. I do not hesitate to recommend clients to him.

I endorse this lawyer. Richard is committed to providing exceptional legal service to his clients!

I endorse this lawyer's work. I had the pleasure of working for Mr. Swartz as a law clerk. Mr. Swartz is an expert in the area of employment law and is dedicated to providing excellent representation for his clients.

David Zatuchni, Employment and labor Attorney on Oct 13, 2010
Relationship: Worked together on matter

Michael Homans, Employment and labor Attorney on Jul 25, 2010
Relationship: Worked together on matter

I endorse this lawyer's work. Richard is smart, thoughtful, creative, caring and diligent. I highly recommend him.