The Jump Law Group is a consumer protection firm emphasizing bankruptcy, Fair Debt Collection Practices, Fair Credit Reporting, Identity Theft, Foreclosure Prevention, and Credit Repair. Jay S. Jump is a member of the National Association of Consumer Advocates as well as the Washington State Chair for the National Association of Consumer Bankruptcy Attorneys. Contact us today at 253 479 0241 for more information. 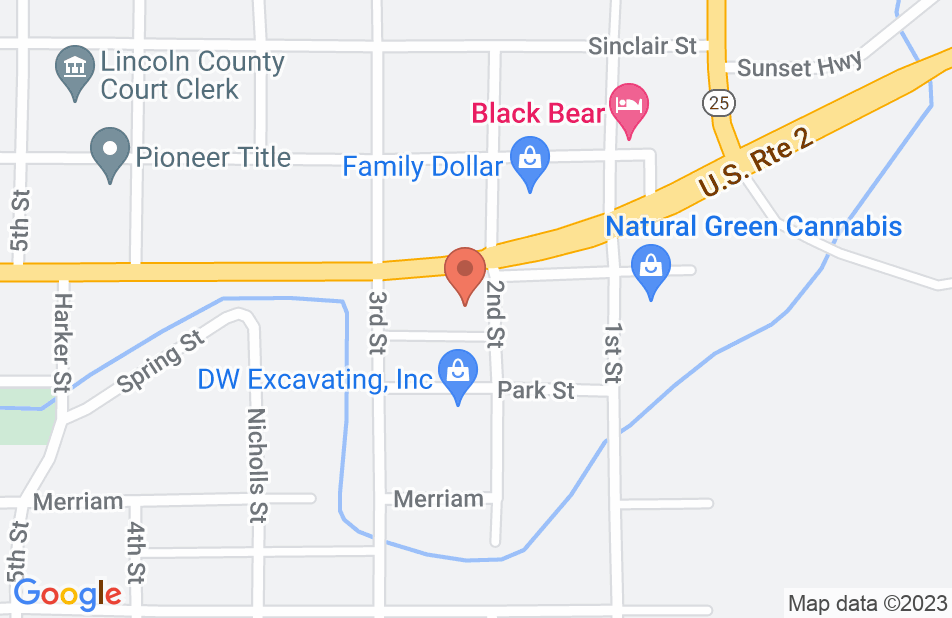 My wife and I first met Jay in March/April 2009 during the global financial meltdown. Jay had been recommended to us by a number of people within the legal profession as being a solid bankruptcy attorney who would look after us and make sure we got the best outcome possible. The first thing my wife and I felt was that Jay put us at ease about the process. Of course it is not something anyone wants to go through, but his systematic approach enabled us to sleep at night not worried that we were doing the right thing. Within 6 weeks we filed for a chapter 7 BK and found it to be a relatively painless process. Jay was able to remove $30K of credit card debt, and our house which was a huge burden since I had lost my position 5 months earlier, and we couldn't afford the mortgage as we had depleted our savings. Once we were discharged from the BK, Jay continued to support us with advice and help when we needed clarification. It took the bank 6 years for the bank to foreclose the property we had been discharged from, and even after this amount of time, Jay continued to support us with advice and help if we needed it. Recently Jay has been a champion on our side during our quest to secure a new mortgage, we can't thank him enough. If we had to sum Jay up in a few words, they would be: Honest, fair, diligent, helpful and just a nice guy to work with. We would highly recommend him to anyone who needs to go through this process. With Jay on your side, it doesn't hurt as bad as you think!
This review is from a person who hired this attorney.
Hired attorney

Attorney Jay Jump successfully handled my bankruptcy in late 2009 and forced credit card companies to retreat on their attempt to garnish my wages. Six years later he has kindly offered advice on my bankruptcy and how it affects my current financial situation.

Mr. Jump is an outstanding attorney. He has helped me turn my life around and was helpful, kind and responsive throughout the process. Thank you for all you have done for me!

Jay is an outstanding attorney.

I was referred to Jay through another very reliable attorney. Jay Jump went above and beyond expectations when he helped me out. I have worked with several attorneys prior to meeting Jay and all have been helpful. In the future I will just call Jay. Not only was he professional and knowledgeable, but he also kept me informed on our situatuon daily as the case progressed. I asked for Jay's help hoping to get a fine reduced. Due to his thorough research the whole case was dropped. It saved me money and saved my record as well. I also thought Jay was an enjoyable guy to meet.

Not only was I a client of Jay's, but I'm also an attorney. When experts need to go somewhere for advice, Jay Jump is the attorney to talk to. Jay, is very responsive to my calls and provides sound quality legal advice that I trust fully.

Jay is my hero!

I went to not one, not two, but three attorneys who all said they couldn't help me before I made an appointment with Jay. By that time I was stressed, overwhelmed and felt hopeless. Jay was patient, had ideas on how he could help me, and proceeded to outline my options. Six months later my life looks entirely different and to say it mildly - I have a life again. Though it's a painful time in one's life, if you are facing financial difficulty I can recommend you speak with the Jump Law Group.

You won't find a better Attorney than Jay!

Jay Jump and his group represented me in my Bankruptcy filing and continued representation. When I realized I needed an Attorney, I made numerous calls and did weeks of research, Jay and the Jump Law Group name were continually mentioned, and always in high regard. Even the court trustee's office referred me to him. I could not have made a better selection for an Attorney if I wanted to. From day 1 they were extremely professional and very personable. They put me completely at ease and explained everything in detail to me until all my questions had been answered. It was a very stressful time in my life and the Jump Law Group made a difficult situation less frightening and less stressful. I never felt like just another number to them. They took the time to truly concentrate on me when it was my time, and I know that is the way they treat all their clients. If I had a question they would always get back to me via phone or email with a timely response. Trustworthy is another trait that comes to mind when I think of Jay. There was never any doubt in my mind about his trustworthiness. When you personally meet him, you will understand. His experience and service level is truly a step above and his industry recognition is second to none. He truly guides you through the process smoothly, quickly and safely and you always know that you are in good hands with Jay at your side. I don't know what else I can say but I do know this, you have chosen the best when you have Jay Jump as your Attorney. Don't make the mistake of choosing someone else. You will be treated to a level of expertise, professionalism and trust that is hard to come by in this day and age. Having Jay for my Attorney was a godsend and I am thankful even 2 years later to still have him on my side. He's the best! Thanks Jay. Gary

I didn't need to hire him to file bankruptcy for me, mainly because he was able to provide me with enough information and guidance in the free 30 minute consultation/interview for me to handle things on my own which kept me from having to file. He easily could have convinced me into using his services but suggested other alternatives for me to consider. He was straight forward and to the point and won't beat around the bush. He'll tell you like it is.

Would you again if he was closer

My husband and I have both used Jay over the last 15 years. All civil matters and Jay has won us a settlement that I didn't even know that I was entitled to, he is not the best communicator. But he worked for us.

He is a very unresponsive attorney and does not provide the service you expect for the fee he charges. I had to ask several times for paperwork to review, and only on my final insistance of him breaching contract did he send me a incomplete petition, note he had all the information for atleast 3 months. He doesnt return calls, or emails and he is not very informative about the bankruptcy process just throws numbers at you and expects you to understand and trust him. I would never recommend him.
See all reviews

Jay is a fellow member of the National Association of Consumer Bankruptcy Attorneys. Jay is a well respected bankruptcy attorney and I fully endorse his work.

I endorse Jay. He is a highly skilled attorney that is well respected in the legal community.

Mr. Jump is an outstanding and excellent attorney. I would recommend anyone and everyone to him for his services. I have been practicing for 24 years as a judge, magistrate, law professor, private attorney, and prosecutor, and I learn from his answers on Avvo every day. Simply an exemplary attorney.

I endorse this lawyer. Jay knows his stuff. He is the lawyer that teachers other lawyers how to file bankruptcy cases.

I endorse this lawyer. Mr. Jump is an active member of the National Association of Consumer Bankruptcy Attorneys and has been recognized by the legal community for professional conduct and experience.

I know Jay from NACBA conventions and applaud his amazing knowledge of technology in law. He is heavily involved and committed in bankruptcy political issues on behalf of clients, and I am proud to call him an esteemed colleague. He goes the extra mile to help his fellow lawyers, so I know he goes the extra mile to help debtors by constantly staying current on bankruptcy law issues I look forward to seeing you again at the next convention, Jay.. Did I mention he's a nice guy too (the smile on his picture is not fake -that's really him).

Linda Littlefield, Bankruptcy and debt Attorney on Jan 15, 2012
Relationship: Other

I endorse the diligence and creativity of attorney Jay Jump. he cares enough about his clients to aggressively protect their interests.

I have come to know Jay's work through our membership in the National Association of Consumer Bankruptcy Attorneys. He has a commitment to professionalism and assisting his clients with the highest standards of the practice.

I endorse this lawyer, and know him and others in the National Associateion of Bankruptcy Attorneys who strive to uphold the highest standards in the profession.

Gary Armstrong, Bankruptcy and debt Attorney on Jan 7, 2012
Relationship: Other

I have come to know Jay through the National Association of Consumer Bankruptcy Attorneys. His contributions there indicate a sincere desire to assist those in need and maintain the highest standards of integrity and professionalism.

Malcolm Ruthven, Bankruptcy and debt Attorney on Jan 7, 2012
Relationship: Other

I endorse this lawyer. Jay and I both participate on the NACBA (National Association of Consumer Bankruptcy Attorneys) listserv and he exemplifies the high quality we all should have.

Kurt O'Keefe, Bankruptcy and debt Attorney on Jan 6, 2012
Relationship: Worked together on matter

I endorse this lawyer. Jay is the best. He is at the forefront of technical developments that relate to the practice of law. He is a champion for his clients and unafraid to forthrightly represent them in court.

I endorse this lawyer. I have known Jay for years. His commitment to the area of bankruptcy has been an inspiration. He has been a constant source of information to me and countless other attorneys in my area. I have absolute confidence in Jay Jump as a professional and a friend.

I endorse this lawyer's work. He's a know leader, mover and shaker in our field. Really knows his stuff, hard worker, good results.