Heather is an Attorney and Shareholder with GLP Attorneys, and leads the firm’s North and Central Washington offices based in Burlington, which includes Skagit, Whatcom, San Juan, Island, Chelan, Douglas and Okanogan counties.  Heather manages a team of three personal injury attorneys, their paralegals, legal assistants and staff.  She and her team have grown GLP Attorneys' Burlington office to be recognized among the best personal injury law firms in North and Central Washington.

Heather started her career in the legal field in 1990, when she began work as a paralegal.  She joined GLP Attorneys as a paralegal in 2002.  Inspired by over a decade of work with attorneys and clients, in 2003 she entered the Washington State Bar Association’s Rule 6 Law Clerk Program.  This four year program is an alternative to the traditional law school program and gave Heather the opportunity to not only learn legal theory and history, but it also provided a solid clinical experience where she was able to apply what she learned to actual cases and work for clients.  She did this because she continued to work full-time as a paralegal while in the program.  Heather graduated from the program in 2007, passed the Washington State Bar and became a trial attorney with GLP Attorneys in 2007.

Heather’s passion for her work and clients is evidenced by her many reported settlements and verdicts. 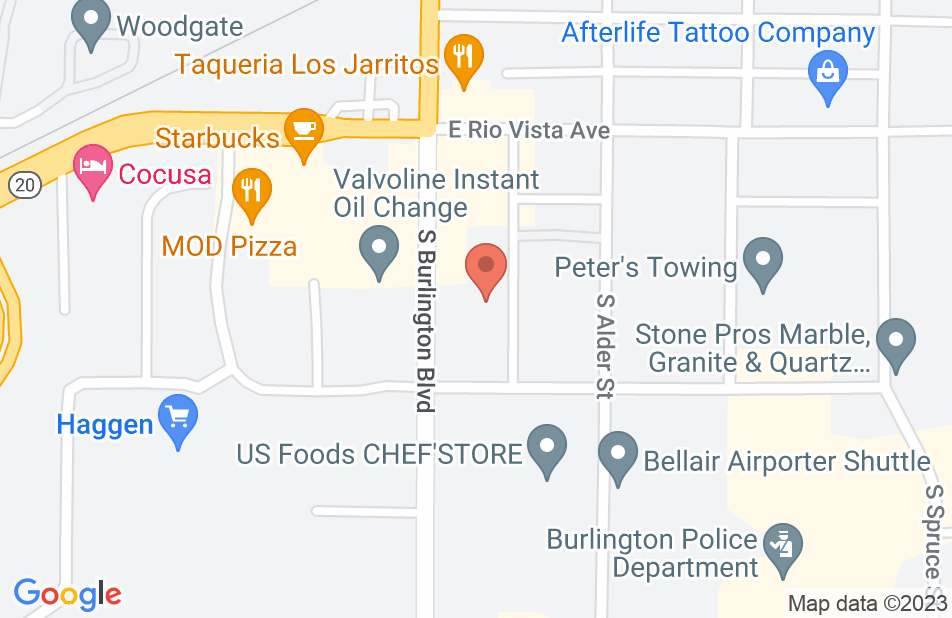 Heather was recommended to me by my chiropractor after being treated for 2 two years for injuries from a car accident. I had dealt with the other person's car insurance for those two years. That insurance company was going to give me a settlement that wouldn't even cover my medical expenses up to that date. The injuries I incurred are ongoing and the medical doctors are unable to do anything more for me. When I contacted Heather, she took the case and did a remarkable job. Heather was honest with me, kept me up-to-date on where she was in the development of my case. Heather worked with both the other person's car insurance company and also my car insurance company. After Heather received copies of my multiple medical records, medical bills, my car insurance, etc., she was able to get much more for me than I thought would be possible. The amount of the settlement enables me to continue paying for the doctor care that I need. It also enables me to stay in my house longer than I thought. I am very grateful that I had Heather as my lawyer and I would highly recommend her to others.
This review is from a person who hired this attorney.
Hired attorney

I hired Heather Webb, several years ago, and I have recommended her to others. Time and time again, she has turned a difficult situation into the best possible outcome. She knows how troubling and taxing these situations can be, and Heather as well as her experienced staff, effortlessly guided us through.
This review is from a person who hired this attorney.
Hired attorney

Heather has been wonderful to work with over the years. I especially appreciate how she really listens to me and always has thoughtful answers to my questions. She also works very hard to advocate for me. Her calm yet firm way of dealing with legal issues makes me glad to have her on my side.
This review is from a person who hired this attorney.
Hired attorney

Heather had a plan and I not only listened to what she was saying but also followed her advice. Any question I had she would not only answer quickly but also in simplified terms, which made our working relationship even better. I was and am very impressed with her knowledge of the effects from injuries. She completely earned my total trust in every aspect.

Heather was attentive to my case from beginning to end. I always felt like she had my best interest in mind and gave me information in a straightforward, honest manner. When it came to interrogatories and depositions, I felt that Heather well prepared me on what to expect. When it came to representing me and fighting for me on what she believed I deserved and what was reasonable to expect, she was persistent and diligent. I think one of the most important aspects of her work that I really appreciated was her always keeping me up up-to-date and informed on any changes, progress or updates to the case. It was not unusual for Heather to be working on my case even on weekends and evenings. I'd be surprised but appreciative when I'd receive an email response to my emails after hours. I would wholeheartedly recommend Heather Webb as a personal injury attorney!

I'm an insurance agent and come in contact with a lot of attorneys. So when I had an auto claim with an uninsured, non-licensed driver who totalled me out and resulted in me having major trauma with back surgery I called Heather for help. Even being a claims expert I needed to turn it over to a professional who I knew would do a great job and look out for me and my family's best interest. The stress of the claims process is too much if you are injured and are trying to just get back to normal living. Heather succeeded in receiving the maximum award limit on my policy under the uninsured motorist coverage. I was incredibly impressed by her office handling all communications and keeping me up to date. Whenever I received another bill by mistake I would just forward it to them and they would take care of it. It was a HUGE relief to not have this stress on top of what I was already dealing with. I was so impressed that when my friend had a medical malpractice issue I had him contact Heather's office right away. Unfortunately that medical mistake cost one of my best friends thier life in the end, but again Heather was able to secure a fair settlement for his family and Cliff's memory and legacy will go on to help many others. Apart from my father, who is a retired attorney, I cannot give anyone a higher rating than Heather and her assistant Jill. Thank You!!!

When I first acquired Ms. Webb's services it was fantastic but when i started to question on some of the things she promised I was deeply disappointed. Three months into the case she still hadn't gotten the things she promised would be taken care of. Depreciation of vehicle, loss wages etc she then choose to with withdrawal when she realized I was becoming a very unhappy client of hers.

I endorse Heather Webb as a tough and talented personal injury litigator.

Heather leads GLP Attorneys offices based in Burlington and Wenatchee. I have worked with her on multiple complex personal injury cases, and have seen her in trial. She is an incredible advocate, and passionate about her work as a trial attorney. I endorse Heather without hesitation.

I have had the chance to work directly with Heather on several of her recent personal injury trials in 2015. She has very much impressed me with her skill as a litigator, and with her passion for her clients. I highly recommend Heather to anyone needing a great personal injury attorney in Burlington, Mount Vernon, Bellingham, and Wenatchee.

I have worked with Heather during her time at GLP as a paralegal, Associate Attorney and now managing partner of our Burlington and Wenatchee offices. Heather is amazing, and absolutely passionate about her work for her clients. She gets a very high recommendation from me.

I have had the pleasure of knowing Heather for over a decade, and have worked with her as a mentor, colleague, and law partner. I was one of Heather's law clerk mentors. She is one of brightest and most dedicated attorneys I have met. I am proud of her work for her personal injury clients and recommend her to anyone in need of a good lawyer for a personal injury matter in Washington State.

I wholeheartedly endorse Heather and her entire firm. Heather is a compassionate advocate for her clients and a pleasure to work with.

Heather is a passionate advocate for her clients. She works tirelessly to fight the good fight for her clients. I would not hesitate to call Heather if I needed an attorney myself and I highly endorse her!

I have had the pleasure of knowing Heather for over 11 years. I have worked with her when she was a paralegal with our firm, then an associate attorney and now a partner with GLP. Heather is one of the hardest working and most dedicated attorneys I know. She is a great advocate and trial attorney, and cares deeply about her clients. I recommend and endorse Heather for her personal injury expertise.

I endorse this lawyer. Ms. Webb is a strong and aggressive advocate for her clients. She goes the extra mile to achieve the highest results for them, and her genuine concern for their welfare is evident.

I endorse this lawyer. I worked with Heather on a number of personal injury cases. She consistently demonstrated professionalism and a true desire to follow her clients' best interests.