I have the breadth of experience to help you with your family law problem.  With my assistance we work as an established team to put your case together and focus on the long-term goals you have while meeting your immediate needs.  We know you are the person who knows the most about you, your partner and your children.  What we will give you is the knowledge and real world practical advice to make the best choices for you and your children.  Please see our website for a variety of helpful videos and answers to many of your questions.  Call today for a telephone consultation. 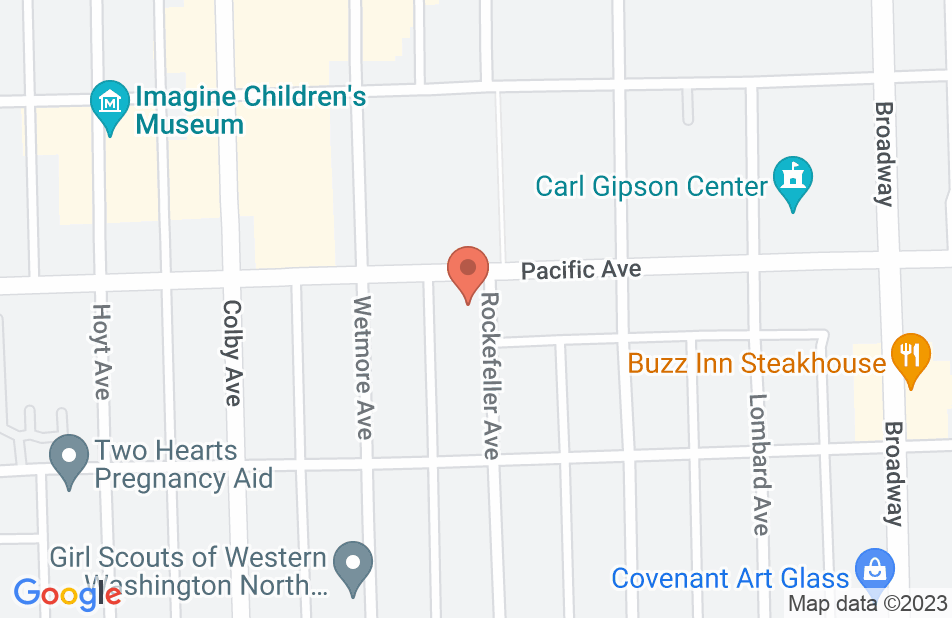 The child who got to live with her dad

My father hired Robert Getz after losing myself and my brother in his original divorce. My mother was horrible to my father and withheld us for child support more than anything else. After my dad hired Robert within a year we were living with my dad, He made a miracle happen that my brother and I never thought would. Now I am 25 and own my own business. Robert has referred me to two attorneys who got the job done and made things happen just like he did. THANK YOU ROBERT!
This review is from a person who hired this attorney.
Hired attorney

Bob was referred to me from another attorney who didn't have the time to take my case (a difficult child custody situation.) Bob was described as "on the expensive side, but tough as nails." He is worth absolutely every last penny. This man knows the ins and outs of family law. He acts quickly, is articulate, and answers questions throughly. His staff are also very well informed and Amy, his paralegal, is one of the most kind people I've met. Now, as a father, I have primary custody of my son, was able to take him to live with me out of state, and the mother has to pay child support as well as all air travel. There are plenty more favorable conditions for me, that I know I have Bob and Amy to thank for. The other party on the case has been known to be very petty and post false reviews. Just FYI, they were convicted on a contempt of court charge on the 21st of January this year (2015,) and then somehow, "mysteriously" he gets his first negative reviews immediately after. Also, the other party's attorney did not show up for a hearing. (The irony of which does not escape me.) You cannot put a price on your children, and for divorce cases, paying a good lawyer up front could save you a lot of money in the long-run. Bob is definitely the guy you're looking for.
This review is from a person who hired this attorney.
Hired attorney

I have had to use Mr Getz's services on several occasions and he has always been able to give me the results I was looking for. He is always professional and gets the job done. would highly recommend Robert for anything to do with family law.
This review is from a person who hired this attorney.
Hired attorney

After being misrepresented and having poor representation in a divorce and custody battle, I later found out that I was facing yet another battle. The verbiage on my divorce decree was incorrect and was keeping me from receiving what what agreed upon. I found Bob to be willing to take on my case as well as extremely knowledgeable in the Military requirements for retirement division. Bob and his team were always available to answer my questions, were more than willing to provide more detailed explanation, and approached my case in fairness for all parties involved (never once approaching this in a greedy manner). With their help we were able to reach the desired outcome with little time invested. Thank you Bob and Amy with all the support and assistance in handling my case quick and efficiently.

I was very happy, because he was able to get me exactly what I had wanted. And I even got back some of my retainer. I couldn't be more happy with Robert

Mr. Getz and his staff were outstanding in every aspect of my Divorce. I was kept informed on anything and everything, every step of the way. Robert's streight across the board verbage and tactics was the strongest suit for me, being an ex-old black shoe in the Navy. It is a great feeling to walk into the office and have people truely interested in what is happening with you! I would recommended Mr. Getz and his staff to anyone who is truely interested in utilizing their legal talents and skills.

Very informative, understanding, knowledgeable, and professional attorney that will work for you!

I walked into Mr. Getz's office having no idea what I was looking at as far as the loopholes and procedures that is involved in a divorce in Snohomish county. From the second I walked in, not only did I feel welcomed, but I instantly got the sense that I was going to be taken care of. This was important to me to feel like I was at ease because of my particularly difficult position I was in at the time. Mr. Getz was very knowledgeable and made the process vey easy for me, which was very helpful since I was a full-time mom to a 2 year old, I was working full-time, and going to school full-time. Looking over all of the documents that Mr. Getz and his assistant, Amy prepared and processed for me would have overwhelmed me and probably got me too discouraged to do it myself. With Mr. Getz's knowledge and background, I was able to get everything that I wanted, plus things that I didn't even know I could receive or even ask for legally. I would definitely recommend Mr. Robert N. Getz office for your legal assistance.

Made a horrible situation very easy.

During my divorce, I was out to sea on a deployment Mr. Getz helped me every step of the way. He also handed many of my issues. His staff is top notch and I stronly recommend anyone to give hm a call if you have any legal issues.

I had a very long and drawn out custody battle and Mr. Getz eased the process. He never made any promises that he couldn't keep. He answered all my questions and took away a lot of the stress.I found as a father that in the courts eyes we are lucky to have any right to our children. Mr. Getz got them to listen and I now have full custody of my daughter and she is now safe and well taken care of. I can't thank him enough.

A dependable and knowledgable attorney who looks out for his clients

I first met Bob in 2003 after a recommendation from a friend. Because Bob is familiar with military divorces and the complexities associated with them, such as FSPA, he came highly recommended. He is a former Judge Advocate General who served in the U.S. Navy. He’s a good guy to have on your side! He has a number of resources available to him for sensitive issues such as child support, Guardian-Ad-Litem (GAL) support, and other services. Bob is supported by an excellent professional staff. They pay attention to detail and keep clients informed on case progress. Quality comes at a cost but he is worth it! I’ve recommended Bob to other military and non-military friends and acquaintances and continue to use his services when needed. I wouldn’t hesitate to recommend him to anyone.
See all reviews

I endorse this lawyer. Bob is an accomplished attorney and knows how to get things done in the best possible way. If it means negotiation, he's incredible; if it means trial work, he's superb. You couldn't ask for better representation.

Bob is an outstanding attorney, a zealous advocate and a kind, compassionate individual. He is absolutely amazing. As an opposing counsel, he is a formidable foe. I have known Bob since the very start of my legal career. When I need help with a particularly complex legal issue, he is the first person I call.

I strongly endorse Bob for his legal knowledge and advocacy skills.

I have had the pleasure of having Bob Getz on the other side of my cases in the past, as well as having him as my next door neighbor. He is an aggressive (when necessary) and competent advocate on behalf of his clients which has certainly resulted in some memorable tete-a-tetes in the courtroom. I endorse him without hestitation.

It is a pleasure to endorse Bob Getz. He is one of Snohomish County's most respected lawyers. Bob is President of the Snohomish County Bar Association Family Law Section, an honor from his peers that means a lot. He was a lawyer in the Navy and is a superb choice for people in the Navy who need a lawyer. I have the highest respect for Bob; he is one of the few lawyers that I regularly consult. Bob's low rating from AVVO is absurd, the result of AVVO's over-reaction to clearly excessive Bar discipline because he got involved with a woman who wasn't even a client. His law firm runs like a well-oiled machine, providing excellent service for his clients. Your choice of attorney should be based on what's best for you, not on whether or not your lawyer got burned when a woman kissed and then told. Many male litigation attorneys have more than our share of testosterone, and that's good for our clients. Give Bob a call; you'll be glad you did!