Gordon Charles Webb is recognized by the American Society of Legal Advocates as one of the Top 100 Litigation Lawyers in the State of Washington.  He has successfully represented hundreds of people in Personal Injury claims arising out of Maritime, Cruise-ship, Fishing Boat accidents and Automobile Collisions in courts around the United States.

Gordon is a principal founding member of Seattle Maritime Attorneys and the Webb Law Firm, a full service firm with offices in Bellevue and Seattle at Fisherman's Terminal.  Gordon is a Seattle-Bellevue based attorney practicing in all State and Federal Courts of the State of Washington.  Gordon holds a Master’s Degree in Law from Tulane University Law School.  He has represented hundreds of people in personal injury, wage claims, bankruptcy claims and other matters involving litigation, trials, arbitration and mediations of cases arising in Alaska, Washington, California, the East Coast and other interesting venues around the world.

In addition to his extensive litigation practice, Gordon has been recognized by the American Society of Legal Advocates as one of the top 100 Litigation lawyers in the State of Washington.  He is also recognized by the Washington State Bar Association and the Canadian Consulate General for his Pro Bono and Public Service Work assisting low income families and governmental entities.

Gordon Charles Webb was born in Seattle and raised in the greater Puget Sound area.  In his youth he raced A-Stock hydroplanes with Seattle Outboard Association competeting in the Seafair Greenlake Regattas and the Sammamish Slough Race. He is also licensed to fly single engine aircraft, and enjoys piloting seaplanes. Following high school Webb worked as a commercial fisherman aboard tuna boats fishing in the South Pacific.   He returned to Seattle to study marine construction and design at Gomper's School of Boat Building and Design before launching Frontier Boat Corporation, manufactures of fishing boats for the Alaskan commercial fishing industry throughout the Aleutian Islands.  After selling the company to a Danish Corporation, Gordon decided  to go to law school. 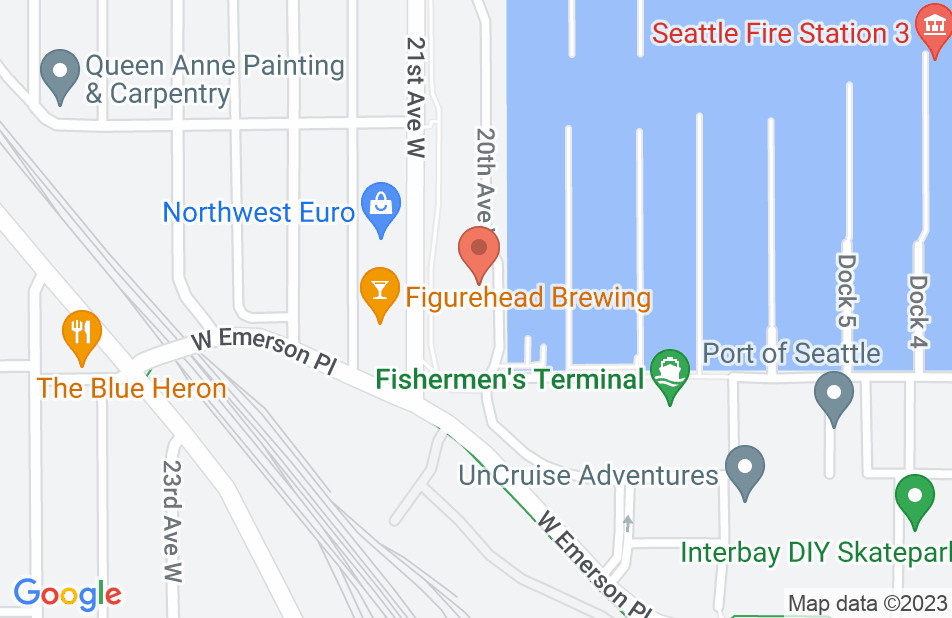 NO COURT WILL RULE IN YOUR FAVOR! Really???

I was so disappointed when my first attempt to hire a prominent lawyer in the Seattle area failed. After presenting my personal injury story to him, his firm elected not to accept representation of me because "we do not believe there is a significant chance a court will rule in your favor...". This same lawyer was kind enough to put me in touch with Gordon Webb of Webb Law Firm, 225 106th Ave NE Bellevue, WA 98004. Gordon Webb had other ideas, took the case, and won the lawsuit in my favor. Gordon Webb was wonderful to work with. He was personable and engaging, and answered my questions and concerns in a timely fashion. The kindness, courtesy, and patience he showed me was incredible. I highly recommend Gordon Webb of Webb Law Firm for anyone who needs help with a personal injury case. I am so fortunate to have him represent me in a case that seemed "doomed" from the start!
This review is from a person who hired this attorney.
Hired attorney

It was my pleasure and privilege to have Gordon Webb as my attorney in a personal injury claim. During the two years it took for me to recover, Gordon was a great listener and very personable. He took great care in sharing appropriate details and explaining the legal system to me as we proceeded. He was available when needed- always returned my phone calls and kept me informed about the case. I strongly recommend Gordon for his knowledge and approach- Gordon gets results!
This review is from a person who hired this attorney.
Hired attorney

There is life after bankruptcy

The end of 2010 was a horrible time for our family. We were facing losing our home, a chapter 13 bankruptcy and, 3 days before Thanksgiving, our 20-yr. old daughter died suddenly. There were still papers to sign and tasks to do, but Mr. Webb was very patient with us while we were still numb from her death. Now, 5 years later, our little family has mended as best we could and we just bought a nice home mere weeks after our BK discharged. We found a lender who looked at our 5-yr. BK payments as good payment history. We think a 30-yr. fixed mortgage at 3.78% is pretty darn good for where our credit rating actually stands. Life is looking good to us again and we love living debt-free!
This review is from a person who hired this attorney.
Hired attorney

I lost most of my vision from an accident at sea. Gordon handled my case with motivation and haste that i could imagine would have been the way he would have handled it if it had been him who was injured. I was ver impressed by how much he cared and especially his work ethic.

Gordon helped me and family get through a very hard time. I was severely injured, and Gordon was able to settle my case for more than i was hoping for. If anything else happens he will be the first person I call.

Gordon has integrity, knowledge, and honor. He is very straight forward and tells it how it is, while also being very sympathetic & he has true concern for his client. I have never dealt with anything like this in my life and he guided my through every step. He made sure I throughly understood everything. His communication is fantastic and I always knew I could reach him if I needed him. If your wondering if you should hire Gordon Webb, I'm telling you, you will not regret it. Truly a top notch guy and a professional knowledgeable attorney.

Going bankrupt is a very difficult thing to go through, Gordon did a great job. He answered all my questions and got me through a difficult process with ease. I highly recommend his services.

My case was especially hard. I went through two lawyers before gordon who could not help me settle my case. It was a very difficult case but Gordon could see that i had been wronged by my employer and he put so much in for me, and settled my case. I appreciate what he did very much and will recommend him to my closest friends.

Gordon Webb assisted me during one of the most trying times of my life. He was extremely kind, knowledgeable and supportive! i am indebted to his professional assistance! i would highly recommend him!! His radical genuineness is one of his outstanding character traits!!!

I very much appreciated the sense of urgency that Gordon Webb demonstrated as he handled my case. Emails and phone calls were returned almost instantly, questions were answered and solutions were offered. Gordon's firm came highly recommended and I am very pleased that I made the right choice to hire him.
See all reviews

I have worked with Gordon on several cases and sought his advice and input on other cases. Gordon works tirelessly for his clients and achieves excellent results. Great lawyer and a great person!

Gordon is one of the most experienced attorneys in Seattle in Federal court and has a great depth of knowledge that benefits his clients. Very tenacious and committed to results for his clients and great to work with.

I endorse this lawyer. I have worked with Mr. Webb on numerous complex litigation matters during the past several years. Mr. Webb is an extremely competent, qualified attorney that gets outstanding results for his clients.

I endorse this lawyer. He has what it takes to get the most for a deserving person.

Shane Carew, Admiralty and maritime Attorney on Apr 2, 2013
Relationship: Worked together on matter

I've known Gordon Webb for over 15 years. I've worked on cases against Gordon, on cases where we've represented two separate parties on the same side (co-plaintiffs), and on cases where we've represented the same party. Gordon has a great background in maritime: (a) experience in the industry before becoming a lawyer, and (b) a master's degree in maritime law from the top maritime law school in the country. Gordon has developed a particular expertise in cruise ship cases, and I believe has handled more cruise ship cases than anyone in the Seattle area. He is well-respected, diligent and gets good results.

Carl Back, Wrongful death Attorney on Sep 21, 2012
Relationship: Worked together on matter

Gordon is an experienced, competent and thoroughly professional attorney. I highly recommend him for any matters involving admiralty or maritime law. He recently handled a personal injury matter which occurred on Holland American Cruise Lines and the client was quickly and generously compensated for her injuries sustained.

I endorse this lawyer's work. I have worked with him for 10 years on several matters, and found Gordon to be honest, of the highest integrity and a tireless work for his clients. If a family member were injured he would be the first attorney I would call. He is as good as they get.

I endorse this lawyer's work. Gordon Webb (or Gordy as I call him) have worked on several files together. I have also referred cases to Gordy that he has worked up entirely on his own. Not only does he do a great job, but the referred clients call with thanks and praise of Gordy's hard work. I can say, without reservation, that Godry is well respected by his peers and the courts. Gordy is an excellent attorney. - Steve Lingenbrink, Attorney at Law.

I have known Gordon Webb for over 20 years. He is an outstanding person, dependable, honest, and bright. He is dedicated to his family and to his community. As an attorney Gordon will obtain a quality result for his client. He knows how to try a case, he knows when to try a case, and he knows when to settle a case. His reputation in the legal community is one of a talented, ethical, hard working lawyer. I endorse Gordon Webb as a person and as a lawyer.

John Merriam, Admiralty and maritime Attorney on Jun 17, 2008
Relationship: Worked together on matter

I endorse this lawyer's work.I have worked on numerous maritime cases for wage and injury claims with Gordon. He is a good, honest lawyer who gets along well with clients and opposing counsel.

I endorse this lawyer's work. I have known and worked with Gordon since he began practicing law in Washington. He is experienced,competent, and very diligent in handling lawsuits, and always maintains a good relationship with his clients and opposing attorneys. He obtains excellent results for his clients.