Douglas A. Wright has established a reputation as the go-to attorney for estate planning matters, probate, succession planning, living trusts, wills, and business law issues, among other things.

Mr. Wright holds a Juris Doctor from University of the Pacific, McGeorge School of Law, and was awarded the Witkin Award for Academic Excellence in Professional Responsibility (Ethics). He also spent a summer studying in the prestigious International Legal Studies program in Salzburg Austria with retired United States Supreme Court Justice Anthony M. Kennedy. Mr. Wright completed his undergraduate studies at UCLA and holds a Bachelor of Arts degree in Political Science.

Mr. Wright was named to the Super Lawyers list by Super Lawyers Magazine in 2020, named the Best Attorney 2017 by the Record Searchlight, a "Rising Star" by Super Lawyers magazine in 2013, 2014, and 2015, named on the Top 100 Lawyers list by The National Advocates in 2015, one of the Top Lawyers in Northern California in 2014 and 2015 by San Francisco Magazine, and one of the 2013 Top Lawyers in California by The American Lawyer magazine. He has also been twice recognized as one of the top 20 under 40 Emerging Leaders in the North State by the Record Searchlight. 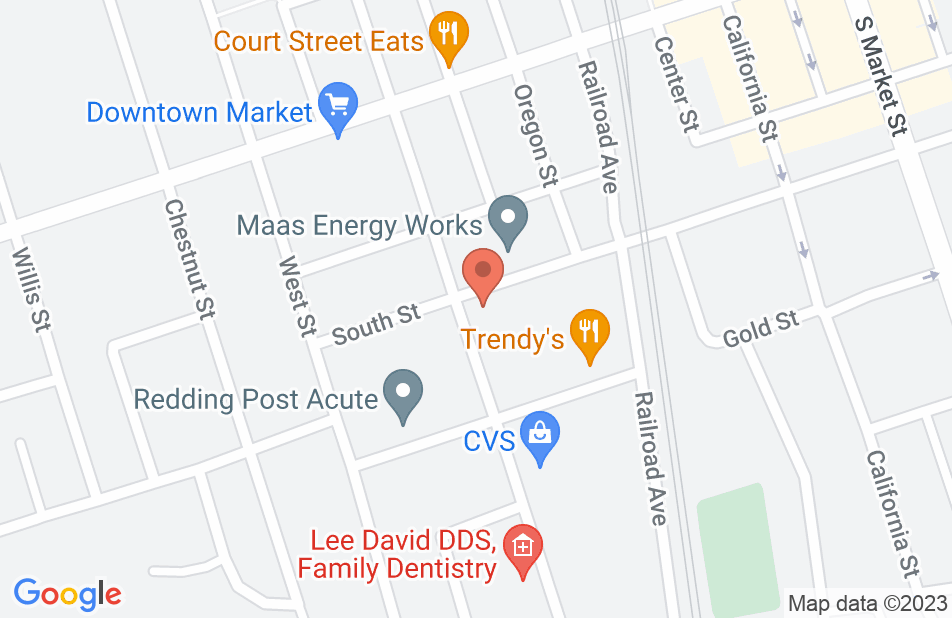 Advice you can trust.

I run a small non profit and when I needed help with an issue Doug Wright was there with the information and guidance I needed.
This review is from a potential client who consulted with this attorney.
Consulted attorney

Doug made the process of setting up our family trust easy and painless! I would highly recommend him to anyone needing help setting up trusts or estate planning!
This review is from a person who hired this attorney.
Hired attorney

Doug and his staff were extremely helpful, polite, thoughtful and professional with the expeditious processing of our living will and trust. Doug's experience with our living will and trust allowed for the framework to quickly develop and he provided many options in our detailed and customized will and trust, while keeping our family's best interests in mind. I highly recommend Doug Wright.
This review is from a person who hired this attorney.
Hired attorney

Doug has been a great resource for all my legal needs for our estate plan. He explains everything clearly and is prompt. His fees are also very reasonable. I highly recommend him.
This review is from a person who hired this attorney.
Hired attorney

I highly recommend Doug for legal services. I used him for our probate case and he was great! He's prompt, his fees are reasonable and always gives great advice. I wouldn't hesitate to recommend Doug.
This review is from a person who hired this attorney.
Hired attorney

I hired Doug as our lawyer when my son was served with an unlawful detainer, despite his having previously signed a move out agreement. I could not have been more pleased with his honesty, straight-forwardness and his patience in answering our questions, and he was able to assist us in resolving the issue in a very timely manner. I would recommend him for any real estate matter.

I recommend Doug for his legal services without reservation. When our neighborhood was faced with a continuing nuisance by some residents on our block who were renting a house, I contacted Doug regarding our rights and our possible course of action. Following Doug's review of the allegations, which included unlawful behavior in the form of multiple physical and verbal altercations, obvious use and sale of drugs, vandalism and burglary, he was immediate in his action by promptly writing and certifying a letter that put the home owner on notice demanding corrective action. This letter informed the home owner what the consequences would be if no action were taken by him and clearly let him know of the specific sections in the California Civil Code that must be followed by him as a home owner and as a landlord. Following Doug's constant follow-up with the home owner and then the home owner’s lawyer, the renting tenants were eventually issued an eviction notice and finally vacated the residence without incident. The homeowners on our street credit Doug’s effort, professionalism and diligence to the very positive outcome of this case. Sincerely

At last, an honest Attorney

Having dealt with many attorneys in my career, I feel very qualified to offer a critique of Mr. Wright. He was a pleasure to work with having fantastic people skills coupled with extensive legal expertise. I would highly recommend Douglas for just about any legal issue. Thanks so much for your help in planning our estate. I need to stop by to pick-up some of your business cards for more referrals.

Douglas made our Estate Planning a simple comfortable process. We had visited another attorney in Redding a year prior, who would not listen to our needs. Douglas listened to our needs and concerns and addressed them efficiently. He is very fast to respond to inquiries and quick getting documents to you. Douglas if very personable and easy to talk to you. We feel blessed to have connected with such a great attorney. We are definitely going to keep him in our back pocket for all of our legal needs.

This attorney has represented some of my family members regarding living trust and estate planning. He was very helpful in explaining what the process was and what the next steps would be. Very reasonable priced and down to earth to talk to.
See all reviews

(73)
Are you an attorney? Endorse this lawyer

Doug is a great lawyer, dedicated to his clients and a zealous advocate. I would recommend him to any client.

Mr. Wright is simply an exceptional attorney who I would recommend to everyone and anyone. I am a former judge, former magistrate, former prosecutor, and an attorney with 24 years of experience. I still learn from his answers on Avvo on a daily basis and I am constantly impressed.

I endorse this lawyer. Mr. Wright is an outstanding attorney and very knowledgeable.

I endorse Mr. Wright. He is a great choice for representation and is highly respected in the legal community.

I endorse this lawyer. He is very smart and I watch his answers carefully so I can learn more about the landlord tenant law.