In law school, his academic achievements included serving on the Law Review, being awarded the Dean’s Merit Scholarship and the Dean’s Award for Academic Excellence.  Mr. Wagner’s work experience in law school included serving as a law clerk with the Orange County Alternate Public Defender’s Office, and as a judicial extern to the Honorable Justice Edward Wallin (Ret.), California Court of Appeal, in Santa Ana, California.

After graduation from law school, Mr. Wagner worked as a criminal prosecutor for the Los Angeles City Attorney’s Office, the third largest municipal law office in the country.  During his tenure as a deputy city attorney, Mr. Wagner prosecuted thousands of criminal cases, including drunk driving cases.  He also was a speaker at the Los Angeles Police Department, Impaired Driver Apprehension Program (IDAP) on Case Preparation and Courtroom Testimony Training, and for the Los Angeles County Bar Association, Trial Advocacy Project (TAP).

Since 2002, Mr. Wagner has been in private practice, where his criminal defense practice has included an emphasis on criminal defense and drunk driving cases in state criminal courts and administrative suspension/revocation hearings before the Department of Motor Vehicles. In 2006, he presented a lecture, “What to Do If You Are Arrested for Drunk Driving” at Whittier Law School.

Mr. Wagner has handled thousands of Southern California criminal defense cases, resulting in excellent results for his clients, including not guilty verdicts, acquittals, dismissals, and reductions of charges.

In another DUI case, Mr. Wagner won a jury trial in Whittier for a man accused of his second DUI, defending against evidence put on by the LA District Attorney of his client causing a traffic accident, failing FSTs, and having a blood test result that came back at 0.19%.

Mr. Wagner’s victories include a complete dismissal of felony charges for his client facing significant state prison time and lifetime drug registration accused by the San Bernardino District Attorney of second degree commercial burglary, transportation of marijuana for sale, and possession of marijuana for sale in the San Bernardino Superior Court.

Mr. Wagner is admitted to practice law and defend clients in the Central and Southern Districts of the United States District Court, Ninth Circuit Court of Appeal, in all state courts throughout California. He has successfully represented clients in criminal and DUI cases in Orange, Los Angeles, Ventura, Santa Barbara, San Joaquin, San Bernardino, Riverside, Tulare, Imperial, and San Diego Counties.  Mr. Wagner has even been hired to defend clients in Georgia, Idaho and New Mexico.  He is a member of the American Bar Association, State Bar of California, and the California Public Defender’s Association. 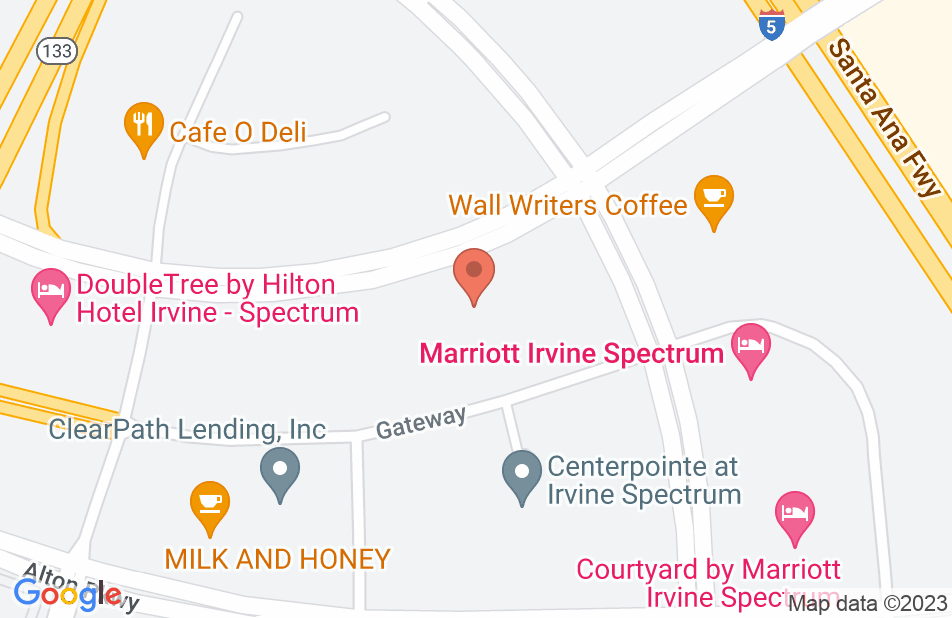 The Law Office of Richard Wagner, A Professional Corporation

The Law Office of Richard Wagner, A Professional Corporation

Never had to appear in court

Fantastic attorney! DUI case was dismissed and I never had to appear in court
This review is from a person who hired this attorney.
Hired attorney

I got my first DUI Feb. 2020. Never been in any trouble. I was scared & didn't know what to do. I googled "DUI attorneys" & I entered my information. Less than 2 mins later I get a call from the Law Offices of Richard Wagner. I spoke with a very nice lady named Rasha who reassured me that I was in the best hands & that he could take my case. I never go with the first option but I did in this case & the price was very reasonable & it was the best decision I ever made. Mr. Wagner was right on my case & handled everything I needed to have done. He appeared at my DMV hearing & got that dismissed. Now I'm just waiting on my court case. He communicates very well & always makes himself available to answer any questions you may have. I would recommend him to anyone who needs a lawyer. He has very good experience & knowledge. Thanks Mr. Wagner...you're AWESOME!!!!
This review is from a person who hired this attorney.
Hired attorney

Dear Mr. Wagner, I’m writing to thank you for being there with me every step of the way through this scary and stressful time. After my entire case was dismissed I feel as though my life is back on track, and I can continue living my life with peace in my heart. I KNOW that my case wouldn’t have had the same outcome if I hadn’t relied on your expertise and professional representation! I cannot recommend you more highly, and will be forever grateful you!
This review is from a person who hired this attorney.
Hired attorney

I am very grateful to Richard Wagner. He did an awesome job defending me throughout the trial. In court, Richard talked about the law, science, facts of case, and convinced the jury to find me not guilty. Richard definitely knows how to successfully defend a DUI charge in trial. Thanks to Richard Wagner, the DUI charge against me has gone away like it never happened and I got my life back.

Results over & above what was expected

A family member was facing 5 serious counts against them, one carrying a strike if convicted. Richard worked with the court, judge & prosecution & 2 of the charges were dropped, including the charge that carried the strike. He negotiated a sentence that was much less than expected & took care of everything as the family was not able to attend. He called before the court date to explain the process & hopeful outcome. He called directly after the deal had been made,giving a detailed account of what occured & how our family member was. His work is impressive and his experience & expertise was top notch.

Mr. Wagner helped me out of an impossible situation. He was forthwright and sensative about my situation, and used his knowledge and expertise to get me the best deal possible.

From our first meeting with Richard Wagner I knew we had the right attorney. He explained our DUI case and options to us very clearly . Once we signed on with him he took control and did all the work. After a couple of months the plan he layed out for us unfolded flawlessly which ended up in a case dismissal. We can't thank him enough.

(45)
Are you an attorney? Endorse this lawyer

I endorse this lawyer. Mr. Wagner is a talented, experienced, and skillful criminal defense attorney. He has a solid reputation for employing the best possible strategies to exploit the specific weaknesses in his client's cases.

Jonathan Ibanez, DUI and DWI Attorney on Sep 29, 2016
Relationship: Worked together on matter

I considered Rich a mentor when I became a lawyer. He is an excellent attorney. I have also worked with him on many cases and would absolutely recommend him.

I have know Richard a long time and he is an excellent attorney!

As a former prosecutor he has one huge advantage. "they know that he knows what they know". This coupled with his education and contributions to local law enforcement training uniquely benefit him and you as a prospective client. Read the reviews. If you are in or near Irvine give him a call first for a consultation.

Mr. Wagner is simply an exceptional attorney who I would recommend to everyone and anyone. I am a former judge, former magistrate, former prosecutor, and an attorney with 24 years of experience. I still learn from his answers on Avvo on a daily basis and I am constantly impressed.

I endorse Attorney Wagner. I've recently had the pleasure of working with Richard on an out-of-state criminal case. His knowledge of the law is impressive; his ability to calm rattled clients equally so. Richard is dedicated, thorough, and persistent in his pursuit of justice for his clients.

I endorse this lawyer. Richard will get the job done right.

While I have never met Richard personally, I feel that I know him well as we worked together across the country on a case in which I served as local counsel. We had several conversations and strategy sessions, and Richard was always pleasant and easy to work with. His reasoning is sound, and his abilities solid. I look forward to the opportunity to work with him again. - McP

I endorse this lawyer. Rich is the type of lawyer that can't sleep until he knows he has done everything in his power to help his clients. In the arena of criminal law, there are two types of lawyers. Those who care enough about their clients to continue to fight the good fight, and then there are those lawyers who don't. Rich operates with empathy and respect in pursuit of the best resolution available - and is the most technically proficient attorney I know.

I've ready many of Mr. Wagner's responses to questions on AVVO. His responses are knowledgeable and concise, and he is a valuable contributor to the legal community. I endorse Mr. Wagner without hesitation.

I endorse this lawyer. Rich is a fantastic attorney.

Mr. Wagner is the type of attorney that promotes our profession. He is 100% dedicated to his clients and relentless is his advocacy of their interests. Not only does he work tirelessly to ensure his clients rights are protected but he also has that personal touch which engenders trust and confidence from his clients. Rich Wagner is the real deal.

Richard Wagner is one of the hardest hitting trial attorneys that I have had the pleasure and honor to know over the course of my career. Richard will never settle for second best when it comes to securing a favorable outcome for his clients. When a prosecutor is unwilling to be reasonable when negotiating a plea agreement, it's go time for Mr. Wagner. He will not hesitate tell the judge to call in the jurors and get the ball rolling for trial. Moreover, Richard is one of the most prepared defense attorneys that I know. When he comes to court he comes armed and ready to go with pretrial motions and a plan of attack. If you're looking for an attorney who will really go to bat for you and protect your rights at all cost, then Richard is the attorney for you because he brings the fight to the prosecutor. I cannot recommend Richard highly enough.

I endorse Richard Wagner as a great top choice when searching for your lawyer in DUI or regular criminal law. Interview him as one of your top three choices and I'm sure you'll see he is the one you want on your case.

I endorse this lawyer. Mr. Wagner is a tough, devoted advocate for his clients.

Randall Longwith, DUI and DWI Attorney on Jul 23, 2011
Relationship: Worked together on matter

I endorse this lawyer. All I hear is great things about Richard Wagner. He will provide you with the best defense possible at a reasonable price. Use him if you get into trouble!