Ms. Weese is an experienced lawyer who has managed over 600 cases and won 90% of her trials.

In 2009, one of Ms. Weese’s appeals was published as case law.  Ms. Weese received certified training in 2005 from the California Highway Patrol in “Driving Under the Influence,” “Standardized Field Sobriety Testing,” and “Drugged Driving.” These courses comply with the National Highway Traffic Safety Administration. 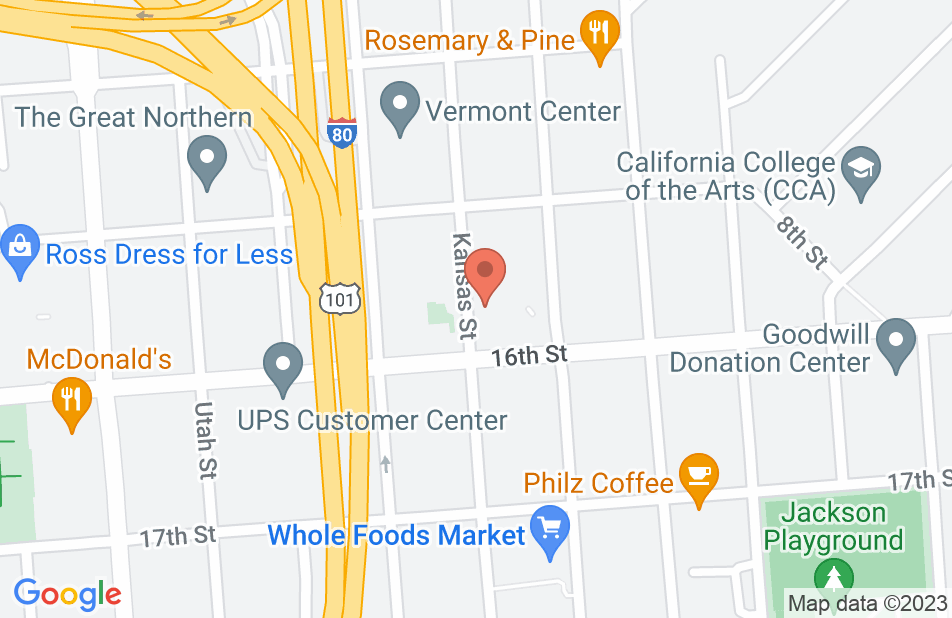 Marsanne was actually referred and highly recommended by another attorney with whom I had initially been working on a red-light citation that I had received from San Francisco's automated camera enforcement system. The referral was based upon Marsanne's deep involvement and experience with this type of case. From my first contact with Marsanne - a very in depth conversation about my case and the related law, to a lengthy in office strategy session, to two court appearances that finally resulted in the dismissal of my citation; Marsanne was available, patient, and a great communicator. She clearly had a mastery of the issues and a passion for fighting these very legally questionable types of citations. To anyone with a traffic or criminal issue who needs a great advocate, I can't think of a better call to make than to Marsanne Weese.

Marsanne has got to be the most honest level headed attorney I have ever come into contact with. We have not been to trial yet but dealing with other Criminal Defense Attorneys in the past, she is already a breathe of fresh air! She sticks to the facts at hand and doesn't allow herself or you get off track. I can't wait to update my review after trial!

Excellent Resolution to a Hard Case

Marsanne just settled a case for me today on a 2nd DUI Refusal while on probation for my 1st DUI. From what I have seen in the past year of waiting in court, watching the dockets go round-and-round, the "standard" plea bargain for a 2nd DUI is 10 days in custody, while a probation violation is an additional 20 days in custody. Marsanne was kind and professional, taking the time to ask me about myself, my education, credentials, and any other circumstances that would paint a favorable case towards the D.A. In the end, while I still plead to a 2nd DUI, I was only given 10 days of community service instead of 30 days in jail/community service. The refusal was also struck and probation was reinstated on the same terms and the 2 DUI's can be expunged under section 1203.4 of the California Penal Code. An all around satisfying end to a long and difficult case.

I was unemployable in my field without Ms. Weese's assistance in having my arrest sealed and destroyed. The DA fought the petition even though charges were never filed. Ms. Weese stuck with me throughout the various court-related delays and guided me in navigating the process and in working with my witness to encourage her to truthfully testify to the judge about what really happened. She was very tactful in dealing with the Judge and prosecutor. Ms. Weese is the kind of attorney most people dream of having. And she is worth every penny and then some!

Marsanne acted as a co-attorney. The outcome is uncertain at this point, but regardless of the outcome, she was a pleasure to work with. She had her brain going constantly on the best way to handle the interaction. My son was wrongfully accused of domestic abuse simply so the mom could get the custody. I would use her in the future. We were very impressed!!!!!!

“An excellent attorney, well known and respected in the legal community. I give my highest recommendation without any reservations for this lawyer."

I endorse this lawyer's work without reservation. Marsanne is a very talented and energetic attorney. One of the best.

I have known Marsanne since law school and she is an exceptionally good attorney. I not only endorse her, I would encourage anyone who needs an outstanding criminal defense attorney to hire her.

Marsanne represented a co-defendant on a case I worked on. Not only did she get amazing results for her client, but I have since sought her expert advice on DUI cases. Thanks to her it looks like one of my clients has a good chance of appeal.

Robert Hamilton, DUI and DWI Attorney on May 12, 2013
Relationship: Fellow lawyer in community

Having had the pleasure of discussing proceedure and observing Mrs. Weese in the courtroom, I can tell you she is a tenacious, intelligent and successful advocate for her clients. One reason for her success is that judges know she knows how to overturn bad decisions – and judges tend to be much more cautious and “impartial” around attorneys who know how to do that. I highly recommend Attorney Marsanne Weese.

Marsanne is one of the best DUI/DMV appellate/writ lawyers in California. She is an excellent writer and knows every aspect of the law. She is the person other lawyers call on for advice on their cases.

I endorse this lawyer. A DUI guru.

I endorse this lawyer. I have observed Marsanne in court and was very impressed. She was prepared, confident and effective in obtaining an excellent result for her client. I have no reservations in referring cases to her.

I endorse this lawyer, she has handled many cases for me where I was unavailalble and has shown herself to be organized and detail oriented. I look forward to working with her again.

I highly endorse this lawyer. Marsanne is a former prosecutor so she knows how the other side works. As a criminal defense lawyer, she is very experienced and knowledgeable. I have the pleasure to be in an ongoing legal workshop with Marsanne. As a lawyer, I learn a great deal from Marsanne. Not only is Marsanne a great lawyer, she is also a mentor and a teacher to her fellow practitioners, myself included. If you are looking for a criminal defense or DUI lawyer for yourself or your loved ones, look no further. Marsanne is the right person for you.

Marsanne is an excellent attorney. She fights for her clients and always goes the extra mile for them. She is knowledgeable and experienced and has a great reputation in the legal community. I endorse Marsanne wholeheartedly.

Ms. Weese is an incredibly knowledgeable and dedicated attorney. I have had the opportunity to work with Ms. Weese and come to recognize her as a compassionate and caring attorney who truly strives for her clients. Her clients are lucky to have such a skillful and caring advocate.

I endorse this lawyer. Her knowledge of complex legal issues is extensive, based on her AVVO answers.

I endorse this lawyer's work: conscientious, very hardworking and extremely dedicated, it is well-known that Ms. Weese is an excellent trial attorney who is a tremendous asset to the DUI Defense Bar community. Any person in need who hires this superb attorney will know he or she is in capable hands. For a number of known reasons, I am honored to endorse this fine lawyer.

Marsanne is a knowledgeable and dedicated attorney. I had cases against her when she was a prosecutor and have worked side-by -side with her as a defense lawyer and can say from personal experience Marsanne understands the criminal justice system and serves her clients well.

I endorse this lawyer's work without reservation. Marsanne is a very talented and energetic attorney. One of the best.

I endorse this lawyer's work. Ms. Weese is a tenacious drunk driving defense attorney. She dedicates herself to every case and will do her very best to secure a favorable outcome for her clients.

“An excellent attorney, well known and respected in the legal community. I give my highest recommendation without any reservations for this lawyer."

Marsanne Weese is an exceptionally competent, aggressive and dedicated criminal defense attorney. She works tirelessly for her clients to achieve the best possible outcome. She is an experienced trial lawyer that any client would be fortunate to have by their side.