A San Fernando Valley-native, Mr. Mann received his Bachelors degree from the University of Southern California in 1979, and subsequently earned his Juris Doctorate in 1982.  As a law student, Mr. Mann acheived significant academic success, and was also a member of the Trial Advocacy Team.

Prior to co-founding Mann & Zarpas, Mr. Mann was an attorney with a law firm, which at the time, was the largest law firm in the San Fernando Valley. At that firm, Mr. Mann was the Director of the litigation section of the firm's business department, and was also one of the founders of that firm's San Gabriel Valley office. This leadership role, where Mr. Mann mentored younger attorneys, and guided them through numerous trials, provided Mr. Mann with extensive and priceless knowledge & expertise in the field of civil litigation. In Mr. Mann's first jury trial ever, he obtained a large seven figure judgment, including hundreds of thousands of dollars in punitive damages.  The trial court Judge commented after the case that he had never seen a case where who the lawyer for a particular party was mattered as much, and contributed to victory, to such a degree as with the case of Mr. Mann and his client. The case was subsequently affirmed at the Court of Appeal level, and is viewed by many as a prime example of how to build a breach of fiduciary duty and fraud case, and how to present such a case to a jury.

After 35 years of practicing law, Mr. Mann strongly believes that there is a legal answer to every question, but also a practical response.  It is the practical response that requires an experienced practitioner, and only someone with substantial experience can help a client obtain the best possible result for the least amount of money and resources. 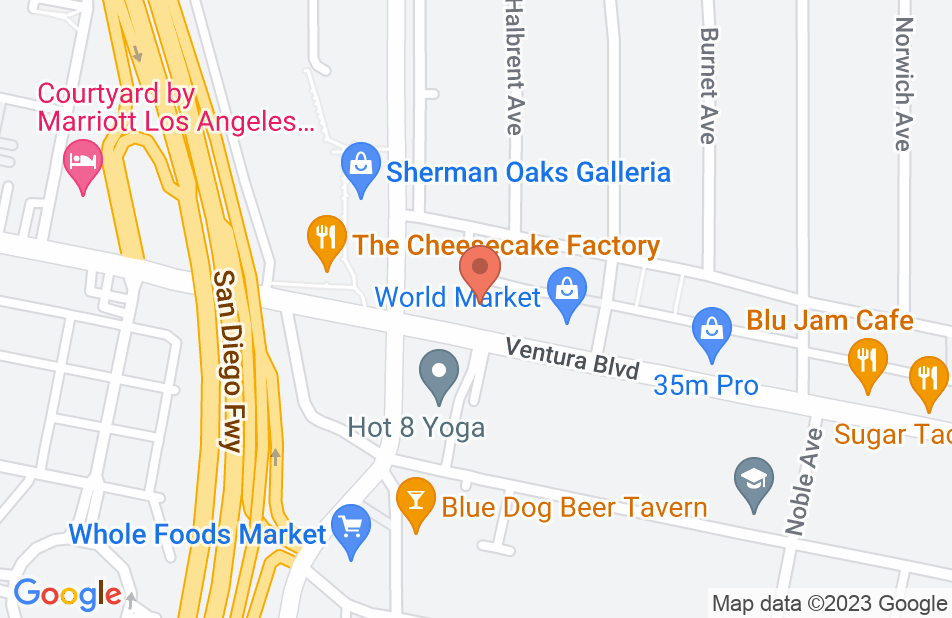 I've know Lloyd for over fifteen years. His active participation and advice has elevated him, in my book, as my go to guy whenever I require legal services or advice. He covers the whole spectrum and has represented me in small collection cases, as well as a major cases against International Banks. Needless to say I highly recommend his services.

Recently, my husband and I went to Mr. Mann with a real estate issue. Two other lawyers had told us the problem was not capable of being resolved. They said that they could try, but that we would have to give them a large retainer, and that they did not think they would be able to resolve the problem. Mr. Mann was not only able to resolve the problem, but he did it in record time. The company representative said that she never thought the issue could be resolved that quickly. My only question is "when does Mr. Mann sleep?" Sometimes it seemed like his email responses to my emails came before I even sent mine in the first place!

Thank you for your kindness swift response and efficiency I will definitely refer you to my friends thank you again for everything
This review is from a potential client who consulted with this attorney.
Consulted attorney

As a client, I had great representation.

My company was being sued by an employment placement company who was claiming that we owed them money. The case did not settle and we had to have a court trial. Lloyd was a great advocate for my company and we won the case. I am indebted to Lloyd for his hard work and commitment to me both professionally and personally.

Lloyd Mann gets the job done

Lloyd S. Mann represented me in a family law case in 2006. I had attempted to resolve the case pro per without success. Then I contacted Lloyd. Within a week, Lloyd succeeded in resolving the case to my benefit. I appreciate the highly effective representation and enthusiastically endorse Lloyd Mann's legal services.

As it turned out, I was mistaken about a issue and therefore didn't have a case to pursue, but Lloyd was kind, knowledgeable, and professional. If the need should ever arise, I would surely contact Mr Mann and would recommend him to both family and friends. I felt comfortable and at ease with my communications with him and felt I could trust him to see that matters would be handled correctly.

Attorney Lloyd Mann was extremely knowledgeable and efficient. He returned all of my phone calls and emails promptly. He was very professional and pleasant to work with. I would certainly use his legal services again.

Mr. Mann, Responded to my question and answered it promptly. His advice was accurate, I'm pleased with him.

I have worked with Lloyd on a number of matters and have found him to be a shining star in the legal community. His knowledge and experience are huge assets for his clients and I endorse him without hesitate.

Very respected in the community.

I endorse this lawyer. It is clear by his profile and answers in the AVVO community that he is well respected and knows his stuff!

Attorney Mann is a hard working, compassionate and client oriented advocate. I endorse this lawyer.

Excellent attorney. Mr. Mann continues to provide valuable advice on Avvo each time that he responds to a question. Although I have been licensed and practicing for 24 years, including time spent as a judge and magistrate, I continually learn from his answers about different aspects of the law. I would recommend him to everyone.

I endorse this lawyer. Attorney Lloyd Mann is a talented and accomplished attorney.

I endorse this lawyer. Mr. Mann is well known in the community for his quality legal work and taking care of his clients.

I endorse this lawyer. Lloyd Mann is a talented and well respected business law attorney who I would highly recommend to anyone looking for a lawyer who really cares about his clients.

Mr. Mann has made a substantial number of contributions on Avvo.com. I have read several of his contributions and have found them to be thoughtful, informative and practical. I endorse this lawyer's work.

Mr. Mann's contributions to the AVVO website are direct, to the point, and demonstrate a strong understanding of the law. I've ready many of his responses on AVVO. He is clearly knowledgeable, thoughtful and concise. I endorse this lawyer.

Mr. Mann is a very knowledgeable attorney and provides quality advice. I endorse this lawyer.

I endorse attorney Mann. He has years of experience, his clients like him, other lawyers respect him. You can tell he knows the law extremely well from his many well written and published answers to questions at Avvo.com. Take a look at his web site's articles too. If you have a Business Law question, he has your answer. I recommend him to you.