Have you been charged with a crime, or injured in an auto accident or dog bite? Call me I can help.

I've been practicing for over 30 years. I have handled virtually every type of criminal case. I won a case in front of the United States Supreme Court. I was able to get a death sentence reversed, I have represented  several lawyers and Dr's on DUI cases. None of my lawyer and/or Dr. clients have ever been convicted of a DUI. I also represented a Dr on a sexual assault case and had it dismissed.

I then represented a Dr. that was accused of murder for allegedly casuing a patient overdose that resulted in death.But, with several experts,I was able to show this was not true.I was able to convince the Clark County Coroner to chenge his opinion,which is almost unheard of. Finally I was able to get his murder case dismissed with prejudice,which means the state can never file another murder case based on these facts.

I've lectured at many seminars,in Nevada and several other states teaching other laywers how to practice law. I am also very active in the Nevada stae bar the antional association of Criminal Defense lawyers and  the Stae Affliate, the Nevada Attorneys for Criminal Justice, (WhichI helped found)

Also, I am an accomplished musician.. I play the piano and harmonica.. I have performed at many bar functions.I also performed at a wedding with the rock group, April Wine. I have written a musical about law school. It is called 'the Writs of Spring" It features such songs a 'the Law School Blues" ,"I Wanna be 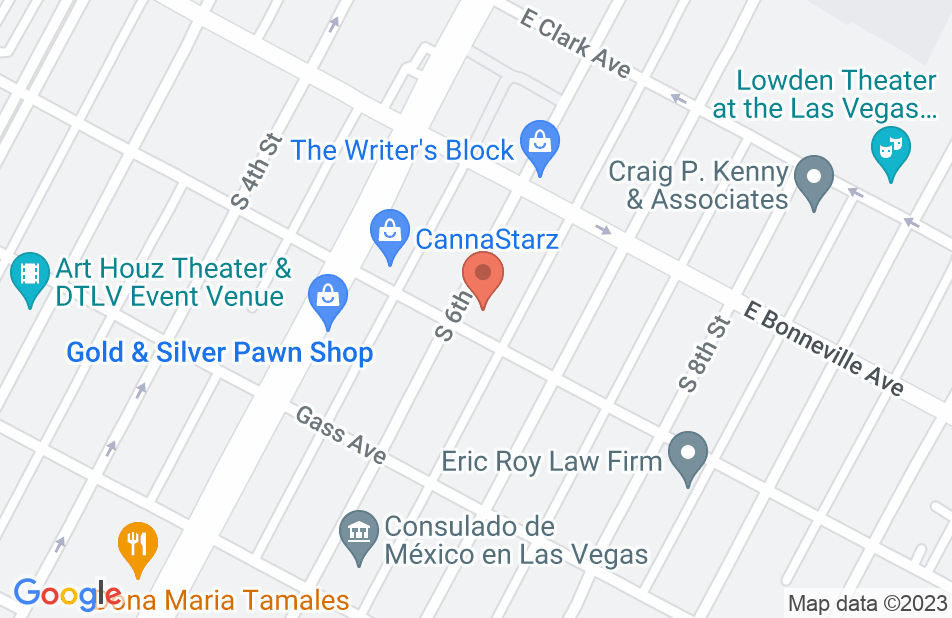 Sitting in CCDC jail my Son was referred by a lawyer to Mace for my case. From lowering the Bail and negotiating lesser plea deals Mace is a Ace in the Court Room. He will always have your back and best interests for you. Very experienced! Thank You Mace
This review is from a person who hired this attorney.
Hired attorney

Mace was recommended to me by a friend of a friend. He called me from home the very same night we needed advice and I am eternally grateful for that. It was a possibility the situation was going to become volatile and getting good advice to stop anything from developing was essential. We did not end up hiring this attorney because the incident mentioned did not warrant it. However, should we ever need an attorney in the future I will absolutely call Mace.
This review is from a potential client who consulted with this attorney.
Consulted attorney

I am the director of operations for a HNW consultancy. We deal with a lot of big ticket clients and I am very familiar with practitioners who always lead with “fees first!”. This was not my experience with Mace. This guy led with “help first...!” We had a crisis situation on Saturday. I needed to consult a criminal defense attorney in Clark County. On. A. Saturday. I reached out to some attorneys I know here in Los Angeles. One responded with, and I quote...”I know him only by reputation but the guys name is Mace Yamploski.” I called Mace's service, they patched me through, I gave him the download and...Within the hour he has consulted the judge and given us (in reference to a client in crisis) a complete advisory on what to expect and best next steps. On. A. Saturday. Additionally, he led us to his simply incredible Private Investigator who has been nothing short of a miracle. From word one, I knew this guy was an experienced, trustworthy, strategic partner in some problems that needed to be solved... On. A. Saturday. Thank you, Mace! Just can't recommend him enough!
This review is from a potential client who consulted with this attorney.
Consulted attorney

Honest attorney give me a clear picture of my case and always answered my questions
This review is from a person who hired this attorney.
Hired attorney

When it comes to legal business Mr. Yampolsky is the one to definitely go to! I was pulled over by the police some time ago and received a traffic ticket. Mr. Yampolsky appeared on my behalf to my court date and got my fined reduced by almost 80%! Without Mr. Yampolsky's help I have no idea what I would do with my life. This traffic ticket would of haunted me (literally). Thank you Mr. Yampolsky for helping me with my traffic ticket I could never thank you enough.
This review is from a person who hired this attorney.
Hired attorney

I hired Mace and his team to handle my case. They helped me along every step of the way. I couldn't be happier. In my instance Mace was able to get my case completely dismissed and I can't thank him enough. Literally a life saver in my time of need.
This review is from a person who hired this attorney.
Hired attorney

I spent some time with Mace and he provided me with a great deal of advice. When we spoke, I was really worried, I left feeling much better. If I need to hire an attorney again (knock on wood I won't), no question I will hire Mace. His knowledge alone sold me. His candid statements about saving me money was icing on the cake. Thanks, Mace
This review is from a potential client who consulted with this attorney.
Consulted attorney

After having a broken heart from the situation surrounding my mothers passing when I was 18 and making a series of bad choices, with his big heart Mace helped me when our courts had the intentions of throwing me in the garbage. 20 years later, I did not hesitate to reconnect with him to get my records sealed so that I can continue to move forward in life. I hired Mace to get my criminal record sealed and he and Donna did so efficiently, clearly and without judgement. They were helpful, communicated clearly and did not waste any time. Filled with hope and excitement to reclaim an unaltered path of my own choice is an amazing feeling I have not had for my adult life until now. Thank you, Mace & Donna!
This review is from a person who hired this attorney.
Hired attorney

Mace and Jason really stepped up with my sons case, past and present. They were always available to take my calls on weekends and after business hours. We have called them several times for my son and both of them jumped when we needed them. I would recommend him and his firm to whom ever would need a lawyer. They really are there for not just their client, but to help ease the minds or the worried family members. Mace is a very nice man and shows compassion for all. Thank you Mace and Jason, I really appreciate you guys helping my son and my family.
This review is from a person who hired this attorney.
Hired attorney

Working with Mace and his team was a great experience, considering it was not a great situation I found myself in. Getting arrested for DUI was devastating and stressful. At the initial appointment Mace and Jason put me at ease, explained the situation, what was going to happen and what they can do for me. They held my hand throughout the whole process, always being professional, thoughtful and considerate.They did a wonderful job!!! I would definitely recommend this attorney as he has worked a miracle for me. Thank you Mace!
This review is from a person who hired this attorney.
Hired attorney
See all reviews

Mace has an exceptional legal mind and works tirelessly for his clients. As a young attorney, Mace gave me my first job. I'll be forever grateful for that experience and his tutelage.

Exceptional and experienced. I endorse this lawyer.

I'm proud to endorse Mace Yampolsky as a lawyer who is serious about DUI defense. As a member of The National College for DUI Defense, Mace is committed to DUI defense, and will work hard to help you through this stressful situation. If you've been charged with a Las Vegas DUI, call Mace and ask for help.

I fully endorse this lawyer. I have referred a fair number of criminal cases to Mace over the last several years and we have worked on some them together. I have seen Mace achieve amazing results on these cases. He is passionate about the law and about his clients and that is what makes him so effective and that is why I fully endorse this lawyer for any of your legal needs.

Mr. Yampolsky is a top notch attorney that works hard for his clients, fights for their rights, and stops at nothing to ensure their freedom is preserved. It is a privilege to walk the halls of the Regional Justice Center with him.

Mace has a well-deserved reputation as a tenacious attorney. I have know Mace for many years and I have great respect for him.

Jason Naimi, Divorce and separation Attorney on Aug 18, 2014
Relationship: Worked together on matter

Mace is not only knowledgeable and experienced, he is a strong advocate for his clients. I highly recommend anyone in need of a criminal defense lawyer to contact Mace. He is excellent.

I endorse this lawyer. Very competent, fair and reasonable to deal with

I recently needed some help on a complex matter in Las Vegas and I knew exactly who I was going to turn to, Mace Yampolsky. He and his firm helped me with one of my cases which allowed my client a very favorable result. I endorse this lawyer.

I enlisted Mace as local counsel when looking for assistance in Las Vegas. Simply could not have made a better choice for my client. Very knowledgable, experienced, easy to reach and a pleasure to work with. Legal troubles in Las Vegas? Mace is definitely the person to call!

I endorse this lawyer. Mace is one of the best. My strongest endorsement is the following: if I or my family needed criminal defense... Mace would be my lawyer.

Mace is a phenomenal lawyer. Extremely knowledgeable and competent in every aspect of criminal law. You would be hard pressed to find anyone in the United States, much less Nevada with as much knowledge and experience as him in Criminal Defense

I endorse this lawyer. Mr. Yampolsky is an innovative and intelligent attorney that demands respect in every courtroom he enters. An indispensable asset to the Nevada Legal community.