Lawyer to celebrity clients, member of top defense teams in the nation, and she is also the owner of a Boston-based private criminal defense firm.

Michelle Hubbard was awarded her Juris Doctor degree with Honors. As a law student,  she was the recipient of the Excellence for the Future Award. Hubbard completed her final year of law school as a visitng student in Washington, DC at Georgetown Law.

Attorney Michelle Hubbard has an exceptional criminal defense record which can be found here: www.BostonCriminalLawyer.net or www.HubbardcriminalDefense.com 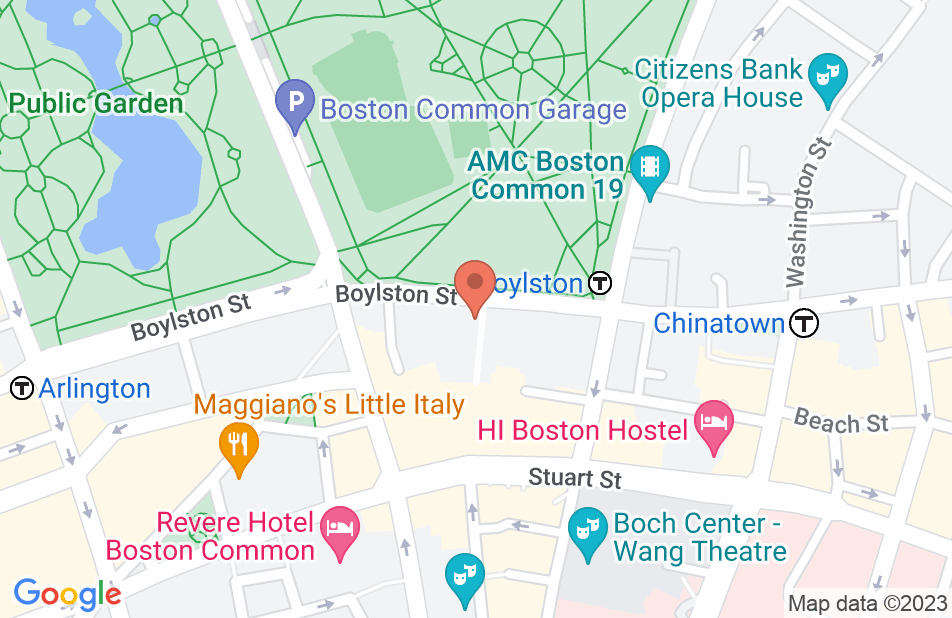 I hired Ms. Hubbard to defend me in a set of criminal citations I recieved due to an accident on a Vespa. I was very pleased with the result. Michelle is a fantastic lawyer and wonderful person to be around. She will take your case in any direction you feel comfortable going, while always giving her honest legal opinion and tuned expectations. She is very confident in completely shutting down the opposition ...and for good reason, but should you want end things in a quick and civil manner, she is a guiding force; always ready to turn on a dime without ever abandoning any of your options. Very shrewd and uncannily invested in your best interests, she is a great legal mind, always professional, with an inexhaustible knowledge of law.
This review is from a person who hired this attorney.
Hired attorney

I contacted Michelle, when I unfairly received a harassment protection order. Michelle listened to my side of the story and agreed to defend me. Michelle gathered all the facts and explained to me how she would proceed with my case. Michelle listened to my concerns and seemed genuinely convinced of my innocence. Michelle recommended several ideas that I’ve never thought of and I accepted them. What I remember and appreciate most is how tirelessly Michelle worked, on my behalf, especially on the day of my trial. In the end, I received a favorable decision and I believe that the outcome would have been different if not for Michelle’s excellent representation. If you seek an attorney who is knowledgeable, professional, efficient and reasonable, then Michelle is the person to contact. I would definitely recommend Michelle to my family and friends. I will not use anyone else.
This review is from a person who hired this attorney.
Hired attorney

Attorney Hubbard is simply the BEST attorney that I have ever dealt with! If you ever need a Criminal Defense attorney you need to do yourself a huge favor and hire her. Don't leave your fate to chance! She is an extremely knowledgeable, very responsive and wonderfully compassionate attorney and a wonderful human being. I can't say enough positive things about her representation of me!
This review is from a person who hired this attorney.
Hired attorney

She called me back right away , and sounded very sincere and caring about my case.
This review is from a potential client who consulted with this attorney.
Consulted attorney

Ms Hubbard wa very helpful in the beginning of my case! I was so nervous, and yes, afraid, but Michelle was always so helpful in explaining the process of my case and what to expect. Michelle was able to find things that just didn't add up also. To me she is just the ultimate professional, and yet she is also very caring, which I find very refreshing in an attorney. I would recommend Attorney Michelle Hubbard to anyone in need of a really good defence attorney anytime!! Thank you so much Michelle!!
This review is from a person who hired this attorney.
Hired attorney

I've called many lawyers for consultations, and by far, Michelle was the best one. Regarding the case, she was very honest, understanding, and patient with my various questions (as it was my first offense). She helped me understand how the system works, and what the different possible outcomes were. I definitely recommend Michelle for anyone looking for a lawyer who cares, not just one that pinches your wallet!
This review is from a person who hired this attorney.
Hired attorney

Superlatives across the board!!

It sounds cliché, but Michelle really does possess all the superlative traits of an attorney: hard working, innovative, intelligent, savvy, empathetic, etc. etc. Being unjustly charged with rape/sexual assault is a huge deal and it has serious ramifications. Candidly, being thrown into such a situation was one of the worst experiences of my life. Michelle was recommended to me and when things were not going my way, I decided that I needed her on my team. She stepped in with gusto, even keeled solutions, and was always there to thoroughly explain the risks of each action we were considering taking. She did her best to try to get me out of a hearing (unfortunately to no avail). When we got to hearing, Michelle heroically thought on her feet to get our overall goal achieved. It’s not easy to come up with a good resolve on the spot, but she was undeterred by the twist of the hearing. If my funds were not extinguished by this case, I would have honestly paid her a bonus at least 3X what I gave her (she undercharges for the amount of the value she creates). I really don't think many attorneys (I spoke with several before deciding on her) could have been so resourceful. Quite obviously, she is good at resolving a rape/sexual assault case, but I would encourage you to look at her website for her other areas of success: http://www.hubbardcriminaldefense.com/ I know this is an overtly enthusiastic review, but I had a lot to lose and thankfully, I am free now from a terrible experience!
This review is from a person who hired this attorney.
Hired attorney

Being wrongly accused of a criminal charge is scary. And Michelle does a really good job of comforting a defendant's (from a friend type perspective) and beyond her empathetic nature, she takes the time to understand the case, expose the weaknesses of the Plaintiff's claim, thinks of creative measures and is very responsive.
This review is from a potential client who consulted with this attorney.
Consulted attorney

Atty Hubbard was very professional, yet warm and personable. She put us at ease in a stressful situation. She took the worry off our plate and handled everything in a confident manner. I would highly recommend her to anyone needing legal help.

Highly recommended attorney for all kinds of cases, minor to major.

Has already had experiences with drug trafficking cases in which the FBI was involved, Michelle has a very deep knowledge when it comes down to hearing of cases, ranges from misdemeanor to felony. Excellent exchange and partnership with her client during the preparation for hearings, as well as during the hearing sessions themselves. However, as long as the client themselves provide sufficient evidences prove his/her innocence, the effectiveness of the attorney should be highly recognized when it comes to cracking down cases. Overall, excellent attorney. The only point of improvement would be to consider certain "unexpected obstacles", such as traffic jam to avoid turning up late to different hearings.
See all reviews

Attorney Hubbard and I worked together on a matter - and I will surely be referring business to her in the future. Her devotion to her craft is only surpassed by her compassionate dedication to her clients. She's highly responsive, and represents clients with a sense of urgency yet is very meticulous at every stage - ensuring her clients' best interests are always served. As a lawyer, I strongly endorse Attorney Hubbard.

Ms. Hubbard is a brilliantly smart, experienced attorney who will fight for your rights!

Attorney Hubbard is a competent and able attorney; she is bright, professional, and passionate about the work she does and about her clients. I am happy to recommend her always.

Michelle Hubbard is a zealous defender of her clients. I endorse this lawyer.

I endorse this lawyer. I have known Michelle since law school and can say she is one of the most dedicated lawyers I know. She cares 100% for her clients to get the justice they need. Highly recommend.

Ms. Hubbard is an attorney that cares about her clients and doesn't just take "no" for an answer when advocating on her clients behalf. She is creative, aggressive, and willing to go to trial if her clients are being mistreated by the prosecution or judicial system. I highly endorse this lawyer.

Michelle Hubbard is a top-notch criminal defense attorney, with a strong reputation in Boston. I recently had the opportunity to work with her on a case; she is creative and bright. She made herself available to thoroughly prepare the case before the court date. In court, her quick thinking ultimately helped win a very important case for our client. Her track record speaks for itself, and I have personally observed her to be an excellent advocate for her clients.

Ms. Hubbard is an exceptional attorney who works hard for her clients. She is a true professional and a pleasure to work with.

I've been able to follow Michelle's legal career as she's handled many high profile criminal cases in the Boston area that have been "media cases" that are frequently in print/tv news. You won't find a more capable and dedicated attorney to fight for you.