I am prepared to go to war for you. That's my promise. Clearing your name is my #1 Priority!

Jack Mkhitarian has extensive experience in the New Mexico State Courts and has handled over 1000 cases in New Mexico District Courts, Metropolitan Court, and Magistrate and Municipal Court.  Mr. Mkhitarian practices State-wide and has appeared in nearly every courthouse in New Mexico. 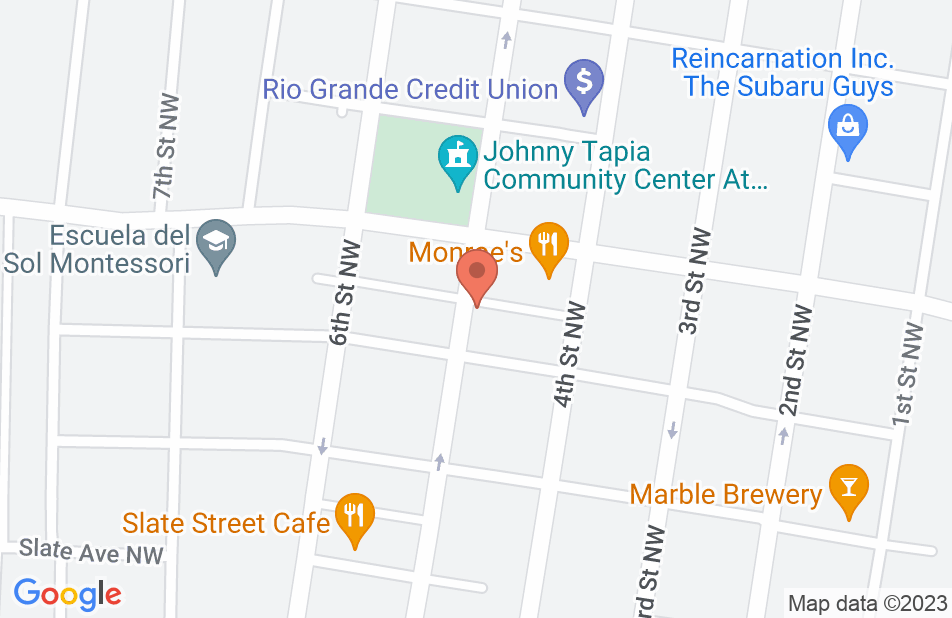 One Of The Best attorney!

Jack Mkhitarian is one of the best, if not the best attorney out here in New Mexico! I was being charged with 5 counts of sexual penetration for something I didn't commit. The false accusations that lead to these charges affected my life in the most negative way you could possibly think of for the past 2 years. To make matters worse I was still looking at this changing the rest of my life. Luckily, I had Jack on my side and I was not aware of what he was capable of till we went through the process of getting me ready for Trial. I could honestly sit here and tell you so many things about this gentlemen, but words can hardly describe how amazing, professional, and most of all passionate this guy is about the job he does and the clients he represents. Thank you, Jack!
This review is from a person who hired this attorney.
Hired attorney

I found myself facing over 20 years of incarceration for crimes I did not commit. I was nothing short of helpless, and seriously resigned myself to giving up. Little did I know the caliber of the men I had hired to represent me. Jack Mkhitarian is nothing short of a brilliant, humble, and steadfast human. His ability to maintain clarity in the incredibly complex and chaotic process that is the legal system is truly admirable. Though there were myriad details and aspects of my case, he was able to hone in on what mattered, and was able to prove my innocence. Mr. Mkhitarian's performance during the trial that would lead to my freedom was a marvel to behold; he never missed a beat. His partner, Kenneth Gleria, played an integral role in the preparation of my case. Admittedly, as the younger man that I am, I was somewhat unnerved by his demeanor at first: strict, blunt, and entirely focused. However, I came to realize the truth of Mr. Gleria's approach. Simply, Mr. Gleria is so determined to see the case through that he doesn't waste time with unnecessary banter. His logic and reason is unflinching and for good reason: he knows how this world operates. With these two individuals working towards the same defense, there is no stone left unturned, no perspective that they can't account for, and no attempts to hold their clients under any illusions. Thanks to their efforts I was never left unaware of what I was up against, and more importantly, what I could do to defend myself and prove my innocence. These wonderful men are the reason I have my life back, and there is no amount of gratitude that could ever pay them back in kind (especially for Jack Mkhitarian). A remarkable team to say the least!!
This review is from a person who hired this attorney.
Hired attorney
Jack Mkhitarian's response: Thank you for choosing us to represent you in your case. It was an honor!

The most professional performance in my case!!!

I just want to thank Mr. Mkhitarian and his team for the most professional performance in my case. He and his team was the most helping and the best profession that I could ask in my in this case. I really would recommend him and his team highly to my friends and family and other that need this professionin there matters. Thank you again Mr. Mkhitarian!!!
This review is from a person who hired this attorney.
Hired attorney

Made the most of of unique evidence to get me exonerated

Jack and his law partner, Kenneth, represented me in a restraining order case in which a girl I had previously dated was attempting to ruin my career because I refused to keep seeing her. The hearings dragged on much longer than we initially expected, but we were able to bring some unique evidence forward that definitely proved that my accuser was lying under oath, getting the entire matter dismissed.
This review is from a person who hired this attorney.
Hired attorney

Jack and his partner Kenneth gleria are top notch lawyers with truly your best interest at heart. This being my first offense Rui and have a prior criminal history I was skeptical about my chances in trial but jack and ken made the court proceedings as painless as possible and took care of everything, they even got my court appearances waived so I didn't have to miss work at all. The day of my trial jack went in for war and ended up getting one officer's testimony suppressed and with out the first officer the prosecution had no choice but to dismiss the case! jack and Kenneth are sharks in a fish pond. I wouldn't hire any other law office to represent me in the future. Thank you again jack and ken
This review is from a person who hired this attorney.
Hired attorney

Jack Mkhitarian was a major role in my legal struggle the last couple years. Today I was given a conditional discharge from multiple felonies, Jack gave me the great counsel that was much needed!! Great professional attorney ready to go to war for his clients, he did for me. Thank You Jack Mkhitarian
This review is from a person who hired this attorney.
Hired attorney

By far the best defense experience I have ever encountered.

Mr. Gleria and Mr. Mkhitarian make a fantastic defense team. I was facing multiple charges, strong charges, and from the minute I hired their law firm I knew I had made the right decision. This pair of highly experienced defense lawyers are sharp, for lack of a better word. They leave nothing overlooked, every piece of information in your case they will use with strong defense. I have never seen or been treated with such kindness from any attorney I've ever encountered. Not only are they patient, they keep you informed of what status your case is at through every step, in words you can understand. I would highly recommend them. I will not ever recommend another law firm in Albuquerque. They were able to get all the charges against me dismissed. And I know if you are seeking proper council, they will not let you down. On a side note, one of my charges was an aggravated DUI. During my MVD hearing Mr. Gleria calmly and very rationally put the arresting officer in his place. And my license was never revoked. They both pay such strong attention to detail, these two men are the ones you want on your side. Thank you again Ken and Jack, you truly represented me well, and I am beyond grateful for your services.
This review is from a person who hired this attorney.
Hired attorney

I want to thank Jack for believing in my husbands case. He worked very hard knowing all odds were against us. It was not an easy case by far, but he managed to work some magic. He is very professional and thorough. I would recommend him to anyone!!
This review is from a person who hired this attorney.
Hired attorney

Jack recently represented me in a dwi case. His knowledge of the judge in this case, when to file certain paperwork with the court and overall legal prowess were instrumental in getting my case dismissed.

Jack was both knowledgeable and deliberate with my DUI case. He represented me in the MVD case as well as a few court hearings. He got the charges dropped on both cases. Can't thank this firm enough for helping me through all of it.
See all reviews

Jack is a knowledgeable, capable attorney who cares about his clients. I endorse this attorney.

I endorse this lawyer. He really knows his stuff.

I endorse this lawyer. He is a diligent, knowledgeable and hard working attorney.

I endorse this lawyer. Jack Mkhitarian is an excellent attorney, and well-respected in the legal community.

I've worked with Jack both as a District Attorney, and now as a fellow defense lawyer, in the area of criminal defense. Jack has always been a great mixture of professional and aggressive with a solid understanding of his cases and the laws that apply. I would definitely recommend this attorney.

I endorse this lawyer. Jack Mkhitarian is an extremely knowledgable and passionate attorney. He is very well versed in Criminal Law with an unrivaled attention to detail.

I endorse this lawyer. He is a passionate and skilled attorney who defends each client with sound legal expertise.

I endorse Jack. He is well versed in the law and an asset to the legal community.

I endorse Jack. He is a highly skilled attorney that is well respected in the legal community.