Ms. O'Brien graduated with highest honors from Lewis University in May, 2000. She earned a Bachelor of Arts Degree, double majoring in Criminal / Social Justice and American Studies (History Department). While an undergraduate student, she was a member of the Scholars Academy, Pre-Law Club, and Mock Trial Team.

In 2001, Ms. O'Brien worked for Target Corporation as a human resources manager where she recruited new team members, and helped run the Orland Park Target store. Ms. O'Brien then attended DePaul University College of Law and graduated with a Juris Doctorate in May, 2004. While a law student, she was employed at the National Anti-Vivisection Society as a legal analyst helping maintain http://www.AnimalLaw.com. Ms. O'Brien also clerked with Chuck Bretz & Associates P.C. and helped maintain family, felony, and personal injury files.

Ms. O'Brien was licensed as an attorney with the Supreme Court of Illinois in November, 2004 and the United States District Court for the Northern District of Illinois in January, 2005. After her admittance in 2004, Ms. O'Brien was employed as an associate attorney at Chuck Bretz & Associates, P.C. where she concentrated in family law, but also had litigation experience in criminal defense, personal injury, and administrative hearings. She opened her own law practice in November, 2008 and concentrates in family law.

In March, 2008, Ms. O'Brien earned a Professional Certification in Divorce Mediation Skills Training from the School of Continuing Studies at Northwestern University. Shortly thereafter, she branched out from the typical family law litigation and became a Fellow of Collaborative Divorce Illinois. More information about collaborative divorce can be found at https://collaborativedivorceillinois.org/.

Ms. O'Brien has been named a Top 40 Lawyer Under 40 in family law by the American Society of Legal Advocates for 2015, 2016 and 2017. In 2018, Erin Webster O'Brien, P.C. was honored to be a recipient of the Herald News Best of Will County Readers' Choice Award in the lawyer / law firm category in which it was voted as a top three law firm in Will County.

Ms. O'Brien was the President of the Will County Bar Association for the 2019 to 2020 membership year. 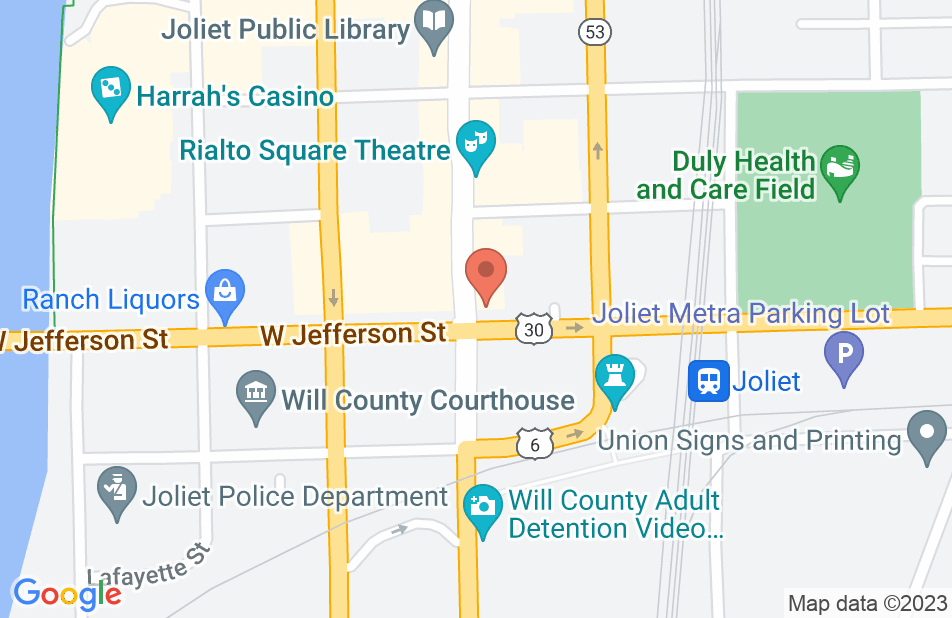 It was a pleasure working with Erin and her office. She handled my case perfectly and professionally making everything completely effortless for me. Erins knowledge and advice was flawless every step of the way.
This review is from a person who hired this attorney.
Hired attorney

EXCEPTIONAL attorney in WILL COUNTY

Erin is the most understanding, compassionate attorney I have ever dealt with. Due to the nature of my job, I know a lot of attorneys, and Erin is by far the most professional attorney I have ever met. She is not only intelligent; she is by far the most detail oriented attorney I know of. The end result of my case was ruled in my favor, but even if it hadn't gone in my favor, I would most definitely recommend Erin. She is very attentive, knows the law, and will make time to talk through everything with you. Her staff is absolutely exceptional as well. I can't say enough good things about Erin and her staff.
This review is from a person who hired this attorney.
Hired attorney

The BEST in WILL COUNTY

I was looking for a divorce lawyer for a year. I did 12 months of due-diligence. Erin and her staff were by far the best of the best! Erin has been a great Lawyer, who is very knowledgeable and works for the best outcome for you, Her entire TEAM is fantastic! They communicate and rely same day. Erin is for you. She is very professional and always kept me informed all the way through this difficult time.I have recommend her in every media I can and I will continue to do so. Thanks Erin TEAM!
This review is from a person who hired this attorney.
Hired attorney

I can’t imagine a divorce ever being a good experience, but Erin worked hard to make a bad situation as good as possible. Her practice is small and specialized, so she can give her clients the attention they deserve. Erin was always quick to respond to email and phone questions. She knows her stuff too. When it was time to make a decision, she would thoroughly explain all of my options and the possible consequences of each. Her sound recommendations were made based on her knowledge of the law, the judge assigned and her “legal opponent.” By hiring Erin and her firm, I believe I got the best result possible. I certainly hope never to have to use her services again, but I would certainly recommend her.
This review is from a person who hired this attorney.
Hired attorney

If your looking for a great Lawyer, who is very knowledgeable and works for the best outcome for you, Erin is for you. She is very professional and always kept me informed all the way through this difficult time.I have recommend her to several of my friends. She was the best choice and i am very happy with my results. Thanks Erin

If you are looking for a detailed oriented go getter, look no further. Erin reviewed my agreement that was written up by my soon to be ex- wife's attorney. In short, she read every word of my agreement with passion to help me. She read through the standard language that I was expecting to pass through. She is so detailed orientated that she not only found wordage of great concern, she also found grammar and punctuation problems. If you are looking for an attorney to get things done right, set up a consultation with Erin and see for yourself. I believe you will be as impressed as I was. My only wish is that she practiced other areas of law. Thanks again Erin! Jimmy

If you need an attorney who is hard working, attractive, tall and maintains herself in court with poise and dignity while still conveying a sense of conviction, it would be wise to contact Erin Webster O'Sullivan. Erin is committed to providing first rate legal service to her clients. She will stay in touch through emails and will return phone calls. She is kind and attentive to a client's needs. Further, she will be honest in guiding her client through the legal process. She also expects her clients to work with her while she handles the finer points of a legal case. Erin is patient, willing to compromise to achieve a good result. Best of all, Erin follows through on her commitments. Without fail, she will ask for client approval of every single step in fulfilling her obligations as an attorney to reach a successful conclusion in each case. Another satisfied client, Daniel

Erin was very considerate of the special circumstances in my case. A few other lawyers I spoke with just wanted to give me standard answers,didn't really want to go "the extra mile." Erin did,and it made a huge difference in a difficult time. She is a pro!!

Do yourself a favor and HIRE ERIN!!!

I didn't plan on hiring a lawyer. I filed pro se and had to hire one when my ex went and hired his. After looking and asking around, I decided to hire Erin. BEST MONEY EVER SPENT!!! My ex's lawyer was one mean s.o.b and fought me on every issue, trying to delay the process and get me to concede a number of things. Erin fought for me and my kids and our best interests all along the way. Either she or one of her staff answered every question in a very timely manner, thoroughly so I could understand it, either via email or on the telephone. No question was left unanswered or treated as stupid or unimportant. They were all so supportive and caring that it made the worst time of my life much better. In the end, she helped me get a settlement that was better than I had originally counted on. I've had a great many issues and problems with my ex in the almost 10 months since my divorce. Erin has stepped up and assisted me with getting them settled. (Yes, for a fee!) Having Erin and her staff on my team made me confident and comfortable throughout the process and continuing. If you're looking for a lawyer in Will County, I can't say any more than I did above - hire Erin! You won't be sorry!!! Not many people can say they 'love' their divorce lawyer, but I sure can and do as often as I get the chance. Thanks Erin, Jessica and Arielle!!!!

EWO got it done

Erin was the only good part of my difficult divorce. She is a dynamite attorney - pragmatic, no nonsense and efficient working through the key issues. She listened to my concerns, understood my priorities and made sure my best interests were addressed. Some other attorneys seem work with their own agenda and don't take the time to listen. Erin helped me navigate through a tough time in my life and I can't thank her enough.
See all reviews

I have found Erin to be knowledgeable and compassionate towards her clients, as well as well-prepared and professional. She fights for her clients but maintains high integrity.

I endorse this lawyer. Erin is an excellent attorney who works hard to meet her client's needs and goals.

I endorse this lawyer. Ms. O'Sullivan is an excellent family law attorney and mediator.

Ms. O'Sullivan exhibits civility and reasonableness in dealing with opposing parties and opposing counsel while zealously representing her clients.

In my experience as opposing Counsel, and as a fellow Lawyer in the community, I have discovered that Erin Webster O’Sullivan is an extraordinary individual. She is highly intelligent, most competent, exceptionally professional, and wise beyond her years. Given the context of our practice in family law, I find it a delight to work with Erin because I know that she is interested in the equitable, reasonable, and expeditious resolution of her Client’s issues. Therefore, I hereby give Mrs. Erin Webster O’Sullivan my very highest recommendation.

Raiford Palmer, Divorce and separation Attorney on May 28, 2008
Relationship: Fellow lawyer in community

I've known Erin for many years. She is a very hard-working, effective attorney. She really cares about doing the right thing for her clients and is very well respected in the legal community.