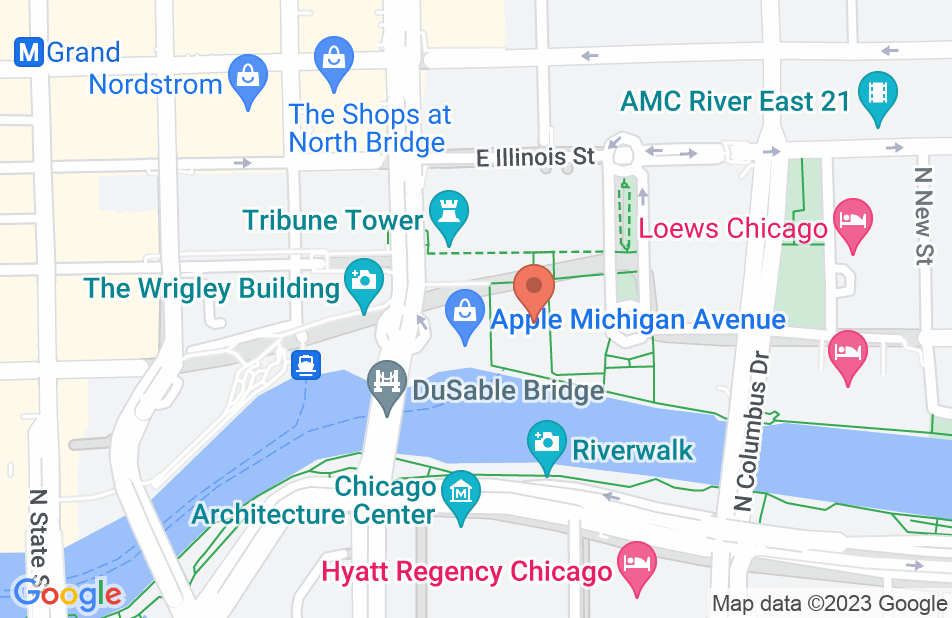 Words can not explained the jubilation and relief I felt after getting a favorable outcome dealing with an unwarranted child support suit. 6 months ago my world was turned upside down as I was serve with a summons for child support from a women I knew little about. I talked to 3 different lawyers to gauge their qualifications and expertise. It was clear from the start that Elizabeth was on another level. Not only was she able to provide a game plan from the start but she also removed any doubt that I had. I knew then that justice would prevail and I would be able to clear my name. Her insight into law and its application was one of the main reasons I decided to hire her. Her exemplary demeanor and professionalism separate her from the rest of the pack. Her personality and charisma is included as a bonus. I've come to the realization that in the Chicagoland area there are Lawyers and then their is Elizabeth Feely. During the discovery phase Elizabeth put in countless hours of research which tore to shreds the states accusations. Overall I was able to save thousands of dollars by getting this matter resolve rather quickly considering the fact that Cook county likes to drag their feet. This positive experience with Elizabeth has left me extremely happy and from now on I will referred anyone with a family case to her. For those of you considering to hire a family law lawyer look no further!
This review is from a person who hired this attorney.
Hired attorney

A Canadian In Need

I am writing here today to simply state what a wonderful attorney Elizabeth Feely is. My separation / divorce was not one that any lawyer would call simple, as I would come to learn. As a Canadian citizen married to an American citizen in the United States; my ex-partner had managed to seize complete control over my affairs. I was left without even a way to know my immigration status, which was vital during these proceedings. The first nine months of my divorce, I was sadly with what turned out to be an entirely incompetent lawyer; whom, I later discovered had done virtually nothing for my side of the case the entire time I retained him. Upon contacting Elizabeth, I was quickly responded to. She called me, and we soon got to work on finally putting an end to a divorce that was getting close to being longer than the marriage itself. This was no easy task, as my ex-partner and his representation were doing everything they could to be uncooperative going as far as to try and withhold discovery, and more. Elizabeth works with a fierce dedication for her clients, and a genuine care that I can say is rare to find. Along the way, there were many obstacles that were disheartening; but, Elizabeth and her partner continued to work full-speed ahead. Elizabeth managed to bring to an end in less than four months, and that was no easy feat. Even with having to relocate to Canada due to my divorce, Elizabeth kept me entirely aware of how the case was progressing, and she helped this Canadian put an end to a rather tumultuous situation. In the end, even the judge couldn't help but have a smile on his face when we were able to put pen to paper for an agreement that absolutely never would have happened without her. One that nobody could have expected. If you are in need of a brilliant, caring, and passionate lawyer look no further than Elizabeth Feely.
This review is from a person who hired this attorney.
Hired attorney

Nobody wants to hire a divorce attorney, but if you have to, Elizabeth Feely is the perfect one!

Elizabeth was referred to me by a friend. Nobody ever wants to hire a divorce attorney but Elizabeth and her partner Luke are with you every step of the way. Elizabeth is compassionate and understanding, yet she is a bulldog. She knows the law and she knows how to make the best strategic moves in the case. What sets Elizabeth apart from the rest is her attention to detail. I 100% believe that we avoided going to trial because Elizabeth went over and beyond making sure that she knew every detail of my life - she's almost OVER prepared. Her attention to detail and strong advocacy with the Judge gave the Judge no choice but to side with the recommendations that Elizabeth presented in her extremely well-drafted pre-trial memorandum. Now I can move forward with my life and look forward to brighter, happier days with my children.
This review is from a person who hired this attorney.
Hired attorney

Get her on your team!

As someone who has gone thru this more than once, I can categorically say that in my opinion there is nothing easy about divorce. Teaming up with Elizabeth was a winning move. Elizabeth is a passionate advocate for her client and a professional in every aspect of her work. Superbly knowledgeable on the law, confident yet never arrogant and positive thru the whole process. Never was I in doubt that she was on my side. In addition to her legal skill she has a great ability to beneficially interact with everyone involved in the case; The client, the opposition, the judge the support people, her demeanor causes everyone to work together. Excellent attorney, manager, co-pilot! Thanks Elizabeth!
This review is from a person who hired this attorney.
Hired attorney

I only wish I would have hired Elizabeth sooner. I initially hired a female attorney in Naperville who dragged my divorce on with a promise that it would be over the next month. That lawyer did nothing for me except put me in debt. After hiring Elizabeth she told me what she needed and pressed on. Elizabeth looked at every angle of my situation and made sure I was protected. She is a lawyer you can trust. She looks out for your best interest not her second home.
This review is from a person who hired this attorney.
Hired attorney

Elizabeth took on my divorce case in 2014. After my diagnosis of an incurable disease, my wife left me with nothing. Elizabeth took over my case from start to very finish. Everything worked out great. She still emails me to check how im doing. Great lawyer and a good person. Highly recommended.
This review is from a person who hired this attorney.
Hired attorney

I contacted her and she called me the next day. She is really good with returning phone calls and knows what she is doing. I would recommebd her to any single mom. She keeps me updated and also the best lawyer to get advice.
This review is from a person who hired this attorney.
Hired attorney

Its been over ten years since Ms. Feely represented me for my divorce. I would just like to say that her long term foresightedness is what really stands out as to the great way she managed my case. This is now years after my divorce and the fantastic work she put in is still positively influencing the big issues from my divorce. In particular, all issues regarding my children and the time I get to spend with them. During my divorce I was extremely worried as to the time I would have with my children since my ex was doing everything possible to gain sole custody and thus trying to nullify my role as a parent. Ms. Feely used her lawyering skills to craft an excellent arrangement of joint custody that has held up for the past 13 years. If Elizabeth excepts your case you are a lucky client!
This review is from a person who hired this attorney.
Hired attorney

This Lawyer is Great!

Elizabeth is simply the best. All the other lawyers I interviewed told me it was hopeless. Elizabeth was the only one that siad we could fight. We fight and won, my resolution was far better than I could have opened for. Do everything exactly as she says, it's for your own good.
This review is from a person who hired this attorney.
Hired attorney

Elizabeth is an excellent lawyer. I was not confident in how my case was going with my first lawyer and sought a second opinion with the Kazmar Feely law firm to address my concerns. During this consultation, Elizabeth and I reviewed many issues/open questions and Elizabeth presented a well laid out plan for how she would move forward if she took over the case. I was extremely impressed with her professionalism and clear knowledge of all aspects of family law. I retained her on the spot. Elizabeth far exceeded the expectations set in our initial consultation. In the end, my decision to fire my first lawyer and hire Elizabeth paid tremendous dividends. Elizabeth was aggressive with opposing counsel when the situation called for it, but persuasive when she needed to negotiate a settlement. Elizabeth’s results in court were superb. Elizabeth and her law firm gave extra attention when I was not comfortable with or unsure of what to expect during the process. It goes without saying that Elizabeth leverages her 27 years of experience in all aspects of her practice and the results show. Elizabeth runs a first-class operation. I would not hesitate to recommend Kazmar Feely.
See all reviews

Elizabeth has a reputation for providing excellent legal representation as well as empathy for her domestic relations clients. Her professionalism toward other attorneys is a standard for the legal profession.

Counselor Feely is a compassionate advocate and an experienced litigator. She is a leader in the profession who is generous with her time. She is an asset to the legal community. I endorse this lawyer.

I endorse this lawyer. Ms. Feely is a highly experienced and well respected member of the legal community. She is a zealous advocate for the rights and interests of her clients.

I endorse this lawyer. An outstanding and well respected attorney in the legal community. I would recommend her wholeheartedly to annyone needing legal representation.

I endorse this lawyer. She is highly respected in the area of family law.

Counselor Feely is a compassionate advocate and an experienced litigator. She is a leader in the profession who is generous with her time. She is an asset to the legal community. I endorse this lawyer.

While I have not worked with, or against, Ms. Feely in the courtroom, I've found her answers and comments on avvo.com to be concise, thoughtful, and valuable to those in need. Clients would be well-served by Ms. Feely.

Attorney Feely is well-respected among other attorneys in the Avvo community. Ms. Feely can successfully tackle even the most complex and difficult legal problem with a clear well written response. I endorse and recommend Attorney Feely and her legal services.

Elizabeth has a reputation for providing excellent legal representation as well as empathy for her domestic relations clients. Her professionalism toward other attorneys is a standard for the legal profession.

I endorse this lawyer. Attorney Feely is one of the finest Divorce and Family law attorneys in her state. She is a strong and zealous advocate for her clients and a credit to the legal profession. I highly recommend her legal services.

Ms. Feely is an intellectually gifted and experienced advocate for family law clients. She has big firm experience and excellent academic credentials. She is also generous with her time and counsel as a contributor to Avvo message boards. I found her answers helpful and insightful.