Chad Hendricks graduated from Marquette University Law School and joined the Law Offices of Randall E. Reinhardt as an associate attorney in February 2014. According to Chad, "I have always been drawn to personal injury work because it allows me to represent individuals who have endured the devastation of an accident or loss of a loved one due to someone else's mistake."

Since joining the firm, Chad has worked on a variety of negligence cases in all types of personal injury, product liability, and wrongful death matters. "It is an incredible opportunity for me to work alongside and learn from such a talented and devoted attorney like Randy (Reinhardt)."  Chad also provides effective and knowledgeable legal representation to drivers in need of an experienced traffic ticket attorney throughout the Southeastern Wisconsin area and beyond.

Outside of the office, Chad serves as an Appellate Court Judge for the Oneida Nation and other Indian tribes throughout the state.  Chad remains focused on his professional growth and development as an active member of the Wisconsin Association for Justice, the Milwaukee Bar Association, the Wisconsin Tribal Judges Association, and the State Bar of Wisconsin.

Chad brings with him a passion for fearlessly serving people in the community and his unique professional background will benefit anyone who works with him.

He spent three years in the Army as an infantryman during Operation Desert Storm. He was then hired as a City of Milwaukee firefighter and joined the Wisconsin Army National Guard as a UH-60 Blackhawk Helicopter pilot. Chad was forced to make a career change after he suffered a severe neck and back injury while working as a firefighter. He was hired in 2006 as an airline pilot flying 70-seat passenger jets first for Delta Airlines and then Midwest Airlines. However, when Midwest Airlines was purchased and dissolved, Chad decided to return and finish his education.

While a student at Marquette University Law School, Chad was selected as a "Top 40 National Finalist" for the Minority Corporate Council's Lloyd M. Johnson Scholarship. He was president of the Native American Law Students Association, a member of the Multicultural Law Students Association, and a member of Marquette's Sports Law Review. Additionally, in his final year of law school Chad worked as research assistant to Professor Jay Grenig for two semesters.

In addition to his classwork and extracurricular activities, Chad volunteered for the Sojourner Family Peace Center delivering food and gifts to the homes of victims of family violence. He also volunteered at Interfaith Older Adult Programs doing yard work, snow shoveling, and other handyman work for senior citizens in and around his neighborhood.

In 2009 Chad graduated from the University of Wisconsin-Parkside Magna Cum Laude with a B.S. in Sports Management. He was named UW-Parkside's Outstanding Graduate for 2009, which is the highest honor given to a graduating senior. He grew up in Milwaukee and graduated from Cudahy High School. He got his first taste of personal injury work in high school while working as an office aide at a prominent Milwaukee personal injury firm. Chad now lives in Greenfield with his wife, Anna, three sons, George, Henry, and Teddy, and three dogs. In his free time he enjoys golfing, running, coaching youth sports, and spending time with his family. 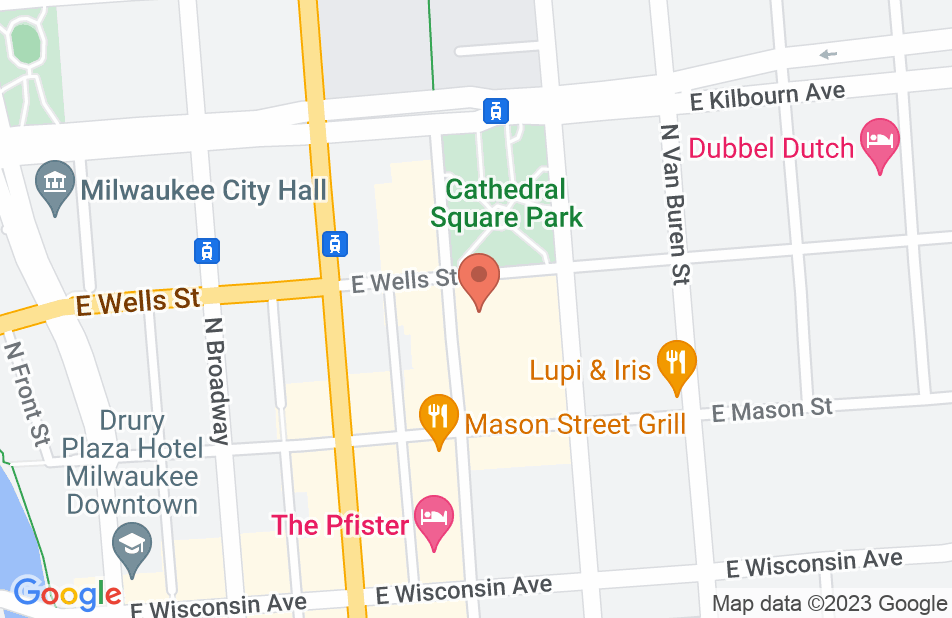 I highly recommend Chad Hendricks. He is an excellent attorney who is both caring and efficient. He took care of everything for me and obtained a substantial settlement in a car accident.
This review is from a person who hired this attorney.
Hired attorney

Chad helped me with a speeding ticket. I originally had 4 points taken off my license and he got it down to 0. Through the whole experience he was very reassuring and answered any and all questions I had right away. He was very knowledgeable and knew exactly how to handle the situation professionally. Chad kept in touch with me regularly to keep my posted on how the situation was going. I also felt very comfortable talking to him and trusted him to get the job done well. I would definitely recommend Chad and will go to him again if need be.
See all reviews

I recently worked with Chad as opposing counsel on a personal injury matter. He was very professional and courteous throughout the case, and did a great job advocating for his client throughout. I hope to work with Chad again in the future!

Chad is an excellent attorney. He has an eye for detail and he refuses to settle for anything less than the best for his clients. I endorse this lawyer.

I strongly endorse Attorney Hendricks. He is a passionate and thorough attorney whose commitment to quality representation and dedication to his clients is hard to match. He is detail-oriented and will leave no stone unturned to ensure that his clients receive the best possible outcome for their case under their circumstances. When I refer clients to Attorney Hendricks, I know they're in good hands.

Attorney Hendricks is a respected, knowledgeable, and well-spoken lawyer who consistently achieves exceptional results for his clients. He has the experience and know-how to effectively handle even the most complex cases. I endorse this lawyer.

Chad is a hard-working and motivated lawyer who knows how to get results. He truly cares for his clients and takes his role as a trusted advisor very seriously. His sharp intellect is only matched by his tenaciousness.

I endorse Attorney Hendricks. He is a consummate professional and extraordinarily hardworking. He navigates the challenges of the legal system with ease. His clients can trust that he is looking out for their best interests.