Jack is a partner at the law firm of Baxter James & Rose, LLP, where he supervises the firm’s criminal defense cases, and has worked almost exclusively in the area of criminal defense since before graduating from law school. His previous work experience includes working as a Certified Intern with the Marion County Public Defender’s Agency. He has represented clients in 28 of Indiana’s 92 counties. He is also licensed to practice in both federal courts located in Indiana as well as the Supreme Court of the United States.

Socially, Jack is an active member in good standing with Mystic Tie Lodge #398, Free and Accepted Masons, the Indianapolis Valley of the Ancient and Accepted Scottish Rite, the Columbia Club in downtown Indianapolis, and attends services at St. Gabriel the Archangel Catholic Parish, where he has previously served as a member of his Parish Pastoral Council. He’s also a baseball fan and a bowler.

Jack currently lives in Greenfield, Indiana, with his wife, Erinn, and their dog, Krypto. 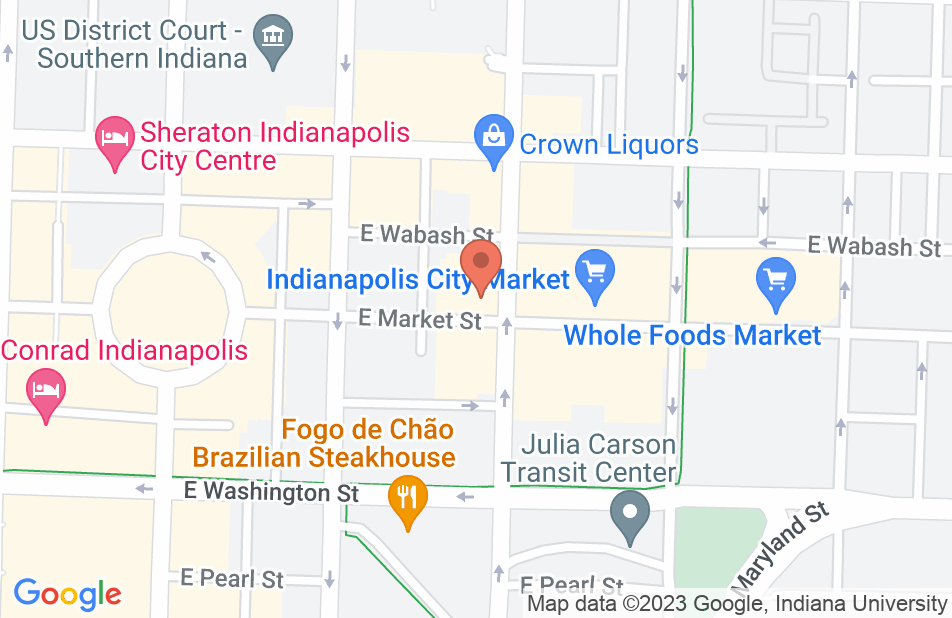 Best Lawyer in the World - as far as I can tell

Mr. Razumich has handled my case outstandingly. He was right on the ball when I had questions, got everything filed in a timely manner, and kept in contact with me. His paralegal, Kathryn, was also incredibly helpful. I am confident that we will get the best possible legal outcome, and I feel like I know what to expect during this daunting experience.
This review is from a person who hired this attorney.
Hired attorney

I highly recommend Mr Razumich as he was very knowledgeable in helping me resolve my issue. I have used him twice now would use him again in the future if ever needed. Reasonable rates, professional and gets the job done.
This review is from a person who hired this attorney.
Hired attorney

Amazing Attorney helped me stand up against corruption

I contacted John Razumich after having been arrested for "Disorderly Conduct" for not voluntarily exiting my vehicle when an officer requested to tow it illegally from a private parking lot after a traffic stop for expired tags. In a situation where I was stopped out of state, have no prior arrests, tried standing up for myself, I had my civil liberties violated by several Wayne County Indiana Sheriff's Deputies who destroyed my personal video of the incident, treated me with complete disrespect, including making verbal comments concerning my marital status (single), using excessive force causing physical harm to my body (while I was not physically resistant at any point), ignoring local laws which were cited to the officers. Once in custody, several additional rights were violated of mine, including: Not permitted to call an attorney, even though I asked more than once; not permitted to make a phone call; given medical request forms in Spanish instead of English; etc. As a result of not being able to make any outgoing phone calls, I lost my job due to not being able to call off work. When I contacted Mr. Razumich, I had very few resources and less than 2 weeks before my court date. John was amazing! He took the time to really listen to me and processed my case, even though it was out-of-county. He worked with me on an affordable solution to my payment plan. I didn't feel comfort trusting local representation due to the misconduct of the officers involved in my case. John was a breath of fresh air! Without his help, there would not have been a light at the end of my tunnel. He refused to be bullied by the "backwoods brotherhood" in Wayne County and provided me the representation I needed. I would definitely recommend John Razumich to anyone who is deserving of a good defense!
This review is from a person who hired this attorney.
Hired attorney

I contacted John after facing underage drinking charges in the summer of 2015. Being from out of state, I was very concerned with how difficult the process was going to be. John was very timely and thorough throughout every email and phone call. I was able to have all of my charges dismissed and eventually expunged from my record. Choosing John to represent me was the best decision I have ever made and I will not hesitate to recommend him to anyone who is in need of legal help.
This review is from a person who hired this attorney.
Hired attorney

Me and my friend got a public intoxication and disorderly conduct and we didn't know what to do. Especially for me cause I'm just a J1 holder and I'm new here in the united state. Then we got john razumich as our lawyer and told him about our situation and he told us not to worry cause he's gonna handle it. And he did! My friend only got a 12 hours AA class and I got 24 hour community service. Thank you john.
This review is from a person who hired this attorney.
Hired attorney

Did everything to minimize and help out about my case. always on top. I highly recommend attorney Razumich.
This review is from a person who hired this attorney.
Hired attorney

I have had the opportunity to work with John Razumich this year and last. In each case he was quick to assist, kept a good line of communication, and great on follow-up. John was very knowledgeable in my issue and was quick to help explain to me the laws and my rights in these issues. When shopping for attorneys I found that John’s prices to be very reasonable if not a bit more affordable than other attorneys. I have since recommended him to three of my friends all who have been more than satisfied. If you are shopping for attorneys, please take the time to call John.
This review is from a person who hired this attorney.
Hired attorney

I have needed the services of John Razumich, Attorney, several times over the last 5 years. John far exceeded my expectations on end results, impeccable follow-up with me and attentiveness, I was especially impressed and grateful with how John worked with the courts and its personnel. It became quickly evident he was well respected, known and liked. If your are seeking a highly skilled, attentive attorney John Razumich is that attorney. I can't say enough good things about him and how he worked to achieve positive results for me and my family. Robert G.
This review is from a person who hired this attorney.
Hired attorney

I was such a pleasure working with the Mr. Razumich. He was been nothing but professional, knowledgeable, and just awesome. His team was extremely informative about the entire process, He followed up with me on a regular basis, and replied to all my questions and emails in a prompt manner (which I greatly appreciated!). Without him, I’m not sure what I would have done. I highly recommend his firm. Thank you, Stephen
This review is from a person who hired this attorney.
Hired attorney

I am a stranger who sought out John via AVVO. I called up John the Wednesday before Thanksgiving, late in the afternoon. I had a question about a licensed Indiana driver and the implications a DUI in Illinois would have on her. John gave me great advice. He was intelligent, professional, and polite. I am so glad I contacted him. While I suspect he had better things to do with his time, I extended the professional courtesy with quality information and I greatly appreciate it. I hope to repay the favor one day!
This review is from a potential client who consulted with this attorney.
Consulted attorney
See all reviews

I fully endorse Mr. Razumich. He is extremely knowledgeable in all areas of criminal law. He truly cares and is always willing to go the extra mile for his clients. You will not be disappointed.

I endorse this lawyer. We are member of the same lawyer educational group. He is a valuable member of that group.

John is much more than THE BEST criminal law attorney in Indiana. He is a leader in criminal law and procedure on a national level. He advises and mentors other criminal law attorneys from all over the country. His command of the ever evolving law, coming from his vast personal, business, computer, and entrepreneurial experience, is truly amazing! He is passionate and committed to making a difference for his clients. John truly cares about people! This sets him head and shoulders above the rest. John is truly a Super Lawyer.

I endorse this lawyer. He is knowledgeable on the law and is a great advocate for his clients.

John, is highly respected in the legal community. I endorse this lawyer.

An aggressive attorney who represents clients well. I endorse this lawyer.

I endorse this lawyer. He is a good trial lawyer with a firm grip on justice. He advocates aggressively for his clients.

I strongly endorse John. Highly respected in the legal community with an outstanding reputation for client advocacy and dedication.

I endorse this lawyer. He is a great Defense Attorney.

I've referred clients to John in the past. He has a well-deserved reputation as an excellent attorney. I recommend him highly.