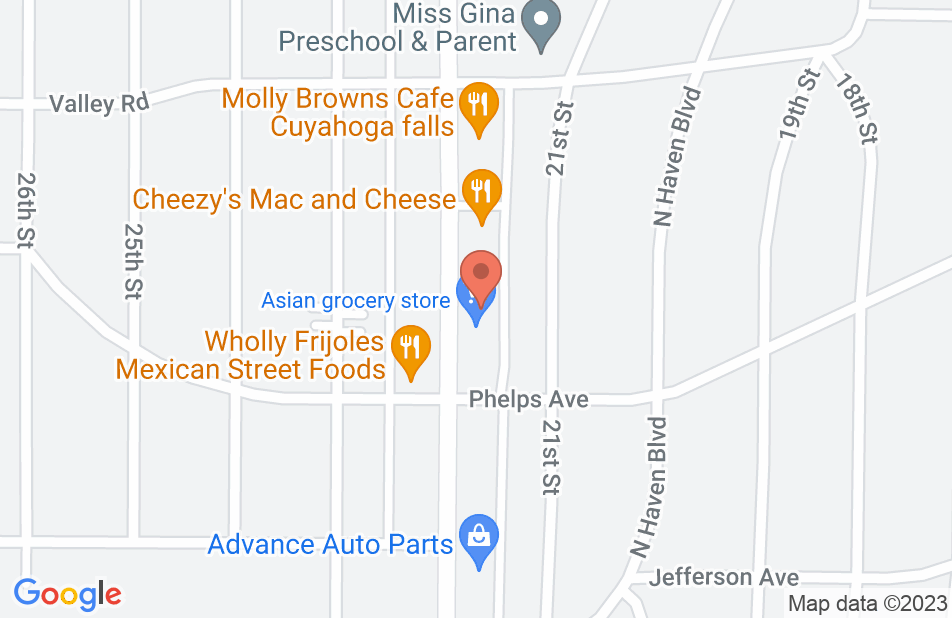 Best in the Business

I retained Attorney Malek for a first degree DV charge. Her and her staff made sure that no stone was unturned to ensure I was given the fairest outcome. As this was my first run in with the law, Attorney Malek was able to get my charge pled down to Disorderly Conduct, a 4th degree misdemeanor. I cannot say enough good things about Linda and her staff. They are always available when you need to speak and will not keep you in the dark about the legal process! She is a god send!!
This review is from a person who hired this attorney.
Hired attorney

Saying my expectations were exceeded would be an understatement. A few months ago, I found myself in a high stress legal situation and was feeling helpless. A mutual friend of mine that had recently finished up with a similar case, happily sent her my way. He could not say enough good things about Ms. Linda Malik, and had me convinced that she was without a doubt the best option for me. I was given Miss Malik’s phone number and called her that evening. When the conversation began, My stress level and anxiety were through the roof as I frantically tried to explain the situation to her. She was a blessing in disguise because within about 5 to 10 minutes of our initial conversation, she had me feeling good about the situation and the fact that we could overcome it together. I believe the difference between Linda and other lawyers is that Linda cares about each case personally and treats her clients like family rather than people in business together. The court case ended up being about a nine month process From start to finish, and Miss Malik would call me frequently and update me about the situation and how to proceed. As a busy college student with a hectic schedule, the last thing I needed to worry about was a legal case, and Miss Malik was the reason I could stay levelheaded. We came out on the winning side of the case and the relief was overwhelming. I am forever grateful for Linda and her firm, And would very highly recommend her to anyone in a tight legal situation. Thank you again to Ms Linda Malek and her team.
This review is from a person who hired this attorney.
Hired attorney

Linda and her soon to be partner James are some of the most knowledgeable lawyers in northeast Ohio. They work together as a team and communicate all their ideas to make sure that every valuable detail is included in the court. I am blown away at how great of a lawyer Linda is and I am not one to get on and write reviews about businesses, but I had to share my experience working with her because people need to know that Malek Law Firm is the BEST place to reach out to if you need a lawyer. 10 out of 5 stars from me. Take my word when I say the best lawyer in Ohio.
This review is from a person who hired this attorney.
Hired attorney

I was facing a reckless operation charge and the very real possibility of losing my drivers license. I hired her based off of reviews I seen and her fantastic personality. She is very good at what she does and got my offense reduced down to a minor speeding ticket when I clearly deserved a higher charge. Her prices are fair and she’s very professional. Spend the money and hire her, I’m very thankful I did.
This review is from a person who hired this attorney.
Hired attorney

She is AMAZING! Worth every penny!

I wanted to thank Linda for all the hard work on my case. She is worth every penny! I was facing come bad times ahead and she worked it out to great plea deal and it has let me keep my driver’s license and with really low fines! THANKS AGAIN!
This review is from a person who hired this attorney.
Hired attorney

Hiring Linda Malek of Malek Law Firm LLC was one of the best decisions I’ve ever made. She is exceedingly intelligent, prudent, professional, personable, and tenacious. Her office representatives were communicative and attentive. Several months ago, I was charged with three felonies related to the possession of a Schedule II narcotic (cocaine) in Northeast Ohio. These were serious charges and I thought my life would be over. Linda was highly recommended by a friend, and she came to my first court appearance on short notice. My bond was set, and I was immediately released, thanks to Linda’s efforts; the court officers told me they were very surprised that I was released immediately and on such a low bond. Linda got my misdemeanor dismissed right away. After several court appearances and hearings, Linda was able to get my third-degree felony dismissed. Somehow, she procured the best deal imaginable for me: ILC that would expunge all convictions after 12 months. It’s clear Linda thoroughly knows the criminal defense and court systems. I do not fully understand how she was able to provide me this best-case-scenario resolution, but I cannot recommend her services enough to anyone else who faces criminal charges.
This review is from a person who hired this attorney.
Hired attorney

Linda is the BEST!!

Linda is truly an incredible lawyer. I was referred to her by another lawyer, who wasn't able to take my case, which turned out to be the best thing that could have happened for me. I was originally facing federal charges and Linda was able to get reduced down to a level where I received NO JAIL TIME! She is dedicated, intelligent, thorough, concise, and hard working. She leaves absolutely no stone unturned and will work tirelessly to win. She's an amazing person overall and I'd refer her to anyone I care about. If you want the best possible results that you can get she should absolutely be your first choice! She is the by far the best lawyer that money can buy. Thank you Linda!!!!!!
This review is from a person who hired this attorney.
Hired attorney

Positive: Professionalism, Quality, Responsiveness, Value My experience with Linda was exceptional. Very professional and no nonsense! I would recommend them to anyone who was in my situation. Having never got in trouble before I was very nervous on how things would go for my case. Linda got my HIT SKIP dismissed and received the lowest fine possible for just following to close. Thank you so very much for your time and quality of service!
This review is from a person who hired this attorney.
Hired attorney

Linda Malek and her team did an amazing job and i would recommend her to anyone. I was charged with a DUI and in a terrible position. Linda was easy to talk to and made me feel confident that she could get a good result. She was honest and communicated with me well. I was obviously intoxicated and did not have much hope that I would get a good plea deal. I was able to plea down and did not get an OVI. Also instead of my license being suspended for one year for refusal, I got my license back when I signed my plea deal. I got a better outcome then I could have imagined. Additionally, the courts were closed down because covid-19, but Linda still got me in front of the judge. She made it a virtual meeting and made signing made plea deal very easy. I can honestly say Linda is an exceptional attorney and is a great choice to represent you.
This review is from a person who hired this attorney.
Hired attorney

I had my first run in with the law and it was a big first charge (1st offense OVI). I was extremely nervous and anxious but Linda and her team made me feel like I stood a chance. Linda was very upfront and worked through my case, explaining every step of the way. I felt at ease, when I was able to text her or anyone on her team with questions and concerns, at any time. After long negotiations, Linda was able to negotiate down to a physical control charge! I can not thank Linda enough!
This review is from a person who hired this attorney.
Hired attorney
See all reviews

I endorse this lawyer. Linda is a very knowledgeable, skilled attorney that fights hard for her clients. She leaves no stone un-turned and will do whatever it takes to get the best possible result for her clients. She is well respected by her peers and the courts, I would recommend her to everybody!

Troy Parrish, DUI and DWI Attorney on May 2, 2017
Relationship: Fellow lawyer in community

Outstanding attorney! Spends the time, energy and money required to get the best, advanced level training to represent her clients. Knowledge, skill and determination is what you get when you hire Ms. Malek.

I highly endorse this lawyer. I have known Linda for many years. She truly fights hard for her clients!!! I feel sorry for opposing counsel, she never gives up! She continues to better herself by taking additional education any chance she gets. She is very knowledgeable and I would recommend her to anyone I know! It is always a pleasure working with her, hell when you are against her.

Great attorney! I attended the DRE overview course with her. She's the go-to attorney for OVI defense!!

I endorse this lawyer. I was involved once in a case she was handling and her preparation was incredible and her dedication to her client was unsurpassed.

Linda is a top notch attorney who works tirelessly for her clients. She' always prepared and responsive. I enjoyed working with her as opposing counsel on several matters.

Jonathan Sinn, DUI and DWI Attorney on Jun 9, 2016
Relationship: Worked together on matter

I endorse this later. Linda is a great lawyer. She is my top competition because she is constantly sharpening her skills. We both practice OVI law and she is constantly doing the impossible. I highly recommend her.