I have been providing excellent representation to clients in state and federal courts since moving to Nashville more than 18 years ago.  After completing law school at Duke University in 1999, I joined the Office of the Public Defender, where I advocated for clients from General Sessions Courts to the Tennessee Supreme Court, earning numerous verdicts of not guilty.  From 2004-2010, I served as an Assistant Federal Public Defender in the Middle District, earning numerous dismissals and verdicts of not guilty in federal court.  In 2010, I entered private practice as a partner at Jones Hawkins & Farmer, PLC, where it was my privilege to work with some of the finest lawyers in the country.  I began my own law practice in downtown Nashville in 2015, where I continue to fight hard for my clients, in cases ranging from misdemeanors to the most serious felony cases and investigations. 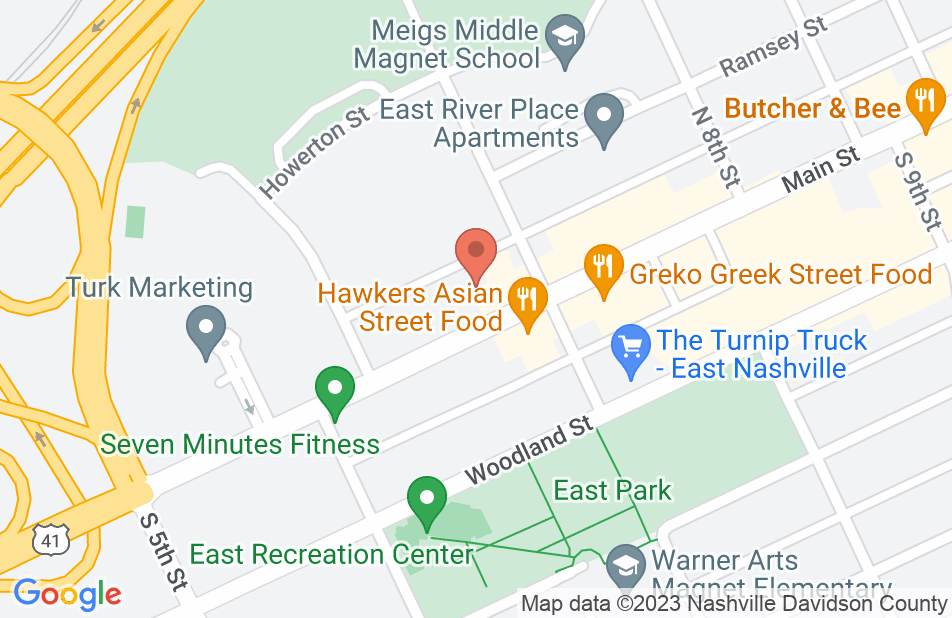 I meet this man back in 2004 when he was just staring with the federal public defender office... this man listened to my qustions and answered them all... i recommend this attorney to anyone no matter what you may have done or not done.... jay you are the best my friend
This review is from a person who hired this attorney.
Hired attorney

His expertise and professionalism greatly impressed me at first contact. I was in the hospital and texted him an overview of my case. He promptly researched and prepared a very successful petition, which resulted in complements from the Judge. I would HIGHLY RECOMMEND Jay Steed to anyone without any reservations
This review is from a person who hired this attorney.
Hired attorney

Incredible At What He Does

Throughout the process, Mr. Steed exuded professionalism and experience specifically with regard to my case. He was thorough yet succinct, confident but not overbearing, and he was kind enough to go through the many options we had to choose from. I wouldn't hesitate to recommend Mr. Steed for your case.
This review is from a person who hired this attorney.
Hired attorney

A lawyer that cares

I had a run in with the law one night when i was in downtown nashville and i was arrested for assault. I was referred to Jay from a family friend. The moment i contacted Jay he made me feel very confident that he could help me. I was not disappointed. Jay was very professional and made a uncomfortable situation very easy for me. The outcome was exactly what i wanted and was very satisfied with the whole process. The case was dismissed and expunged. I would HIGHLY RECOMMEND Jay Steed to anyone!
This review is from a person who hired this attorney.
Hired attorney

Mr. Steed got my case dismissed! I highly recommend him; he is professional, easy to work with, responds quickly to concerns and questions, and made sure I was informed every step of the way.
This review is from a person who hired this attorney.
Hired attorney

Mr Steed is very committed to his clients. He met with me on a Saturday due to my work schedule and kept me very informed throughout the entire process. I am very happy with Mr. Steed's representation and thanks to him I am now a free man. I would highly recommend Mr. Steed
This review is from a person who hired this attorney.
Hired attorney

Couldn't have asked for a better lawyer!

I could not have asked for a better lawyer than Jay Steed! Even though my case wasn't nearly as serious as some of his other cases, he still treated it with just as much importance. Jay helped me every step of the way, and went above and beyond to get my case expunged and cleared from my record. I would recommend Jay 10/10 times.
This review is from a person who hired this attorney.
Hired attorney

We hired Mr Steed for a case in middle TN that was complicated by a probation violation in a different county. Mr Steed worked very hard on this case, doing extensive research. He was more than willing to go the extra mile for his client. Mr. Steed's intellect coupled with his extensive experience makes him an excellent choice for representation. He genuinely cares for his client and he does everything possible to make certain his client gets the best outcome possible! We are forever grateful for his hard work and dedication.
This review is from a person who hired this attorney.
Hired attorney

Jay is a fantastic attorney who works extremely hard on behalf of his clients. I hired him for an assault charge and his real value came in the work he did before I even stepped a foot in court. Jay really goes beyond and lays the ground work for a favorable ruling. In this case, we were able to get the DA to completely dismiss the case. I would hire Jay again in a heartbeat if I needed his services.
This review is from a person who hired this attorney.
Hired attorney

I Hired Mr Steed after reading his resume on here and im glad i did! He kept us informed through this nightmare an helped to ease my mind. I feel he gave his best incourt and seemed to truly care, I HIGHLY RECOMMEND!!
See all reviews

I endorse this lawyer. He is among the finest lawyers in Nashville.

I have had the pleasure of working with Mr. Steed on several complex criminal cases and look forward to working with him again. He is well prepared, fully understands legal issues and is sensitive to the difficult issues facing the client. Mr. Steed is cognizant of the collateral consequences stemming from criminal accusations and convictions. He is a zealous advocate and talented litigator. I would turn to Mr. Steed if I were charged with a crime.

I would endorse this lawyer, without reservation, to even my closest loved-ones. He knows criminal law and zealously advocates for his clients.

I highly recommend this lawyer. Jay Steed is inarguably one of the best criminal defense attorneys in the entire state. Especially if you're headed to trial, there is no one who will represent you more effectively. I endorse Mr. Steed without equivocation.

I endorse this lawyer. Qualifications mean everything, and Mr. Steed is highly qualified to defend his clients.

An attorney that is great at what he does and knows the law. I endorse this lawyer.

Robert Gilligan, DUI and DWI Attorney on Jan 6, 2015
Relationship: Other

Jay is one of the most zealous and legally brilliant advocates a criminal defendant could hope to have.

I endorse this lawyer with no reservation. An extremely talented and well respected attorney in the legal community. Very hardworking and diligent. Consistently achieves superior results. Advice is always practical and on point. I recommend to anyone looking for an attorney who knows the law and truly cares about protecting the rights of clients and achieving the most favorable result possible.

William is an extremely talented and respected attorney in the legal community with a well earned reputation for being a fierce warrior in the courtroom. I wholeheartedly recommend him to anyone looking for a lawyer who truly cares about protecting the rights of his clients and getting them the most favorable result possible.

I endorse this lawyer. As is apparent by the advice given in this forum, he is an extremely knowledgable attorney!

I endorse this attorney. He is a skilled and well respected attorney in the legal community.

The people of Nashville have a fine attorney in William Jordan Steed III. I hope to visit Nashville one day and if I should find myself needing a criminal defense attorney, Mr. Steed's office will be my first call.

I endorse William. Excellent knowledge of criminal law. As a former public defender he has had daily court experience for many years. Experience matters. I would highly recommend you do yourself a favor and schedule a consultation with him first if you are in or near Nashville.

Mr. Steed is a highly respected member of the legal community in and around Nashville in the area of criminal defense. Supremely educated, well versed, a fighter, and someone who truly cares about his clients. If I personally had a legal issue in Nashville, I would call on Mr. Steed.

I endorse this lawyer. Very intelligent and quick on his feet. I would highly recommend this attorney. He is well respected in the community.