Your case. My mission.

Robert Gilligan was raised in Waynesville, NC, and earned an honorable discharge from the U.S. Air Force in 2009.  Robert attended Wayne State University Law School in Detroit, MI, where he was highly involved in the University’s law student groups, being the Dean of the Delta Theta Phi chapter, Treasurer of the Environmental Law Society, and President of the Law Student Veteran’s Organization. Robert interned with the 3rd Circuit Court, Family Division, and later worked as an associate for a number of solo practitioners in the Metro-Detroit area practicing in areas of law ranging from bankruptcy to criminal defense before relocating to relocated back to Waynesville, NC.  Robert's practice areas include family law, criminal defense, and estate planning. 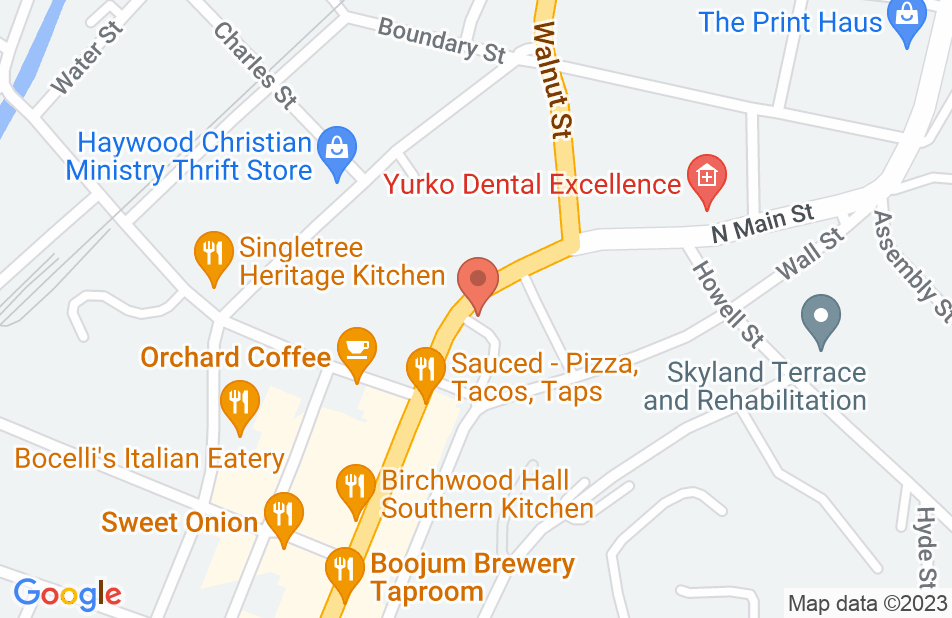 My interactions with Robert Gilligan were excellent. He returned my calls very promptly and discussed my case at length. He was able to walk me through the process and give me potential outcomes. This was a great experience to an otherwise bad situation. Thank you!!
This review is from a person who hired this attorney.
Hired attorney

I called the firm after screen on-line for someone. Robert Gilligan, the managing partner, answered the phone himself. I'd called out of the blue to ask about research or a referral to someone that could competently research records at the county courthouse on my behalf. I was impressed that not only did he personally answered the phone on his way out for a hearing but also with his kind, direct manner. After listening to what i was trying to accomplish, he said: "no problem, i'm heading over there anyway for a hearing and will take a look." An uncommonly accommodating thing. He called back within a few days and personally provided details I'd not otherwise have been able to accomplish, even if i'd appeared myself. Polite, responsive, listens well, and understands the interpersonal nature of how things really work - I recommend this gentleman.
This review is from a potential client who consulted with this attorney.
Consulted attorney

We needed an attorney for our daughter. We highly recommend Robert. He responded to our call and met with us the same afternoon and explained all our options in detail. He was very knowledgeable and we felt very confident with his advice. He truly is a very down to earth, honest person.
This review is from a person who hired this attorney.
Hired attorney

Mr. Gilligan was very helpful in addressing my situation. He made sure to provide great service at a great price. Definitely recommend.
This review is from a person who hired this attorney.
Hired attorney

Mr. Gilligan was very professional and always helpful with all my legal needs. Very nice guy.
This review is from a person who hired this attorney.
Hired attorney

Mr Gilligan provided prompt help when I needed it most! He is extremely knowledgeable and down to earth. His price was fair, and his service exceeded my expectations. Would recommend!!
This review is from a person who hired this attorney.
Hired attorney

DSS, acting on an anonymous call making false and baseless allegations, had swooped in and ruined a family vacation. Traumatizing everyone and basically quarantining our 4 year old grand daughter. Spent 4 frantic days calling a litany of lawyer offices, leaving voicemails that never got returned. Waiting and worrying that I should be doing something proactive but not knowing what. I mean your in a state of absolute shock. Mr. Gilligan called me back within 5 minutes, WOW... He spent the next hour patiently answering all my questions and laying out all my options. Legalese was kept at a minimum, any being thoroughly explained. His experience in these matters was amply evident. I'm still worried as i wait, who wouldn't be after reading all the negative press on the DSS (I know its not all negative, the intent to keep children safe is acknowledged and heroic), but after the consult with Mr. Gilligan, the worry of not knowing what I should or should not be doing is gone, and knowledge of what to likely expect, is much clearer. Competitive rates in my opinion, I'd recommend him highly.
This review is from a potential client who consulted with this attorney.
Consulted attorney

Attorney Gilligan is easy to work with and knowledgeable about the laws. I am one excited person for the outcome he was able to work out for me. I am so Thankful for his help and will be passing his name out to anyone needing a hardworking, great attorney. Again THANK YOU

I highly recommend Mr. Gilligan for anyone who needs a hard working, great attorney.

Robert Gilligan was very knowledgeable about the laws and very helpful with the advise he gave to me about my case. I will be giving out his name to anyone hunting a great hard working lawyer. I thank him so much for the great outcome he was able to work out for me.

I hired Robert Gilligan to represent me on a number of different issues, and have been thrilled with his representation of me each and every time. Robert Gilligan is the lead attorney for the Minick Law Office in Waynesville, NC, and has worked on cases for me in practice areas including civil litigation, estate planning, and family law. I have also referred him to family friends who had criminal issues, and he worked very hard on their cases. I always felt like he listened to what I had to say, and that he worked with me to figure out the best solution for my issues. He is religious about returning phone calls, and I wasn't surprised by his bill. Frankly, he probably should have charged me more! If you are looking for an attorney who will work hard for you, return your calls, and help you through the process of litigation, I recommend Robert Gilligan in Waynesville over all others!
See all reviews

I am impressed with Mr. Gilligan's thoughtful advice and answers to legal questions on Avvo. He has an in-depth understanding of the law and an ability to communicate legal concepts clearly and effectively. I endorse this lawyer!

I endorse this lawyer. Smart attorney, always respectful to everyone involved and made resolving cases possible.

Gintaras Krulikas, DUI and DWI Attorney on Nov 18, 2015
Relationship: Worked together on matter

Lance Williams, DUI and DWI Attorney on Oct 15, 2015
Relationship: Worked together on matter

Morgan Smith, Divorce and separation Attorney on Jul 28, 2015
Relationship: Other

I endorse this lawyer. Attorney Gilligan is a fellow attorney who takes the time to answer questions and helps others. We need more attorneys like him in private practice.

Robert is one of the most intelligent young attorneys I have come across in some time. His knowledge in DUI and family law is second to none. His work ethic has blown me away. I endorse this lawyer.

Jill Rogers, Divorce and separation Attorney on Feb 18, 2015
Relationship: Other

I highly endorse this lawyer. I admire his knowledge and dedication to his clients.

Blake Marcus, DUI and DWI Attorney on Nov 26, 2014
Relationship: Worked together on matter

Rob is well versed in a variety of legal fields.

James Minick, DUI and DWI Attorney on Nov 20, 2014
Relationship: Worked together on matter

Rob grew up in Waynesville and has a strong presence in the legal community of western North Carolina.