I grew up in Hillsborough County and graduated from Plant City High School. After high school,  I joined the Marine Corp. After the Marine Corp, I attended College at the University of South Florida where I graduated with a Bachelor of Science in Biology, was on the Dean’s list and a member of the Gold Key Club. I then attended Nova Southeastern University in Fort Lauderdale where I graduated in the top 15% of his class (Cum Laude). While attending law school, I made the Dean’s list and received a Book Award. I was also a member of the Hispanic Law Student Association, American Bar Association and a volunteer for Reading for Life. During his tenure at Nova Southeastern, I worked as a law clerk for Boose, Casey, Ciklin, et al. in West Palm Beach dealing with family law, contracts and securities issues, and for the Law Offices of Asnis, Srebnick & Kaufman in Sunrise, FL, where I managed an entire pre-litigation claims department for personal injury victims. After law school graduation, I worked for the Youngblood Law Firm in Tampa, Florida as an Associate Attorney representing victims in State and Federal Court in personal injury and medical malpractice claims.  I then became an Assistant Public Defender for the 13th Judicial Circuit wherein he represented defendants accused of criminal acts in misdemeanor, felony and traffic courts. Thereafter, I opened his own law practice in Historic Hyde Park and have utilized his prior experiences to obtain successful outcomes for his clients. 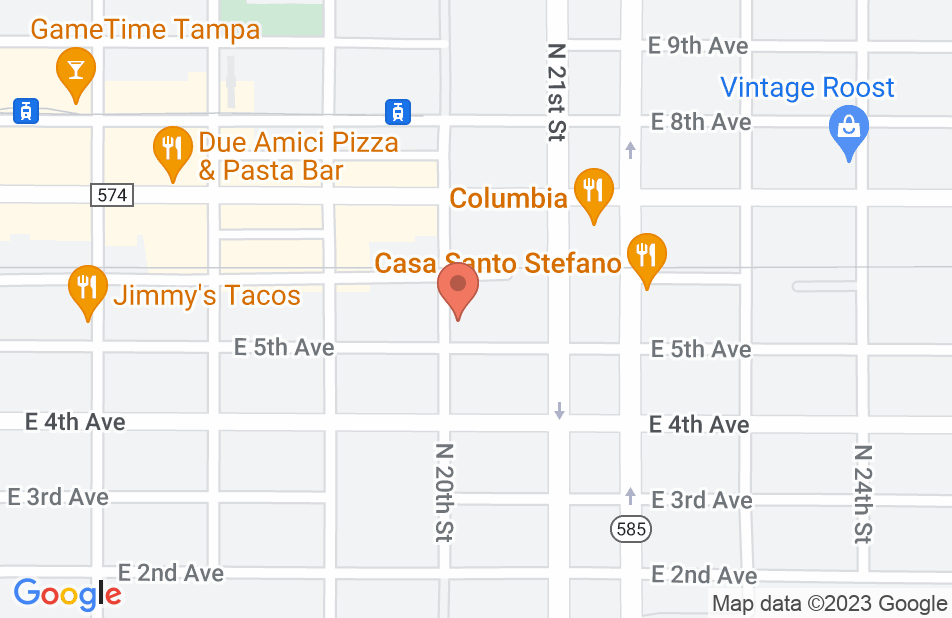 I was Involved in a car accident in accident in May of 2018 in St. Petersburg FL where a car ran the stop sign and I ran into him. I injured my neck and back. I called Armando and his team. He was able to meet with me personally and right away and he's never hard to get a hold of. He helped me find medical care to help me with my injuries. Once I got better the insurance company didn't want to pay me for my injuries. Armando and his team had to file suit and take the insurance company and the other driver to court. We were able to agree once the insurance company paid the maximum amount under the policy. Thank you Armando and team! You guys are great!
This review is from a person who hired this attorney.
Hired attorney

I was involved in a car accident with my friend in plant city. It was not our fault but we were rear ended by car. I was referred to Armando by a friend! I called him and met with him that same day. He went over the process and what to expect and help me find medical care. Armando was able to make a recovery for my injuries without going to court! I’m very happy with his services and his firm. Call Armando if you need immediate help with a car accident!
This review is from a person who hired this attorney.
Hired attorney

I was involved in a car accident with my brother. We were rear ended by commercial truck. I was referred to Armando by a family friend and was happy I was! I called him and met with him that same day. He was very helpful and through.
This review is from a person who hired this attorney.
Hired attorney

I was involved in a car accident in feb 2019 that was not my fault. I was referred to Armando Personal Injury Law. I called and actually was able to speak directly to Armando. He came out to my house since my car was totaled and helped me report the claim and get medical help for my injuries. He made me feel comfortable and was available whenever I needed him. We were able to reach a resolution to my case without having to file a lawsuit! I was very happy with the outcome!
This review is from a potential client who consulted with this attorney.
Consulted attorney

Was injured in a car accident and one of our friends recommended Armando to us. He is very good at explaining exactly what you need to do to get the most out of your claim.
This review is from a person who hired this attorney.
Hired attorney

I was referred to Armando and I'm very glad I chose to go with him! He makes sure to meet expectations and truly cares about his clients needs.
This review is from a person who hired this attorney.
Hired attorney

I got into a car accident as a passenger. It was a high speed collision where the driver of the car that I was in turned left and violated a cars right away. I suffered significant injuries to my body. I was referred to Armando. I called Armando and he met with me at a time and location that was convenient for me. He was easy to work with , helped me report the claim and get medical help. It took 12 months to get through the process but I'm glad I called Armando. We settled my case for maximum value .
This review is from a person who hired this attorney.
Hired attorney

I got into a car accident where I was a passenger. It was not a high speed accident but I still suffered significant back and neck injuries. I was referred to Armando by my mother. He had represented her on a slip and fall which had to be litigated. I called Armando and he met with me at a time and location that was convenient for me. He was easy to work with , helped me report the claim and get medical help. It took 11 months to get through the process but I'm glad I called Armando but I'm very happy I did. We settled my case for a very fair amount.
This review is from a person who hired this attorney.
Hired attorney

Armando goes above and beyond. Even settled for greater than anticipated. Kept me up to date throughout the whole process. I would recommend him to anybody
This review is from a person who hired this attorney.
Hired attorney

I wish I could give more stars!

Armando and his team where so great to my grandparents that recently got into an accident January 2019. They made the process very easy without any added stress for them. Since they are older he was great with explaining how the process worked and made sure they were getting the medical attention they needed. If you are looking for a great attorney look no further and know you are in the best hands!!! Thank you very much for taking such good care of them!!
This review is from a person who hired this attorney.
Hired attorney
See all reviews

I had many cases against Mr. Edmiston while at the SAO. He is an outstanding attorney who vigorously represents his clients.

I have had the pleasure of knowing this lawyer for sometime now, he is always professional and willing to share his knowlege with his fellow lawyers.

I endorse this lawyer. Diligent, intelligent advocate held in the highest regard.

Armando and I worked together on numerous cases and trials at the beginning of our careers. He always had a knack for finding issues most other attorneys ignored. He's incredibly hard working and is one of the few attorneys I've met who takes as much pleasure in hammering State Attorneys and fighting the system as I do. I would trust Armando to represent my friends and family and regularly refer cases to him, as he makes me look good for doing so.

Mr. Edmiston is quite knowledgable about the law and knows how to position his cilent's case to maximize recovery. I endorse this lawyer.

Not enough can be said about Mr. Edmiston as a colleague, a friend, and a mentor. Without fail he exemplifies the requisite character and competence that our profession as attorneys demand. The dedication, perseverance, and desire to zealously advocate for his clients are truly inspiring attributes. His ability to fiercely and effectively litigate before judges and juries rivals the skill sets our senior colleagues have worked so hard to achieve over the years. Those he represents are truly fortunate to have such a hard-working and capable attorney on their side. I wholeheartedly and confidently endorse Mr. Edmiston.

Mr. Edmiston is a knowledgeable professional that is dedicated to obtaining the best results for his clients. I highly recommend Mr. Edmiston for your criminal case.

David Singha, Bankruptcy and debt Attorney on Apr 5, 2012
Relationship: Worked together on matter

Armando is a great lawyer. I know from personal experience that he works very hard for his clients and is very enthusiastic about his work. I endorse this lawyer without reservation.

I fully endorse John. He is a hard-working attorney who is dedicated to getting his clients the best outcomes possible.

John is an experienced trial attorney, who aggressively advocates for his clients. He is detailed-oriented, and has a wide breadth of knowledge and experience in various criminal defense matters. I highly recommend him.

I endorse this lawyer. If you or a loved one are facing criminal charges, you should retain Mr. Edminston! He is an outstanding lawyer, and is a tremendous advocate for his clients!

I endorse Armando. He is a renowned lawyer and advocate.