After a stint in the United States Army following college, I entered the police academy and became a police officer. This training, experience and connections from having served in one of the world's most dangerous jobs created credibility with other police officers and ultimately led me to my career as an attorney. I am in my 20th year of practice, after attending law school while working full time as a police officer.

I went into private practice upon graduating law school and being sworn in for the Georgia Bar, and began handling civil and criminal litigation. However, my roots in criminal law drew me in the direction of defending citizens accused of crimes. Divorce cases, personal injury cases and other litigation helped pay the bills in the early part of my career, but I became known --- among lawyers and judges --- for my skills in criminal defense.

For several years, I was the part-time prosecutor in Decatur Municipal Court. DUI cases were a nightly event in this job, and I learned all of the "ins and outs" of the prosecution's tactics and angles to limit the defense case. When you prosecute cases, you are permitted to attend the prosecutors' seminars, which I did.

Along my path to becoming a criminal trial attorney, I have taken advanced training in DRUG possession and trafficking cases, DUI, sex crimes, analyzing DNA evidence, challenging ballistics testing, child molestation cases, and over a dozen other highly-specialized areas of criminal defense. Most significantly, I am one of a handful of Georgia attorneys who is "death penalty" qualified, and have handled over 25 murder cases.

So, from defending speeding cases to DUI to drug possession to murder, I have done it all. Like in the medical field, and especially with SURGERY, experience is the best teacher. 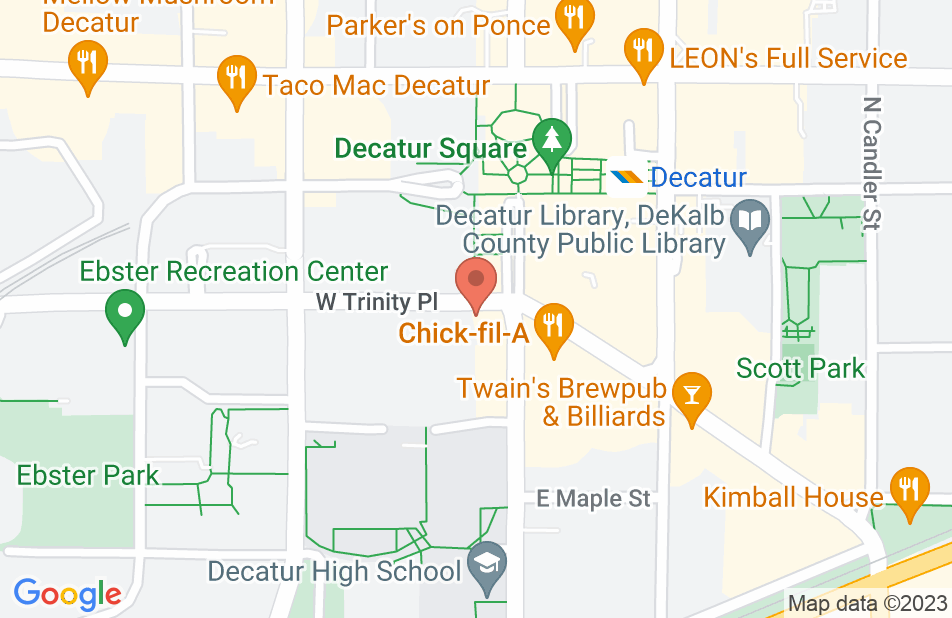 I was charged with 5 major drug charges one included R.I.C.O . Mr. Kenner worked to help create miracles.I was facing 30 yrs. I received 17 months time served large fine and 20yrs probation.I'm truly grateful for the knowledge this man posses.and even after my case was finished he answered my calls.I would recommend him as one of the greatest Lawyer you could ask for.HE IS A SUPER LAWYER
This review is from a person who hired this attorney.
Hired attorney

Firstly I want to thank Mr. Head and his team for always providing the assurances needed in a very stressful situation. Mr. Maurice Kenner was professional and courteous providing the necessary representation/information through all phases of my case ultimately having my case dismissed and expunged… Thanks Maurice!

I would like to thank the Head, Thomas, Webb, & Willis Law Firm. Mr. Maurice Keener was our lawyer, he was courteous ( Direct & Honest) and very professional. He was able to help our son be victorious in a DUI case that would have altered his entire career. We can not thank Mr. Keener enough, the cost was expensive. But if we did not have the best representation this case would have changed our son's life. We believe Mr. Keener did his research and followed through on this case, therefore his time and professional expertise was worth every dime we spent! We thank God for sending Mr. Keener, to be our son's saving Grace!

Outstanding Attorney! He Brought an End to My Family's Nightmare.

Mr. Kenner is simply an outstanding attorney. I had never before been arrested in my life and he expertly handled my domestic violence case. I can honestly say it was one of the most stressful times of my life and Mr. Kenner instantly put me at ease. His knowledge, experience, and demeanor gave me tremendous confidence that my nightmare would be resolved. With only a few days to prepare for my hearing, Mr. Kenner had all of the bases covered, and was well prepared for all contingencies. I walked into that courtroom knowing that I truly had a lawyer who would fight for me, and would not give up until a satisfactory result was achieved. Case dismissed! No words could have been sweeter, and I owe it all to Maurice Kenner. I give my highest marks to Mr. Kenner and, without reservation, would recommend him to anyone in need of the best legal representation around!

Maurice Kenner handled my DUI case, and got it reduced to reckless driving. He was wonderful to work with. He helped me through this very stressful process by being honest and very responsive. He never sugar coated anything. He let me know what the worst and best case scenarios were, so I was prepared for the outcome. Fortunately, my case had a great outcome, as it was reduced to reckless driving. I know that I owe this to Maurice's professionalism, diligence, and brilliant negotiating skills. He knows what he is doing!! Being arrested for DUI and going through the whole legal process that followed was one of the most stressful experiences of my life. It is crucial to have a lawyer that you can count on and trust. Maurice Kenner is that lawyer. I would highly recommend him!

A defense lawyer that fights hard for you

Maurice G. Kenner did a great job in fighting my dui case, he talked and fought for my case til I got the outcome I was looking for. He's a great lawyer and I recommend him

Mr. Kenner did an outstanding job, He was able to get My DUI reduced to reckless driving saving me lots of money and not to mention having a DUI conviction on my driving records. He kept me informed as to how my case was going by phone and E -mail . Don't get me wrong, I was still scared and was praying that I wouldn't have to do jail time either. Mr. Kenner kept me at eased and showed me that he had everything under control . No jail time and no DUI, this case turned out better than I expected.

I was impress with how he kept me informed throughout the process. I felt empowered and motivated throughout my legal proceedings having Mr. Kenner as my lawyer. I would not hesitate to recommend him to anyone.

Maurice Kenner was a life saver...

Mr Kenner is one of the best attorneys I've seen in years. Not only did he represent my brother very well but he also represented myself in one if the most critical situations of my life. Thanks to Maurice I am now in school and have a real chance to make something of myself.

I was represented by Mr. Kenner initially for 7 counts of identity thieft, 7 counts fraud and possession of cocaine last year. I was impressed by his knowldege of the system and his professional manner. For 15 felony charges he got me only 3 years probation under the first offenders act. I could not perform my probation due to medical reasons and had a warrant issued for my arrest. I contacted Mr. Kennner and he compassionately listened, took control, and presented my case to the Judge so successfully that the case was closed. I never had to serve any of the probation AND I kept the privilages of the first offenders act. Which was very important for me because I cant work in the profession in which I am skilled with a history of a felony conviction. I would highly recommend Mr. Kenner and would absolutely retain his services if I needed an attorney again.
See all reviews

Maurice Kenner is very knowledgeable and experienced lawyer. Maurice always fights hard for his clients and he knows how to try even the most difficult cases. Plus, he is a genuinely nice guy as well. You will not be disappointed if you let Maurice represent you. I endorse Maurice Kenner.

I endorse this lawyer. He is professional and competent!

I endorse this lawyer. Maurice is a great lawyer. He knows the law, the court and law enforcement. He does an excellent job for his clients!

I endorse this lawyer. Maurice is a hard working lawyer who gets excellent results for his clients. His extensive knowledge of the law and trial experience make him a fantastic litigator. If Maurice is your lawyer...you are in good hands.

As a fellow lawyer, I have met a handful of great lawyers who are also great people. Maurice is a terrific person. I would trust Him with my case and i would refer a family member to him as well. Maurice is a reliable guide to take you through a difficult process. I endorse this lawyer.

I've known Maurice Kenner since back in my days as a prosecutor. He's a tenacious defender of people's rights. He works his cases hard, to get the best results for his clients. He's an aggressive litigator, and anyone charged with a crime would be fortunate to have Maurice by their side. I fully endorse Maurice Kenner.

Great lawyer! One of my inspirations.

Maurice is a top-notch attorney. He is one of the few that gets down in the trenches and battles for his clients. He has vast knowledge and experience as a litigator. If you need an attorney that is not afraid to take on a complicated and sensitive legal matter, Maurice is your man! I endorse this attorney.

G. Kunes, DUI and DWI Attorney on May 15, 2013
Relationship: Fellow lawyer in community

I have known Maurice for the better part of 10 years. He is a great trial lawyer who absolutely knows his way around the courtroom. I highly endorse his work in any criminal case, and especially for dui defense.

I have known Maurice for several years, and he does an excellent job for his clients. He's a top notch attorney who's regarded highly by his peers.

Robert Levinson, Criminal defense Attorney on May 15, 2013
Relationship: Worked together on matter

Mr. Kenner is an excellent attorney and a value to the Criminal Defense Bar. In my experience with Maurice, I have always known him to be diligent, effective and very caring to his client's needs.

I endorse this lawyer. I have known Maurice for nearly 20 years. He is an excellent attorney and always fights for his clients. I would highly recommend Maurice.

Scott Harrison, DUI and DWI Attorney on May 7, 2013
Relationship: Worked together on matter

Mr. Kenner is one of the best lawyers I have seen in court. If anyone in my family ever needed a DUI lawyer, Mr. Kenner would be my first call. He knows how to try a case to verdict and win. I would definitely recommend him to anyone looking for a DUI attorney.

Gregory Willis, DUI and DWI Attorney on May 6, 2013
Relationship: Fellow lawyer in community

I endorse this lawyer. Maurice works hard on his cases and does a great job. He gets great results for his clients on tough cases. I highly recommend Maurice to anyone looking for a great attorney.