Joe Adams was born in Asheville, North Carolina, and was raised in Buncombe County. As a boy, Joe spent warm summer days in the forest behind his house pretending he was Robin Hood fighting the Sheriff of Nottingham with a homemade bow and arrow.

In 1977, Joe joined the Army. He was trained as an X-Ray tech and a Medic. He volunteered for evening and weekend shifts at the hospital because he enjoyed emergency medicine. After four years in the Army, Joe took an honorable discharge. He completed college at UNC-Asheville, graduated Cum Laude, and went to Wake Forest School of Law on a merit scholarship. After earning his license to practice law, Joe headed east to the North Carolina Coast. He spent the next seven years in Dare County practicing a little of everything: general litigation, personal injury law, real estate law, criminal law, commercial law, domestic law, and fishing. But Joe wanted to make a difference.

Long ago, Shakespeare wrote: “Here’s a fish hangs in the net like a poor man’s right in the law; ‘twill hardly come out.” Insurance companies and big corporations use their politicians and their silk stocking lawyers to take advantage of real people. Joe wanted to fight them like he had fought the Sheriff of Nottingham in his childhood dreams. So, Joe ignored Thomas Wolfe’s advice, and returned home to Asheville. In 1996, he opened his own practice to fight the corporate bullies of the world.

In his most famous case, Joe took on BB&T and the directors of a local mutual bank. BB&T made a deal with the directors of the bank to takeover the bank without paying the people that really owned it, the depositors. The deal would have made millions of dollars for BB&T and the bank directors. Joe was followed by a detective. The bank’s lawyers threatened to have him arrested and disbarred. Joe was scared as hell because people get killed for a lot less, but he stood his ground, and BB&T was stopped. Later, Joe helped win millions of dollars for his clients in a class action against BB&T.

Today, Joe continues to fight for real people against the insurance companies of distracted drivers and against careless corporations. 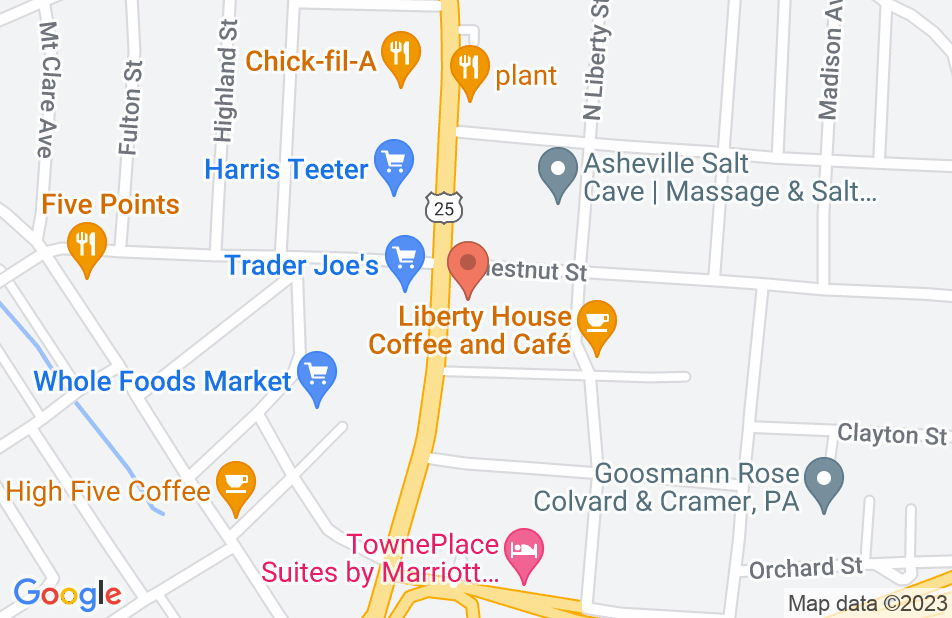 Joe Adams handled a case for me in which someone was threatening to sue. Joe's even-handed, kind and yet straightforward approach to me and the other person impressed me greatly. Like many attorneys, Joe knows what he's doing; but he does it with such grace and compassion, it makes all the difference in the world. The other person did not end up suing and all turned out well thank to Joe.
This review is from a person who hired this attorney.
Hired attorney

Joe was very profession and got the job done. He definitely work for you! It was great having a lawyer that actually called and talk to you and didn't leave you wondering. I give great thanks to Joe and his staff for all they did to help me and my family and for fighting for what is right. Rob
This review is from a person who hired this attorney.
Hired attorney

I recommend attorney Joe Adams. He represented me in an unfortunate slip and fall accident which changed my life in an instant. Throughout the incident, I felt Joe relentlessly fought for me against a difficult opponent. He is professional, well prepared, and took the time to ensure that I understood every detail of my case. Joe truly cares about his clients and my trust in him was well placed. It was a pleasure to work with Joe and his staff. I would highly recommend Joe to family or friends.

I hired Joe a little over a year ago after a car accident. He made me feel comfortable dealing with a sensitive situation. He made it easy and almost effortless on my part. Kept in ouch throughout the whole process and was easy to get a hold of if I had any issues. He went above and beyond and got me everything I deserved and more. Highly highly recommend.

Joe represented me in a personal injury case in 2009. I found him to be professional, persistent, knowledgeable and he got the job done. He worked tirelessly from the start to the finish in my situation. I would, without hesitation, recommend him to anyone who needs an attorney on their side.

Joe did everything he set out to do for me. Was very professional and thorough in every aspect of the case. Explained terms and conditions of the legal terminology . I would recommend Joe to anyone who needs a great personal Injury attorney.

Joe is a very experienced personal injury lawyer with a passion for protecting his clients' interests.

Joe Adams is a terrific lawyer - he works hard for his clients and his results reflect his dedication.

Joe is an effective and creative advocate in the courtroom.

I take great pride in endorsing Joe Adams.. I have known him since his days at Wake Forest Law School. I have referred him legal matters and always have gotten very positive feedback about his professionalism and determination to do,the right thing for his clients.

Joe is an excellent attorney. Thoughtful, caring, and hard working. Not afraid to try cases when it's in his client's best interest. Very knowledgeable of the law.

I endorse this lawyer. I've known Joe for many years. He's a hard-working, thorough lawyer who is committed to serving his clients.

I endorse this lawyer. Joe Adams is a superb advocate and a tireless worker on behalf of his clients. I have known Joe for many years through the North Carolina Academy of Trial Lawyers (now North Carolina Advocates for Justice). I endorse Joe without hesitation. Rick Hunter

I've known Joe for years through the North Carolina Advocates for Justice. He is very knowledgeable in the area of personal injury claims, and he truly cares about people, especially his clients. I highly recommend Joe.

Joe has been serving the Western North Carolina community for years. He is an attorney that will take your case to trial and his courtroom experience is invaluable.