Corinne is widely recognized as an expert in the areas of litigation and mediation.  She handles a wide variety of cases, ranging from severe personal injury to defamation, to employment matters, and mediation.  Corinne has served as a mediator in New Jersey federal courts and State Courts. She has been approved by the State of New Jersey as a foreclosure mediator, and is a graduate of the Institute for Dispute Resolution, having served a second year as a mediation intern.

She is presently the only woman in New Jersey to serve as a Senior Staff Instructor at the nationally renowned Gerry Spence Trial Lawyers' College.  Corinne has been profiled in numerous national media outlets, including being featured as the "real life" Legally Blonde by Entertainment Tonight.  She has appeared in the New York Times, and the New Jersey Law Journal frequently, as well as MSNBC as a legal commentator.

Corinne has achieved outstanding results in the courtroom over the span of her  career – representing a New Jersey judge in a nationally covered defamation action, appearing as counsel in the legendary Baby M case, and obtaining the highest verdict in Hudson County history in a soft tissue case.

She lectures frequently for the bar association and is involved in numerous pro bono efforts.  She has been legal counsel to Women Rising, a domestic violence organization, and was featured as a keynote speaker at Samaritan Village for Women's History Month.

Corinne founded the Firm in 1989 with the goal of building a truly great law firm. That goal has never changed – She continues to innovate and work tirelessly to improve the service and results the Firm exists to provide its clients daily. 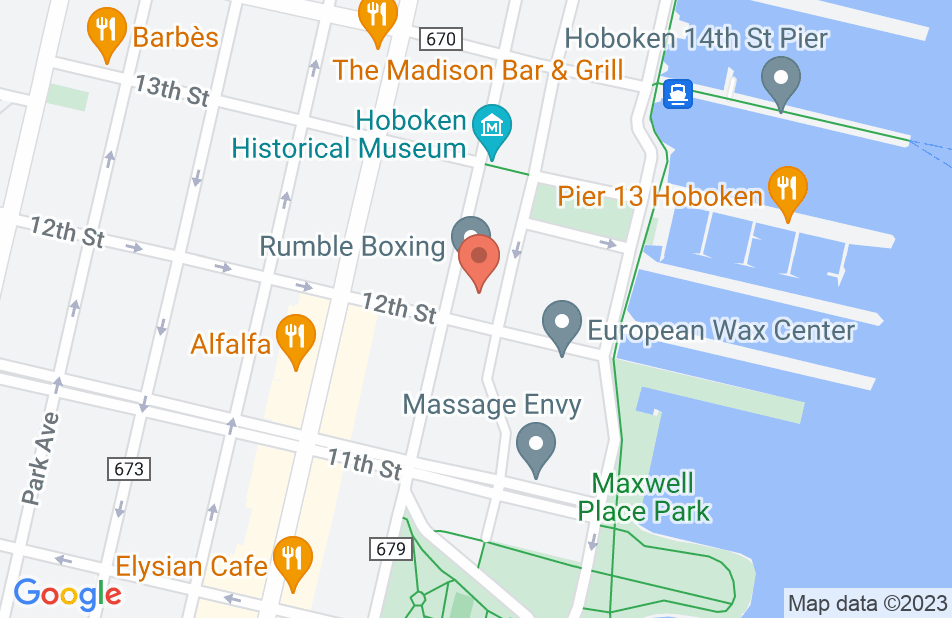 Best Lawyer I have ever had!

She is always available for the clients. She is very understanding of your situation. She represented me in a personal injury case, and I did not think I would ever get what I got. I had another lawyer before her. She resolved all of my personal debt that I had with creditors and helped me get back on my feet.

After making multiple phones and being bounce around from person to person, I finally got in touch with Mrs. Mullen who directed me into the right path to help me deal with an issue I’ve been facing for months. The information I received from her is now helping me deal with my matter with the correct people!
This review is from a potential client who consulted with this attorney.
Consulted attorney

My experience with Corinne

Corinne took care of my divorce case. It finalized in April 2019 and the result was excellent. I obtained more financial support from my ex than I expected! Corinne is very nice, patient, and polite to everyone, has the magical skill of do not react right away! To be frankly honest, I was once very upset because of not enough explanations, but more I started to understand the process and her, I was totally blessed to have her as my attorney. I trust her very much and would like to get more help for my new business. I would highly recommend her!
This review is from a person who hired this attorney.
Hired attorney

Corinne is Amazing she was able to get my job back for me when my company wrongly terminated me . I would highly recommend anyone looking for an attorney to call her firm .
This review is from a person who hired this attorney.
Hired attorney

Amazing, knowledgeable lawyer that goes above and beyond!

Corinne is absolutely amazing, she was able to help my husband’s work environment get better after a bully manager was targeting my husband for wrongful termination. Corinne and her team listened and strategized and acted to make sure this unlawful harrasment ceased. I am so grateful for her and her team. I would highly recommend this law firm for any case that is employment related.
This review is from a person who hired this attorney.
Hired attorney

I can't imagine having a better attorney than Corinne Mullen for my defamation case. She is intelligent, professional, ethical, patient and gives personal attention-- sometimes staying on the phone with me for several hours past office closing time. I trust her implicitly and highly recommend her for legal matters needing the utmost attention and expertise.
This review is from a person who hired this attorney.
Hired attorney

It was a pleasure working with Corinne this difficult year. She knows how to put you at ease and has a lot of expertise in the law and the human condition. I would definitely recommend her to someone in need.
This review is from a person who hired this attorney.
Hired attorney

EXTREMELY HAPPY WITH THE OUTCOME OF MY CASE!!

Ms. Mullen conducted herself in a very professional legal manner when she was defending me as her client. She is an excellent lawyer and she knew all the legal ramifications of my case. If I had to choose her again to represent me, I will not hesitate. I will recommend anyone to her. I couldn't be happier with the outcome of my case.
This review is from a person who hired this attorney.
Hired attorney

Corinne addressed our concerns and represented our family with great honesty and integrity. We needed her guidance on a violation that could have been a lot more serious had she not represented us in court. We are grateful for her assistance.
This review is from a person who hired this attorney.
Hired attorney

Corinne was hired by me and was the best choice!!! She is on top of everything and will get you the best settlement possible. When I needed to consult with her, she was available through FaceTime chat after 5 pm. She is a caring & dedicated lawyer who works very diligently for her clients.
This review is from a person who hired this attorney.
Hired attorney
See all reviews

Corinne Mullen is an exceptional lawyer, recognized nationally for her caring, hard work and dedication to her clients. She is also a teacher of lawyers, sharing her cutting edge methods and lifting others to greater heights. I would hire her in a heartbeat.

I endorse this lawyer's work. Corinne is a top notch trial attorney and gets her clients great results.