Christopher B. "Chris" Reinhardt is a native and life long resident of North Carolina. He is a second generation attorney, his father being an accomplished real estate attorney in Durham, North Carolina. Chris was admitted to practice in 2003, North Carolina and has practiced in the Asheville area since being admitted.

Chris is currently the Legal Counsel for Daniel Boone Council of the Boy Scouts of America serving all of the 14 western most counties of North Carolina. Chris is a Past-President of the Brevard College Alumni Advisory Board, which he has been a member of from 2004-2014. He also taught as an Adjunct Professor of Environmental Policy at Brevard College for eight years. In 2008, Chris was awarded the Distinguished Alumni Award for Brevard College. He is a member of First Presbyterian Church of Asheville. Chris has been an avid supporter of the Boy Scouts of America, being an Eagle Scout himself.

While in law school at the University of North Carolina, Chris met Rebecca Johnston Reinhardt who was from Asheville and became a partner with the firm Roberts & Stevens, P.A. in Asheville.  Chris and Rebecca married shortly after law school, had two daughters, and lived together in Asheville until Rebecca lost her fight with brain cancer in the Spring of 2018.  With the support of friends, family and the church, school and legal community, Chris and the girls are coping and adapting to a new way of life and work. 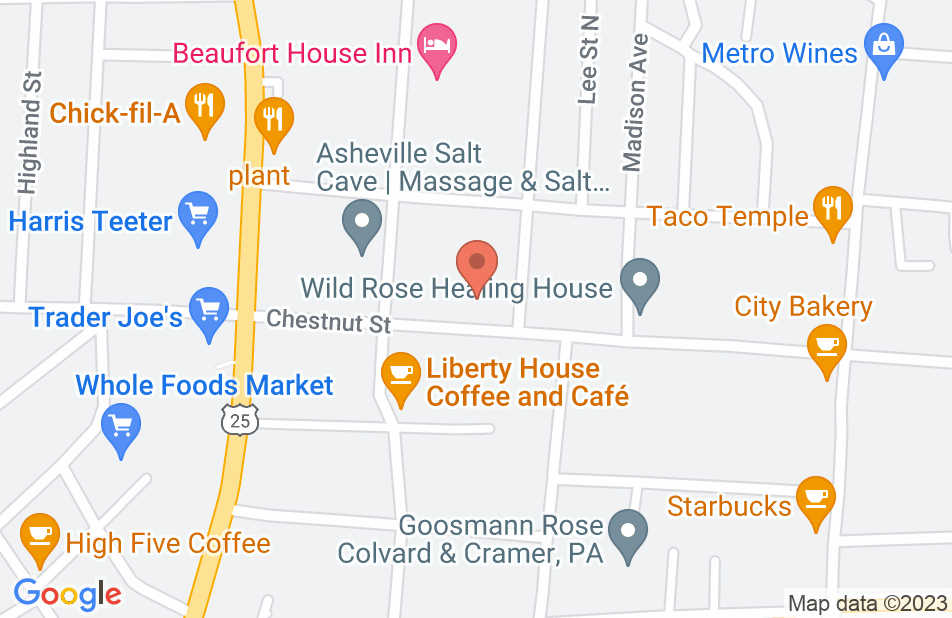 Chris was very knowledgeable and resourceful. From consulting with him in the beginning of my marriage failing to finalizing the paperwork, his council helped me through one of the toughest experiences of my life. Chris did an excellent job providing representation for me and making sure my best interests were met.
This review is from a person who hired this attorney.
Hired attorney

Chris came through for our family!

Unfortunately my family needed legal services several years ago. Fortunately, Chris Reinhardt came highly recommended. Chris was professional, prompt to return calls, and guided us through a legal minefield. He was genuinely interested in a positive outcome for us and kept our family in tact and we can't thank him enough. I hope I never have to use his services again, but would not hesitate if the need arose. Thank you Chris!
This review is from a person who hired this attorney.
Hired attorney

Chris is one of the best in depositions and cross examinations. Trust me my spouse who was trying to destroy me had to sit through both. Chris is VERY GOOD at what he does and knows exactly how to question people in legal situations. Chris Reinhardt is a "bulldog" in the courtroom and helped me in my divorce case where my spouse did everything to destroy my life. If you are looking for attorneys to get you across the finish line in a difficult family law situation this office is great.
This review is from a person who hired this attorney.
Hired attorney

I had a very complicated matter that I needed assistance with. The motion produced by Mr. Reinhardt was excellent. He and his staff were very attentive and did amazing work- very organized and professional. Mr. Reinhardt was unable to remain on my case but he stayed on long enough to assist my new attorney and kept in touch throughout the process, constantly offering his knowledge and assistance. Mr. Reinhardt has immense integrity and would handle any case with expertise and care.
This review is from a person who hired this attorney.
Hired attorney

You want Attorney Reinhardt in your court!

Brilliant and highly intelligent makes him a very effective litigator. His professionalism and prompt responses reduced my anxiety and made me feel protected! I am fortunate Attorney Reinhardt is representing me, Barbara Gillikin

Get this guy because you want him on your side and not your ex's!!! Really great attorney, gets back to you in a reasonable amount of time. Thorough in his preparation and really knows his stuff. Put me at ease every time a new twist occurred in our case. In the end, I was really happy he was my attorney and not my ex's. He will have your back and knows the best solutions no matter how heated the case might get.

A Difficult Time Made Easier

I was arrested on a domestic violence charge and was able to meet with Mr. Reinhardt within one day after calling his office. Upon meeting him and discussing my case I knew he was trustworthy and would be able to handle my situation to the best of his abilities. I followed his recommendations and he was prompt in responding to my e-mails and phone calls. He would always converse with me while in court and afterwards and explain what was going on and what I could expect in the future. Upon completion of my court orders Mr. Reinhardt explained that I should probably have this charge expunged from my records and explained the discounted price for this since I was already his client. I waited a number of months before deciding to do this and when I called the office he still remembered me and explained the procedure in full detail as to how long this would take and how the finances involved in this would be handled by their office (and he still gave me the discount price). Approximately four months later everything had been taken care of, he sent me an e-mail and all of the documentation from the court even though I had already received the same documents in the mail (and also sent a refund check since there were no court costs involved). I would have never known the difference about the court costs. I consider him a man of high integrity, honesty and have the utmost respect for him. Although this was a trying time in my life, Mr. Reinhardt made this whole process a little bit easier to deal with. Again I thank him for all that he did for me!

My experience with Chris Reinhardt began in April of 2012. He is extremely eloquent on behalf of his clients. He and his staff are dedicated and work hard to keep you well informed. He is exceptionally trustworthy, knowledgeable, and tenacious. He has brought me through one of the most difficult experiences of my life. I would highly recommend his legal services to anyone.

Mr. Reinhardt represented me in a proper and factual manner. He is very knowledgeable in many aspects of the law. He is also assertive when need be.

This attorney represented me in a recent family matter. Neither he or his staff were courteous or responsive to my questions and I was billed excessively for hours not spent on my case. Crappy lawyer, crappy firm.
See all reviews

Chris is a great attorney and well respected in the legal community. Give Chris a call for your family law needs.

I have known Chris Reinhardt for many years and have worked with him on several cases. I respect and endorse Chris. He has a very good legal mind; he focuses on getting good, practical results for his clients; and he is a good communicator. Chris is respected in the local bar and I often refer clients to him.

I have worked with Mr. Reinhardt on several matters as my North Carolina counterpart. In each case, he has shown a thorough knowledge of the law and is a strong advocate for his clients. I confidently endorse Mr. Reinhardt.

Best litigator in the area.

I have known Chris Reinhardt for many years and have worked with him on several cases. I respect and endorse Chris. He has a very good legal mind; he focuses on getting good, practical results for his clients; and he is a good communicator. Chris is respected in the local bar and I often refer clients to him.

Chris is an excellent and caring lawyer. He works hard for his clients and is very effective. I endorse him.

Chris is a great attorney and well respected in the legal community. Give Chris a call for your family law needs.