Charles graduated from law school at the top of his class receiving student awards in the fields of Business Organizations and Alternative Dispute Resolution. He was a Trial Board Member each year, and he served as a senior board officer during his last year in law school. Charles attended the University of Tennessee, Knoxville, for his undergraduate studies and graduated with a 4.0 in his major of finance and a 4.0 in his minor of economics. While at UT, several honor societies inducted him into their membership, including the National Society of Collegiate Scholars, National Scholars Honor Society, and the National Deans list.

His practice focuses on the areas of general civil litigation, criminal defense, juvenile law, and domestic relations, as well as handling criminal and civil appellate matters. For 2012, Charles was the sitting President of the Washington County Bar Association, and he is a consistent contributor and organizer of the local pro bono service programs offered to area citizens. 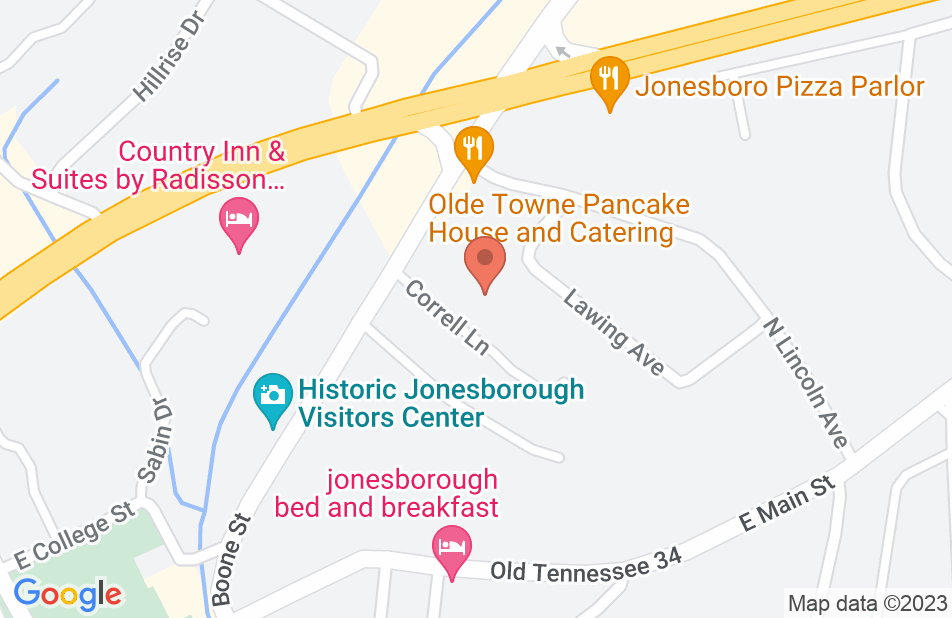 Best man for the job!

Mr. London helped me through a very tough situation. I came to him just before the new year because I got a DUI. Told him everything and how the officer treated me and Mr.London took over from there. He was prompt with me by letting me know all possible outcomes of my case and let me know he is a lawyer for a reason. He proved that by getting my charge reduced then expunged. I highly recommend Mr. London for this great service he provided me with and I think you will be glad you choose him as well.
This review is from a person who hired this attorney.
Hired attorney

Upon hiring Mr. London, he listened patiently at every meeting and paid full and complete attention to my situation as if I was his only client. He was honest about all potential outcomes and offered the advice that would benefit me. He spent time with all parties needed to receive a fair and honest outcome. He followed up during all phases of my case and helped to alleviate all of my anxiety during the process.
This review is from a person who hired this attorney.
Hired attorney

prefer not to say

Charles walked us through everything that we needed to do. He always returned our calls, always on time and ready to fight for us. Told us not to worry and let him do his job. We won. He is now our lawyer. With a lawyer like Charles J. London on your side you can't go wrong.
This review is from a person who hired this attorney.
Hired attorney

Attorney London is Great, the Best!

Attorney London made me feel stressless or at ease at our unheard of serious traffic case. I asked him to go one way, but he thought it best to go another way and was completely on point. I thank God for Attorney London throughout the entire process. He encouraged us from the beginning to end never belittled us for the charge. I have made several calls to other attorneys and I'm so thankful I kept calling around until I ran into him. He acted like he already knew us. Felt so blessed.
This review is from a person who hired this attorney.
Hired attorney

Got a speeding ticket going through TN. Thank goodness for Charles took my case and told me not to worry about it. He was right no problem, ticket was dropped and marks on my CDL. Would recommend anyone to use this guy. FANTASTIC LAWYER!!!
This review is from a person who hired this attorney.
Hired attorney

Charles is a blessing that entered my life by chance right when I needed it.

Charles is much more than a highly professional lawyer, he will connect to your situation on a deep personal level and genuinely cares about me and my family. He moved us through the legal system in a fast timely manner and put our family back together again. Thank you so much Charles.
This review is from a person who hired this attorney.
Hired attorney

Make sure you talk to Charles before hiring any lawyer!!

I hired Charles on a few different cases he’s a great criminal lawyer and a great litigation lawyer. He pays strict attention to detail! He will leave no stone unturned. I Strongly recommend at least talking to him and see his strategies before you hire another attorney, you’ll like him!
This review is from a person who hired this attorney.
Hired attorney

Charles helped me with some traffic violations. He was professional, courteous, and efficient. Not only was he able to help me get everything resolved, but also did so in a way that made me feel very comfortable during the process. Thanks Charles!
This review is from a person who hired this attorney.
Hired attorney

Mr. London has proved to be an excellent attorney in representing my grandson. He's spent many patient hours in an effort to help him and always seems on top of the situation. I would highly recommend him!
This review is from a person who hired this attorney.
Hired attorney

Would recommend to anyone!

I came to Charles London on short notice in a difficult situation. He was very understanding of my situation; I never once felt judged about the circumstances surrounding my case. Charles was able to help get me a favorable ruling with unbelievable speed. I would recommend him to anyone!
This review is from a person who hired this attorney.
Hired attorney
See all reviews

I have had the privilege to work with Mr. London in a complex real estate civil dispute. Even as representative for an opposing party, I have found Mr. London to be an extremely effective counsel and zealous advocate on behalf of his client. I would not hesitate to recommend him to anyone seeking an attorney in his areas of practice.

Charles is able to think "outside-the-box" and craft unique solutions for a given situation. I found his style and approach inventive. I would not hesitate to call on him for assistance.

Mr. London has assisted my office with cases in for several years. He remains my 'go to' for any questions regarding litigation in Washington County. I highly recommend Charles as a diligent and knowledgeable attorney who gives every case its due attention.

Charles exhibits all of the qualities that make a great lawyer. I recommend him for any of your litigation needs.

It seems as though the practice of law has gotten to be a profession where people are more interested in low-hanging fruit and not interested in helping others. This is not the case with Charles London. Mr. London will do anything necessary to ensure a favorable result for his clients. I have personally referred cases to Charles that I did not think there was any hope for, Charles proved me wrong. His Superior research and writing skills combined with his excellent networking and exemplary knowledge of the court system have won the day! I highly recommend Charles for any needs you have involving criminal defense, civil litigation, business associations, and other miscellaneous personal matters.

I have known Charles for several years and have personally seen him in the courtroom. Charles is a fierce advocate for his clients and is extremely competent. I would recommend Charles London.

Without hesitation, I would, and have on numerous occasions, recommended Charles' services to clients in the upper East Tennessee area. On several occasions, those same clients have called me to thank me for recommending not only a great lawyer but also a "person who truly cared about them and listened to their situation." Having seen Charles work on multiple occasions, he is respected by judges, liked by his peers, and loved by his clients. Without hesitation, I would recommend Charles to any family member or loved one in need of an attorney in northeast TN. I am pleased to be the first to endorse this outstanding attorney and human being!