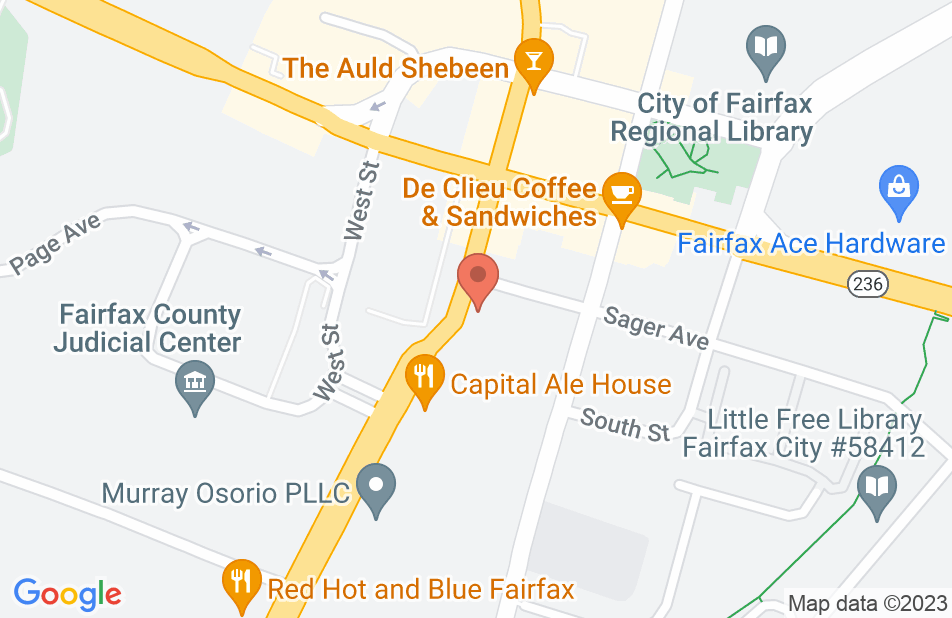 Free consultation, provided simple instructions on the steps I needed to follow, and remained in contact with me about my case. Ticket was non-reckless speeding (20+ over, but in my defense, 'twas a clear day with no traffic and great visibility!) and Mr. Schaefer got my case dismissed with completion of an online traffic school. Completely satisfied with the service.
This review is from a person who hired this attorney.
Hired attorney

Hired Ben for a misdemeanor reckless driving charge, with the possibility of jail time. During consultation, Ben was very methodical in laying out what I needed to do to prep for court. In court, Ben negotiated the terms of my penalty with the prosecutor and the officer. He pulled me out of the courtroom and explained to me the options on the table and made a recommendation. The terms Ben negotiated on my behalf were the best I could hope for. Just a fine. No license suspension. No active jail time. The terms were so favorable that the first judge would not sign off on the terms. The second judge did, but both were furious with the prosecutor for agreeing to the terms. That is a testament to Ben's negotiating prowess and I could not be happier with the results.
This review is from a person who hired this attorney.
Hired attorney

Got a reckless charge driving to work one day. Called Mr. Schaefer and got a free consolation. He was very good at explaining what would happen and made me feel much more at ease. Went to court in my place and was able to get the charge completely dismissed. I couldn’t be happier with his service.
This review is from a person who hired this attorney.
Hired attorney

Great work! Benjamin was far more professional then I expected and managed to close two reckless driving cases with no problem. Always clear about what is needed, always can get in touch and just overall great work by Benjamin and S&R as a whole.
This review is from a person who hired this attorney.
Hired attorney

Ben is the best!

Ben was incredible to work with. He helped me with a traffic violation and made the process so easy for me. He went above and beyond what I expected. Thank you guys! Will definitely use again if I have need in the future.
This review is from a person who hired this attorney.
Hired attorney

Ben traveled from Fairfax County to Rappahannock County to represent me in court over a reckless driving ticket. Ben arrived early to meet with me and gave me an overview of the process and what to expect during the proceedings. In the end, Ben was able to get the fine reduced. Throughout the entire process, Ben was professional and honest. He was well prepared and answered all of my questions confidently. I highly recommend Ben.
This review is from a person who hired this attorney.
Hired attorney

Speeding ticket reduced to defective equipment. Great job by Beln the Attorney. I had a speeding ticket in Fauquier county. I called a local Warrenton attorney who advised that I simply pay the tickets as there is no chance getting a good deal. Then I googled and found S&R law firm. Talked to attorney Ben. He was very confident that they can help me. On the day court date, the judge said that my attorney Ben had already had the charge reduced to defective equipment. That was great. Now I have no points, no increase in insurance. I suggest don't do the speeding, but if you do get the tickets, try S&R Law.
This review is from a person who hired this attorney.
Hired attorney

Mr Schaefer (Ben) defended our son on a trespassing charge which is a class 1 misdemeanor that can have a sentence of up to 1 year in jail and a fine of over $2500. Our son did trespass but did not do so with intent nor knowledge that he was trespassing. Ben did a great job in negotiating with the Commonwealth Attorney and the arresting officer in getting the charges dismissed. We highly recommend Ben and his law firm S & R Law Firm.
This review is from a person who hired this attorney.
Hired attorney

I was charged with domestic abuse, by my wife, who actually works in legal circles. I did not abuse her, but she knew exactly what to say and do in order to have me charged with the crime anyway. She was looking to protect her finances with the upcoming divorce, and thought if she could get me convicted, this would make it easier for her. She even produced "evidence" to try and support her bogus claims. Although I was innocent, it was still a very scary experience for me, because she had managed to produce a pretty convincing case. When I contacted Mr. Schaefer and told him my story, he immediately began to put my mind at ease. He was clear and up front about what I can expect at my first trial. At my first trial, Mr. Schaefer carefully, and tactfully went about establishing certain facts regarding my wife's allegations. Although I was found guilty at my first trial, Mr Schaefer was not dismayed. He told me about his strategy for setting up the appeal. I was quite impressed with his knowledge of the system, and his ability to see through to the real issues. At my appeal, Mr. Schaefer was amazing! My wife took the stand. When the prosecutor finished questioning her, Mr. Schaefer took his turn. He knew exactly how to approach her as a witness, and exactly what questions to ask. He did such a good job in showing that her allegations were false. He must have convinced some other members of the court too, because after I testified in my defense, the prosecutor said, "I have no questions for this witness, your honor." Woohoo! I couldn't believe it! The very man who was there for the sole purpose of prosecuting me, was no longer interested in prosecuting me! I can't even begin to describe the feeling of vindication as the judge said, "I find you not guilty." As a result of his hard work and know how, I am no longer fearing the upcoming divorce hearing. Now that my wife's accusations have been disproved, I am actually kind of looking forward to it! Thank you for the peace of mind, Mr Schaefer! My family and I will be forever grateful! I recommend Mr Schaefer to anyone facing criminal charges, who wants to make certain that their rights are fully protected, under the law.
This review is from a person who hired this attorney.
Hired attorney

I strongly endorse this attorney. I consistently refer clients to Ben Schaefer and his associates for complicated matters. I know that my clients will be in good hands with him and his staff.

Ben is a hardworking, knowledgeable attorney. I recommend him without reservation for criminal cases in Northern Virginia.

Benjamin is a valuable member of the online Avvo community. I endorse this lawyer.

I highly recommend Mr. Schaefer for anyone in need of a criminal defense lawyer. I have known him for 10 years and have the utmost respect for him. Mr. Schaefer is always prepared, knowledgeable and doesn't hesitate to help colleagues when they have questions. His clients are very lucky to have him representing them in court.

I highly endorse Benjamin Schaefer to any anyone looking for an attorney. He has great work ethic and knowledge of the law. He offers unique and innovative solutions in resolving issues for clients.

Mr. Schaefer is an excellent attorney. He is a talented litigator and skilled negotiator. I fully endorse this lawyer without any hesitation or reservation.

Ben is a terrific litigator who is extremely knowledgeable and well respected throughout the community. We have worked together in the past on criminal matters and I have seen him handle himself extremely well during those trials. He is hard working and dedicated to his clients. I endorse him 100%.

I endorse this lawyer. Ben, is a very talented and hardworking lawyer. He is a persuasive writer and litigator. Anyone would be lucky to have him as a lawyer and as a friend.

I endorse this lawyer without reservation. Attorney Schaefer acted as local counsel on a complicated national litigation. He handled the complex matters quickly and gracefully.

Ben is an excellent attorney. He has a wide breadth of knowledge in matters pertaining to criminal law, from simple misdemeanor offenses to serious felonies. I recommend this lawyer.

Excellent attorney, would highly recommend to anyone seeking counsel.

I endorse this lawyer. Ben is very knowledgeable about criminal law and is a true advocate for his clients.