David has been an Attorney at Law since 1994.  His emphasis is on Personal Injury Cases.  These include:  insurance claims, motor vehicle accidents,  slip and fall injuries due to defective premises, full tort, limited tort, motorcycle accidents, wrongful death, drunk driving accidents, dog bites, insurance claims and defective products.  He has successfully handled hundreds of cases, including  complex litigation in Federal and Pennsylvania Courts.

He began his career as a State’s Attorney with the "Governor's Law Firm", called the Office of General Counsel.  He represented the Commonwealth of Pennsylvania in civil actions, including winning cases on appeal before the Commonwealth Court.

He has been in the private practice of law since 1998.   He is one of the few civil litigation lawyers specializing in injury cases who has worked exclusively both as a lawyer for injured people and in-house for a large law group defending claims when he was with the "Governor's Law Firm".

David is honored to help people who come to us to solve their problems.  His goal is to seek truth and accountability, while working as hard as possible for our clients.  David has obtained over $7 million in recoveries for clients over 5 years.  Mothers Against Drunk Driving has recommended David to victims of drunk driving accidents who need legal respresentation.  He is actively involved in local charities and is currently President-Elect for the Springford Rotary Club. 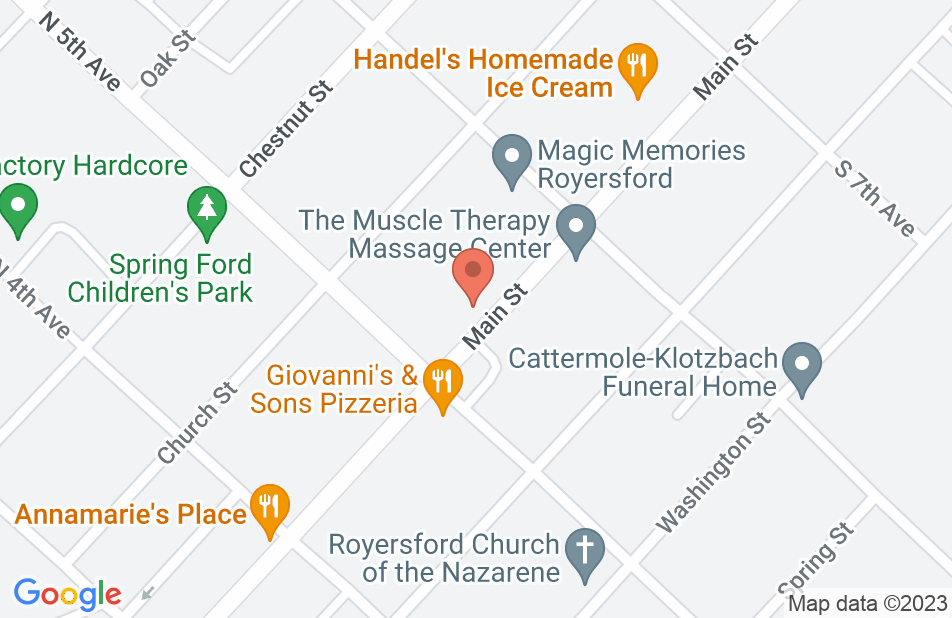 We appreciate how much you did for us.

We would like to thank you and your staff for all you did for us. We were very happy with the service we got from all of you on D's injury case. You went beyond what you had to and we appreciated everything you and your staff did. Everyone was very professional and very helpful we were kept informed through the entire process. We would use you as our attorney again and will recommend your law firm to anyone.
This review is from a person who hired this attorney.
Hired attorney

Thank you for your hard work

Thank you so much for the all the hard work your firm did for me in my car accident case . I always felt so comfortable in the suggestions and decisions that we made. Everyone was so kind and compassionate. Mr Schreiber, you are a fine man and I will not have any trouble suggesting your firm for any and all legal matters. All the times I had questions whether by phone or email you answered swiftly and with such accuracy. Thank you from the bottom of my heart.

Extremely Happy with this Lawyer. Helped me 3 different times.

I have been extremely happy with the legal services of Attorney David Schreiber, working with him since 2011. He has been instrumental with helping me with legal issues three different times. One, I had been a passenger in a car accident. It was still pending settlement. The insurance companies involved had very little interest in settling the claim. As Special Education teacher I realized I needed legal help. After contacting Attorney Schreiber I was able to have it settled within a few months. The final settlement, was well above what I would have ever been able to receive on my own. On another matter, in one phone call, he explained my rights and what I needed to do. In a third matter, his guidance and assistance were instrumental with my receiving my security deposit back when I moved from an apartment to buying my first home. I would highly recommend David Schreiber and his firm. He has been wonderful to work with. He explains things extremely well and constantly stays in contact as things progress.

I strongly recommend David as a personal injury attorney. He is a very hard working and dedicated lawyer. He is very trustworthy as well as extremely understanding. Personally, I felt that my case received individualized attention, and that his professionalism did not reflect a one size fit all basis.

David helped my client perfect a settlement in a PA court. His efficacious execution resulted in a superb result.

Your attorney skills reflect an individual that excels in his profession. The sincerity you displayed, the knowledge of the law and your efforts to communicate to keep your clients informed were greatly appreciated. We would gladly recommend you to anyone that would require legal counsel in your specialty of the law. Your firm is fortunate to have a young man of your caliber on their staff. We wish you a bright future as you travel further in your profession.

David, Thank you for your expertise and professionalism in helping us as we dealt with our unexpected challenges. Your ease of access via email/phone and prompt attention had made everything effortless. I hope not to require your services in the near future, but as it is inevitable that something will come up, I will be sure to give you a call. Once again, thank you. --K.M.

I unfortunately had 2 separate car accidents several years apart. David Schreiber represented me for both. The level of professionalism stood out. Recommended.

We would like to deeply thank Dave Schreiber for his support and guidance in dealing with our contract dispute with a major insurance company. My husband and I felt like we had no voice battling against a big company and looked to Dave for solid experience and track record. Dave Schreiber was professional, hard working and compassionate in all his dealings with us. He worked diligently to hold the insurance company accountable and made sure we received a proper settlement that was fair. We could have never achieved a successful and prompt outcome without Dave Schreiber’s expertise. Sincerely, Stephanie & Anthony Campanale

I had an injury involving a truck accident where I was a pedestrian. David Schreiber was my lawyer. He did a fantastic job on my injury case. He worked hard, returned my phone calls and kept me informed about the case. He took the time to explain what was going on in the case. He earned my trust. If I ever needed a lawyer, I would use him again. I would also recommend him to anyone needing an injury lawyer. Frank

I worked as co-counsel with David on a complicated product liability case. His diligent work and concern for his client was instrumental in achieving a great result for his client.

Mr. Schreiber is a very knowledgeable attorney as evidenced by his participation on the avvo forums, I would certainly recommend his services.

I endorse this lawyer for his skill and effectiveness in the field of personal injury.

Dave is extremely well-versed in the practice of personal injury law. He dedicates his efforts to securing the best possible recoveries for his clients and has tried several matters to successful verdicts. I have worked with Dave on many cases and confidently refer clients to him in all types of negligence actions such as slip and falls, motor vehicle accidents and products liability claims. Having known Dave for over 20 years, I have no hesitation recommending him to anyone seeking representation in a personal injury action.

Mr. Schreiber is a highly knowledgeable and skilled attorney. I endorse this lawyer.

I endorse this lawyer. His contributions to the community are always insightful and helpful.

I endorse this lawyer based upon his practical advice to the AVVO community and I recommend him to those in his area.

I endorse this lawyer.Mr. Schneider is a huge asset on AVVO and to the legal community. I would have no problem referring a client to him.

Attorney Schreiber is a very experienced attorney in personal injury claims and has a wealth of legal knowledge and experience. I endorse this lawyer.

I endorse this lawyer. His posts demonstrate his deep understanding of complex legal issues. His answers are always thoughtful, accurate, and they evidence his genuine interest in helping people.

I endorse Mr. Schreiber in the areas of personal injury and litigation, he has experience and the persistence to consisently achieve the best possible outcome for his clients.

I have now Mr. Schreiber for may years now and he is an outstanding attorney who advocates zealously for all of his clients. I endorse him without hesitation.