A native of the Pacific Northwest, Greg Marshall grew up outside Portland, Oregon, and graduated from the University of Puget Sound in Tacoma, Washington, in 1985.  He attended Seattle University School of Law (formerly University of Puget Sound School of Law), where he served as a Research & Technical Editor for the Law Review and published an article, In re Schuoler:  The Right to Refuse Schock Treatment, before graduating in the top quarter of his class in 1988.

After clerking for the late Honorable Edward P. Reed at Division II of the Washington State Court of Appeals, Greg entered private practice as an associate attorney with an insurance defense firm in Seattle.  Within a year, he left the firm and opened his own solo practice. With the exception of a two-year partnership, he has continued with his solo practice up to today.

Greg has handled a variety of cases covering a number of different areas of the law, but his current practice focuses almost exclusively on personal injury and medical malpractice cases.  He works hard to maximize his clients' recovery--both physically and financially.  He utilizes the support of an experienced paralegal but has always been committed to making himself personally available to his clients.

Concerned for the success and welfare of his community at large, Greg has contributed by representing indigent clients pro bono, volunteering at legal clinics, and helping at food banks.

He enjoys boating, skiing, fishing, hiking, traveling, SCUBA diving, and traveling with his wife and their family. 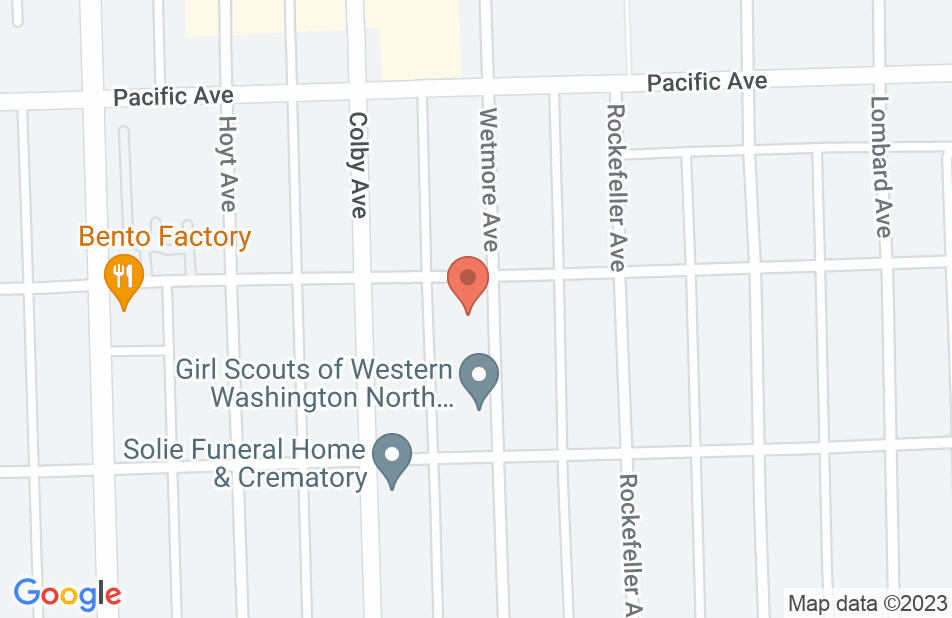 One year ago I was hit by a driver who ran a red light. A coworker of my husband gave us Greg's information. He offered us a free consult, and after meeting with him for a few minutes I hired him on the spot. He worked hard to get us the best possible settlement and kept us well informed at every step. I will gladly refer him to anyone in need
This review is from a person who hired this attorney.
Hired attorney

I had a personal injury claim from a restaurant incident. I had a previous health history and it wasn't a lot of money they were wanting to compensate for their negligence. After the restaurant lawyers wouldn't budge on negotiating with me on a reasonable amount for everything I'd been through I looked for a lawyer. I was having a hard time finding a lawyer who would be willing to take my case because it wasn't worth big money overall, only about $25,000 or so. Mr. Marshall heard my case, listened to me, and helped me. I told him the amount I wanted to walk away with after his fees, because of everything I had been through and the restaurant's gross negligence. He was able to work with the restaurant's lawyers and get a reasonable settlement. The amount would have paid me a little under what I wanted to walk away with so Mr. Marshall adjusted some of his costs so I could walk away with that amount. He cares about his clients.
This review is from a person who hired this attorney.
Hired attorney

Greg was very responsive, kept at it in order to make sure I was getting healthier. He was great to work with and I would highly recommend him. Knowledgeable, friendly and overall just a good guy. If a need ever comes up I know who I would pick and so should you.
This review is from a person who hired this attorney.
Hired attorney

I was in the middle of a marriage dissolution when i came to turn for profesional assistance i was reffered to greg we started the proceedure greg and linda were very informative of all protocals and proceeduals which tool alot of stress of me final result i got my part of parental visitation so im very pleased with working with gregs team definetly recommend greg marshals services.
This review is from a person who hired this attorney.
Hired attorney

I was in a severe car accident.. rear ended at 50 mph while at a stop light.. After some serious searching, I chose Mr. Gregory Marshall to represent me with my lawsuit.. Mr. Marshall was indispensable with his knowledge and actions in this matter. I was impressed with his communication skills and perseverance with the insurance companies and adjusters he had to deal with. After all was said and done, Gregory was able to get me an excellent settlement. I highly recommend he and his company to successfully represent any other clients that would need his type of service in pursuing a lawsuit and settlement. Thank you Greg!!!! James
This review is from a person who hired this attorney.
Hired attorney

Greg walked me through everything I needed him to, gave me 100% accurate advice. Represented me with pure respect, and kindness. He helped me get my boy back in my life. He is a great guy. He is passionate and caring. He sees you as a human being and not just a dollar sign.
This review is from a person who hired this attorney.
Hired attorney

My wife and I were in an auto accident in August of 2011 with us both sustaining injuries with my wife's being the worse of the two. The other party to the accident was clearly guilty and had insurance. However, in the nearly three years after the accident, their insurance never contacted us with any type of settlement. We knew that we would need an attorney but did not know there was a statute of limitations on filing a claim against the insurance company. We found out about the limitation just several days before it ran out. We contacted a couple of the big name attorneys who you see advertised on television and they all insisted they needed at least six months notice. We found Greg Marshall through an attorney referral service and when we contacted him, he agreed immediately to meet with us about the case. We met with Greg and after hearing our story agreed to take the case. He explained to us exactly how it all would work and then set about filing all the legal documents and getting things moving. In approximately four months, Greg had accomplished what we considered nearly a miracle and had obtained our settlement and resolved all open issues. We found Greg to be knowledgeable and true to his word. He explained things to us as they evolved and accomplished exactly what he said he would do. We would highly recommend him to anyone who is in need of the type of service he provides.

Greg Marshall is for REAL!

Some years ago, I met Greg Marshall thru a mutual acquaintance, when my own Insurance company was playing the blame game with me, about who's fault an auto accident was, their other client, who was ticketed or me. I described what was happening to Greg, who had never seen nor heard of me before and I will never forget his comment to me; " Sometimes you just have to do what is right" and he took me on as a client, which surprised me, as there wasn't some big settlement to be had, just the righting an obvious wrong. Like most of us who have never had an experience with an attorney in a situation like this, this was not what I was expecting. Since then we have remained friends and I have come to understand him as a person of high moral character , who takes his responsibility towards his clients seriously. When we finally went to arbitration in that long past situation, he came in dragging a suitcase and I asked him if he had just come from the airport. "These are your files" was his response. Right then I knew I was in good hands and without getting too personal, I have to say that we did end up getting a very generous settlement for my injuries, which still mystifies me to this day. Greg Marshall is for real, in every sense of the word; professionally, morally and as a personal friend and acquaintance. I would not consider using anybody else to represent me when dealing with the big corporate machines that lord it over the common man.

Mr. Marshall is definitely a one of a kind attorney! He listened attentively to every word we spoke, and was sympathetic to our families needs. He knows the law, and answered every question without having to refer to books or someone else. Most importantly he made us feel welcome and comfortable, which is a very rare quality in an attorney. When we left his office, we felt he truly cared about our plight. I am so glad we chose Mr. Marshall to handle our family law case, we know we are truly in remarkable hands.

Greg was always willing to meet me around my schedule. He also kept me informed every step of the way. Greg was incredibly knowledgeable and never made me feel uncomfortable in regards to my questions. I have recommended people to him over the last couple years.
See all reviews

I endorse this lawyer. I have worked with Greg on two different occasions involving personal injury auto accidents. Greg is well prepared, knowledgeable, and a strong advocate for his client. Greg works hard and obtains excellent results. I recommend Greg's legal services to any client without hesitation.

Robert Miller, Divorce and separation Attorney on May 24, 2013
Relationship: Opposing Counsel on matter

I endorse this lawyer. Greg is a tireless advocate for his clients. He ensures his clients are well informed and well represented while maintaining the highest level of integrity.

I endorse this lawyer. He is dedicated to seeking compensation for those injured due to the negligence of others and has earned great accolades from his clients as a result of his work.

I endorse this lawyer. Greg is a passionate and committed advocate. He is very skilled at litigating personal injury claims.

Attorney Marshall is held in high esteem by his clients and his colleagues. His expertise and experience make him a great choice to represent you.

I endorse this lawyer. I have worked with Mr. Marshall as a colleague for many years. He is an extremely knowledgeable and respected attorney. He is very professional and his work is of the highest quality. It is my pleasure to give him my endorsement

I endorse this lawyer. His answers are insightful and well thought out.

I endorse this lawyer. He generously devotes a significant amount of time answering questions on Avvo. His contributions are thoughtful, insightful, well reasoned and detailed. His answers indicate that he is very knowledgeable in his practice areas.

I endorse this lawyer. His answers to questions in the Avvo community are practical and thoughtful.