I grew up in Portland, Oregon. After high school, I first moved to Corvallis in 1993 and was an electrical engineering student at Oregon State University. After three years, I transferred to University of Colorado at Boulder to complete my engineering degree.

After my undergraduate work was complete, I worked as an electrical engineer for six years, primarily with Intel Corporation in Hillsboro, Oregon. In 2002, I started law school as an evening student at Northwestern School of Law at Lewis and Clark College while continuing to work full time at Intel. During this time, I attended law school classes after work.

In 2004, I left Intel and took a clerking job at the Portland firm of Swanson, Thomas, and Coon. There I worked with a number of exceptional attorneys, primarily in the areas of workers' compensation and personal injury law. I also developed an interest in criminal law and criminal defense.


In 2006, I took a position as a certified law student at the public defender's office of Multnomah Defenders in Portland. I was certified to appear in court on behalf of clients for misdemeanor trials, arraignments, motion hearings, and DUII diversions. After graduating from law school in 2006, I joined my father and wife to create West Valley Law Group PC in Corvallis, Oregon.  There, I focused primarily on general litigation practice and criminal defense.

After two years of successful practice, in Corvallis, I relocated to Portland to continue the practice of law after Tim Brittle retired.  I have grown my law firm to as many as 5 attorneys, and have since reduced it to the convenience of a solo practice. I have practiced extensively in the area of family law, divorce, criminal law, restraining orders, and Oregon stalking orders. I have successfully argued before the Oregon Court of Appeals and Oregon Supreme Court.

My hobbies include cycling, running, listening to music, running, computers, and recently, triathlons. People who know me will also describe me as passionate about politics and social justice. 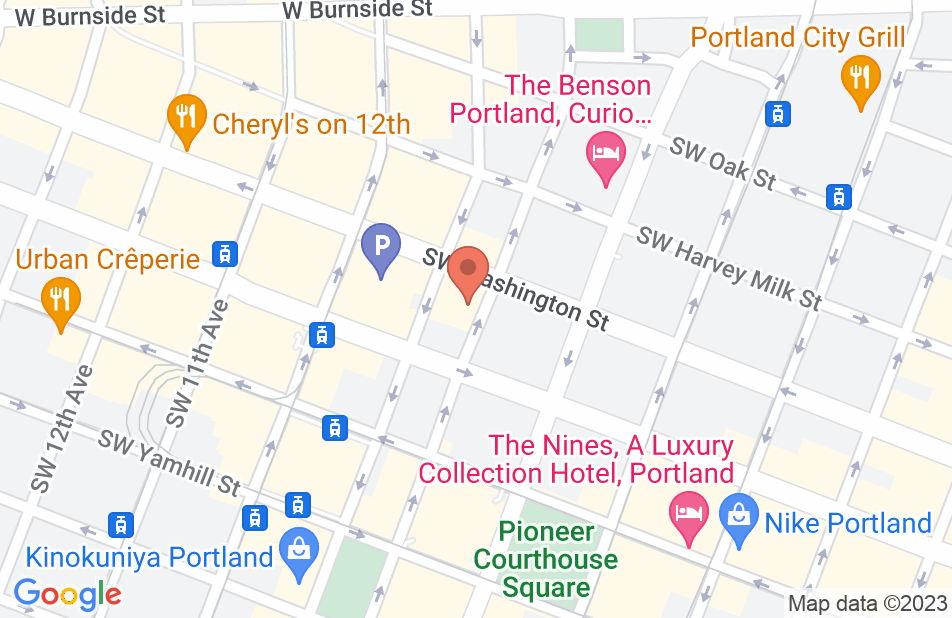 I went to a big party about a 12 months ago, and let's just say that I ended up in a bit of legal trouble on my drive home. I contacted Adam at the suggestion of a friend who used him before in a criminal case. Adam met with me right away and gave me the rundown of all of my options. He was way organized, he even gave me a bunch of stuff to take home with me and read to help understand the law process a bit better. I had a total of 2 court appearances with him, and each time he was early, prepared, and at ease. I was so nervous coming going to court since I had never been before, but felt much better once he took control. I barely had to do anything. When all was said and done, things played out exactly like Adam said they would. I can't say the process was fun, because it was not, but having Adam as my lawyer made things 1000x easier. I would definitely recommend him if you end up talking to a police officer after a bit touch (ahem) too much to drink.

After being badly burned by another lawyer, I came to Adam and Jill hurt and angry. They were quick to respond and were amazing at trying to fix what the other lawyer had screwed up for me. Unfortunately I found them a little too late and am stuck with a lot things in my divorce that should have been avoided with a trustworthy lawyer. I loved working with them. They were generous and kind and I feel almost that their amount of careful respect for me and my bad situation has made up for a lot of the upset I experienced with my previous one. There ARE great lawyers out there and these are two of them.

When my boyfriend and I were being sued by his mother for third party visitation, we were scared and confused about our rights as parents. Adam Brittle brought to our attention our constitutional rights along with the laws. He guided us every step of the way. Affordable, trustworthy and smart. He not only guided us through the whole court procedures and what needed to be expected, but also took the edge off of alot of worry. Considering this was a lady who was a threat to our children, he brought a sense of understanding and peace. He cares about his clients. We won and he helped with bringing peace back into our lives. I strongly suggest this firm. I had many offers prior to going with Brittle&Brittle. He took the time to review the situation and even the laws that would be included with the case during our first interview. During that interview we just knew we wanted to go with him. They know what they are doing and they care. I am so grateful for this firm.

I've referred a number of my clients to Adam's firm and I can endorse this lawyer.

I endorse this lawyer. Adam is a skilled attorney and is well respected in the legal community.

Adam's brings both a keen legal mind and a compassionate nature to every representation. I am proud to know him and never hesitate to refer a potential client to him.

I am proud to be working for Adam as an associate at Brittle & Brittle. Adam is compassionate, tough, and thorough. He zealously advocates for his clients and helps to find practical solutions to their problems.

I endorse this lawyer. Adam is the person I refer my closest friends and family to when they need a smart and compassionate family lawyer. I worked with him at the Public Defender's office and was constantly impressed by his demeanor and advocacy skills. He is an excellent attorney.

I have known Adam on both a professional and personal level for years and trust his judgment and expertise completely. I often recommend him to clients and would not hesitate to recommend him to a friend in need of a really good domestic relations attorney.

I have known Adam personally and professionally for years and trust his judgment completely. Not only do I know him well, but we have worked together on litigation cases so I can say with confidence that he is a first rate lawyer. He is sensitive and attentive to the needs of his clients as well as smart and aggressive when he has to be. I recommend him highly and if you are lucky enough to get him to work on your case you’re lucky.

Adam Brittle is a thoughtful and skilled family law attorney. He has a reputation for working collabrotively to find solutions rather than just outcomes. Both Adam and Jill recognize that family law is an emotional process and accordingly offer clients both legal and practical advice. Client's and opposing counsel can expect a positive expericence in working with this firm.

Adam and Jill are a fantastic team of attorneys. Both are extremely knowledgeable about their practice areas. Their peers--as well as clients--rely on advice and suggestions from Brittle & Brittle because they know it will be honest, upfront, and truthful. They are a family oriented team that really bring a calming presence in a practice area where emotions run high. I highly recommend Brittle & Brittle.

Adam is very intelligent, knowledgeable, and passionate about family and business law. I have worked with him and he has helped me on numerous occasions. I often recommend clients to him and they have are always satisfied. I am happy to give a glowing endorsement for him!

Adam is well organized and will stay on top of your case with attention to all the details.

I thought highly enough of Adam to marry him and make him my law partner.