The founder of Chambers Law Firm, Dan E Chambers, has been in practice for over 25 years. He served as a Los Angeles County Deputy District Attorney for six years and was in private practice at other firms for approximately 15 years, handling a wide range of highly complex litigation matters. Dan’s primary area of practice now involves the representation and defense of individuals and businesses in all types of criminal and administrative matters, in both federal and state court throughout southern California. As a former prosecutor, Dan has unique insight into the criminal justice system that enables him to provide his clients with quality representation for charges ranging from DUI, petty theft, domestic violence, and other misdemeanors to homicide, kidnapping, sex crimes, and other serious felonies.

I pay referral fees to attorneys who refer matters to me. 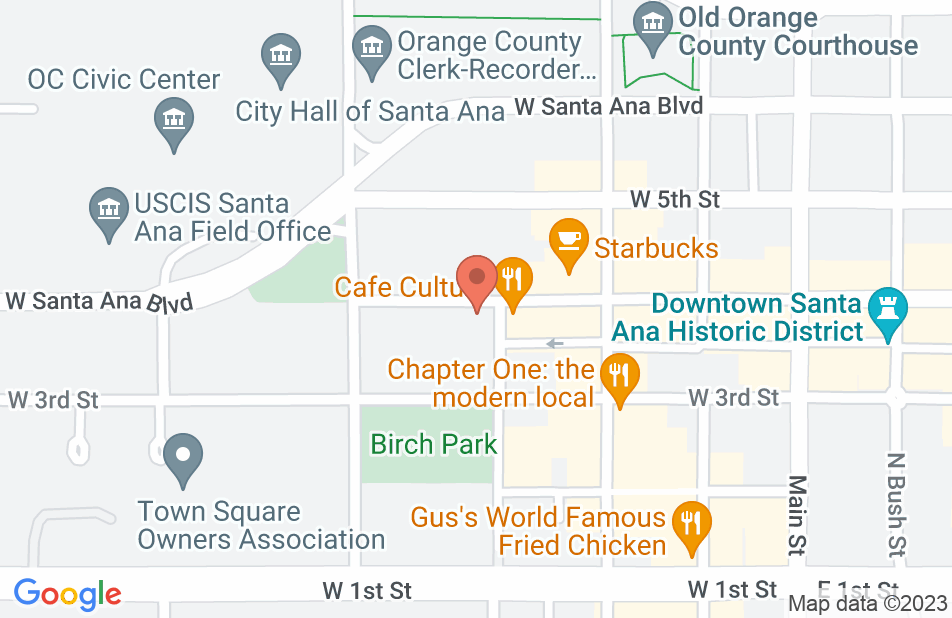 Excellent support and advice over a long journey

Dan Chambers was a trusted partner and advisor throughout my interactions with the judicial system. Early on he ensured I gained the time to make some adjustments to my work and commute schedule in anticipation of driving restrictions. Throughout the journey, I felt informed about my position and knew what to expect. Through patience and persistence, Dan was able to get an outcome I was happy with. I’ve come to know Dan not just as a great attorney but also as a great, personable and kind man. I strongly recommend Dan and his firm to anyone who takes their legal situation seriously.
This review is from a person who hired this attorney.
Hired attorney

I have found my self in some quite almost irreversible problems with the law and I am more than thankful to have been acquainted with Mr. Chambers and his law firm, his skills and knowledge are phenomenal and this is the main reason I have returned for his service. They treated my family and myself as their own, and gave me the absolute smoothest ride I could possibly have had with the road we were on. Also to add, court cases can be very confusing with trials and correct documentation, Mr. Chambers was always professional and explained everything to me in fine detail, I never had any surprises. I will always cherish Mr. Chambers and I will always come back to him for advice in the future. If my closest friend or family member needed help with the law I wouldn’t hesitate to have them contact Mr. Chambers. He is someone I can trust, he is smart, and he knows his way around the courtroom. I know you will not regret meeting or consulting with him or his law firm.
This review is from a person who hired this attorney.
Hired attorney

Dan is a excellent lawyer !! He is my lawyer now on nobody else. I got a forth dui and he handled it for me was always making sure everything was taking care of and good. I highly recommend. If you need a lawyer don’t walk run to him !!
This review is from a person who hired this attorney.
Hired attorney

The only lawyer you need

I don't have much experience with attorneys, so my review might now be the best; however, if I ever find myself in the position where I need one again, Chambers Law Firm will be the first and only law firm I call. I reached out to Mr. Chambers back in 2018 to help with my case, a misdemeanor DUI, a misdemeanor under the influence charge, and felony possession with the intent to sell charge. Where other attorneys did not even return my call, Mr. Chambers did return my call and decide to see me. After meeting Mr. Chambers for a consultation, I decided that I would take his offer and retain him for my case. I chose to do this in part because he was the only attorney that agreed to see me, but also because I was impressed by his knowledge and skill and, more importantly, his heart. I could tell after that first meeting Mr. Chambers was an attorney who was doing what he did because he enjoyed the work, and he enjoyed helping people. He saw people as people, not just paychecks. However, this initial assessment of Mr. Chambers was, lucky for me, not accurate. I underestimated how much of a personal interest in his clients Mr. Chambers takes. As my case went on, I began to see Mr. Chambers as much as a friend as an attorney. A friend that was skilled and knowledgeable in law and was willing to fight and keep fighting till was confident he was getting me the best deal. By the end of the case, Mr. Chamber managed to get two of the three charges dropped, and the third one was reduced to a misdemeanor, and while Mr. Chambers was willing to fight longer to get the final charge dismissed, I decided to take the deal that was offered. In summary, Mr. Chambers is an exceptionally knowledgeable and skilled attorney who cares about his client and will fight to bring you the best outcome on your case. And while I hope that you may not need an attorney, chances are if you are reading this, you probably do, and if I am correct, stop looking and call the Chambers Law Firm. Now.
This review is from a person who hired this attorney.
Hired attorney

Great lawyer highly recommended him he’s helpful and friendly Keeps you update on your case.. he gave me a great deal.. chambers is the man... don’t sleep on him take my word give him a call
This review is from a person who hired this attorney.
Hired attorney

In 2016 I was charged with three counts of animal cruelty with no where turn my text lady at the time said call attorney Dan chambers I called mr chambers who admitted that he knew nothing about horses his expertise was 187 after hearing more about my case mr chambers said I can help you with that to my surprise mr chambers knowledge of horses grew he was a stallion in the court room to make a long story short i was found not guilty on all three counts of animal cruelty 3/15/2018 Dan is the man if he don’t know it he will educate himself he is worth the price of admission
This review is from a person who hired this attorney.
Hired attorney

Lancaster animal control and district attorney was going to railroad me until.i called the law offices of Dan chambers.mr chambers direlle that train today 3-15-2018 . I Joseph Jordan Davis was found not guilty of three counts of animal cruelty so don’t delay call the law office of Dan chambers.i did in I’m a free man
This review is from a person who hired this attorney.
Hired attorney

Dan Chambers was a representation of hope to me and my family. He empathetically fought for me as if he was fighting for himself. He and his team's dedication to my case made me feel comfortable. Not only was he able to defend me from unjust accusations; He did it with a skill that produced just results. My family and I will be forever grateful for his help in winning my case.
This review is from a person who hired this attorney.
Hired attorney

I hired Dan for a DUI case. Was tried two separate times, first resulting with a hung jury and second resulting in a not guilty verdict. Dan is very professional, personable, and knows his stuff. He works magic in the court room and his experience shows. I would highly recommend Dan to anyone. You will not regret the decision. Plus you'll get some laughs along the way (he's a good, funny dude).
This review is from a person who hired this attorney.
Hired attorney

He walked me through every outcome that could happen. Then Mr. Chambers explained what he was going to do for me and what would happen. My case ended up being closed. He put my mind at ease in a very stressful time in my life.
This review is from a potential client who consulted with this attorney.
Consulted attorney
See all reviews

(56)
Are you an attorney? Endorse this lawyer

I had the wonderful opportunity of working with Dan on a couple of matters during my time as a Law Clerk. Can't say enough about the passion and energy he brings to the work he does.

I highly endorse Mr. Chambers. Truly exceptional and caring attorney who produces great results in representing clients! I want all people to contact him for help.

It is a privilege to write this endorsement on behalf of Mr. Chambers. Mr. Chambers' comments on Avvo are relevant, respectful, and helpful. His efforts and contributions bring credit to the legal profession.

An excellent and well respected member of the legal community. I endorse this lawyer.

With a great track record of published answers to consumers' questions on Avvo.com and the recommendations from clients and attorneys alike, it is easy to see that attorney Chambers is skilled and knows the law well too. If you have a legal question in his area of expertise, he is your answer.

I endorse this lawyer. It's obvious that Attorney Chambers has a commitment to helping out not only his clients, but the greater community by giving insightful answers on AVVO.

I endorse attorney Dan Chambers due to his extensive experience in criminal and DUI matters and his track record of success.

Dan's reputation as a lawyer is impeccable. His experience, local endorsements and rating is off the charts. Reviews by former clients speak volumes. READ THEM! If you are in or near Irvine do yourself a favor and schedule a consultation with him first.

I endorse Attorney Dan Chambers. If you need counsel in Orange County, look no further. Call Mr. Chambers and obtain a consultation.

I endorse Dan. He is a fierce litigator with experience and compassion.

I endorse this lawyer. Dan is fierce defender of his clients. He is a well respected attorney in the legal community.

I endorse Dan. He is a highly skilled attorney that is well respected in the legal community.

I endorse this lawyer. He's smart and helps his clients with his legal skills.